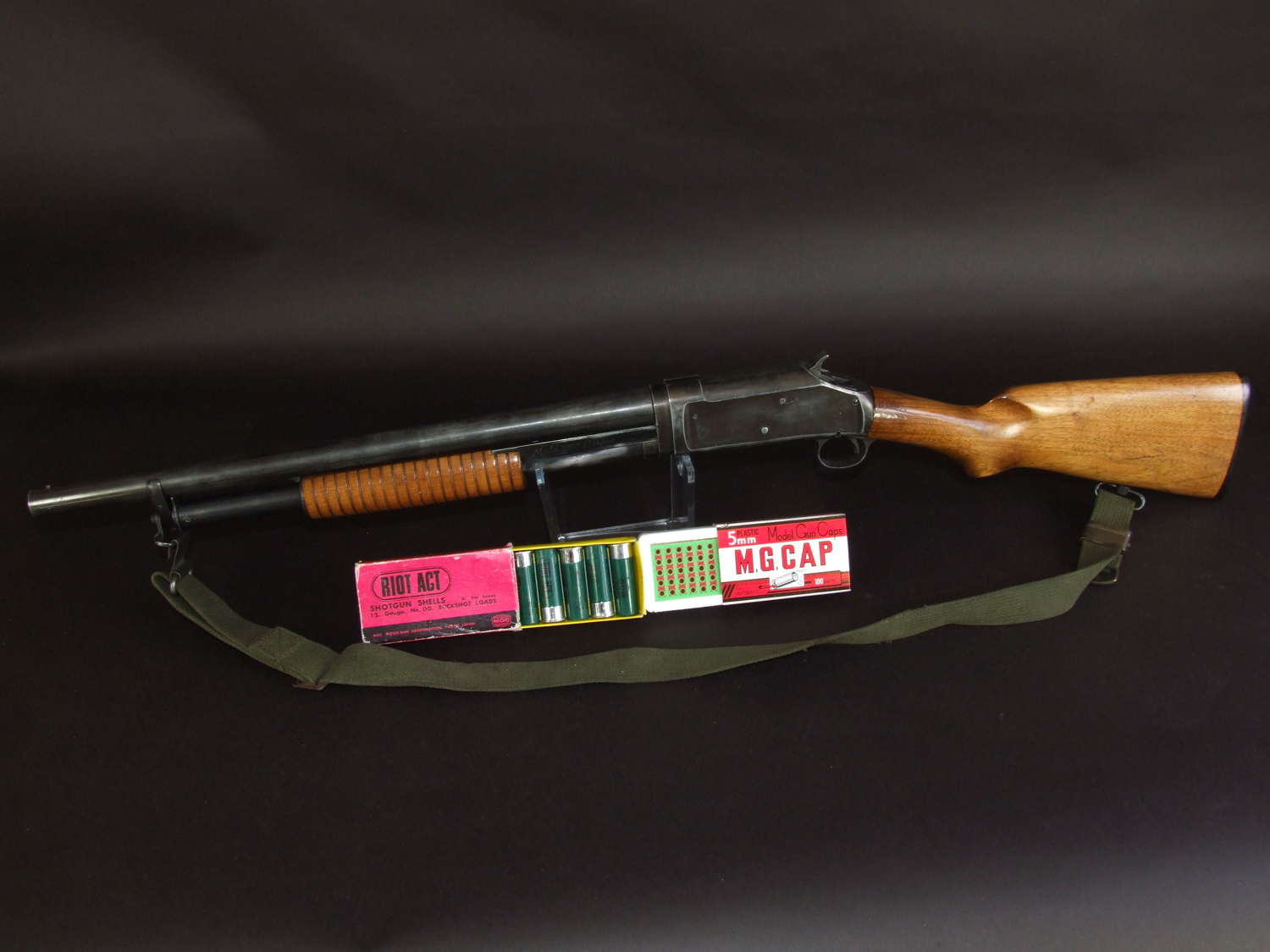 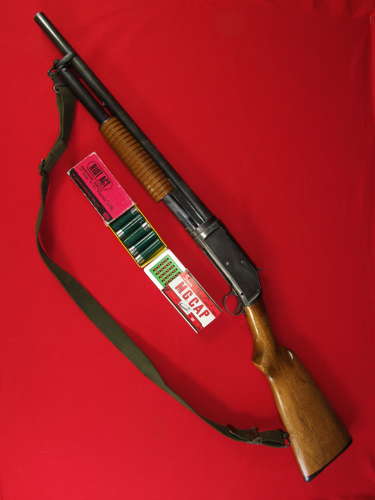 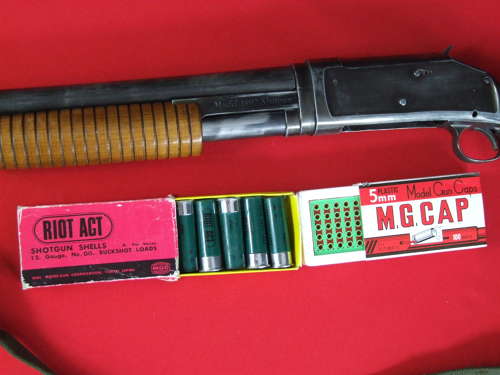 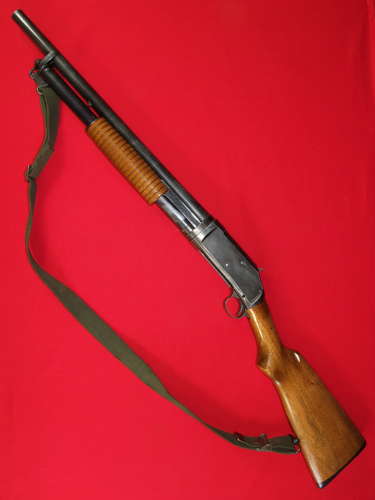 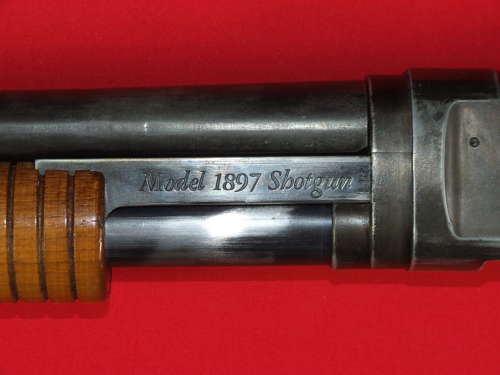 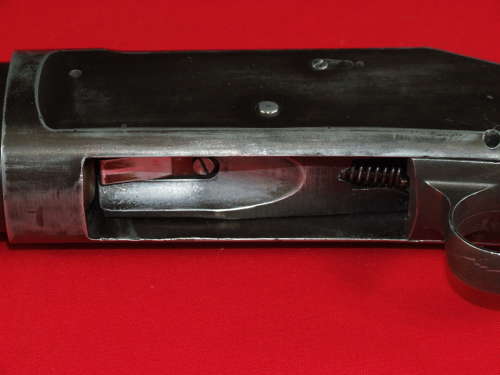 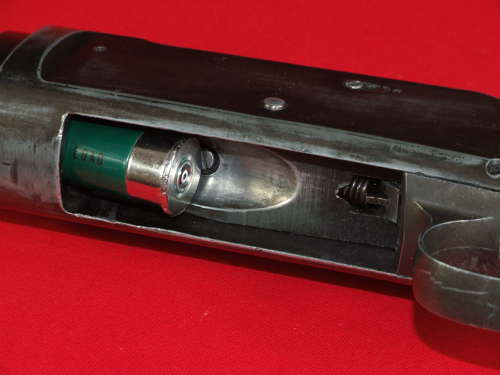 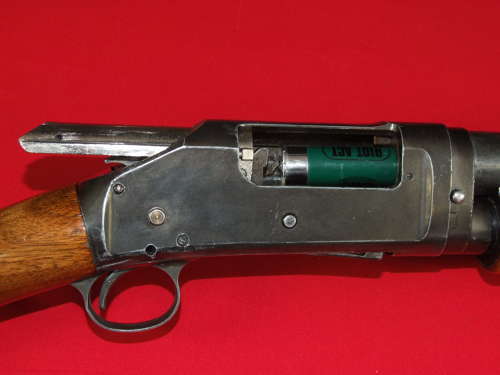 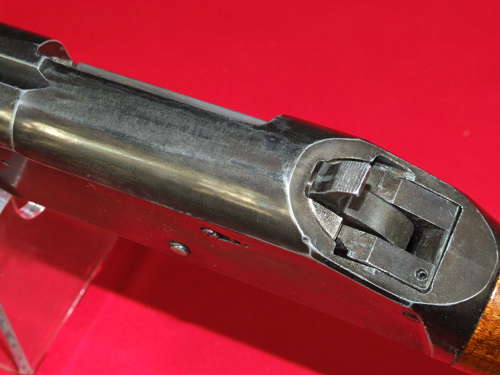 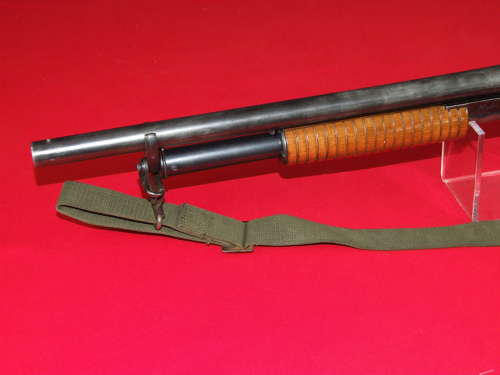 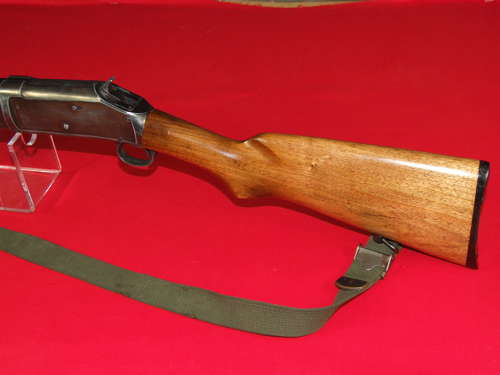 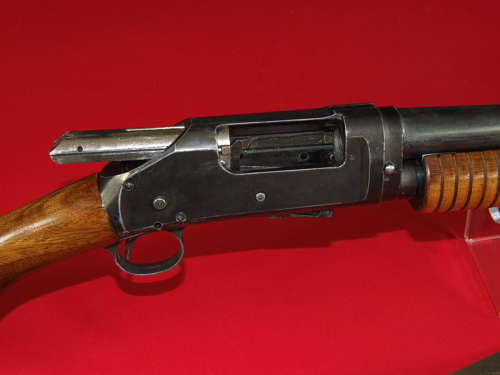 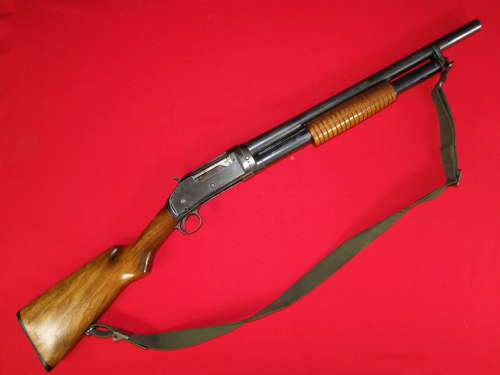 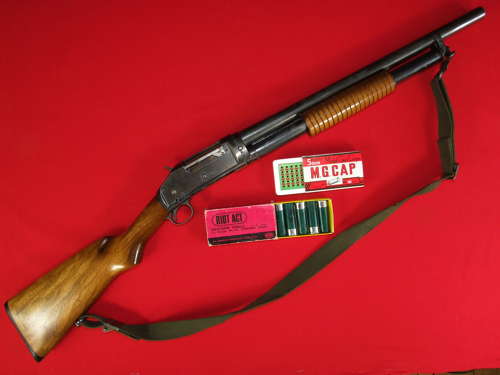 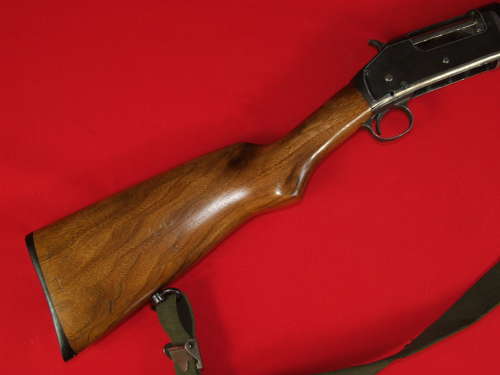 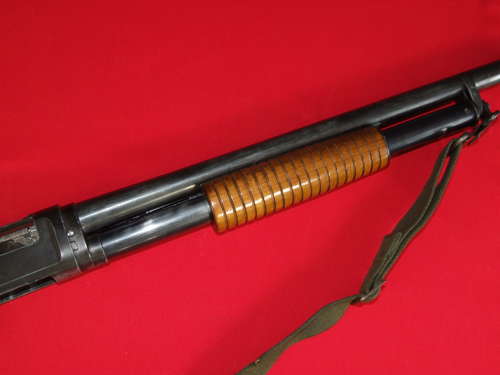 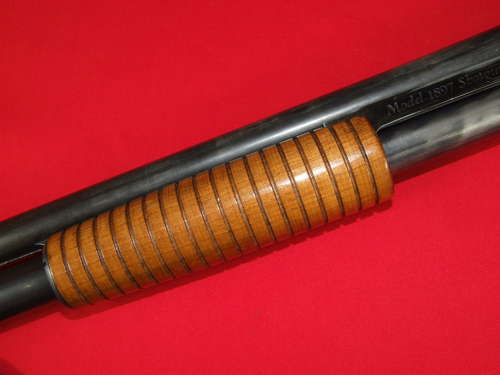 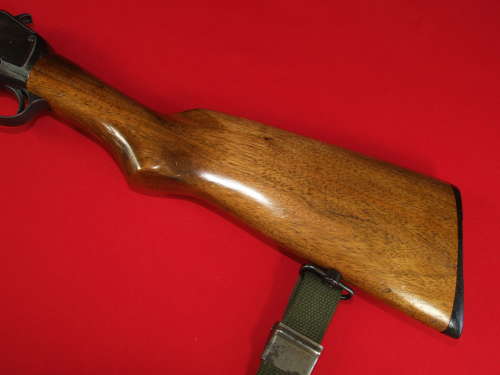 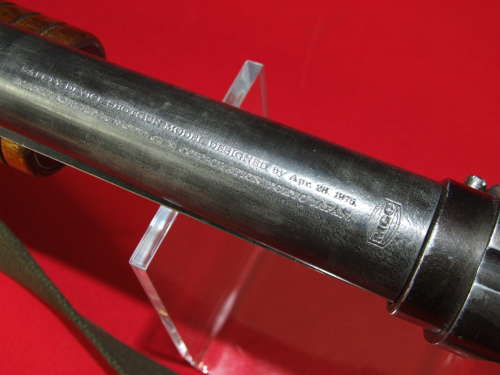 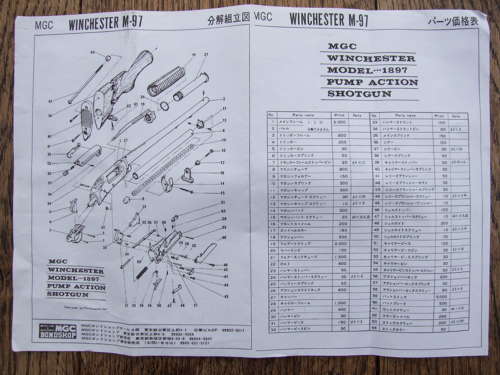 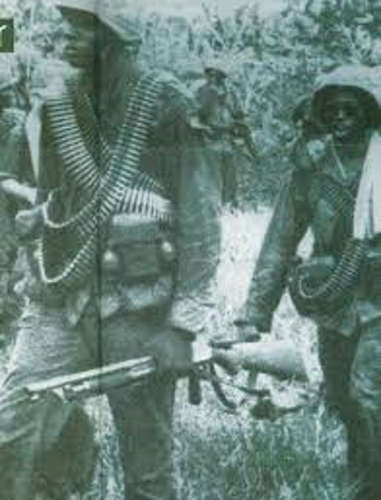 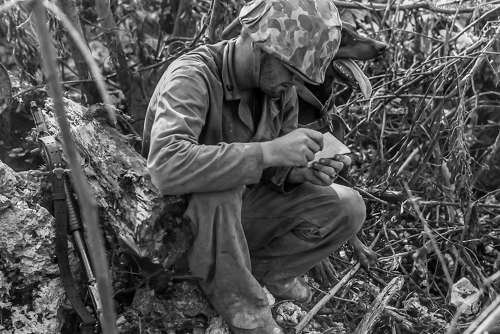 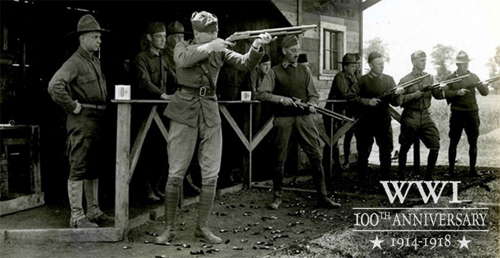 An MGC (Model Gun Corporation) replica of the Winchester 12 gauge pump shotgun Model 1897, also known as The Trench Gun, used by the US Army, Navy and Marine Corps and produced from 1897 until 1957.

This is an early all metal and wood example in overall very good condition with some wear to the blueing and very light bruising to the stock.

Marked “Model 1897 Shotgun”on the left side and “Safety device shotgun model designed by Apr. 28. 1975 Manufactured by Model Gun Corporation Tokyo Japan” along with the MGC Logo.

No longer in production, this model gun is available to those in the UK ONLY of 18 years or above and who meet the following criteria:

A museum or gallery.

The production of films and television programmes.

The organisation and holding of historical re-enactments; or