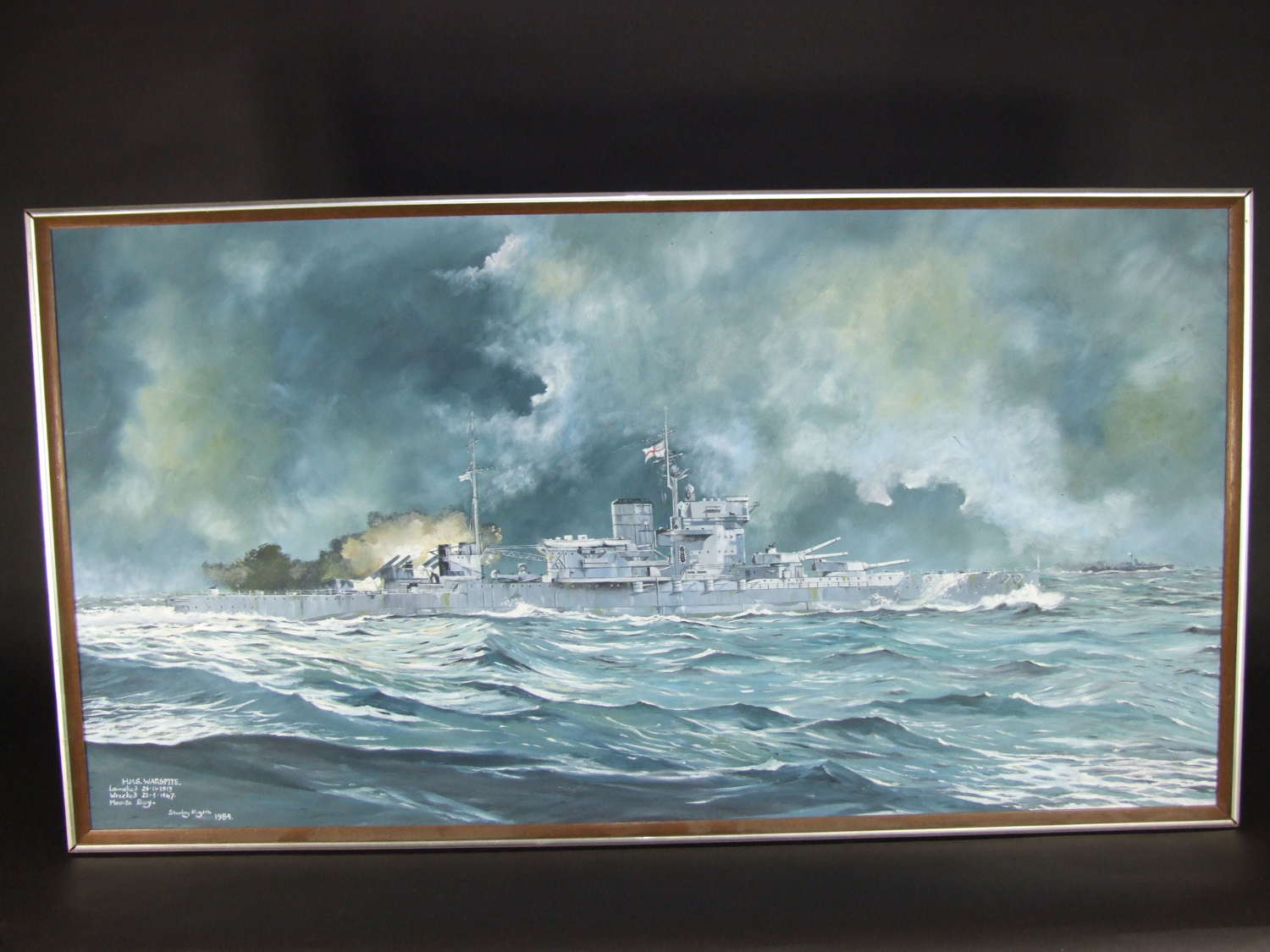 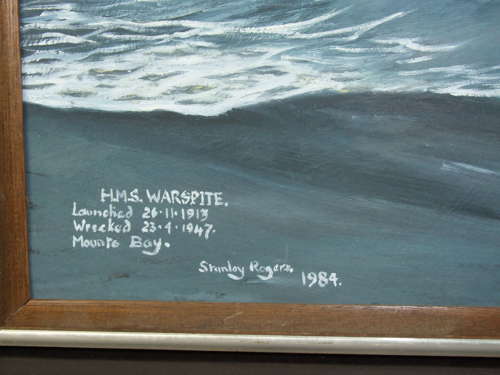 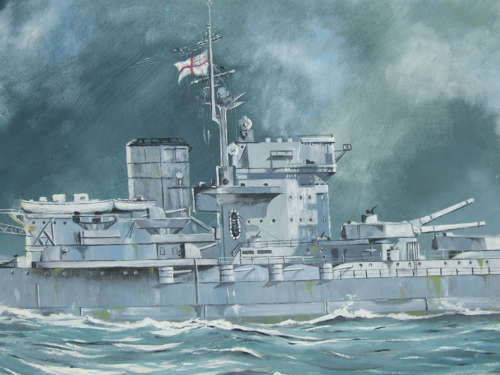 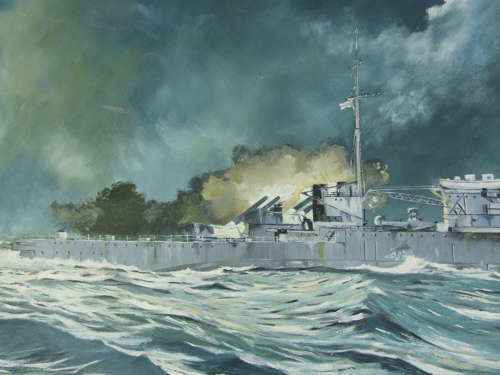 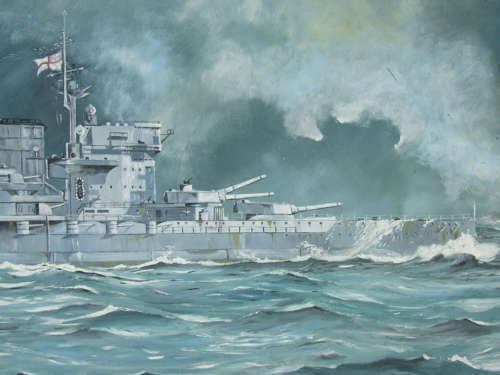 Signed by the artist Stanley Rogers in 1984 it is painted on cardboard and is in very good condition, framed but unglazed.

HMS Warspite was a Queen Elizabeth-class battleship, the seventh warship of the Royal Navy to carry the name. Her thirty-year career covered both world wars. She was involved in several major engagements including Jutland in WW1, the Normandy landings and several major battles in the North Sea and Mediterranean, earning her the most battle honours ever awarded to an individual ship in the Royal Navy and the most awarded for actions during the Second World War. For this and other reasons Warspite gained the nickname the "Grand Old Lady" after a comment made by her most famous commander, Admiral Sir Andrew Cunningham in 1943.

A nice backdrop to a naval collection