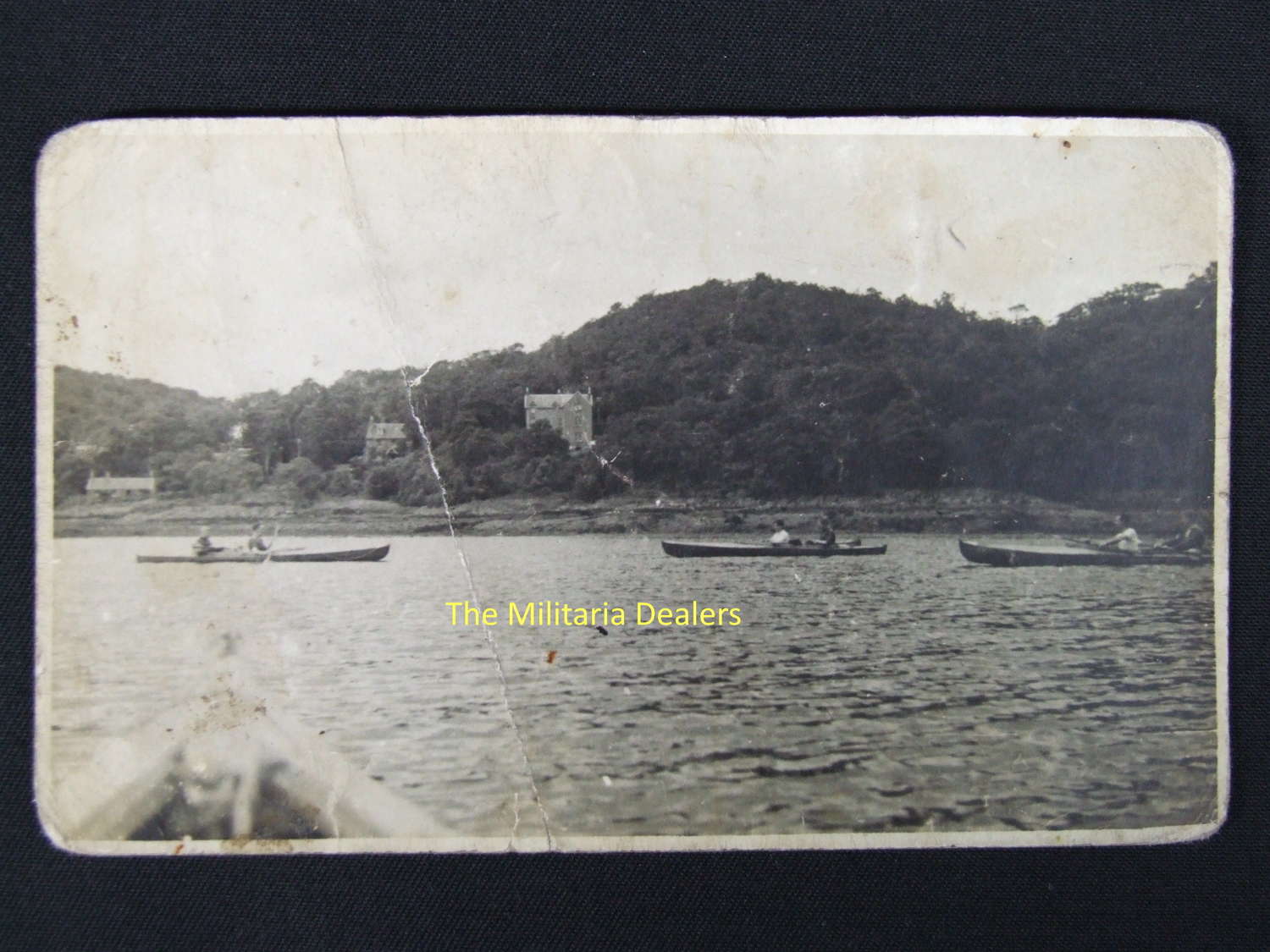 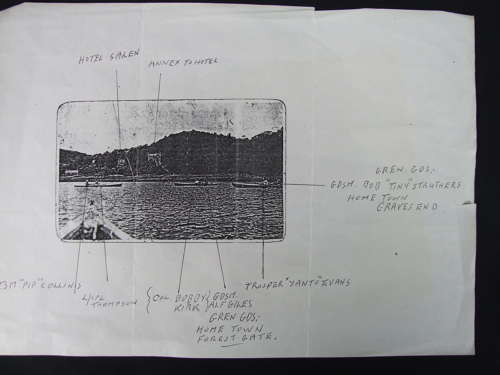 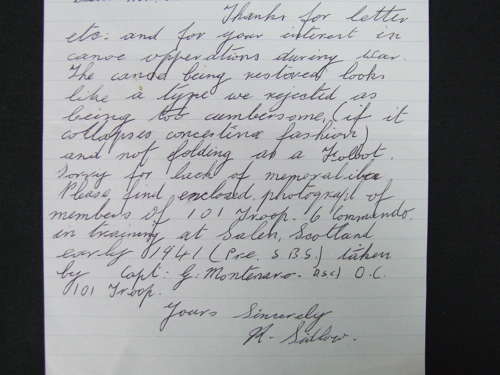 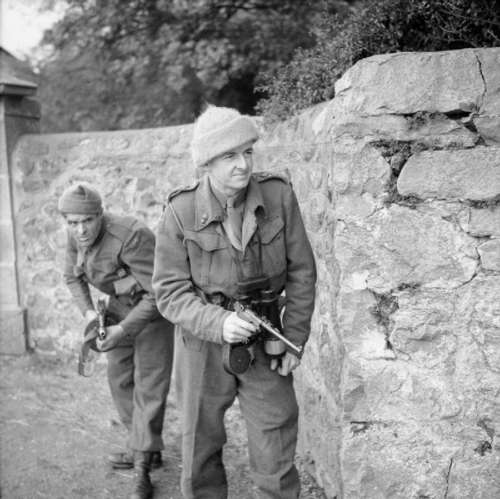 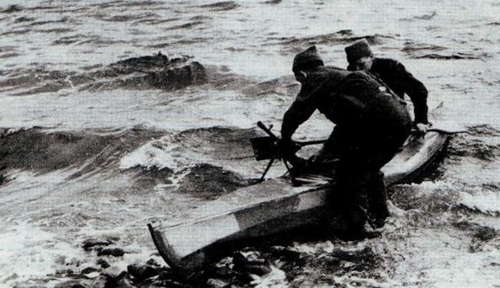 In the 1990 it’s present owner contacted a former member of 101 troop asking for information on the canoes used to help with a restoration being undertaken at that time. His reply is included in the sale. He also took the trouble to include a photocopy the picture itself and annotate it with the names of the canoe crews on that day.

101 troop was a seaborne troop within 6 Commando and used canoes or folding boats. They had their own distinctive shoulder flash.

The final two photographs are not included in the sale and can be found on the internet, one being of Captain Montenaro during training in Scotland and carrying a WW1 artillery Luger. He was awarded a D.S.O (Distinguished Service Order), in recognition of gallant and distinguished service on 11/12 April 1942 at Boulogne harbour during Operation J V.