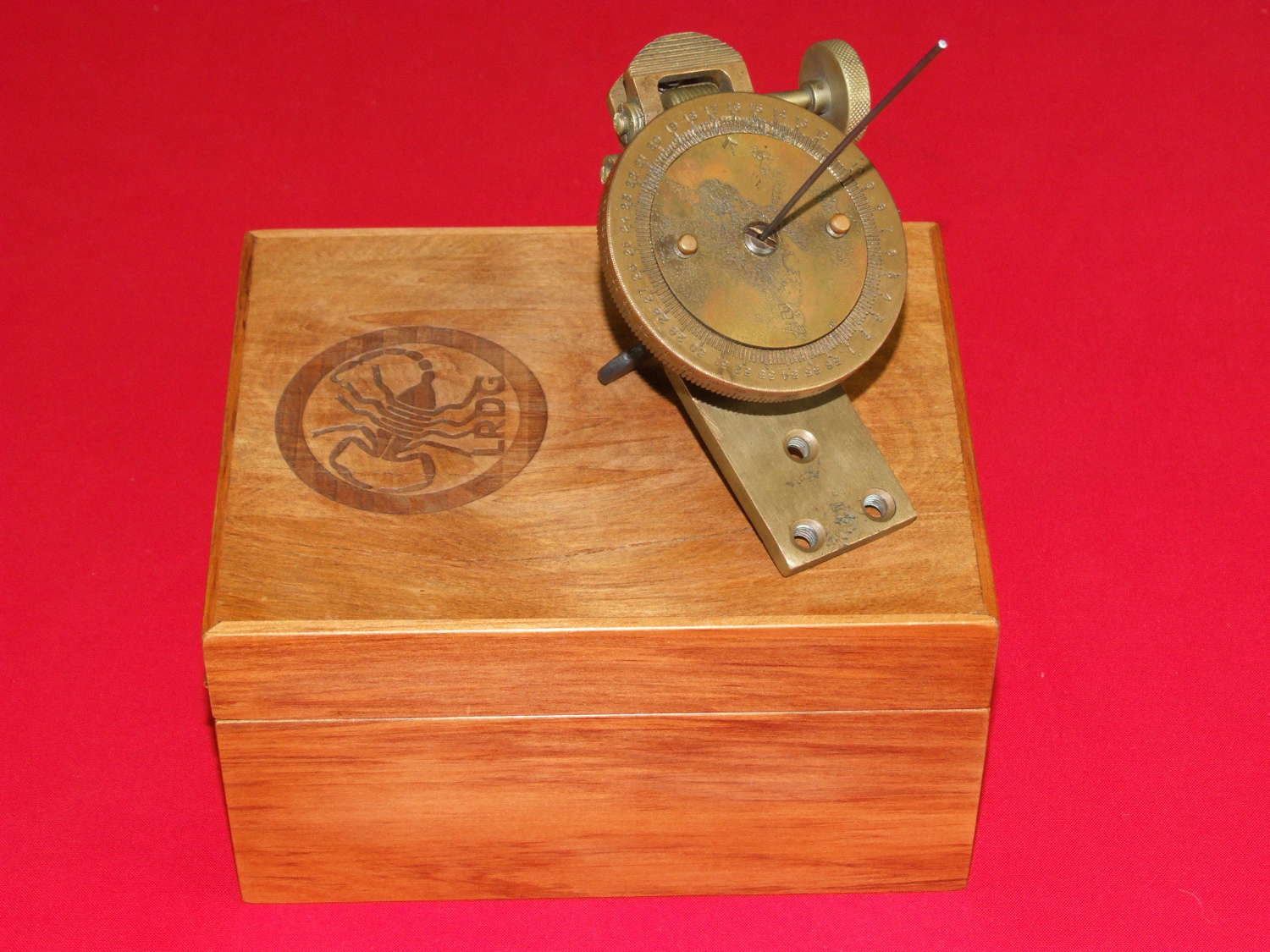 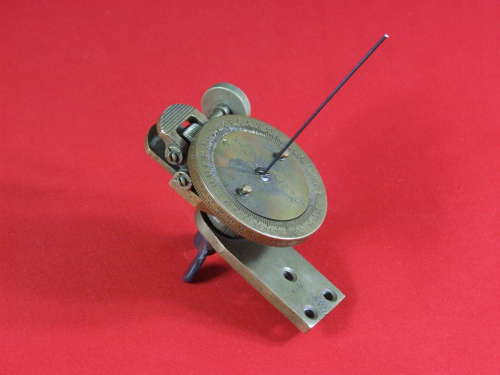 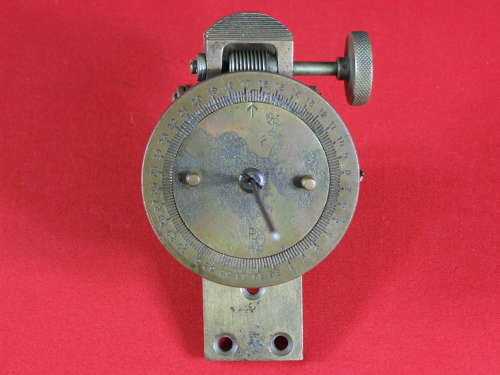 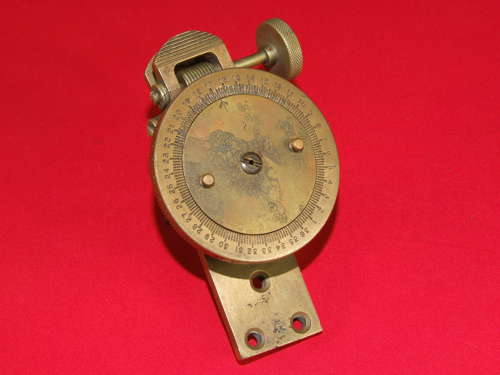 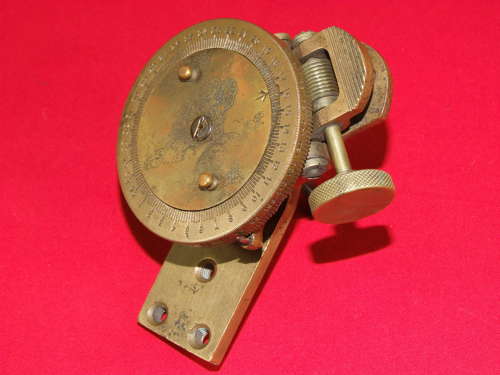 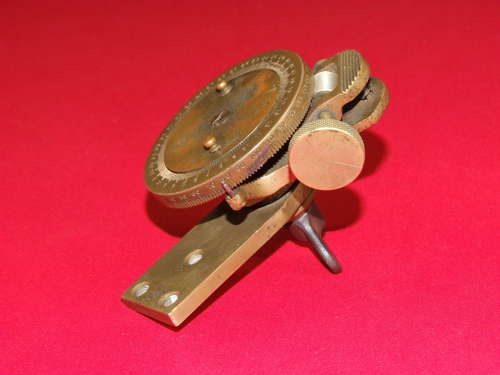 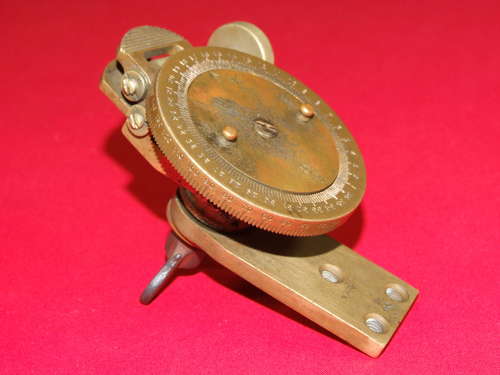 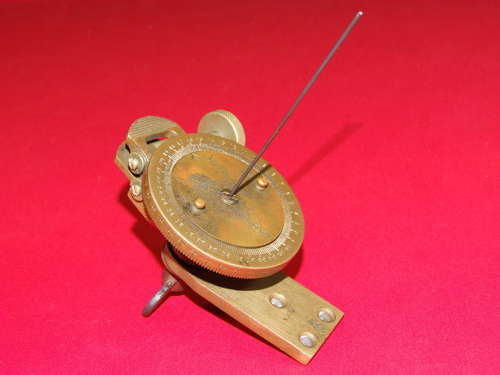 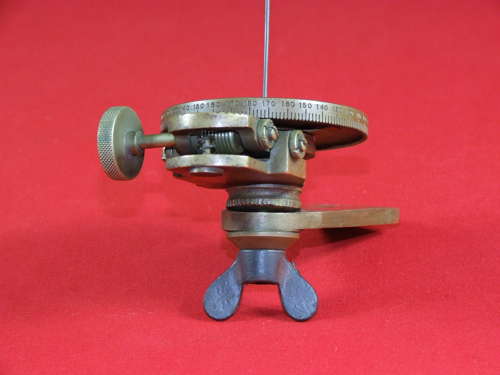 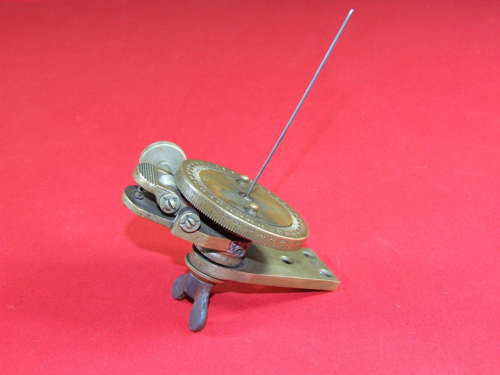 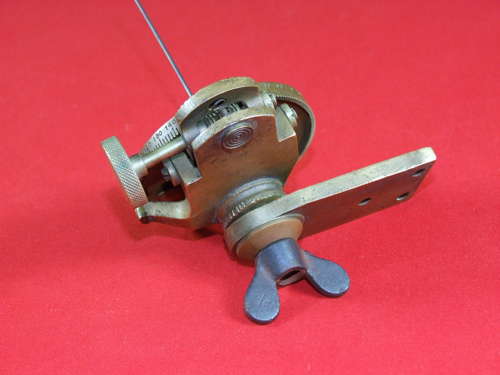 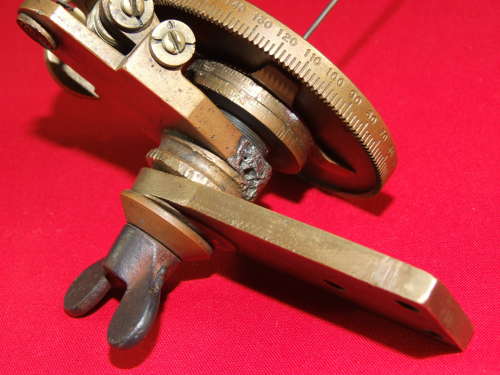 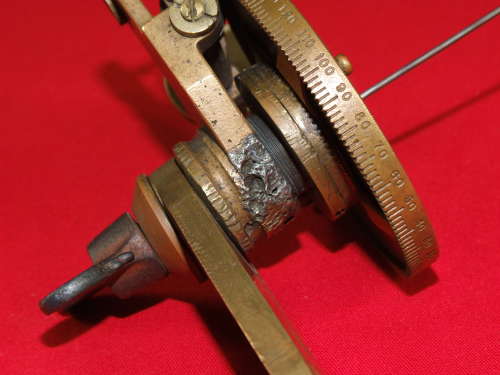 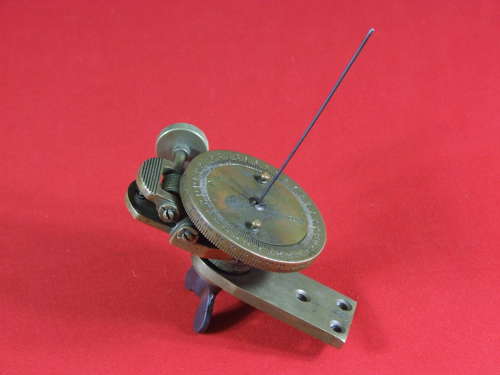 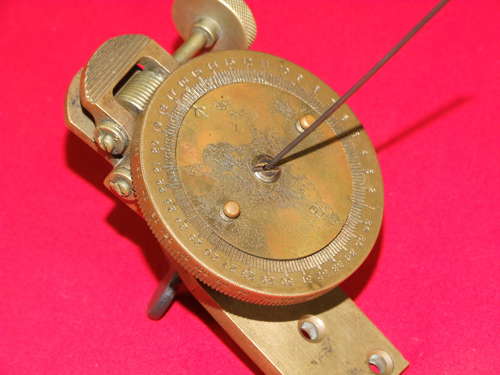 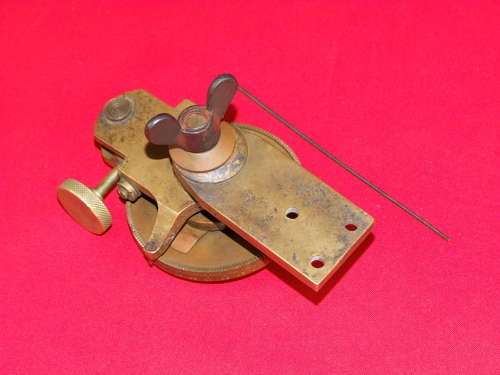 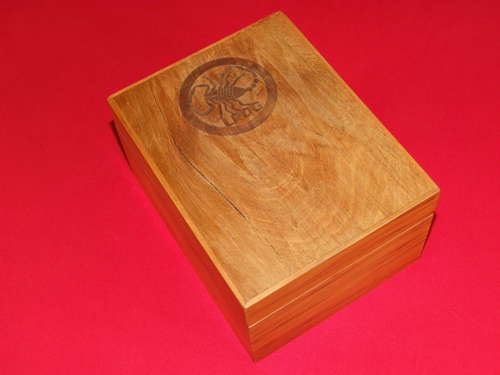 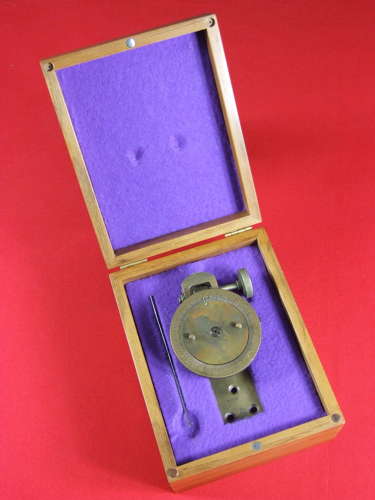 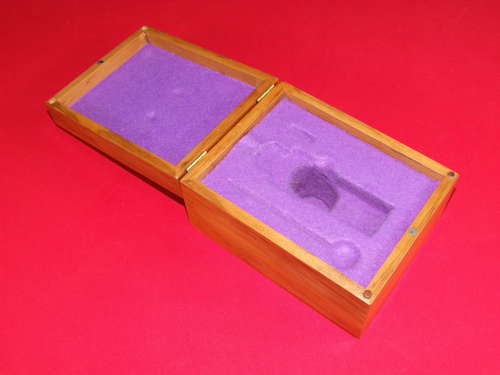 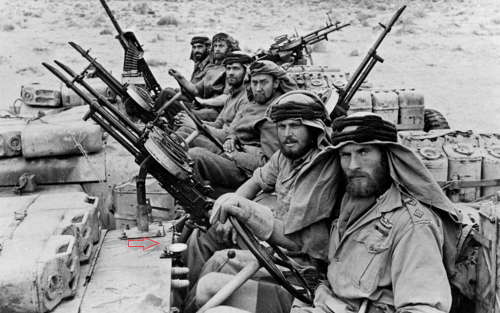 Believed to be only the second genuine example to have been offered on the market this incredibly rare Bagnold Sun Compass appeared at auction in New Zealand some time ago and eventually joined a Long Range Desert Group collection here in the UK. This example bears the maker’s trade mark PD but the manufacturer is unknow to me.

The condition is a reflection of its use by the LRDG, the original enamel layer in the upper likely lost during WW2, but all other parts in place. The compass moves smoothly and without fault, and the original vertical needle is present. The compass is presented in a bespoke felt lined box, with the exterior bearing the iconic emblem of the LRDG, the box of course being made later to preserve this iconic piece.

At the time of the auction some mention was made of an association with Gunner E.J.H. Henderson of the LRDG who was killed in a vehicle but no other information is available to link this piece to him although there is small area on the upper bracket which may suggest combat damage .

These Compasses were mounted on the vehicle by means of a simple bracket within view of the driver, an example of which shows well in the last image.

Founded in July 1940 by Royal Engineers officer Major Ralph Bagnold, the Long Range Desert Group (LRDG) specialised in raids and reconnaissance behind enemy lines. Bagnold’s men were energetic, innovative, self-reliant, physically and mentally tough, and able to live and fight in seclusion in the wilderness. With the addition of the Bagnold sun compass, they became masters of desert navigation.

In the barren and featureless North African desert, most of which was unmapped, Bagnold became frustrated with poor performance of the magnetic aero-compass given to him by the Royal Geographical Society. The compass was mounted on his vehicle, but he could not compensate it properly due to the magnetic influence of the car’s metal. Often forced to stop his car and take bearings away from the vehicle, the delays to the convoy this caused were unacceptable for Bagnold.

Bagnold therefore invented a new sun-compass that could be used while still driving. This worked by turning its disc to match the approximate azimuth of the sun (taken from tables of different dates and latitudes) at regular times.

"The compass we used was invented by Bagnold, and the advantage that it gave us over the sun-compasses used by the rest of the Army lay in the fact that it showed the true bearing of the course followed at any moment, whereas the other types only made certain that if the sun’s shadow fell on the correct time-graduation the truck was following a set course.

This meant that if one had to change course for any reason (and this happened all the time in rough country or sand dunes), the truck had to be halted and the compass set again. This was all very time consuming, and I have never understood why the Army did not adopt the Bagnold sun-compass, which was far simpler to operate, absolutely “soldier-proof” and, I would have thought, cheaper to produce."

An incredibly rare original piece and no doubt a once in a lifetime opportunity for the LRDG collector.