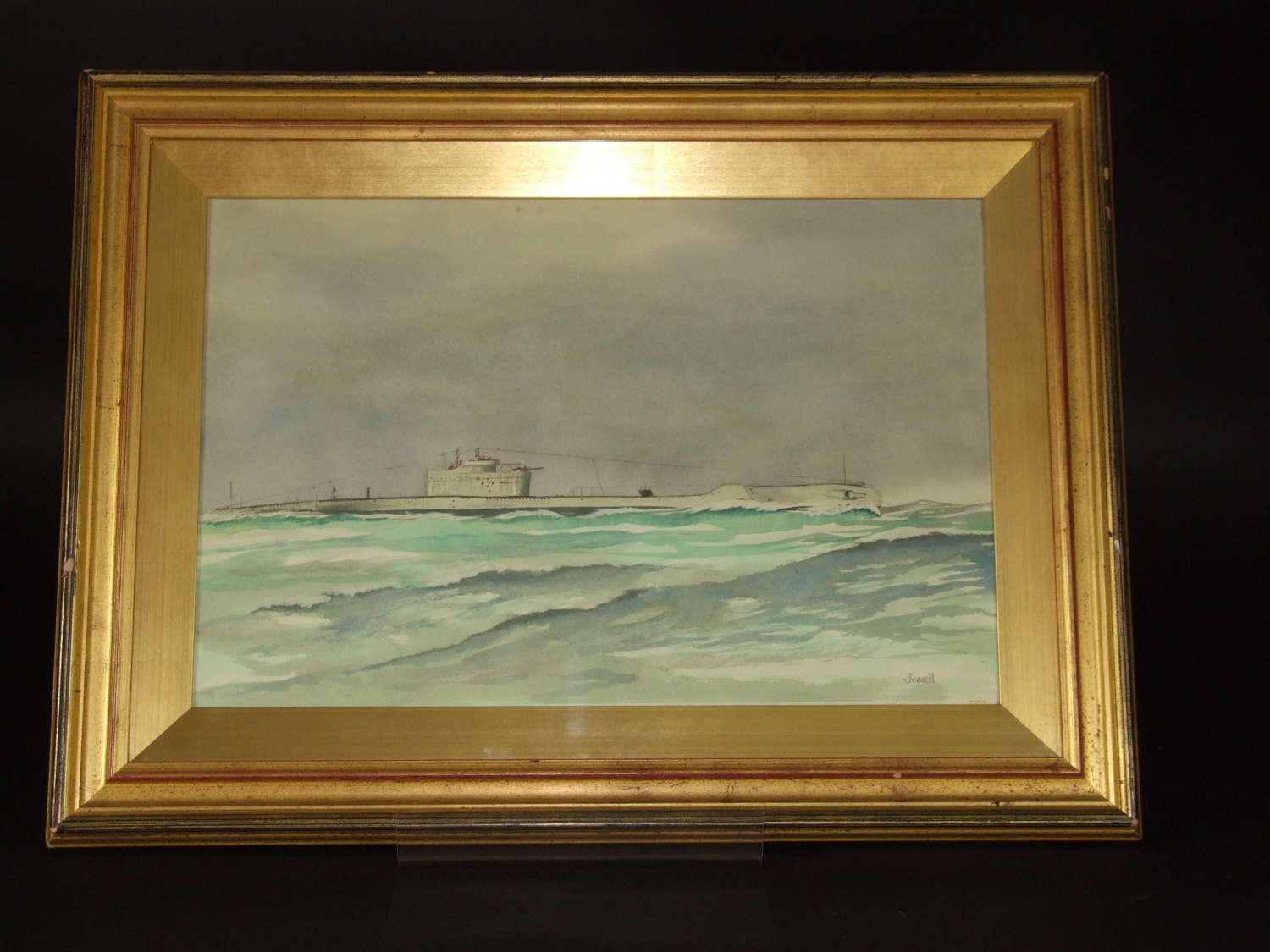 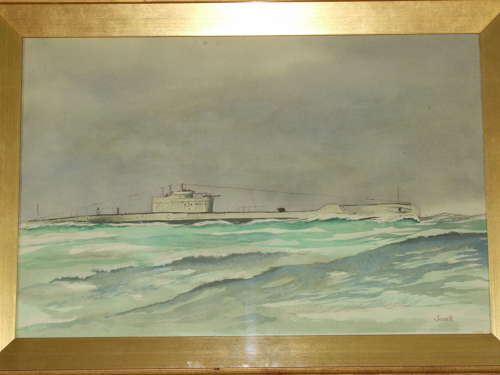 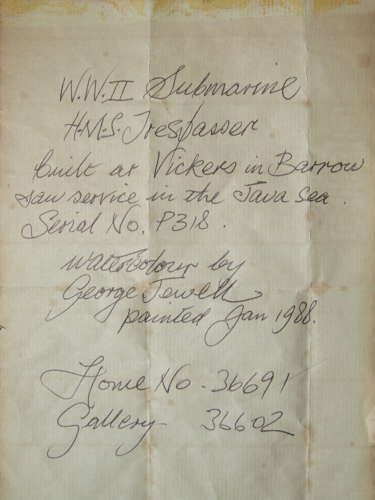 The painting measures 450mm x 290mm (framed 600mm x 450mm) and is in very good condition with some light knocks to the frame. A note included with the painting is signed and dated by George Jewell in 1988. He refers to the Trespasser in the note as P318 although she was in fact P312 and this is shown in the painting.

Although I have absolutely no evidence to support it, it is interesting to note that one of Trespasser’s Commander’s was Lt.Cmdr. Norman Limbury Auchileck Jewell although he only commanded her during a short positioning voyage from Scotland to Blyth. He survived the war and had two sons, so it is just possible that George was one of them

Norman Jewell had a very distinguished wartime career in Submarines and was awarded the DSC, received a mention in Dispatches and an MBE. As captain of the submarine Seraph, Jewell had the grim task of launching a dead body dressed as a Royal Marines officer, the fictitious Major Martin, handcuffed to a brief case of fake plans and letters, into the sea off Huelva, Spain.   This was Operation Mincemeat a plan to fool the Germans about preparations for landings in southern Europe.