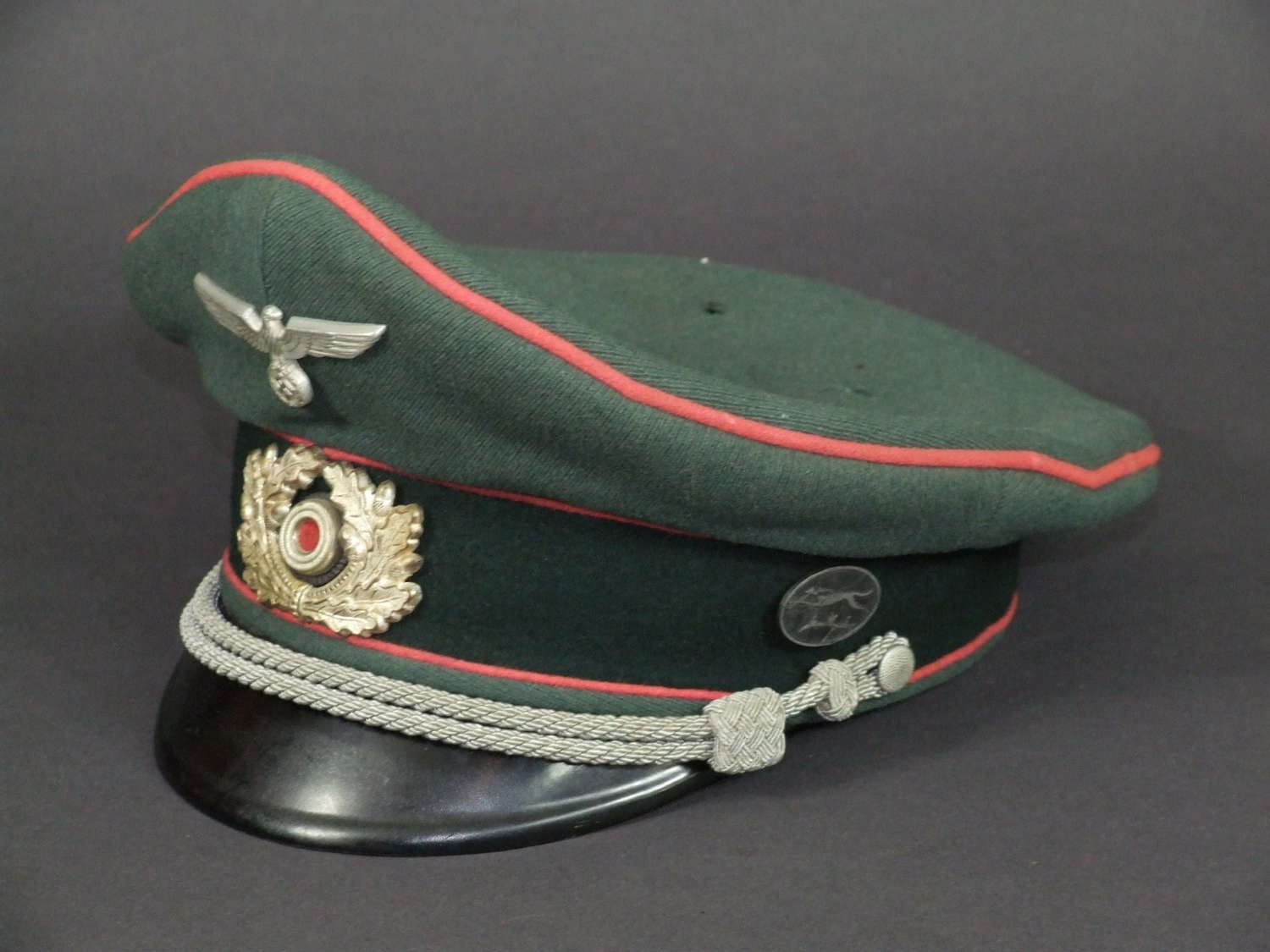 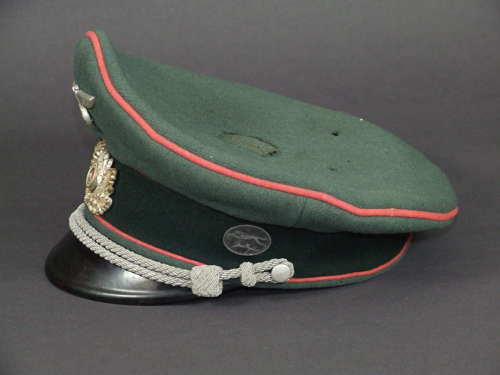 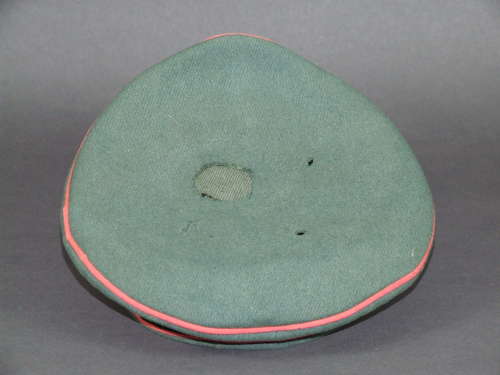 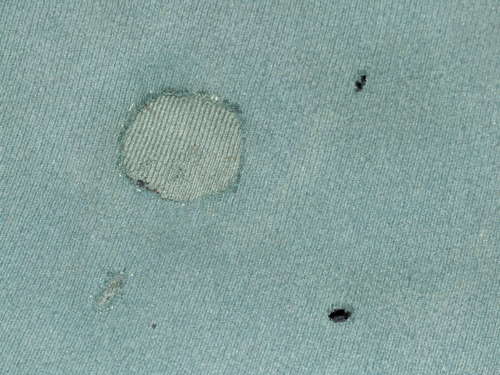 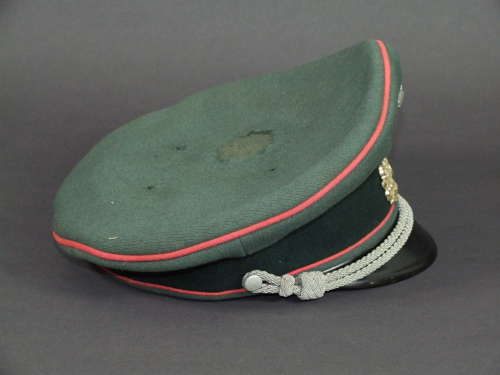 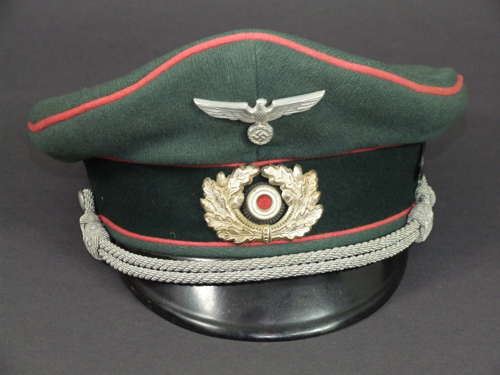 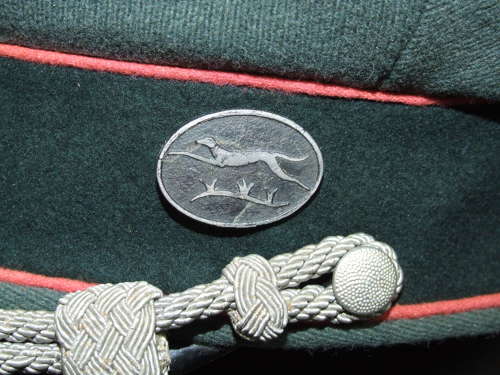 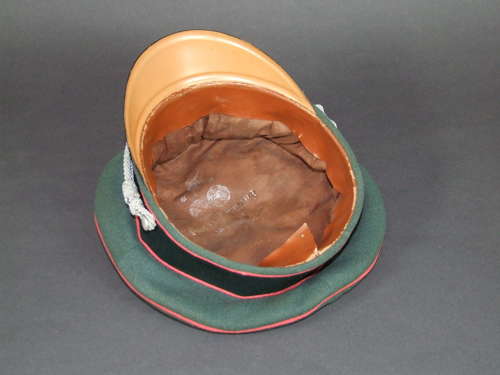 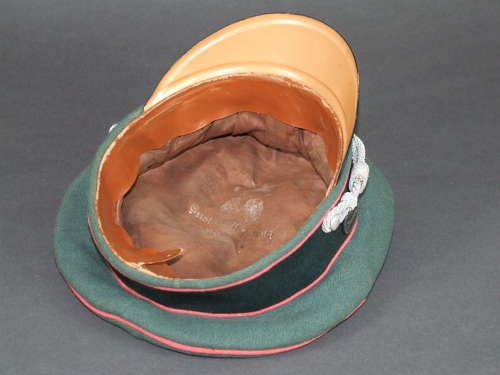 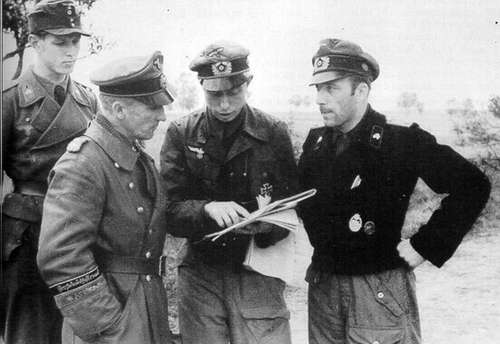 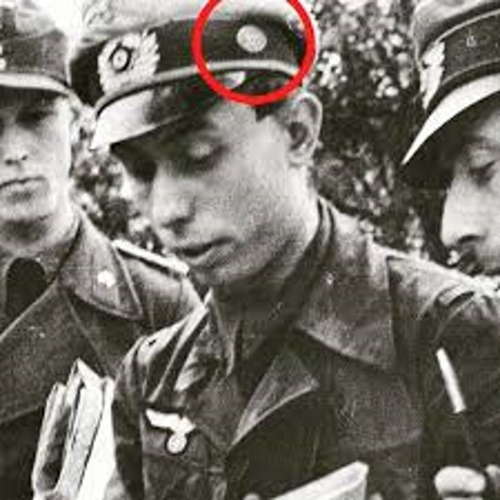 A damaged but very interesting Panzer officer's Visor or Peaked Cap with its original and very rare traditions badge to the 116th Windhund Division.

Manufactured by a maker in Rastatt in a high quality ribbed Tricot wool and piped with the pink waffenfarbe of the Panzer troops, the Cap has an aluminium eagle sitting above a nickel plated cockade below which is the officer's cap cord which in turn rests on a black vukanfibre peak or visor.

Inside, the Cap has an imitation leather sweatband and rust coloured lining showing the partly discernible maker's details.

Of significant note is the damage to the cloth on the brim. When I first offered this cap I was contacted by a Canadian friend  who immediately recognized it as one he had owned many years ago as High School stundent in Canada. Having seen an advertisement in his local paper offering artefacts for sale he went to visit a Canadian army veteran who was selling his war souvenirs due to ill health. He had been a field mechanic with the Canandian 10th Armoured Regiment, Ft Garry Horse of Winnipeg and collected and brought home everything he'd acquired at barracks, depots, from other troops, staging areas poker games etc. He recalled  that "as they came into Halifax Harbour a tannoy announcement on the convoy ships of the returning guys said that anyone caught with German souveniers would have their enlistment extended by six months" He said, "shorty afterwards you could see ships lift in the water as things went over the side". He took the risk and in the event there were no searches.

Everything then remained stored in his garage. Sadly, the mice had taken a toll over the years and this cap was wrapped in a Waffenroc which was completely destroyed by them, while the cap had a large hole nibbled in the top. A piece or original Tricot cloth has now been loosely stitched into place to somewhat improve the appearance.

In 1944 the 116th Windhund division participated in opposing the Normandy Landings and was trapped in the Falaise Pocket following Operation Cobra. Along with the 2nd SS Panzer Division, it was responsible for holding the pocket open to allow German troops to escape. It managed to escape, although with only 600 infantry and 12 tanks intact.

A damaged cap with an interesting history and greatly enhanced by it’s rare traditions badge to an elite unit which in my view constitutes a large part of the value .