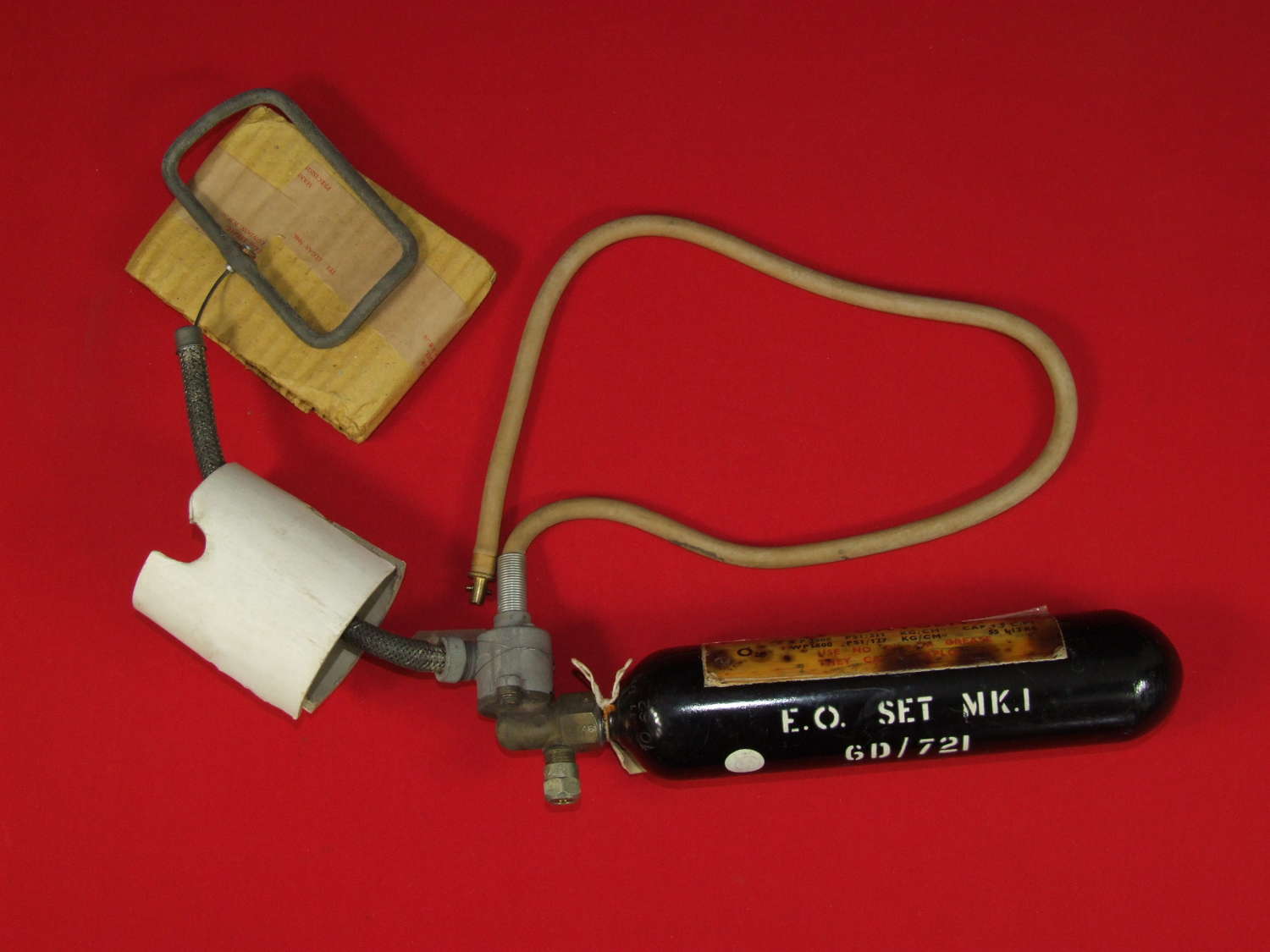 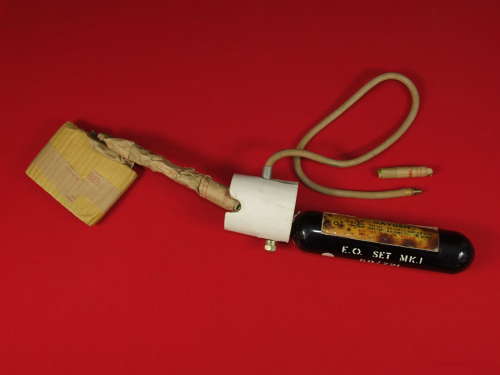 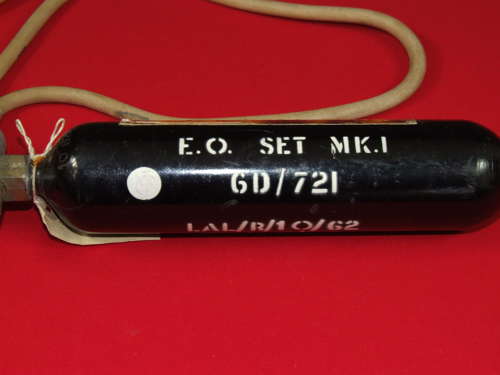 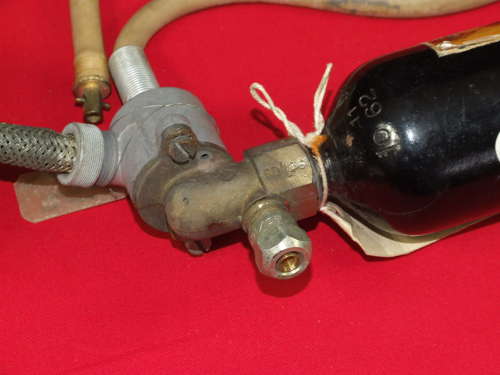 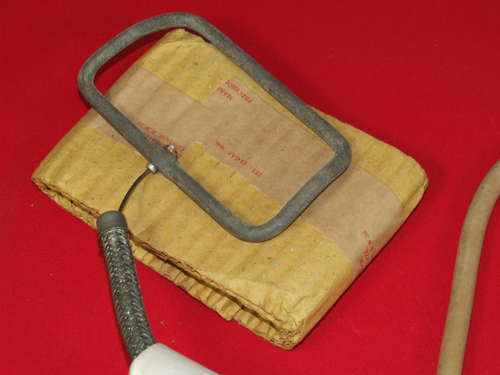 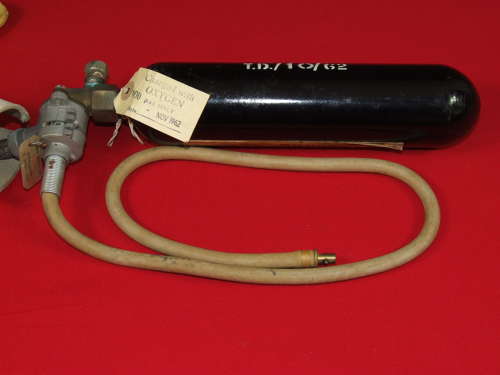 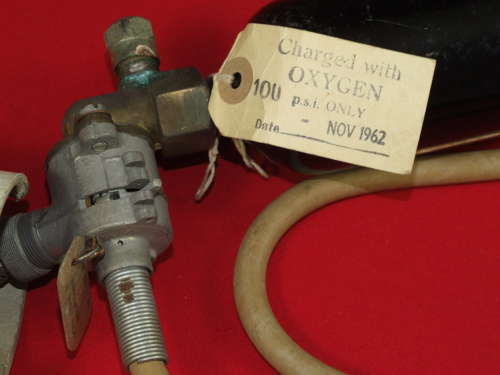 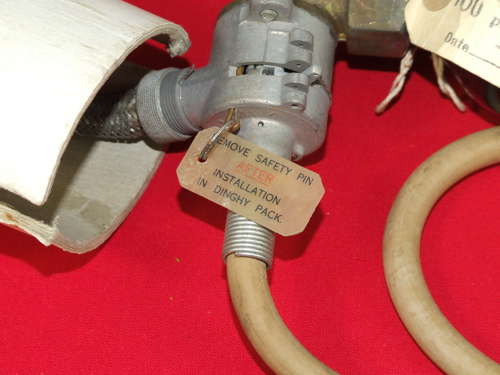 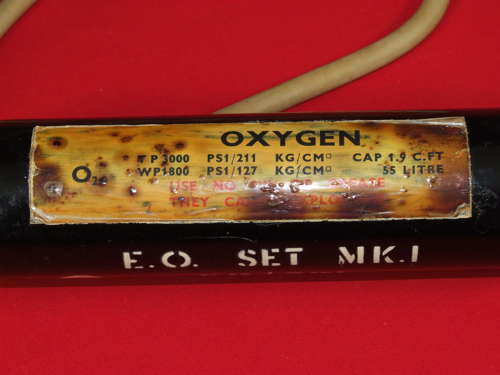 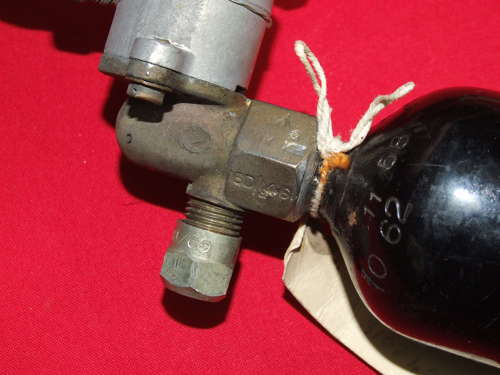 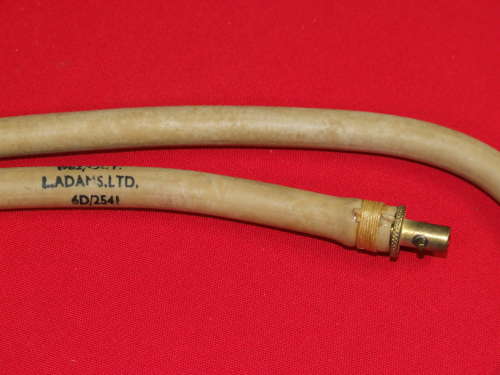 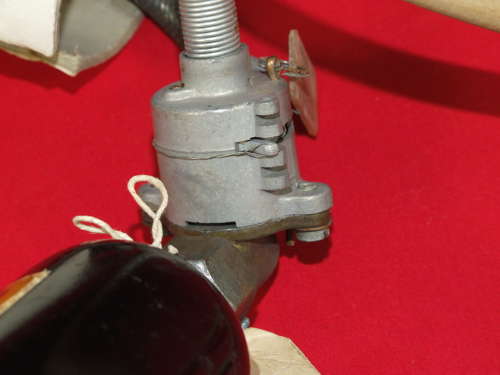 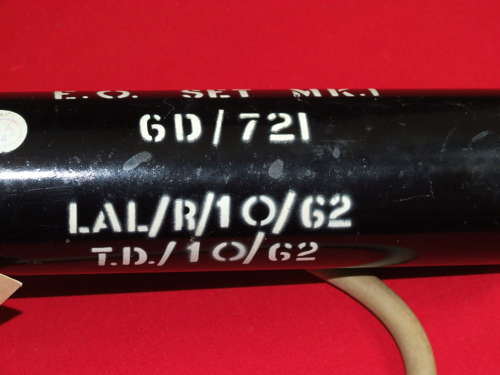 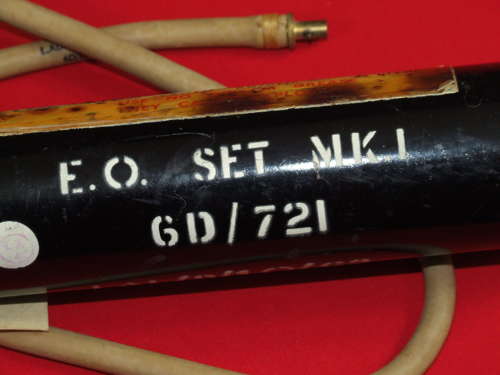 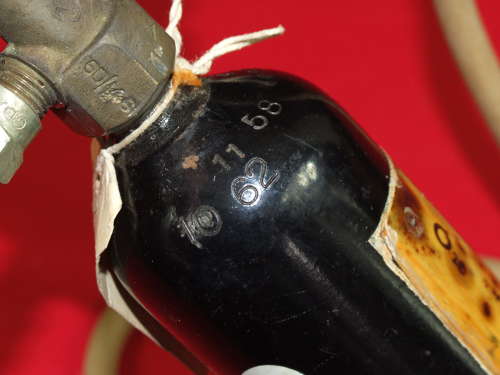 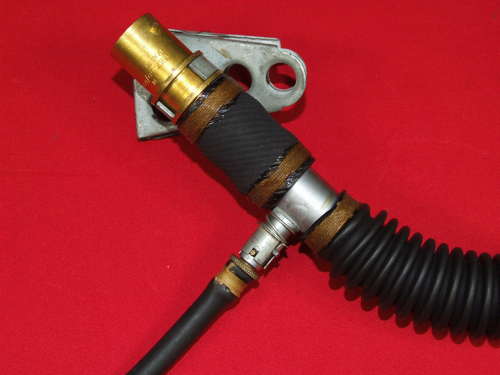 An extremely rare RAF High Altitude Bail Out Oxygen Bottle carried in the Dinghy Pack Type A Mk 3* an example of which I recently sold, and which I believe first appeared in 1944. A separate sleeve on the outside of the pack housed the bottle with the cable and D Handle housed in their own compartments. Pulling the D handles released a controlled flow of oxygen via a pipe connected to a special O2 hose attached to the oxygen mask.

Although dated 1962 this the first example I have ever seen, most advertised as such being simply the “walk around bottles” used when a crew member had to leave his station. As far as I can establish there is little if any difference from a wartime produced piece.

The bottle is fully discharged, and all components are in place and in excellent condition, still with their stores packing although I have removed the paper covering to the braided cable sleeve.