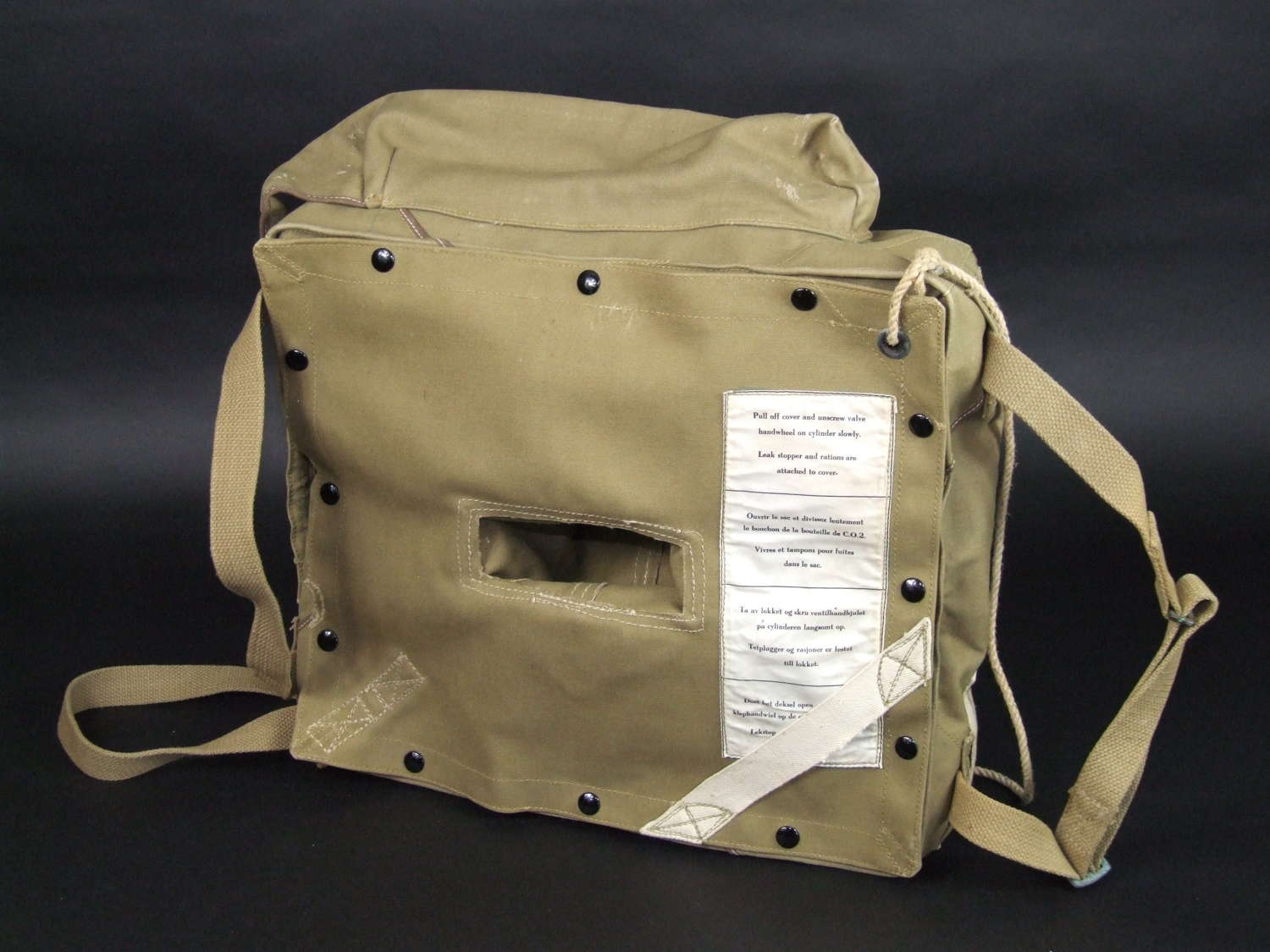 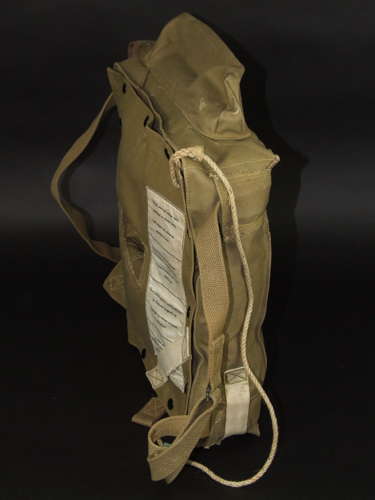 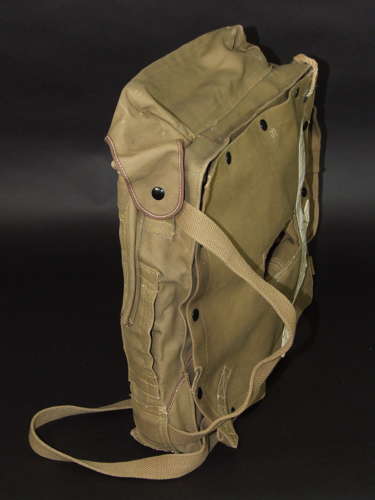 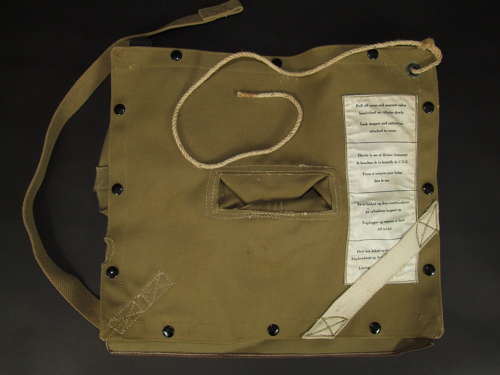 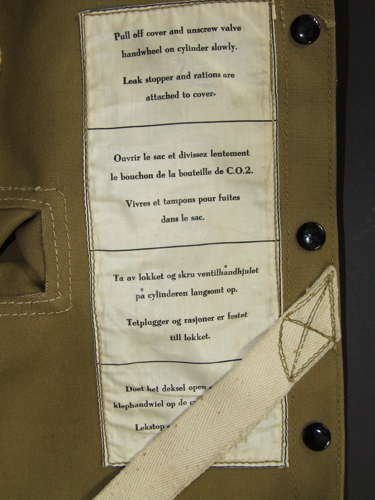 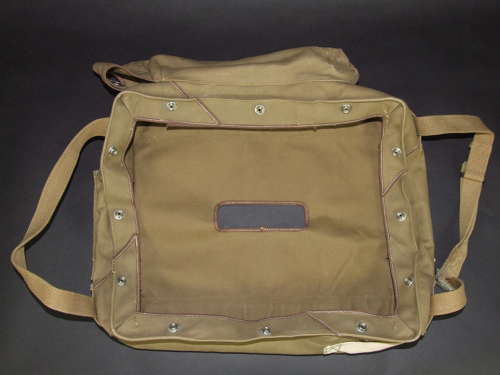 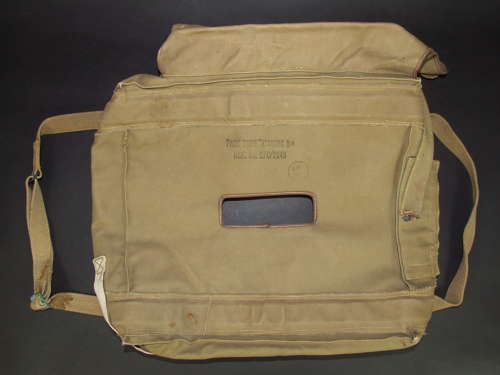 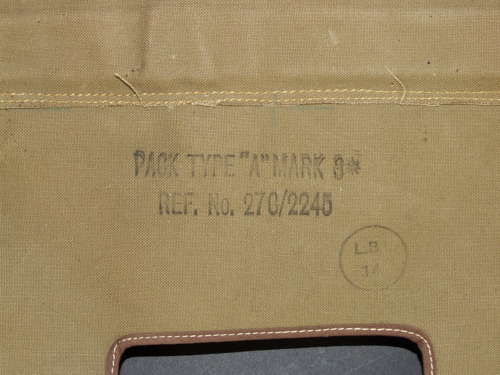 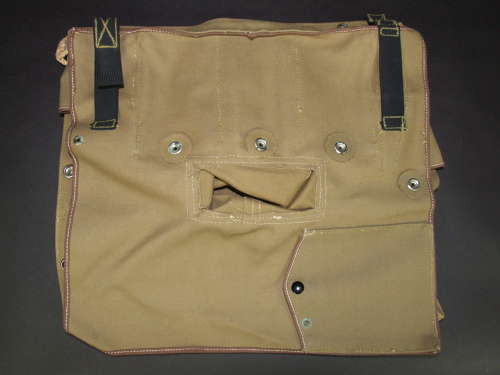 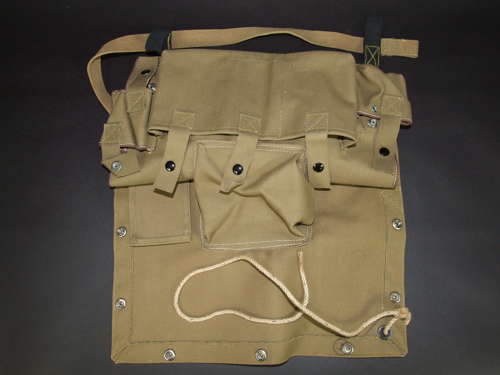 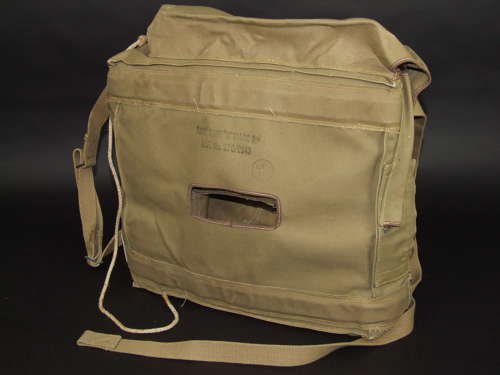 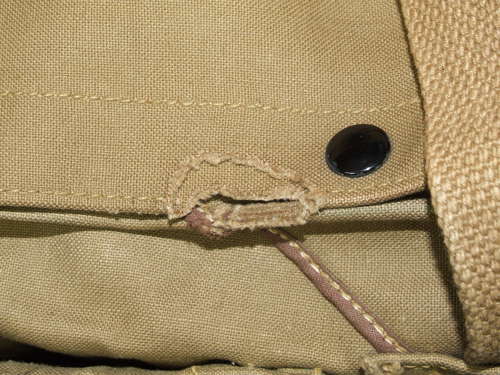 An exceptionally nice and no doubt unissued example of a Seat Pack, Type A, MK.III*. Stores ref. 27C/2245.

Carried in place of the seat cushion when used with the seat type parachute it contained the single-man Type K dinghy rolled and then folded to wrap around the rectangular opening which accommodated part of the parachute harness. Once in the water the wearer could release the Dinghy by removing the cover which is held in place by press fasteners and turning the cylinder to inflate the Dinghy, the cover itself with instructions in English, French, Czech and Polish.

There are several compartments within the Pack to accommodate further survival items.

Constructed in heavy olive drab cotton canvas the Pack is in very good unissued condition with just a very small area to one edge where a mouse has nibbled.

Although undated this is the later war MK.III* version dating from around 1944.