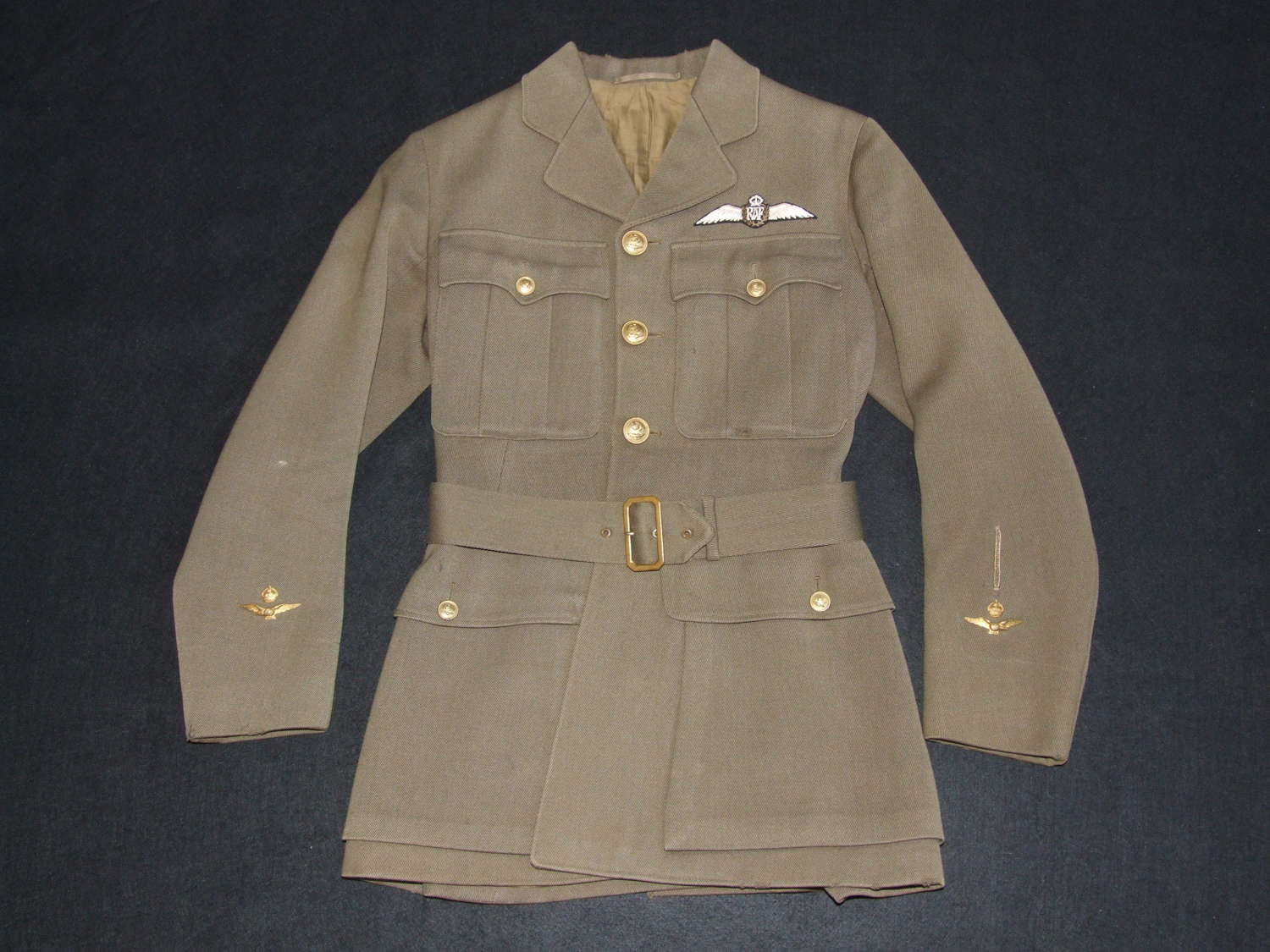 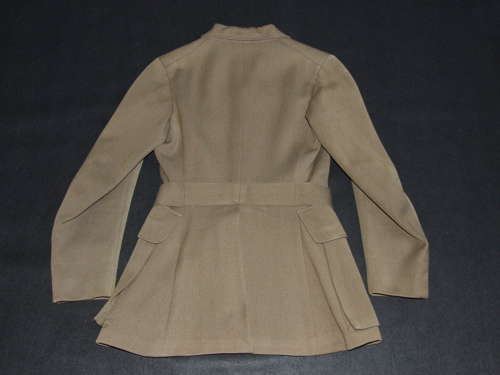 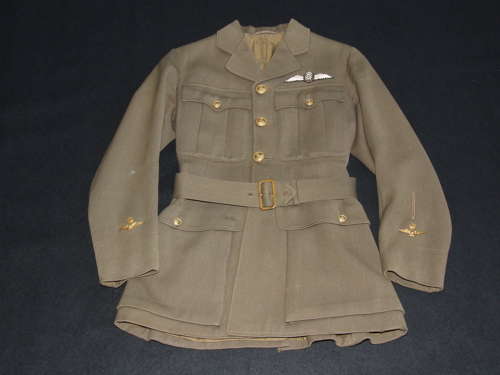 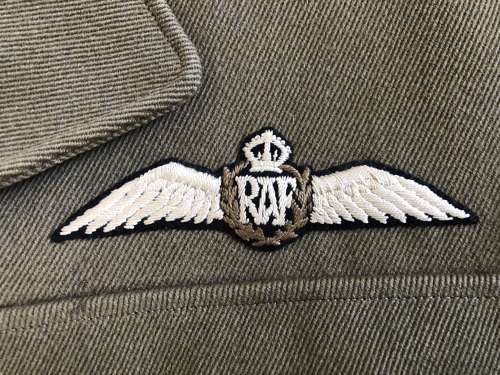 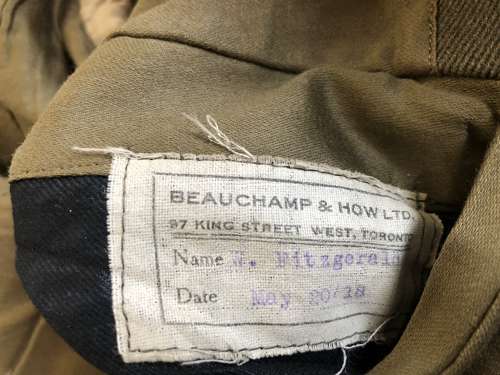 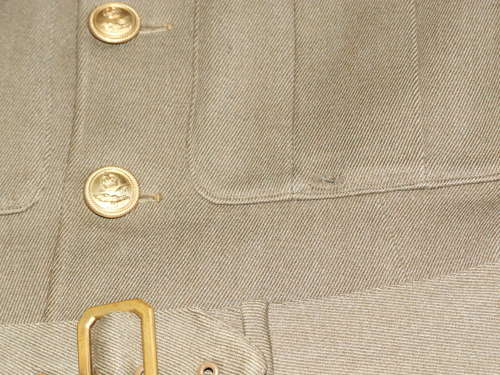 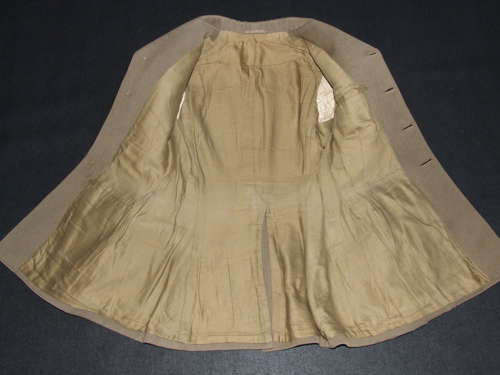 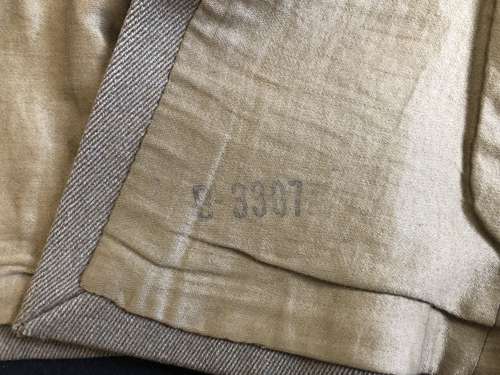 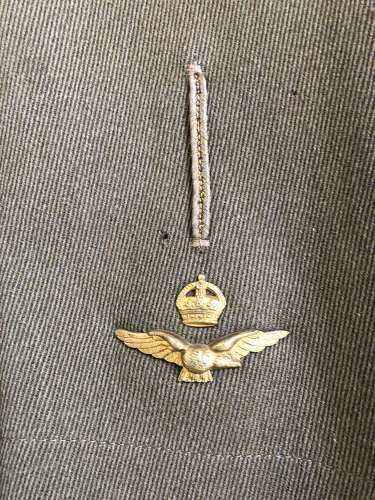 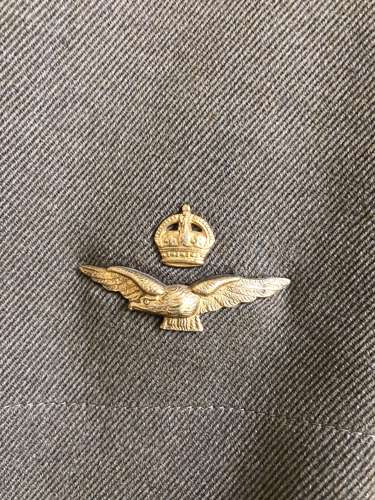 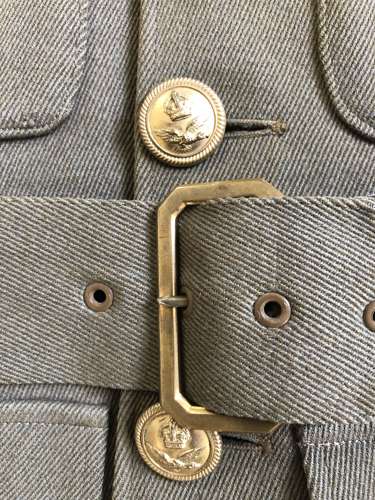 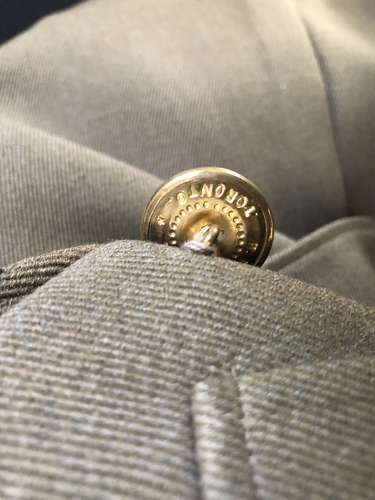 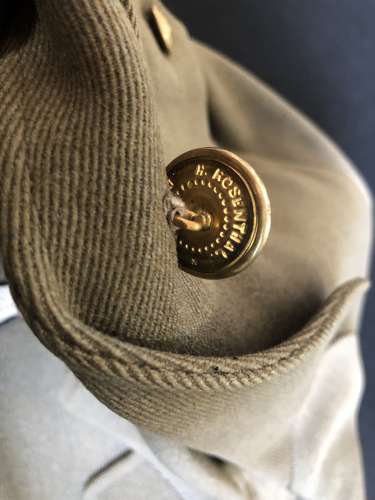 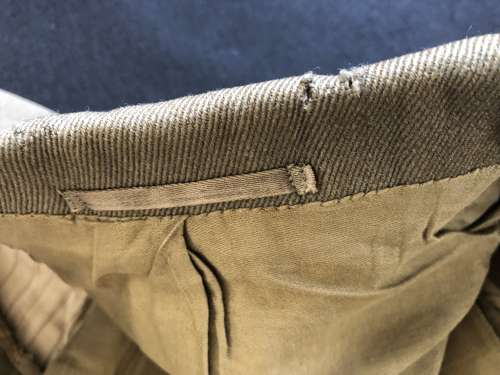 A very nice example of the so called 1918 Pattern RAF Tunic worn by Second Lieutenant W. Fitzgerald and tailored by Beauchamp & How Ltd. In Toronto, Canada. Of note is the date on the tailor’s label, May 20th 1918, only six week weeks after the establishment of the RAF perhaps making this one of the first produced.

William Frederick Vincent Otto Joseph Fitzgerald was a British RAF officer who joined the RAF 1917 and attended Number 5 School of Aeronautics in the UK in February 1918. He was injured in a crash later that year whilst in France for which blame was attributed to him, hospitalised, and then returned to the UK.

A small size with a breast size of about 32”, the Tunic is single-breasted in khaki-brown Gabardine, featuring an open collar with notched lapels and with front fastening four gilded button by Rosenthal, Toronto. There are two pleated breast pockets with scalloped button flaps, bellows skirt pockets with rectangular button flaps, waistbelt of matching fabric stitched to the rear waistband and fastened at the front via a double-pronged gilt metal buckle, plain cuffs and a rear vent. All external buttons are of gilt RNAS crested form.

Above the left breast pocket is sewn a cloth RAF pilot’s qualification brevet, research suggesting these to be what has become known as “The Toronto Wing”.

Both cuffs have gilt Crown atop flying eagle badges and in keeping with the regulations of the time there is no single rank stripe for the rank of Second Lieutenant, this appearing only in December 1918. The left sleeve has a single gold wound stripe.

Inside the Tunic has a cotton lining and two pockets, the lining stamped B-3307.

Overall condition is very good. There are minor signs of wear at the cuffs and back of the collar, one hole at the lower edge of the left breast pocket and one very small moth hole to the right of the wound stripe.

A fine example of a rare RAF Service Dress Tunic