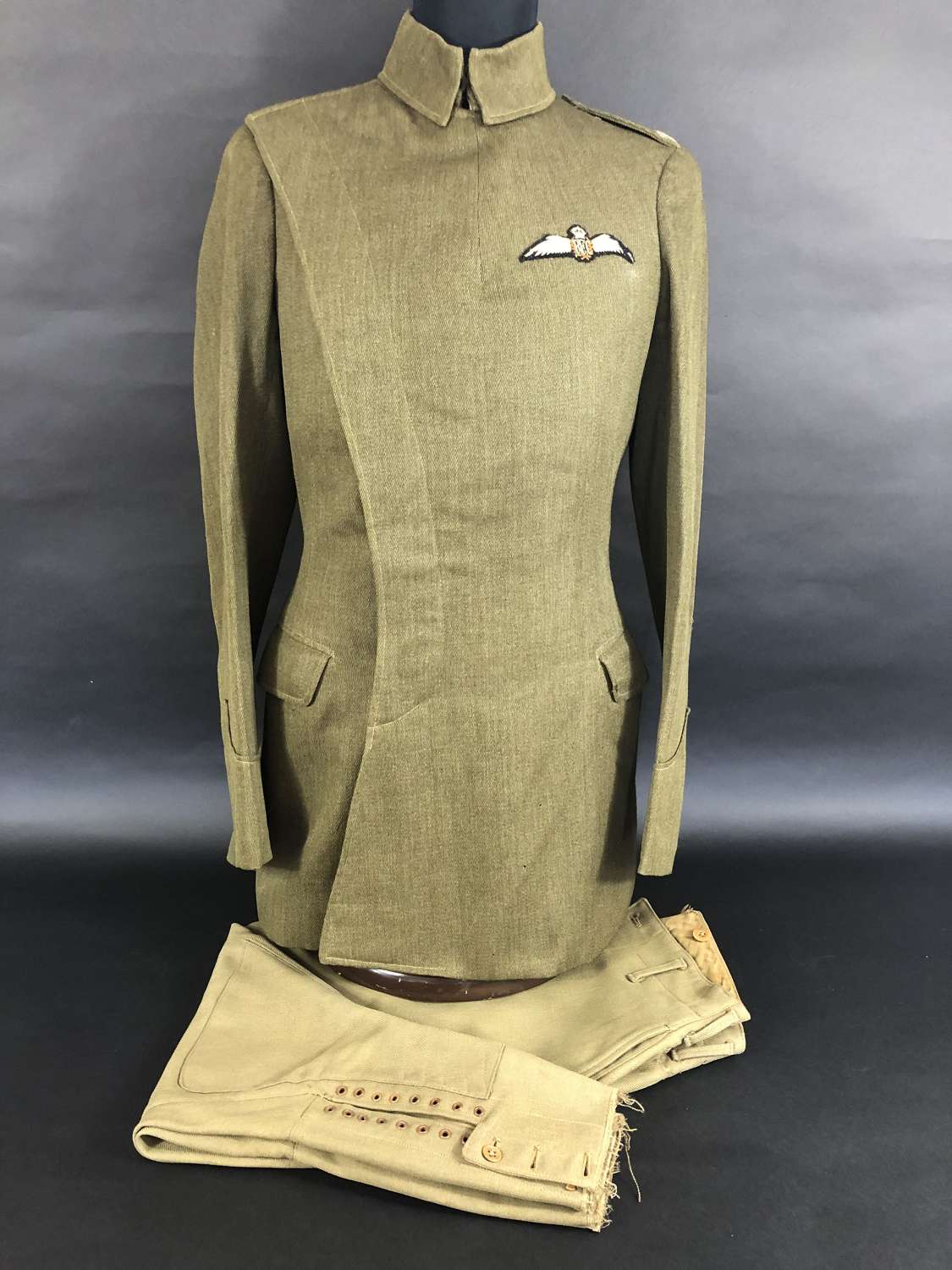 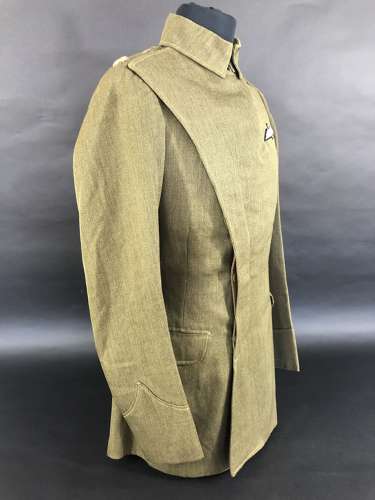 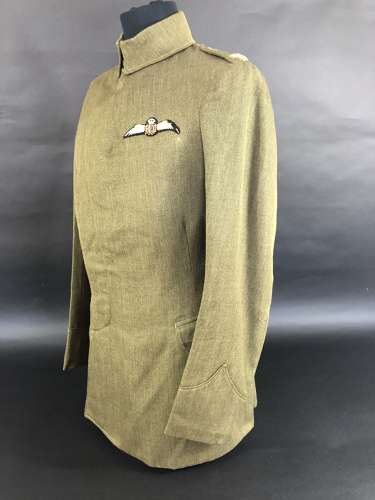 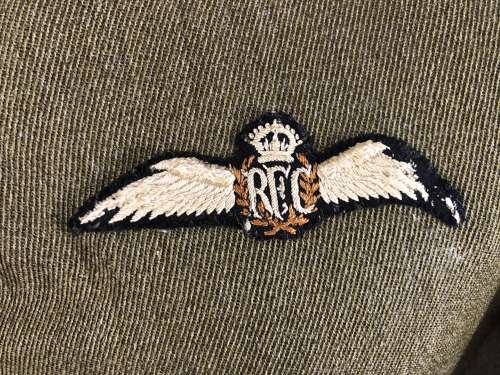 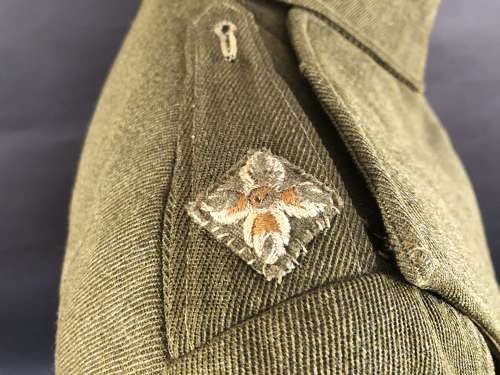 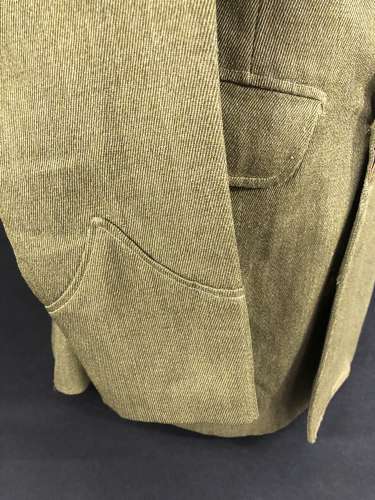 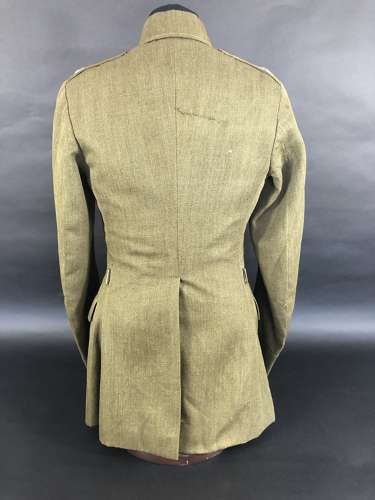 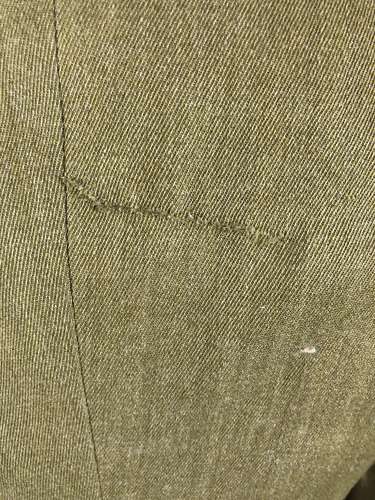 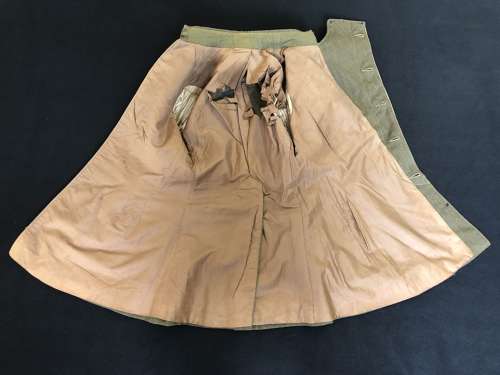 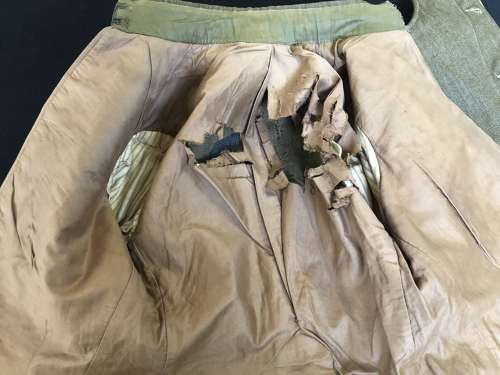 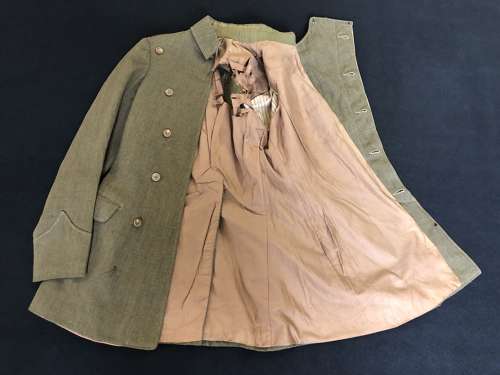 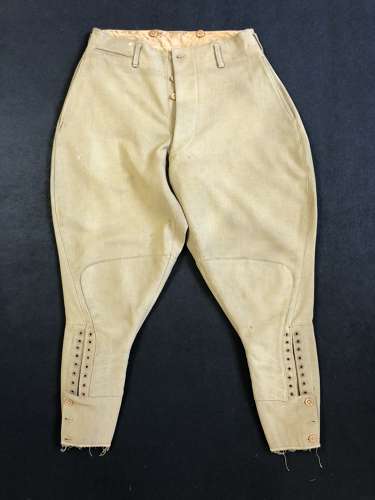 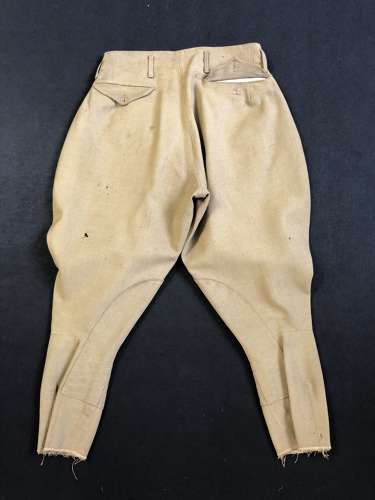 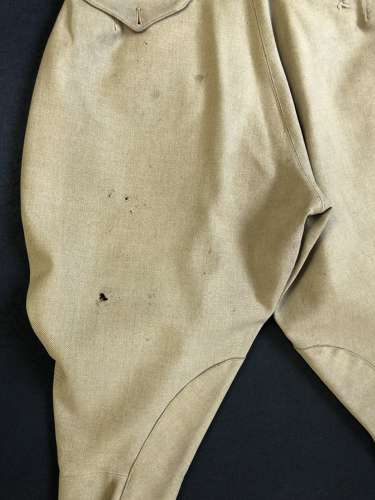 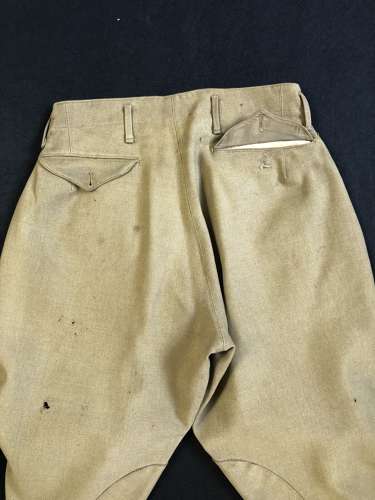 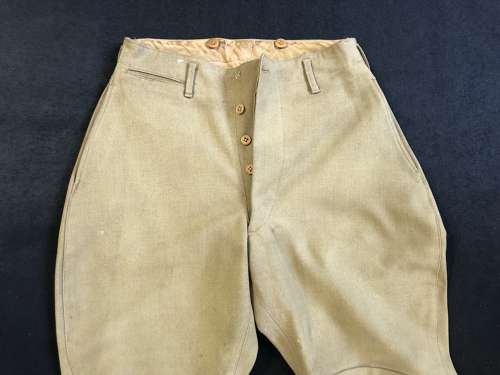 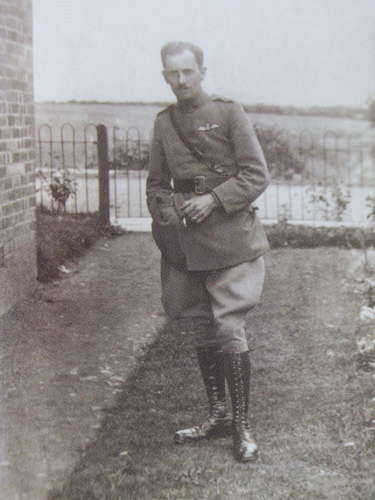 The RFC Maternity Tunic was a British uniform item created specifically for members of that Corps, as such it evokes the classic image of the WW1 RFC Pilot.

First appearing in 1912 not long after the raising of the Royal Flying Corps, the Tunic was not officially adopted until 1913. Very soon after its appearance this distinctive Tunic was given the nick-name “Maternity” as it was thought to resemble clothing worn by expectant mothers. The name stuck and it was universally used ever after.

When the RAF was created in 1918 that service abandoned this style of Tunic and reverted to a standard four pocket design instead.

In the six years of its existence the Maternity Tunic went through a few subtle style changes with a number of different variations evolving. This example  has pointed cuffs to the lower sleeve, an affectation first adopted on these  in 1916. Prior to that date the cuffs  bore a horizontal tightening tab.

There is a single cloth pip to each shoulder for a 2nd Lieutenant, the silk thread on the pips being worn away on some of the high points, the shoulder straps themselves stitched closed rather than buttoned down.

The left breast has a good set of RFC Pilot's wings which appear to be originally applied. The wings are one of the many variants seen, and again the silk thread has worn away on these at the extremities. This is especially so for the left-hand side wing as viewed.

Below the wings there is possibly the shadow where a medal ribbon bar was once worn although this is quite difficult to tell for sure.

Tailored in a quality ribbed khaki gabardine wool typical of WW1 it is in good condition overall with little damage to the exterior aside from a horizontal tear 9 cms. long to the small of the back which has been neatly repaired.

The lining has suffered greater damage with the upper middle back extensively torn. This damage being perhaps connected to the exterior tear to the rear.

There are no markings or tailor’s label to the lining.

The Breeches of the uniform are tailored in fine beige gabardine wool, a colour often adopted by RFC officers.

In my opinion the tailoring style of these indicates French or possibly Canadian manufacture, it is however impossible to be certain of this as the Breeches are  devoid of any tailor’s label.

The Breeches are again in good condition overall with only the odd button missing and some moth to the rear left middle leg as viewed.