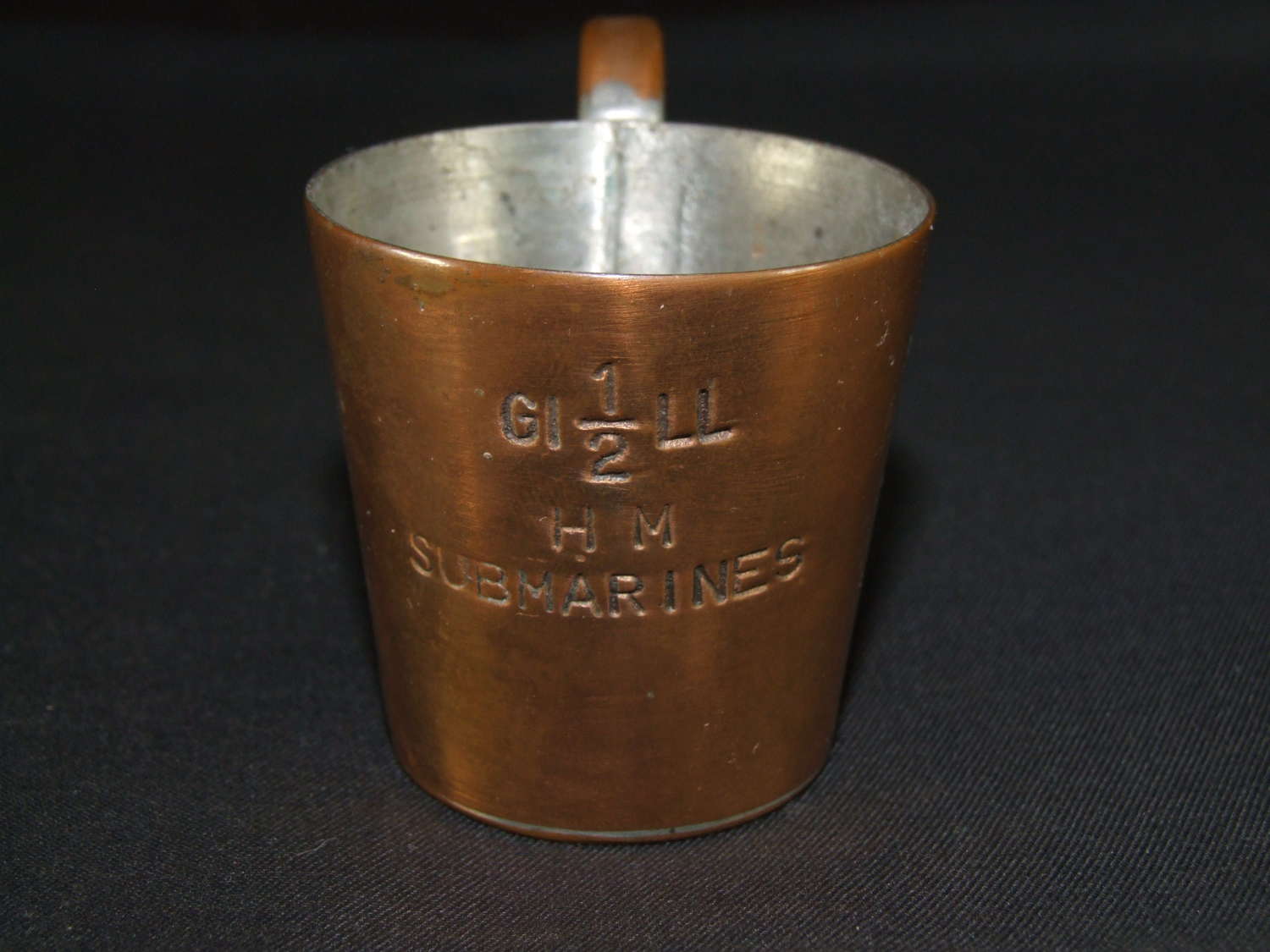 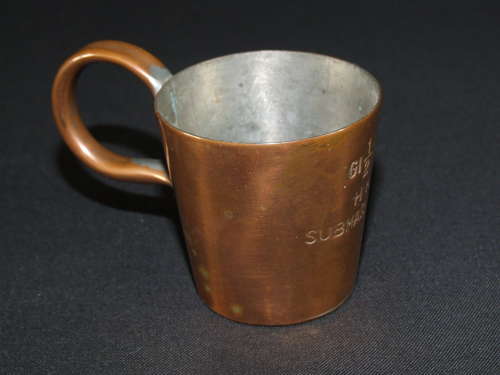 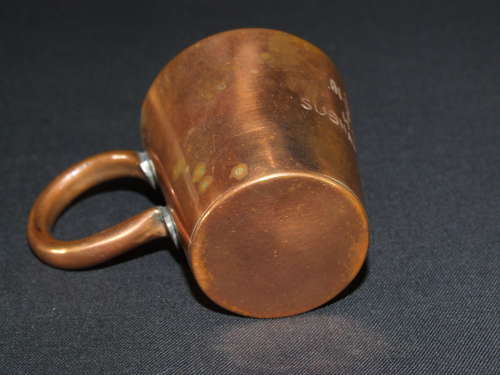 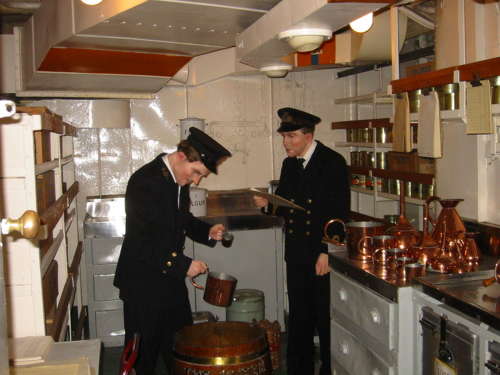 The Gill was an older unit of liquid measurement. In England a gill was equivalent to five ounces. Sailors in the British Royal Navy received a daily ration (known as a tot) of a 1/2 Gill of rum. The tot was served in a copper mug as we have here.

The rum ration tradition survived Caribbean conquests, the settlement of the Americas, and two World Wars.

By the 1960s, technology on naval vessels had advanced to include complex machinery. Operating these delicate systems while under the influence of alcohol was no longer considered safe.

On July 31, 1970, now known as Black Tot Day, naval sailors enjoyed their last daily Tot ration. Many wore black armbands and poured their ration into the sea as a symbolic "burial" of the much-loved tradition.