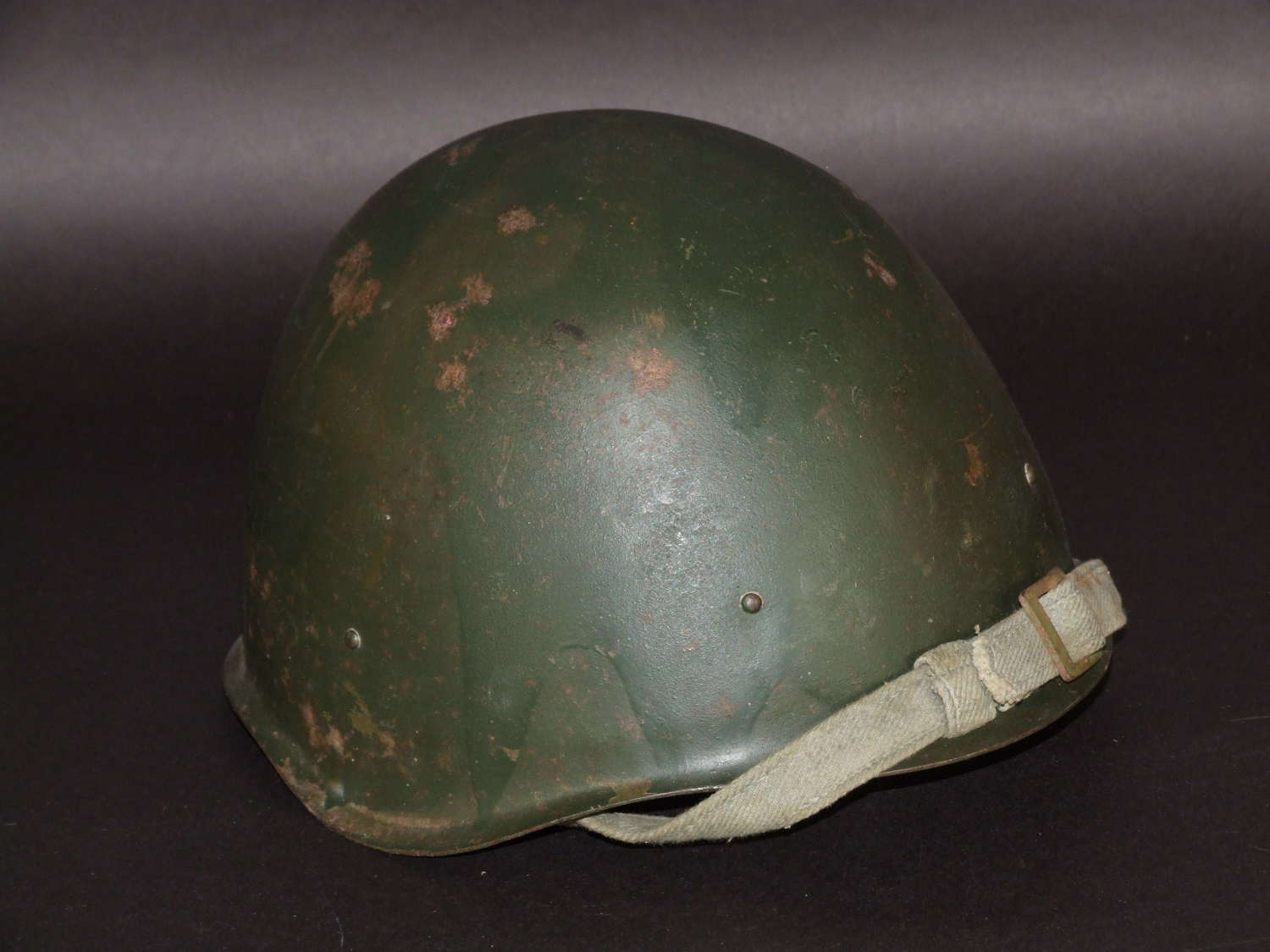 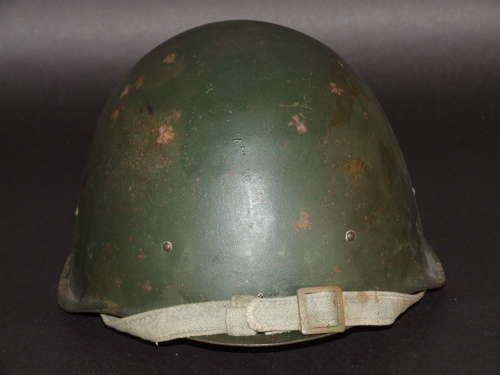 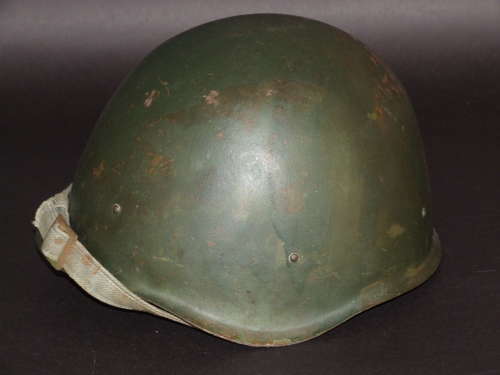 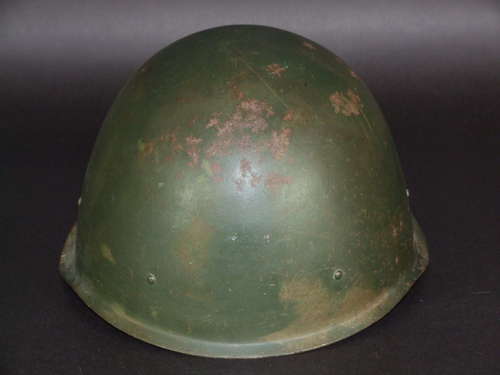 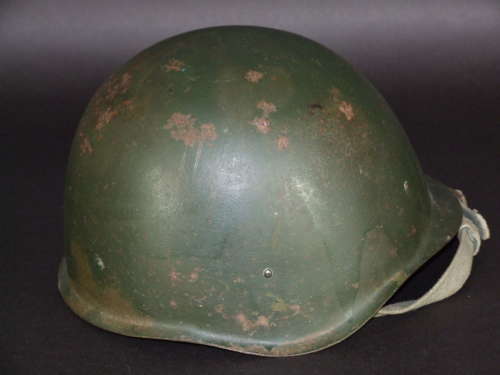 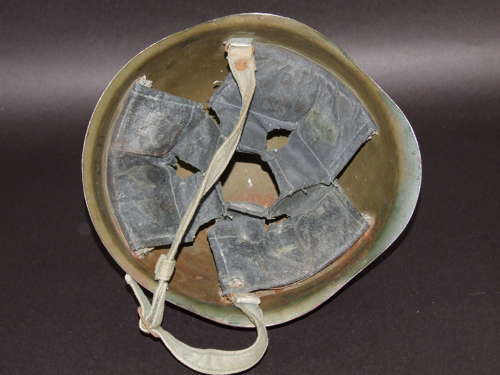 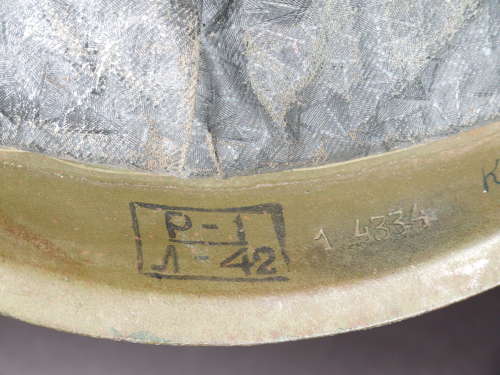 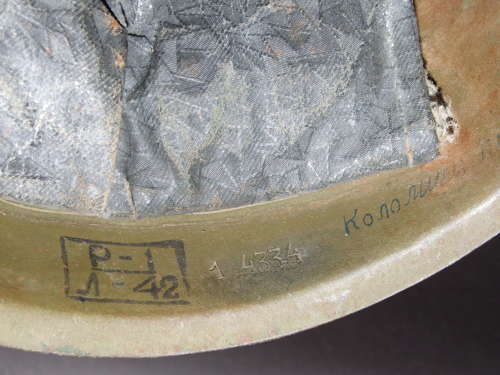 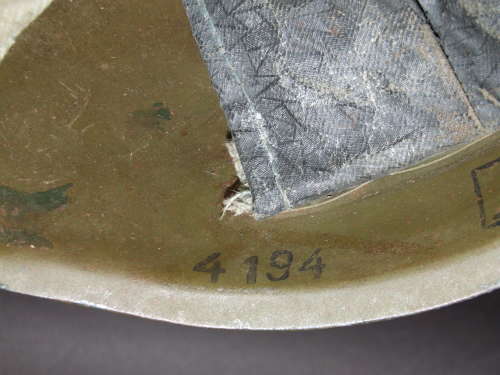 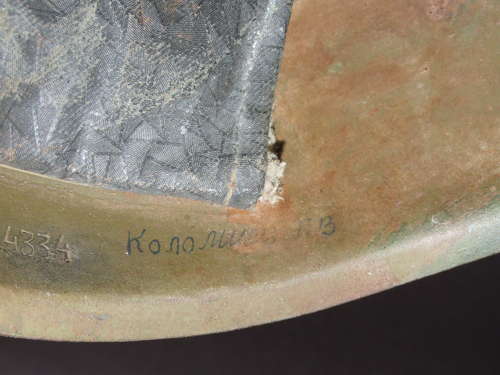 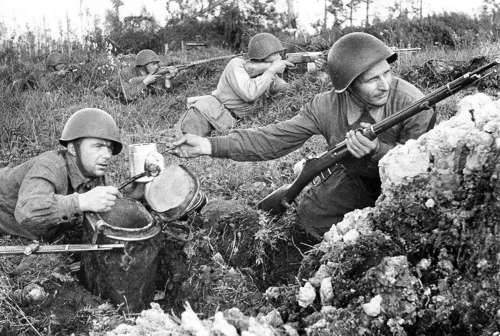 A nice unmolested example of the most common of the WW2 Russian helmets the SSh-40.

Overall condition is very good, the shell without damage.The internal rim of the shell shows a clear 1942 date, serial number and the names of two owners.

Inside, the liner is very good as is the chinstrap.

The SSh-40 was most commonly seen in-service Helmet used by the Soviet Union during World War II. The only external difference between the SSh-39 and the SSh-40 were the six rivets near the bottom of the helmet, as opposed to the three near the top of the SSh-39 shell. Rivet placement of the SSh-40 was due to a newly introduced liner, simpler and more sturdy than the previous versions. The liner consisted of three (later four during post-war) cloth or oilcloth pads connected with a cotton drawstring for size adjustment. The chinstrap was cloth and connected to d-rings on each side of the shell by tabs. The chinstrap ends were connected with a slip buckle, and a semi-circular metal piece was clamped to the end of the long chinstrap, missing in this case.