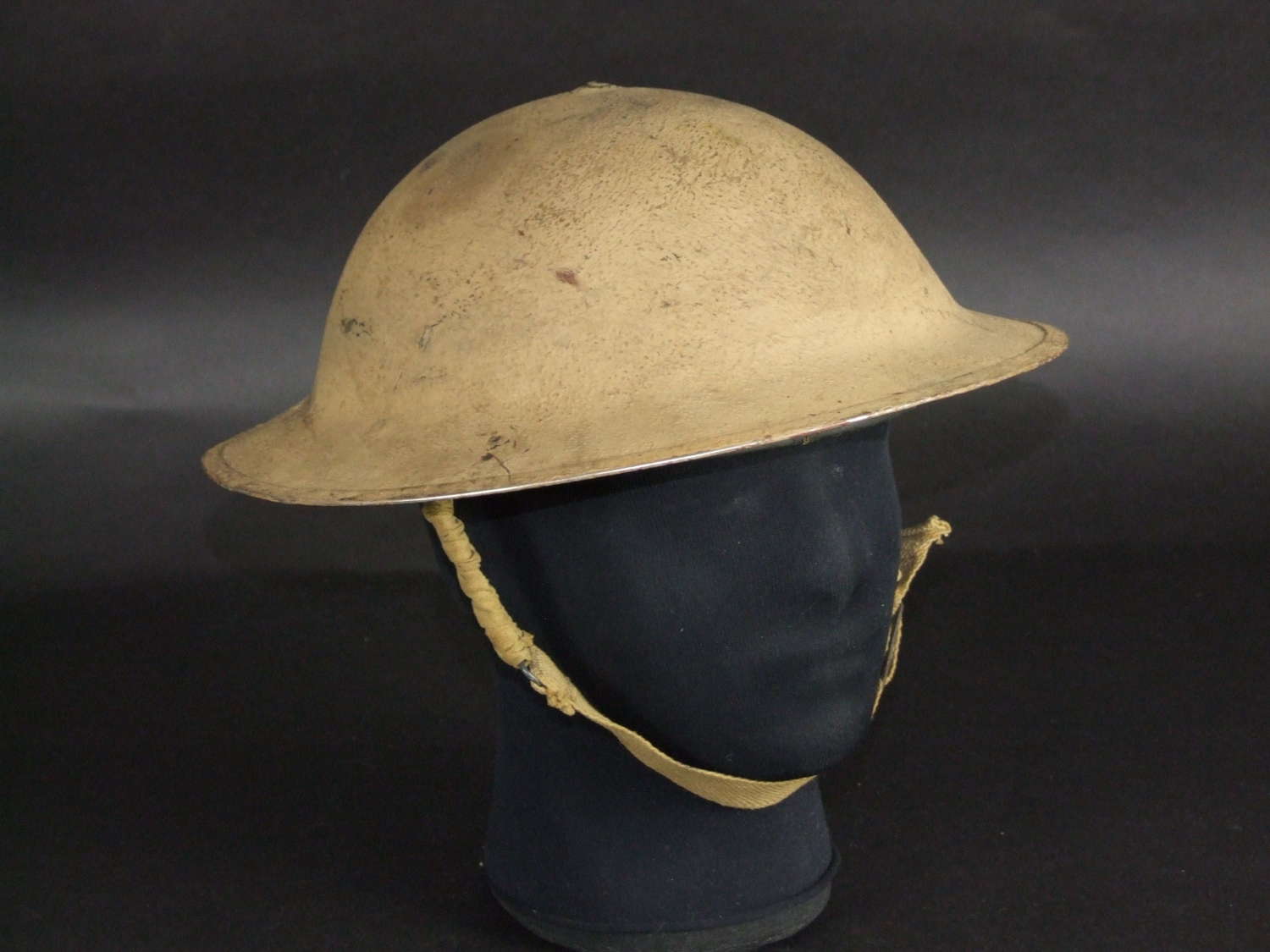 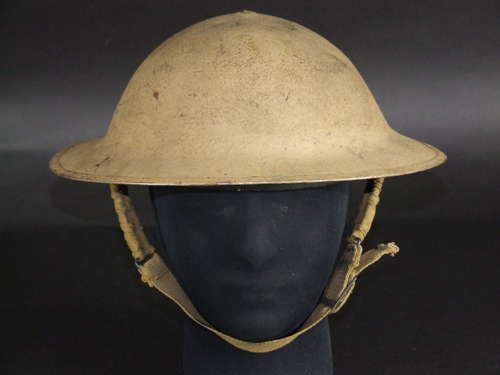 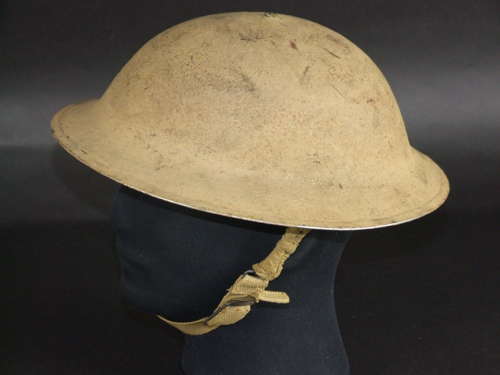 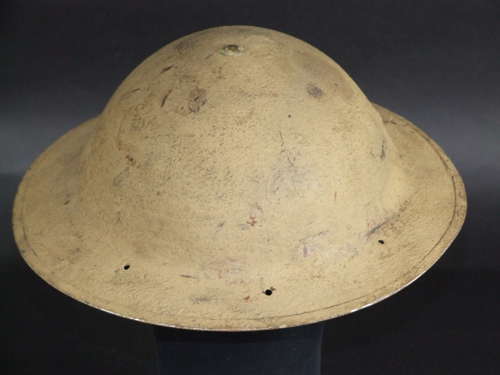 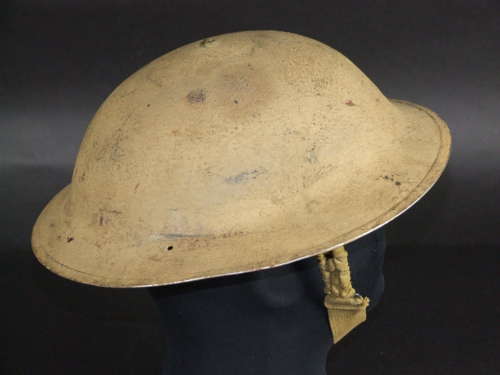 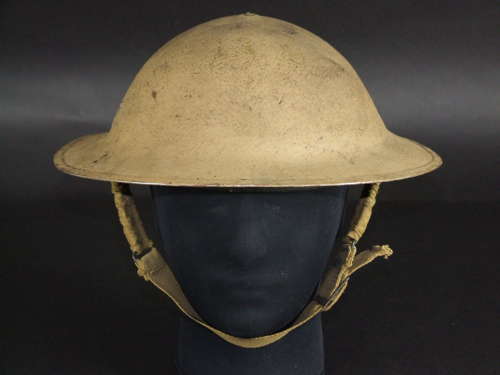 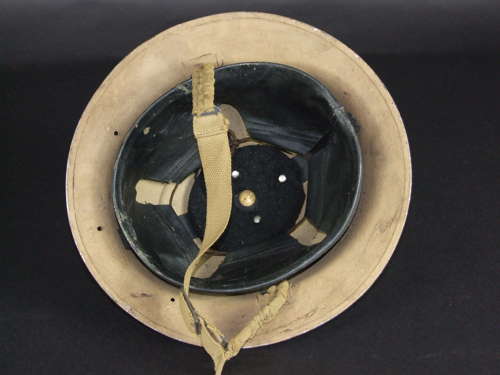 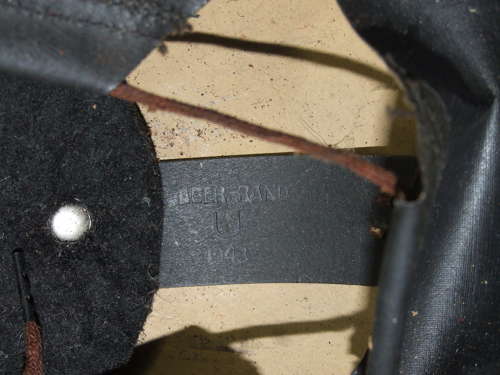 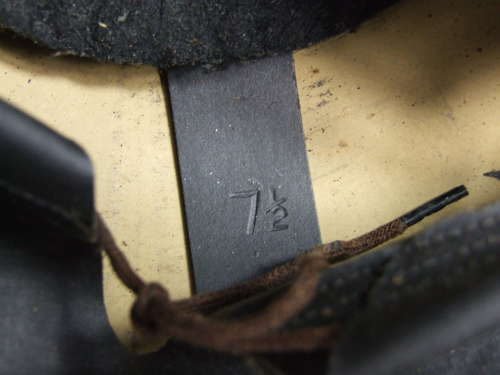 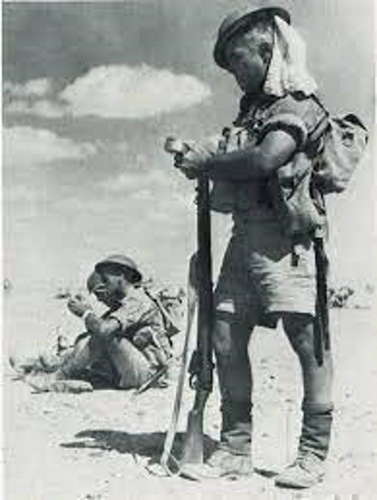 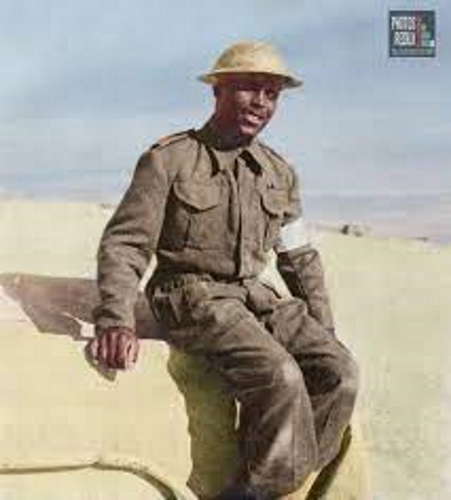 The second and last of these WW11 South African “Rand Helmets” I have been able to offer is this exceptional example in a large size 7 1/2 in overall very good condition.

The shell is completely without damage and retains virtually all of the rough sand coloured finish, the back of the rim with three holes to take a neck shade.

Inside, the liner tongues remain soft and without breaks whilst both the crown pad and chinstrap are very good. The fibre bands of the lining are clearly stamped with the size and Rand’s maker stamp U with and arrow for Union of South Africa and 1943

During World War II the Union of South Africa participated with other British Empire forces in battles in North Africa against Erwin Rommel and his Afrika Korps, and many South African pilots joined the Royal Air Force and fought against the Axis powers in the European theatre.