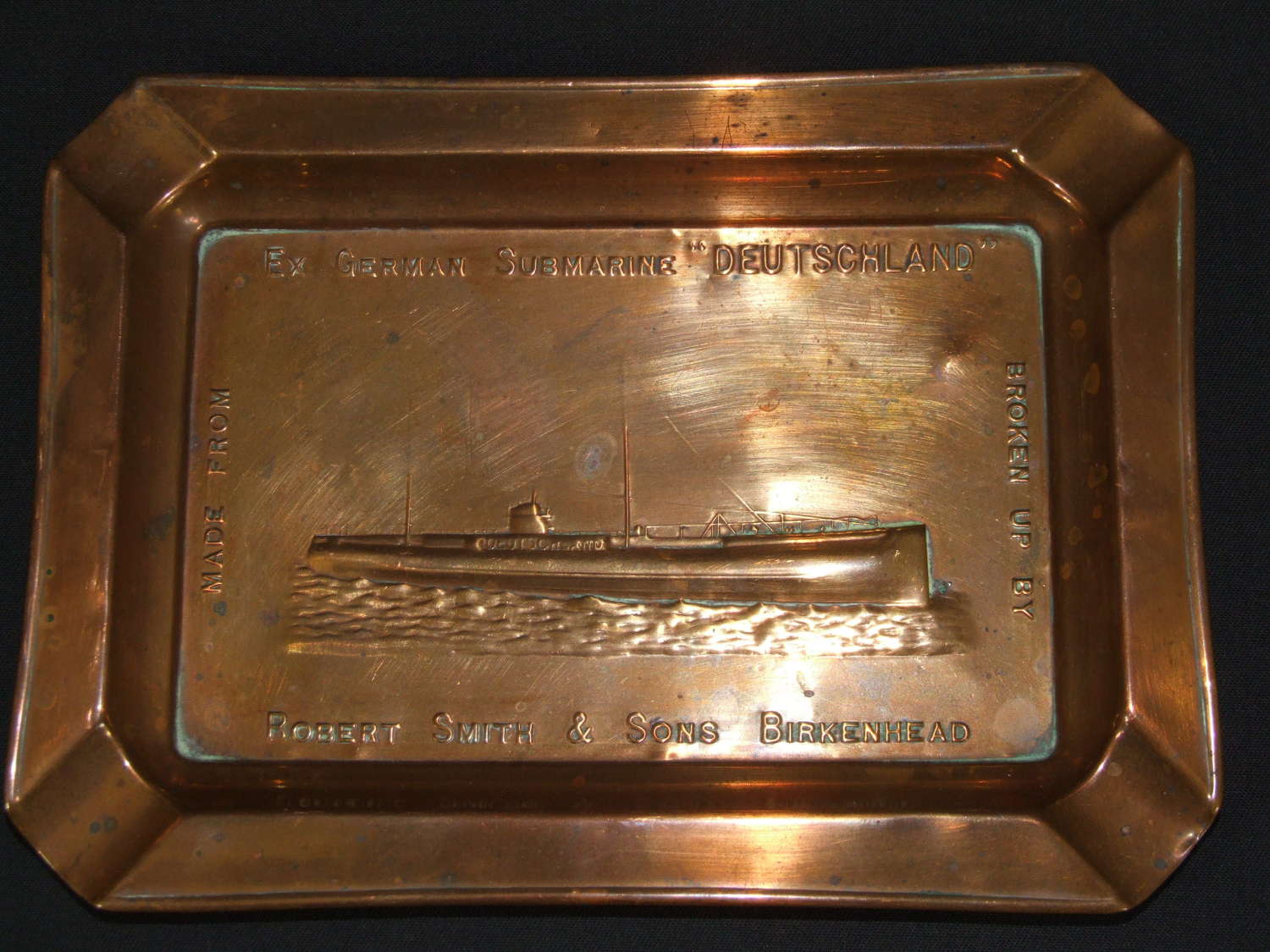 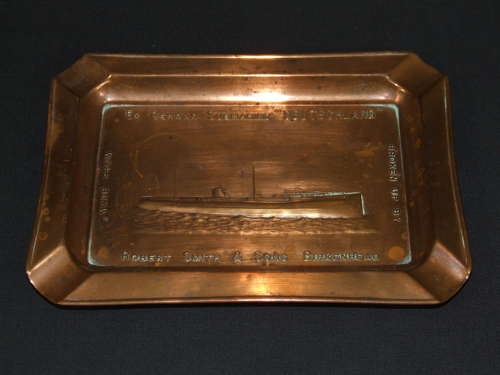 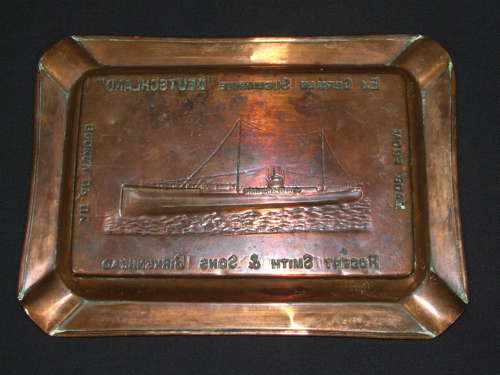 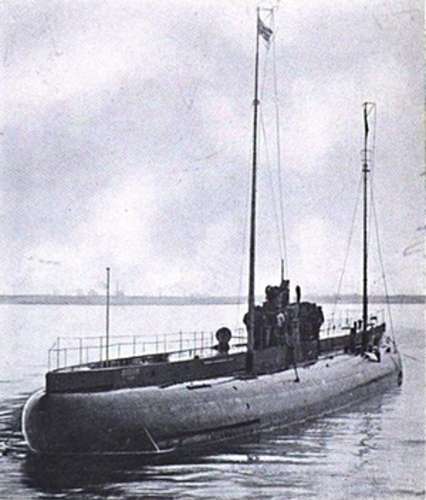 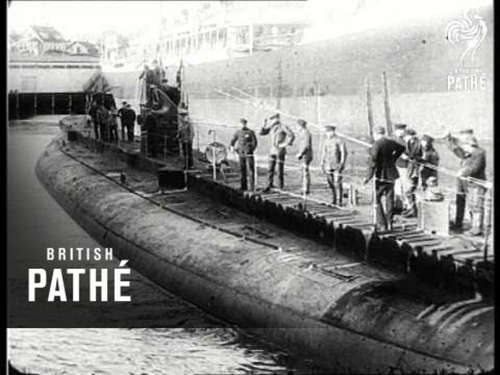 Souvenir Ashtray Made from the WW1 German U Boat Deutschland

In very good condition it measure 181mm x 132mm and features the Submarine and “Made from ex German Submarine “Deutschland “ Broken up by Robert Smith & Sons Birkenhead”, impressed into the stamping.

Deutschland was a blockade-breaking German merchant submarine used during World War I. It was developed with private funds and operated by the North German Lloyd Line. She was the first of seven U-151-class U-boats built and one of only two used as unarmed cargo submarines.

After making two voyages as an unarmed merchantman, she was taken over by the German Imperial Navy on 19 February 1917 and converted into U-155, armed with six torpedo tubes and two deck guns. As U-155, she began a raiding career in June 1917 that was to last until October 1918, sinking 120,434 GRT of shipping and damaging a further 9,080 GRT of shipping.

After a series of owners and an explosion on board, the hulk was sold to Robert Smith & Son, Birkenhead, for £200 in June 1922, and broken up at Rock Ferry.

The images of the Submarine are not included and can be found on the internet.