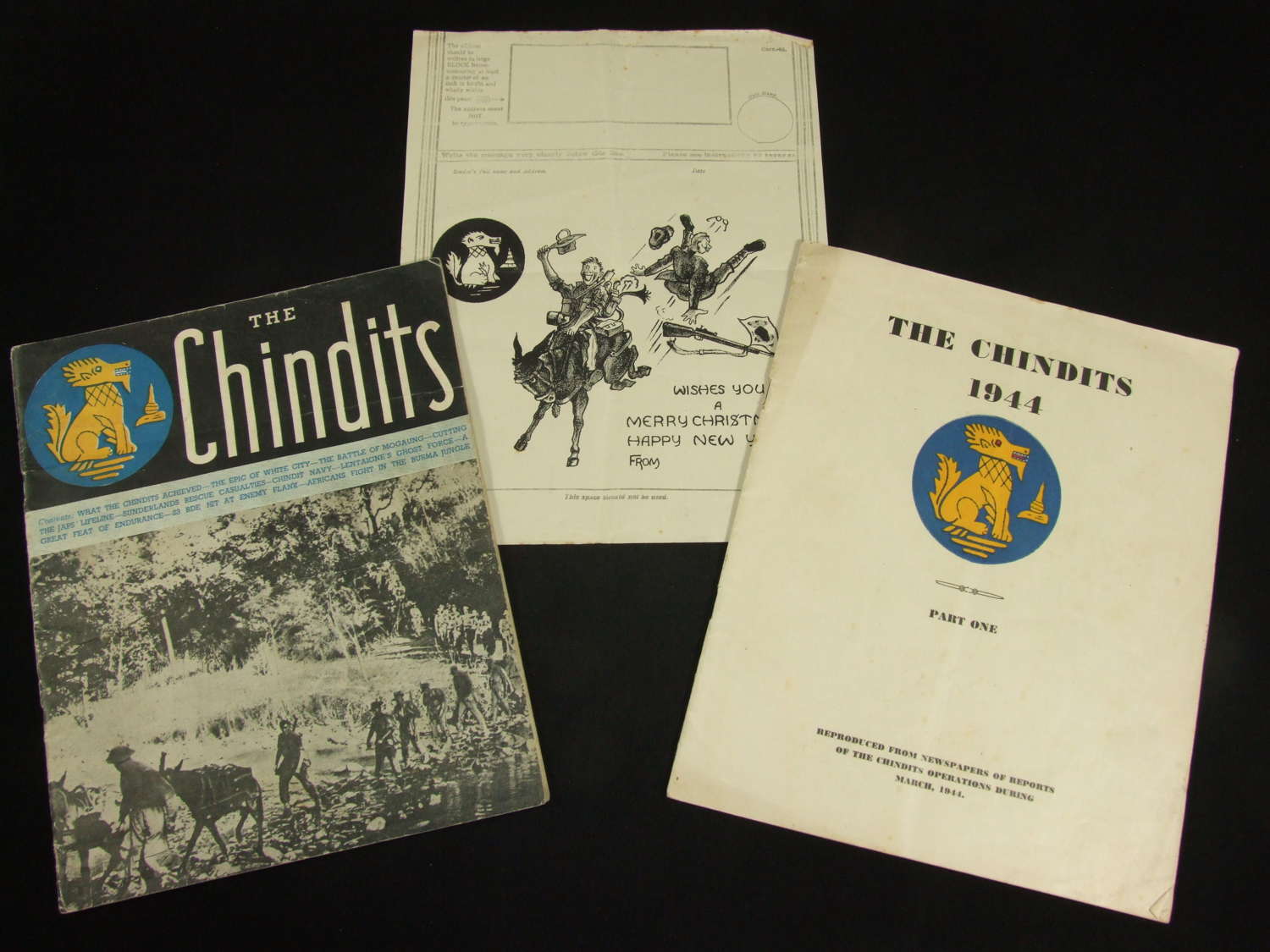 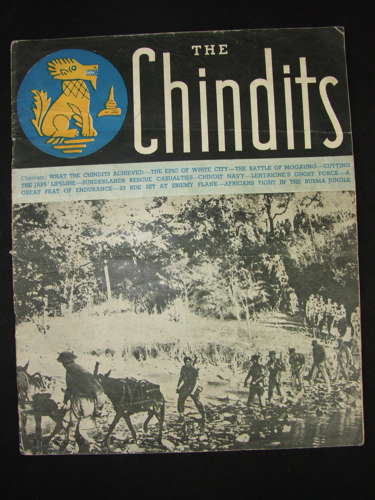 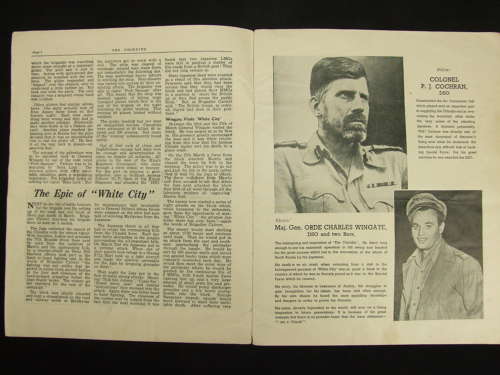 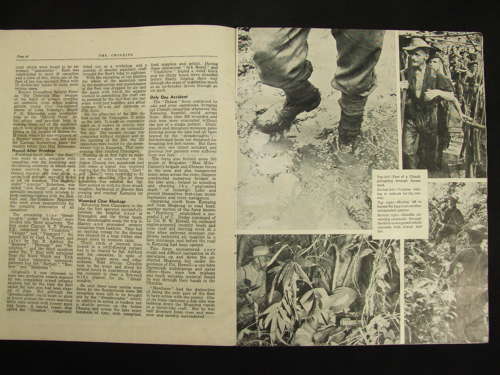 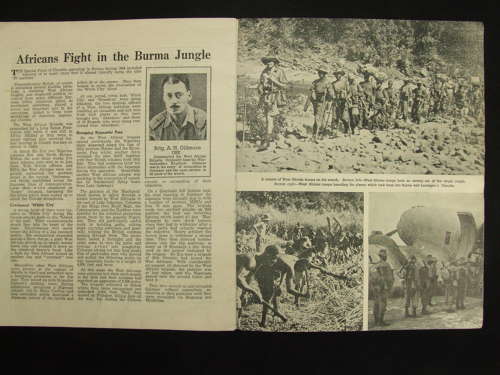 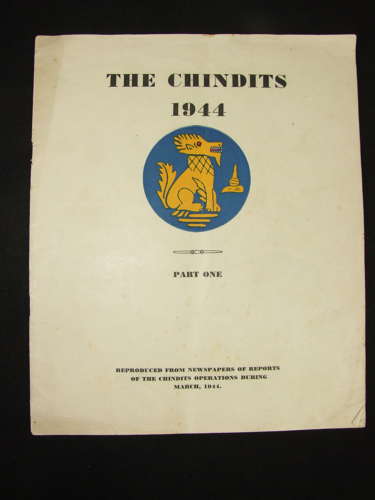 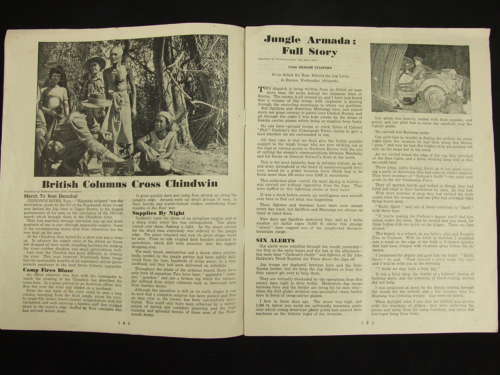 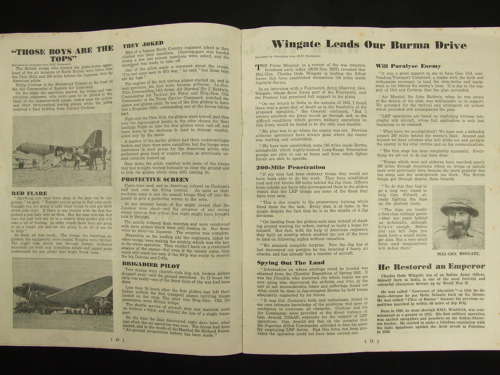 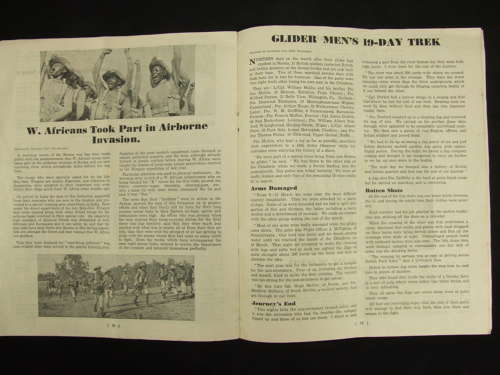 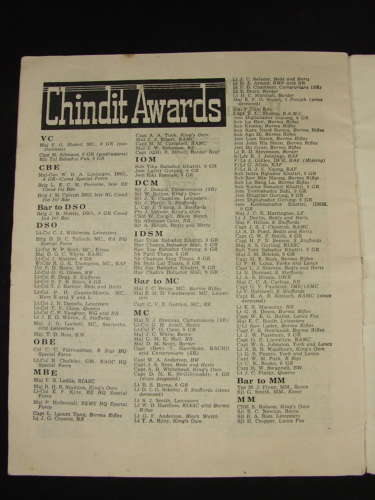 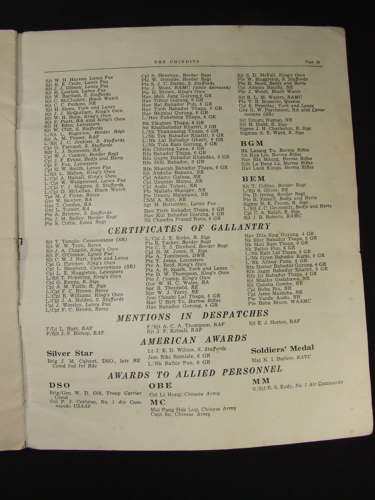 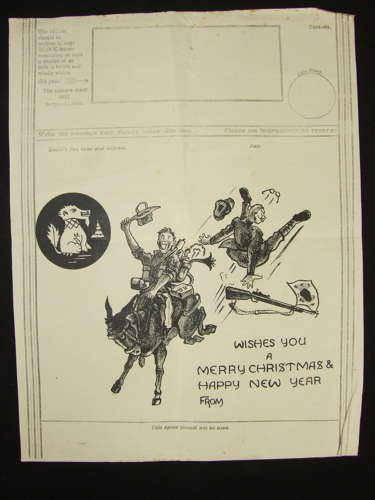 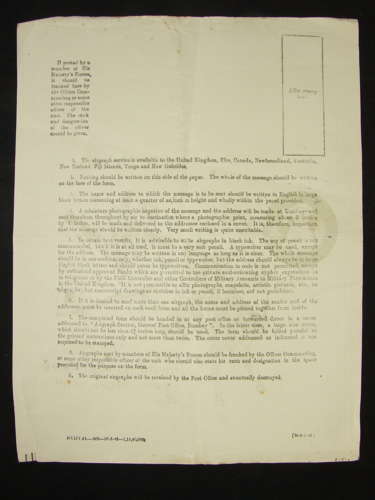 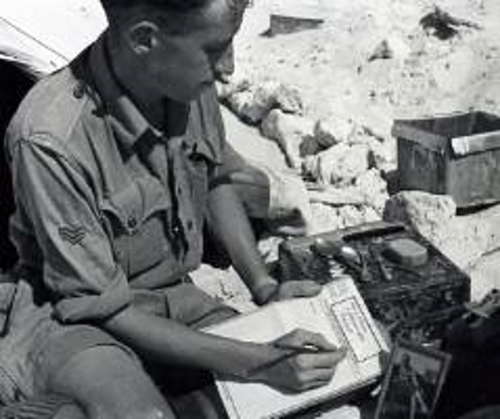 Two copies of the “The Chindit” Magazine and an unused Airgraph Letter with Chindit emblem and Christmas greetings cartoon.

Both Magazines make an interesting read and insight into the  Chindits and their various operations. Part one is perhaps the first printing and dated March 1944 and along with the second copy they are illustrated with numerous black and white photographs, maps and importantly a list of all awards given to Chindit recipients up to the time of printing of the second Magazine. Both were printed in India and both are in very good condition.

I found the Airgraph Letter particularly interesting as it is the first, I have seen. Also, in very good condition but twice folded.

The length of time a letter took to reach home by sea had an effect on morale and the weight of thousands of letters meant carriage on aircraft had to be greatly restricted. The British Post Office realized that the solution could lie in the Kodak microfilm system (Recordak) that had been used for record-keeping by banks and other businesses since the early 1930's. It had even been proposed to the B.P.O. before in 1932, simply as a means of reducing the cost of sending mail, but it had been rejected then as unacceptable to the public. By 1940, however, things had changed dramatically, and almost anything that could aid the war effort seemed worth trying. Thus the "Airgraph" was born, the word becoming a registered trademark of Kodak Ltd., who controlled the process.

The Kodak office in Cairo already had the equipment required to photograph the letters, and was able to start processing almost at once. Airgraph service started from Cairo on April 21, 1941, arriving in London May 13. That first shipment comprised some 70,000 letters, a testament to someone's efforts to sell the concept. About 350,000 messages were sent during the first month of the service and over 500,000 in the second month.