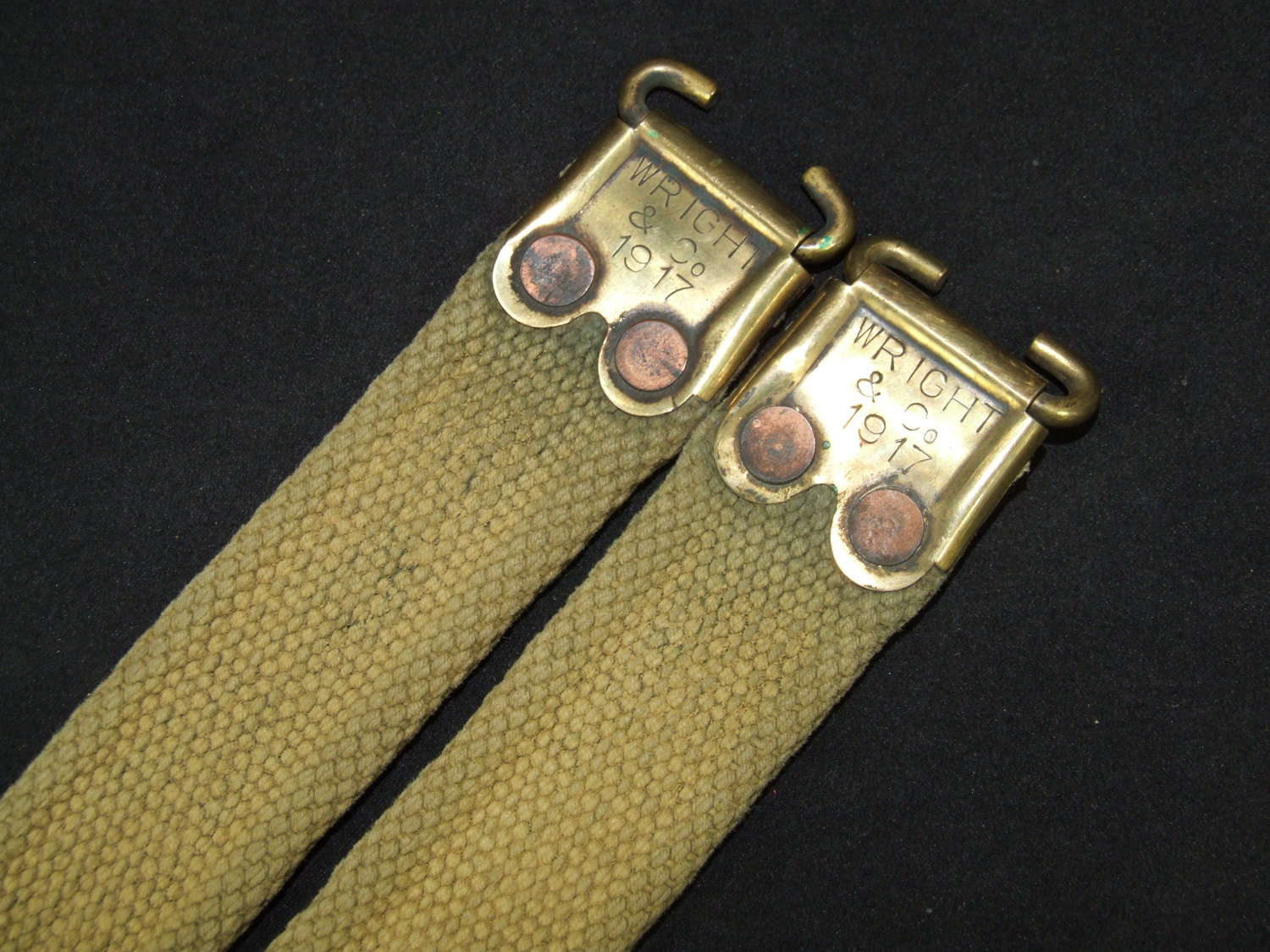 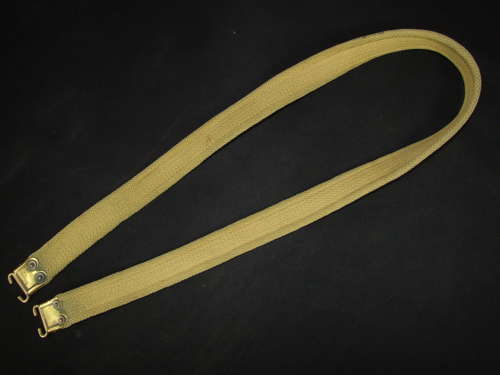 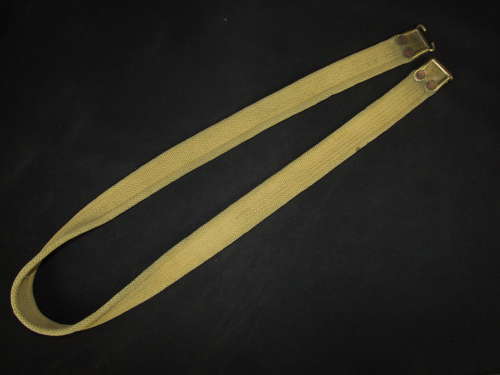 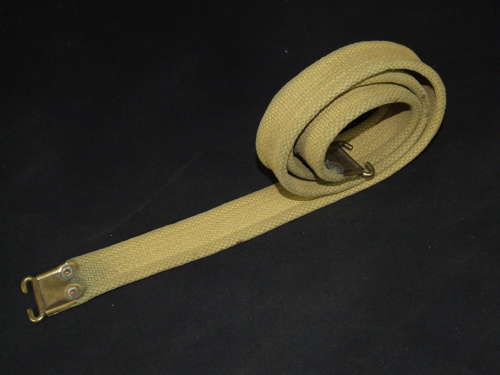 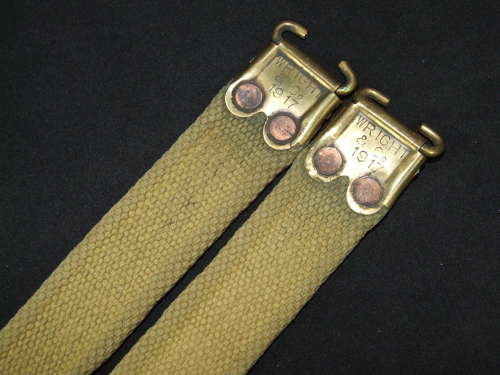 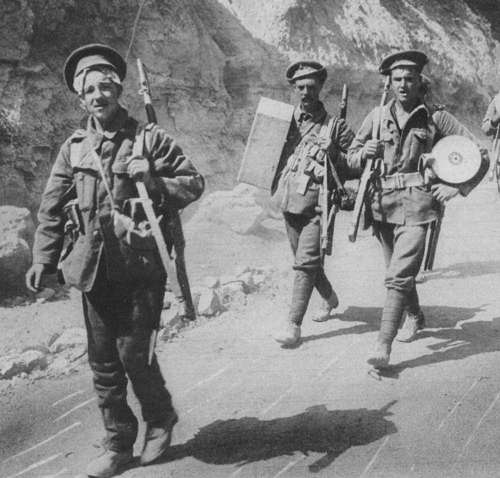 For the WW1 collector this is actually somewhat important as this pattern of Rifle Sling was used by the British Army totally unchanged from before the First World War all the way to the late 1950’s. Since 99% of British webbing Rifle Slings one comes across are not dated in any way, it makes it utterly impossible to know from which era such a “blank” Sling truly dates. Unfortunately for the WW1 collector, given the seventy plus years these Slings were produced, when an undated webbing Rifle Sling is encountered it is more than likely not to date from the First World War.

Here the Rifle Sling is very clearly maker marked and dated “Wright & Co. 1917” to both brass ends, and as an added bonus it is very nicely unblankoed.

An item for the discerning WW1 collector.