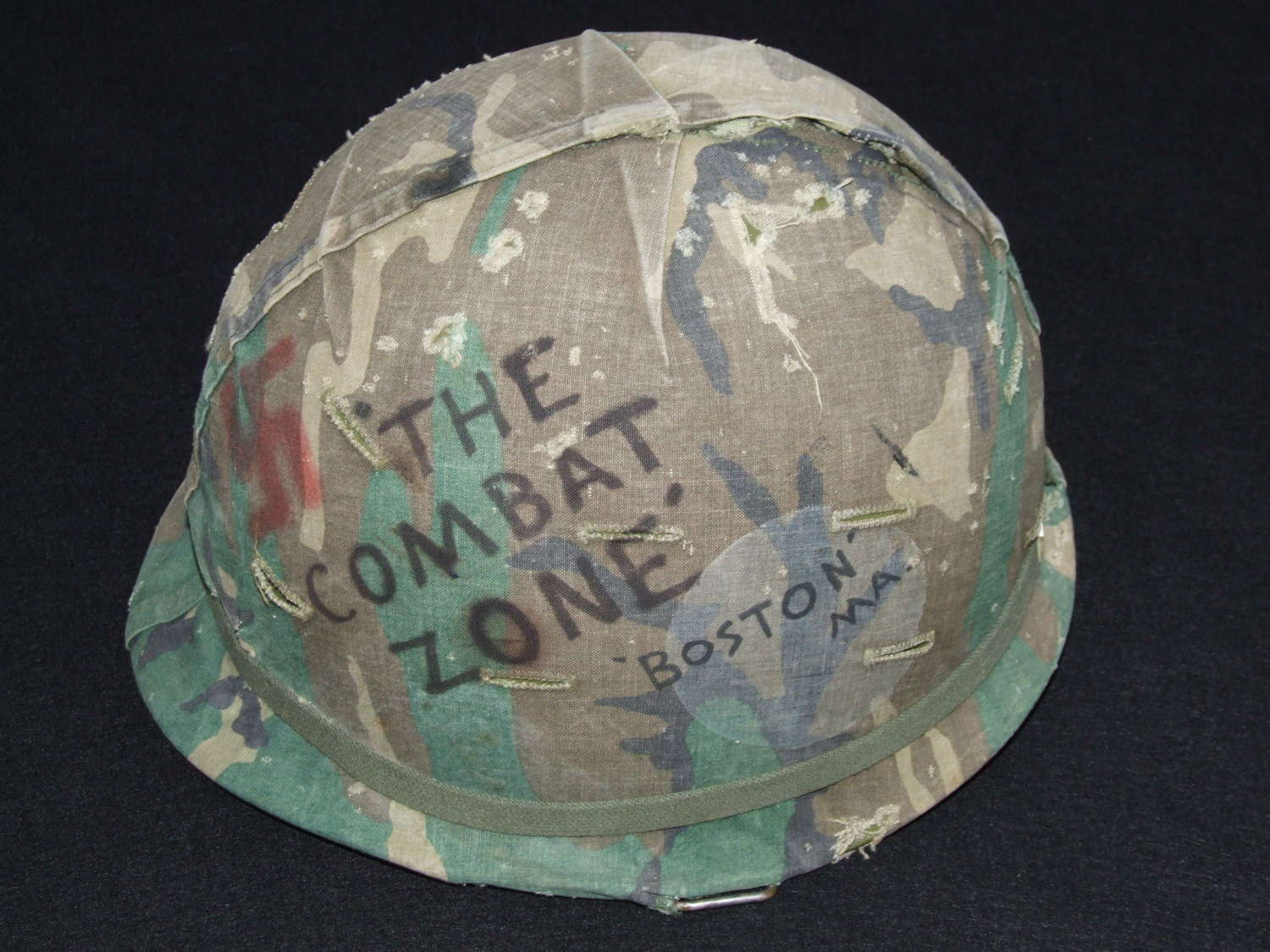 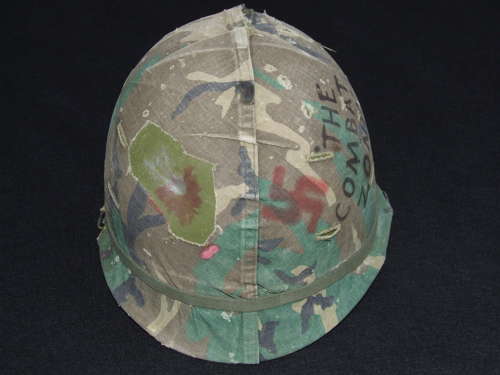 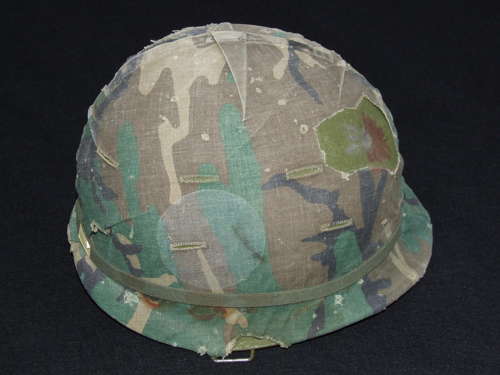 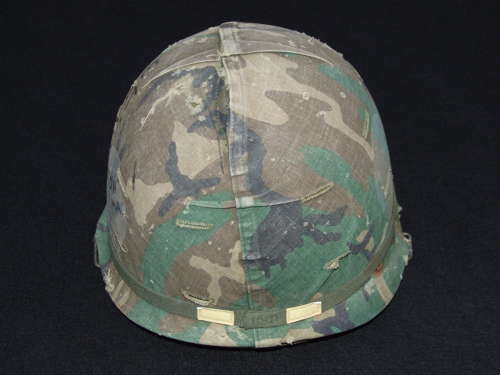 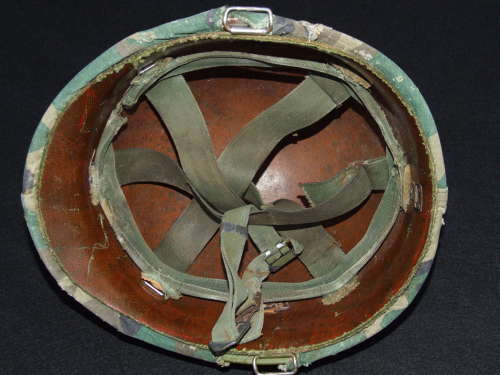 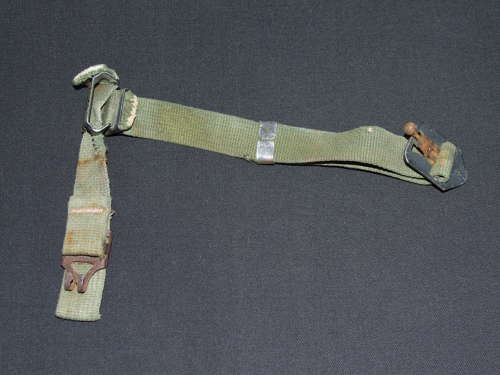 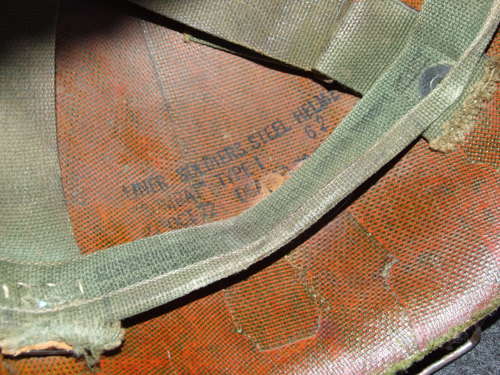 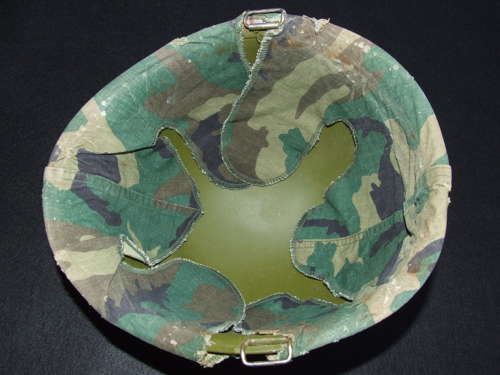 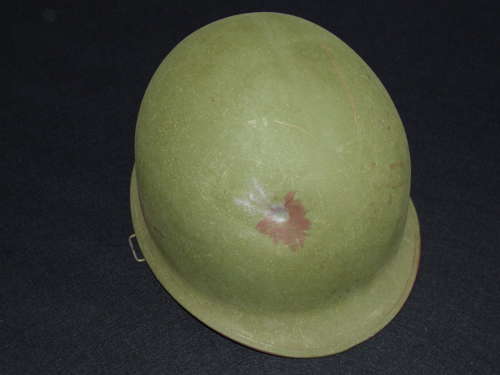 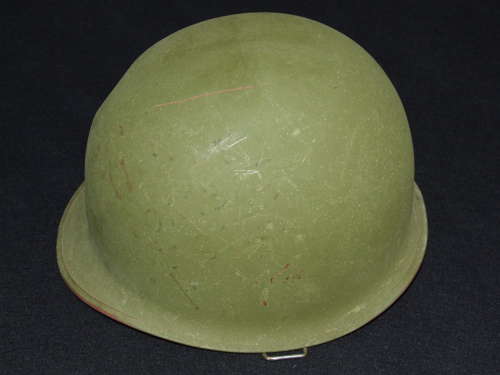 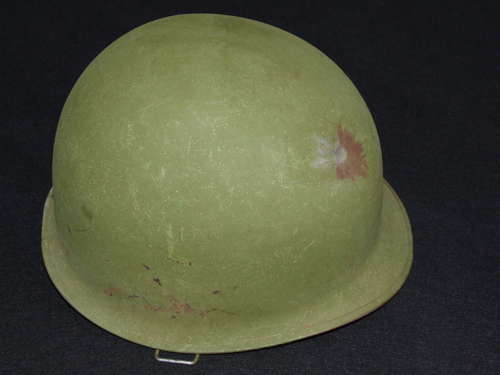 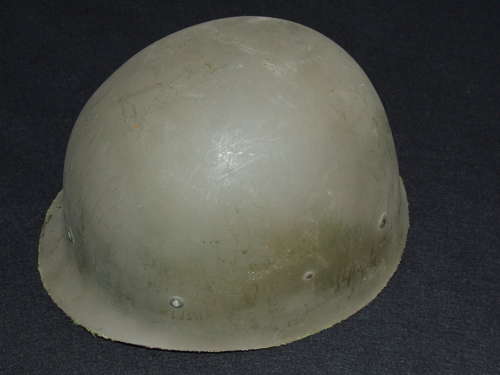 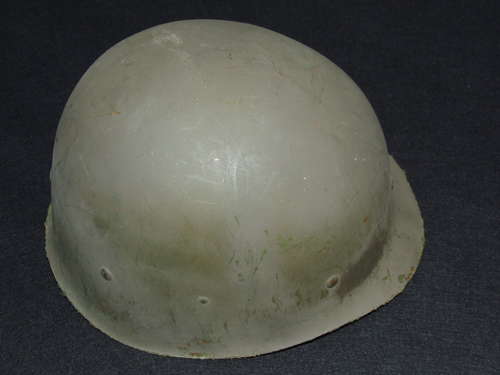 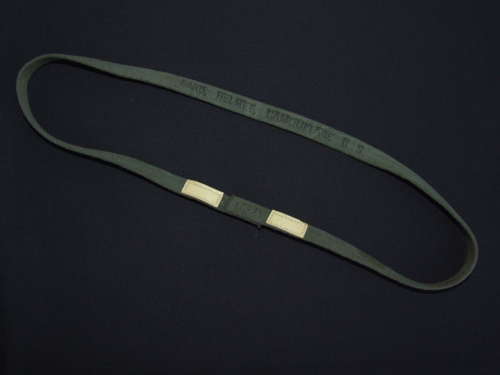 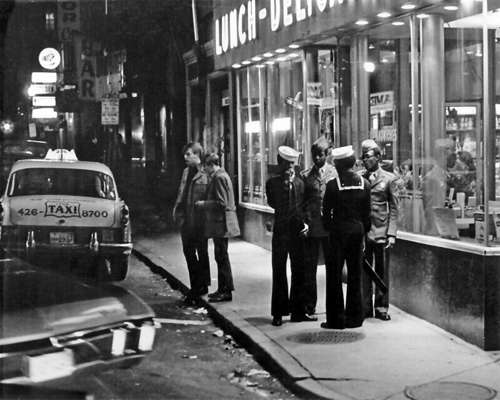 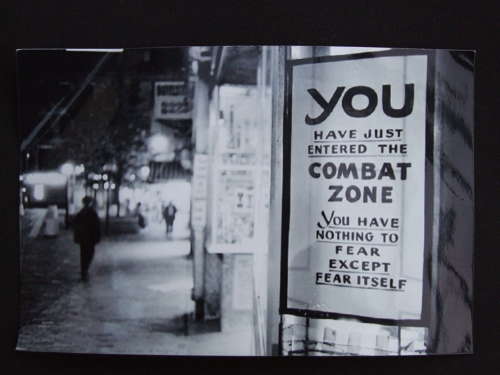 Historic in its own right this Vietnam period US combat Helmet was purportedly found during renovations of a bar in the so called “Comat Zone” area of Boston.

The helmet is in generally good condition but missing its nape strap, further parts of the liner, sweatband and chin straps. It has its camouflage cover and band and an obvious bullet strike highlighted by removal of a small area of the cover.

What makes its appeal is the artwork added with laundry maker, the Helmet perhaps left as a gift in the bar to be later rediscovered.

"Combat Zone" was the name given in the 1960s to the adult entertainment district in downtown Boston, Massachusetts. Cantered on Washington Street between Boylston Street and Kneeland Street, the area was once the site of many strip clubs, peep shows, X-rated movie theatres, and adult bookstores. It had a reputation for crime, including prostitution.

The name "Combat Zone" was popularized through a series of exposé articles on the area Jean Cole wrote for the Boston Daily Record in the 1960s. The moniker described an area that resembled a war zone both because of its well-known crime and violence, and because many soldiers and sailors on shore leave from the Charlestown (Boston) Navy Yard frequented the many strip clubs while in uniform.

In 1974, in an attempt to contain the spread of adult businesses, the Boston Redevelopment Authority officially designated the Combat Zone as the city's adult entertainment district. For a variety of reasons, such as rising property values and the introduction of home video technology, most of the adult businesses in the area have since closed, and the "Combat Zone" moniker has become obsolete.