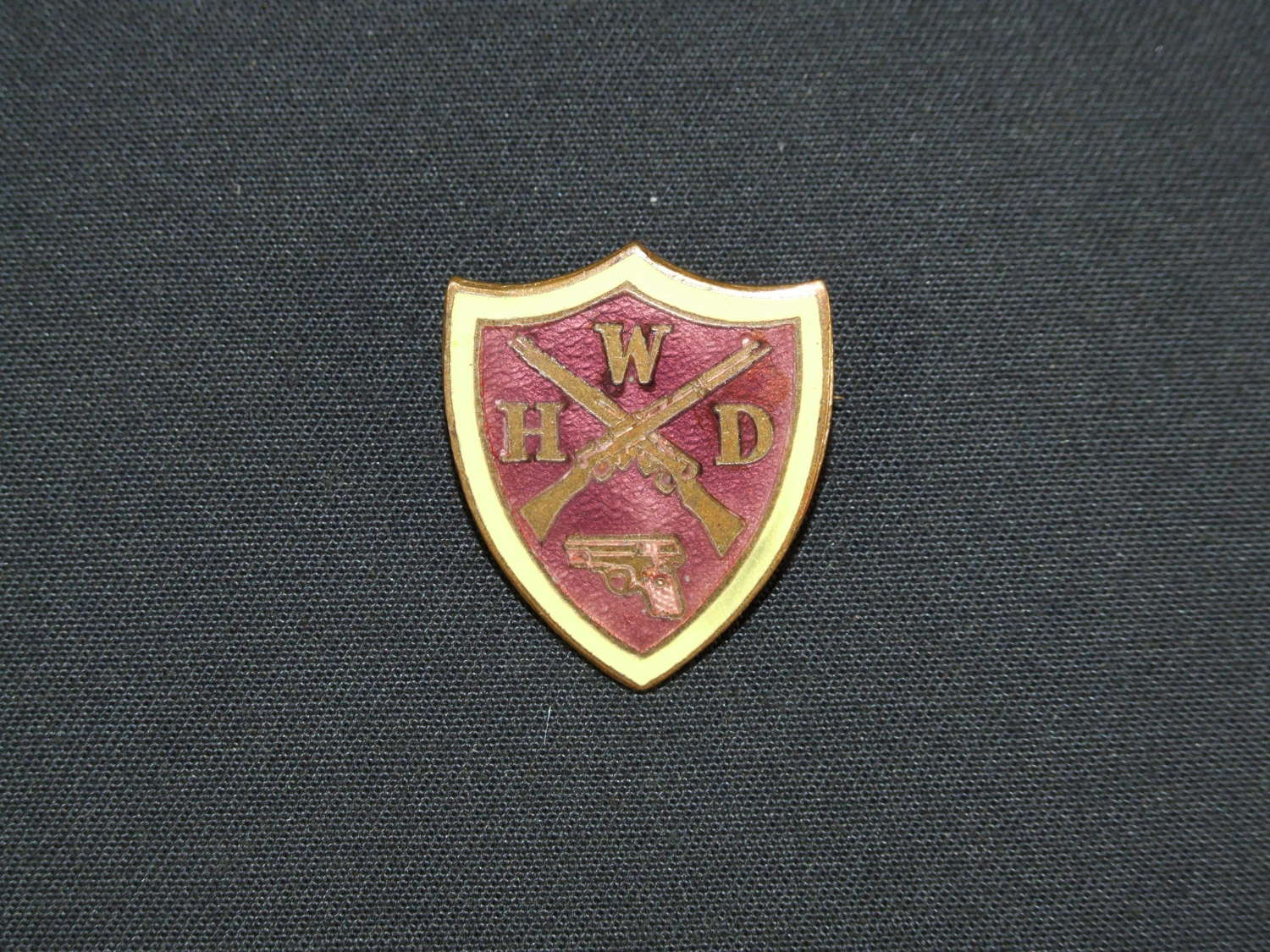 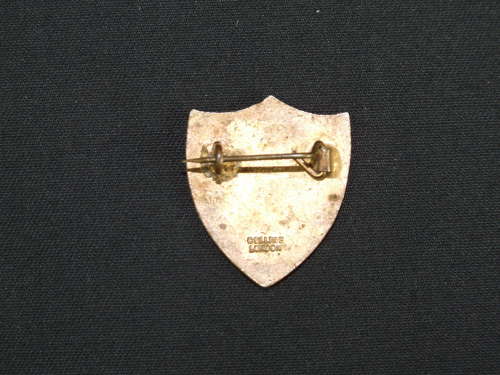 The badge is made from die-stamped brass with two enamels (yellow & brown) and finished with a gilt coating. There is a pin fitting on the reverse side with the maker’s name ‘Collins, London’. The badge measures approximately 30mm x 26mm and is in very good condition.

These badges were issued to members of the Women’s Home Defence corps (WHD) in Britain. The WHD was founded in June 1940 by Dr. Edith Clara Summerskill , it’s aim being to have a role for women in armed defence alongside the Home Guard. Dr. Summerskill was a Labour Party MP and lobbied both parliament and the War Office for official recognition of the WHD.

The War Office refused to recognise the WHD, put forward various arguments against them and technically considered the organisation illegal. It was also seen to be socially unacceptable for women to train as combatants and was claimed that the existence of the WHD competes for scarce resources in competition with other Home Front organisations. It was considered that the official roles of women during wartime were to carry out jobs and support duties that would facilitate the release of men for active combat. However, there were occasions when women of the WHD did train and drill alongside some Home Guard units, but at the discretion of those in command. Just the same, any uniforms or insignia worn by members of the WHD and training with arms were entirely unofficial and off-the-record.

Despite resistance from the authorities, by December of 1942 there were some 250 units of the WHD working in support of the Home Guard. The issue could no longer be ignored and with continued lobbying, increasing support from MP’s, gains were made. In April 1943 the War Office reluctantly recognised and granted the WHD limited responsibility within the Home Guard but in a non-combatant and supportive role. The Women’s Home Guard Auxiliaries (WHGA) as they were now called were not issued with uniforms but identified only by their badge and sometimes an armband. Both the WHD and the WHGA would have worked closely with other Home Front organisations that included the Women’s Voluntary Service (WVS) and the Women’s Institute (WI).