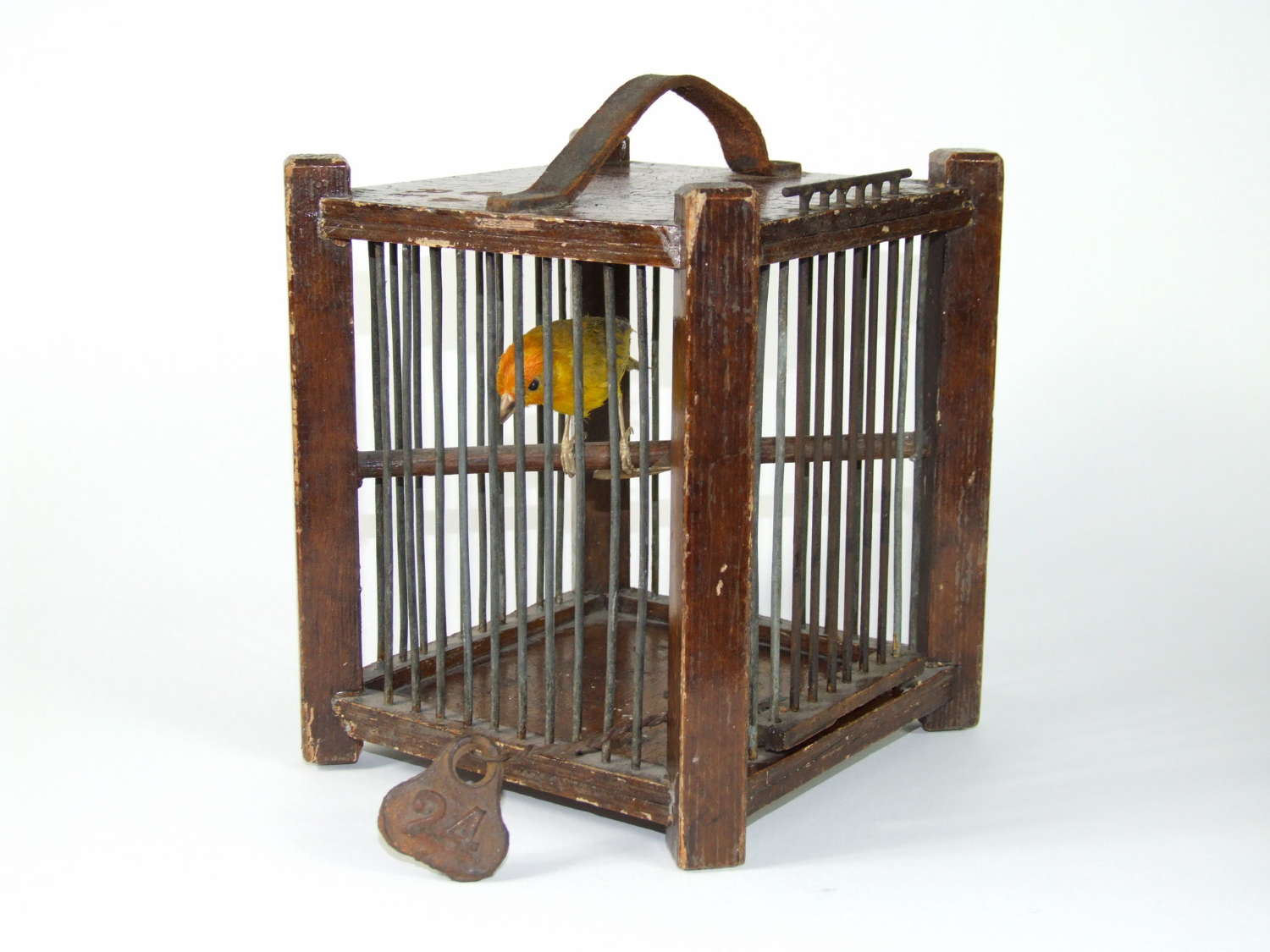 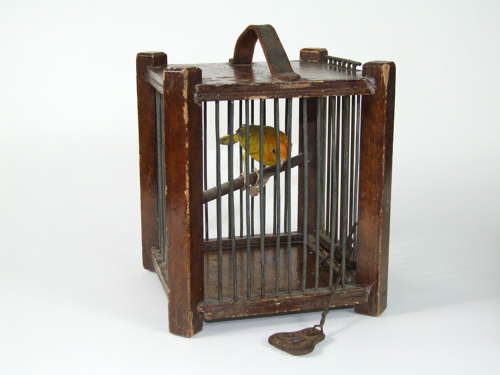 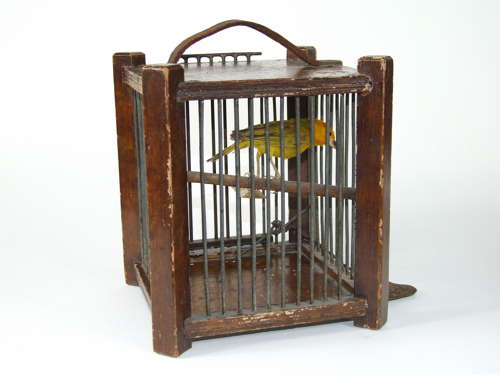 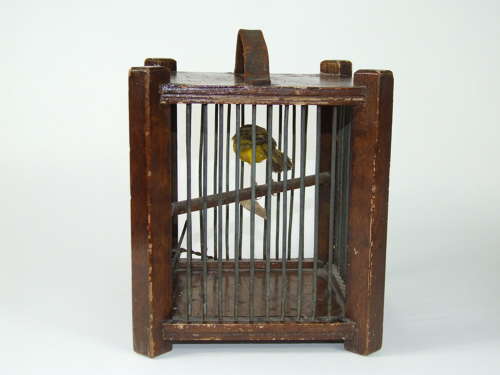 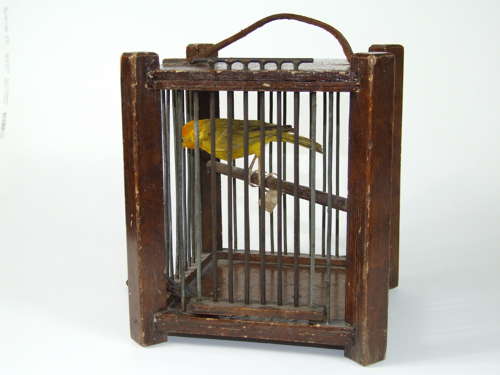 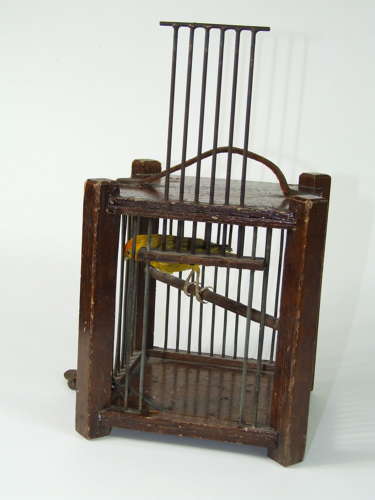 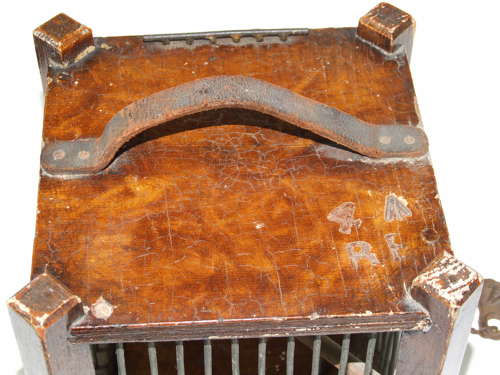 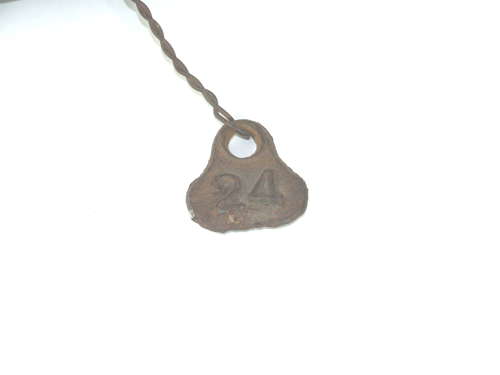 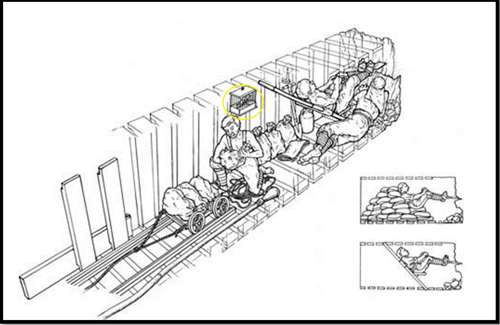 The next rare item from the small collection of World War One Royal Engineers Tunnelling Companies pieces is this British Army Issue Bird Cage. This another classic item inseparable from Britain’s underground war. (For a brief history of RE Tunnelling Companies please see my previous listing).

The Bird Cage is complete and in good condition overall with no woodworm or damage. It is clearly issue marked to the Royal Engineers and still retains the bird/cage’s metal identification tag (24) attached to the bars. For display purposes a stuffed canary is also present.

One of the major problems for WW1 tunnellers was carbon monoxide gas which was given off by all projectiles from shells to rifle bullets. On the surface the gas quickly dissipated but underground it was trapped in the clay and tunnels. Carbon Monoxide is invisible, odourless, initially debilitating, and ultimately fatal. If a lot of such gas was present a tunneller could be unconscious in minutes with little warning.

With the use of experienced miners in the Tunnelling Companies however, came the use of "miners friends" in the form of mice and later small birds, such as canaries. With a high metabolic rate, these were readily susceptible to gas, and therefore were issued to the RE Tunnelling Companies as an official item. When gas was present, their unconsciousness would alert miners to the need to immediately evacuate. Although many animals died, others would recover on the surface, with at least one Tunnelling  Company keeping a record of the gassings so that their creatures did not have to endure more than three instances before being pensioned off to an aviary. (The crucial role of these miners’ friends are honoured on the Scottish National War Memorial in Edinburgh).