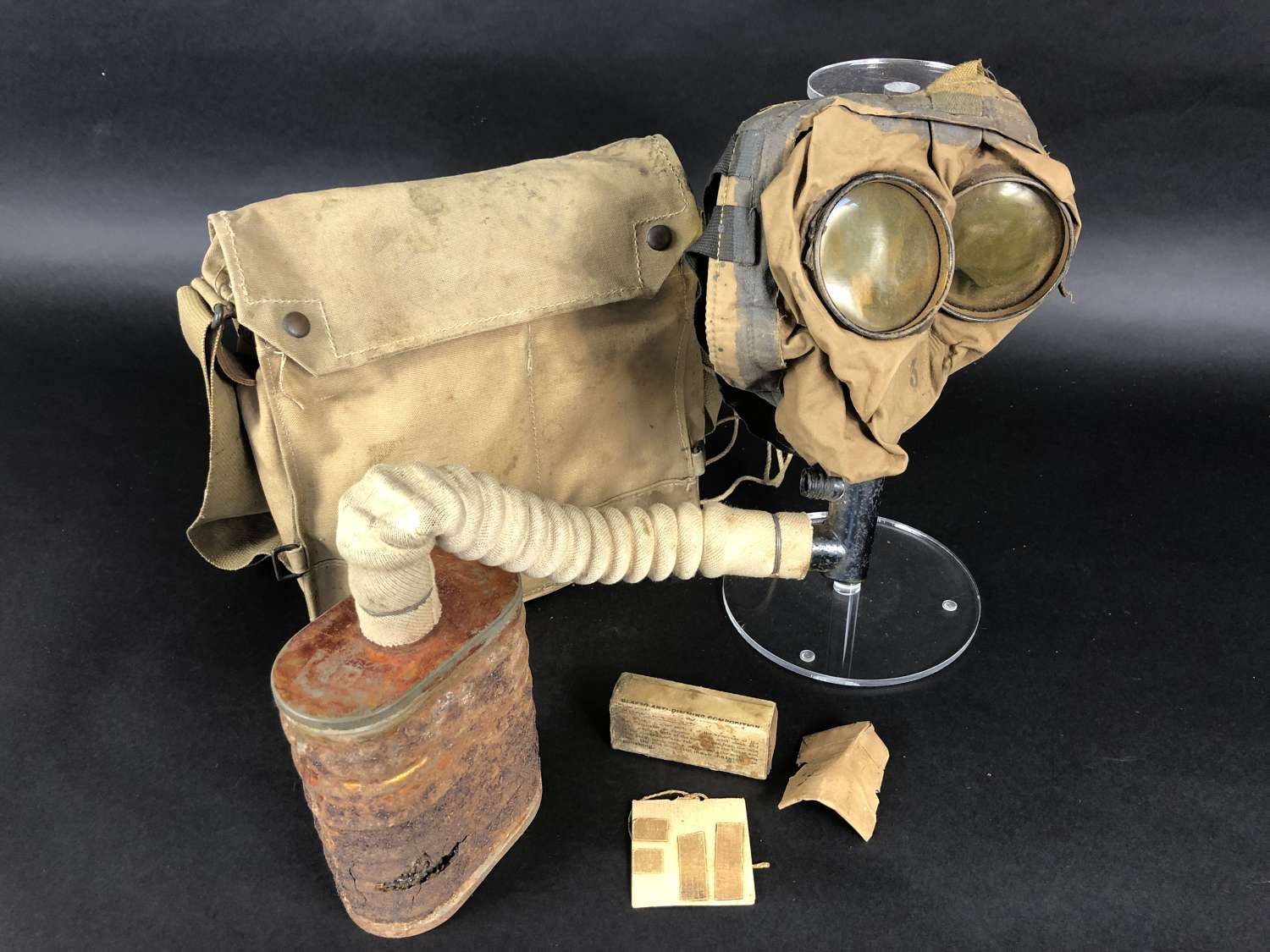 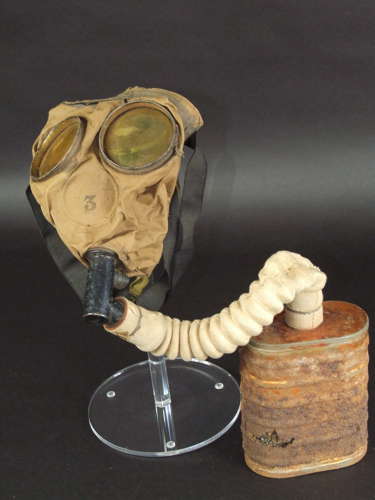 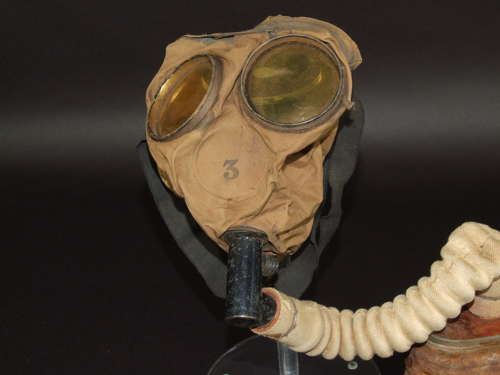 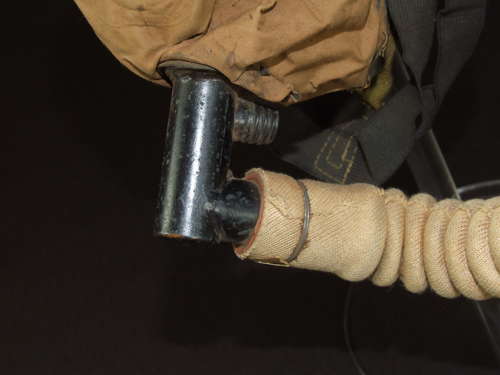 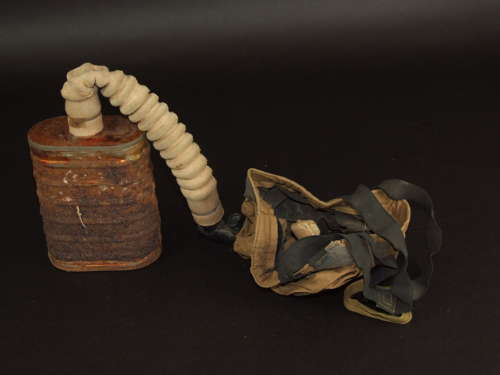 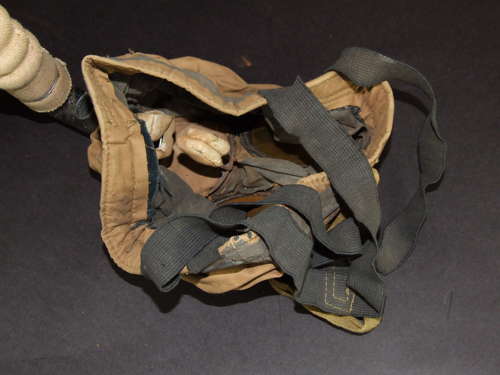 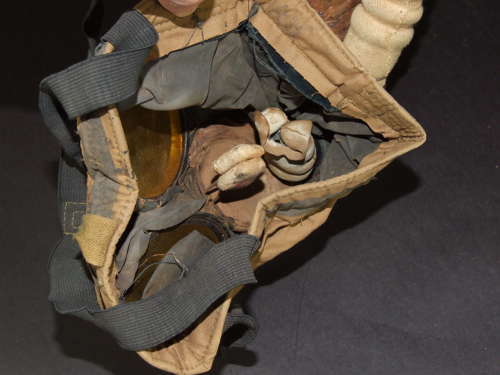 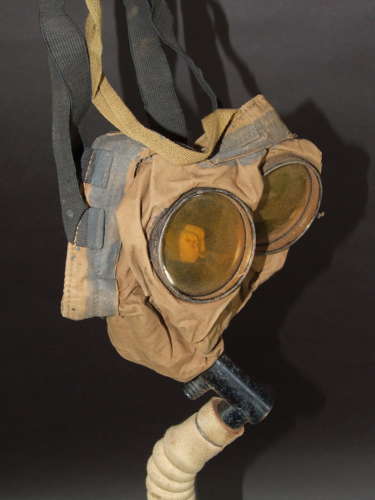 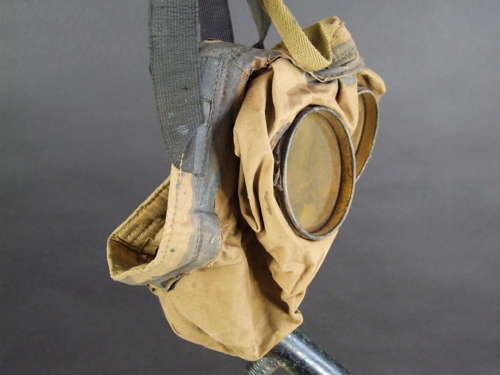 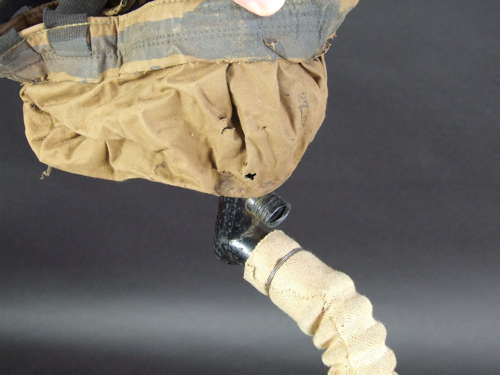 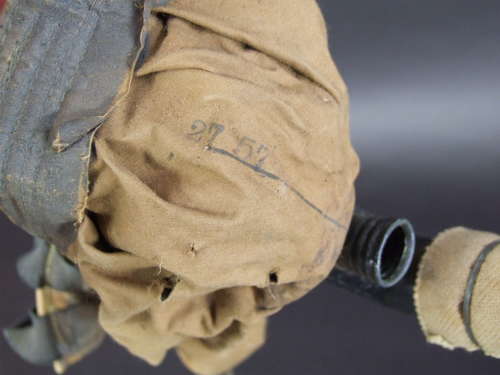 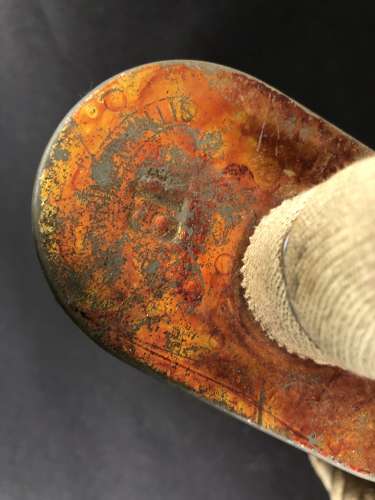 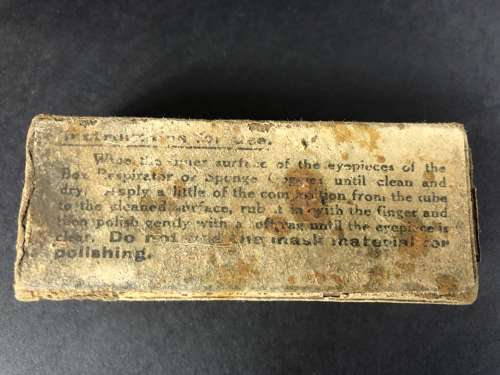 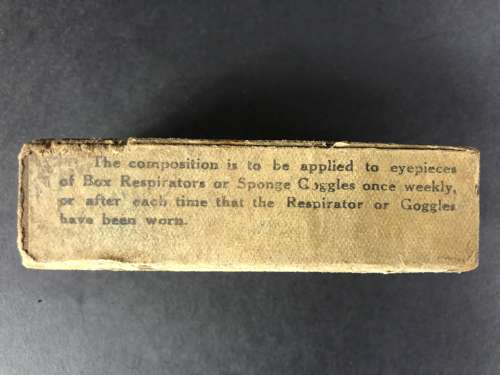 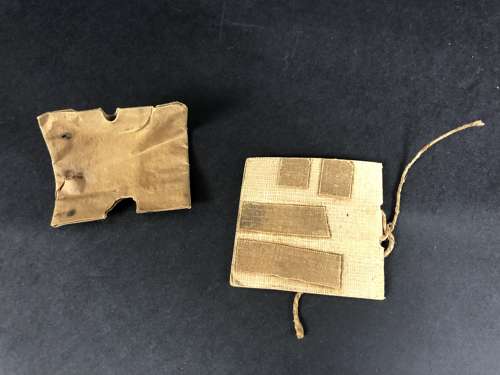 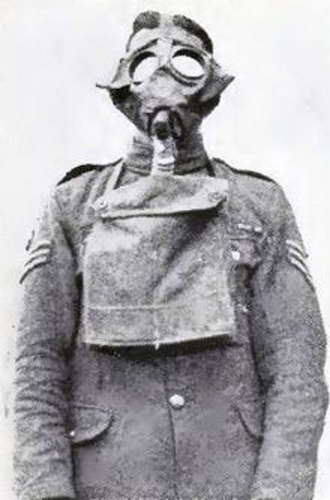 First introduced in late 1916 to provide reliable protection against chlorine and phosgene gas, it replaced the less effective PH “Gas Helmet” to become a classic part of the silhouette of the allied soldier for the second half of WW1.

It was a huge leap forward in gas protection at the time, far outstripping in effectiveness any other gas protection in existence on either side of the conflict. It was issued to all British and Commonwealth troops, as well as to other Armies such as the Americans and Italians.

This example is complete and in good condition for the type. It has though suffered a few of the usual ravages of time pretty much always encountered on any surviving examples of these. As is often the case the invariably brittle small rubber valve at the corner join of the mask to the hose has disintegrated and the filter has rusted through in certain places due to the internal chemicals degrading. It remains however a better than average example. The hose though twisted is undamaged, and the fragile face mask is only pierced in a couple of very small inconspicuous places below the chin. The face mask size is a good size “3” and internally the nose clip is still present and complete with its gauze pads. Also present and complete is the delicate rubber mouth piece.

Externally the elastic straps which hold the face mask to the head remain strong.

The Bag for this Small Box Respirator is no less pleasing. In the first instance it is nicely British Government “broad arrow” marked and dated 1917. Then the webbing shoulder strap is once more complete and undamaged, as is the all important leather tab to the side which holds the Bag in the “alert” position. This is still very pliable. Still present also is the often missing length of string which keeps the Bag firmly held to the chest when at the “alert”.

To the exterior the Bag bears the name of an American soldier in an aero squadron, and internally it retains its the seldom seen lens de-misting and face mask repairing kits always issued with these.

A good example of a classic WW1 item.