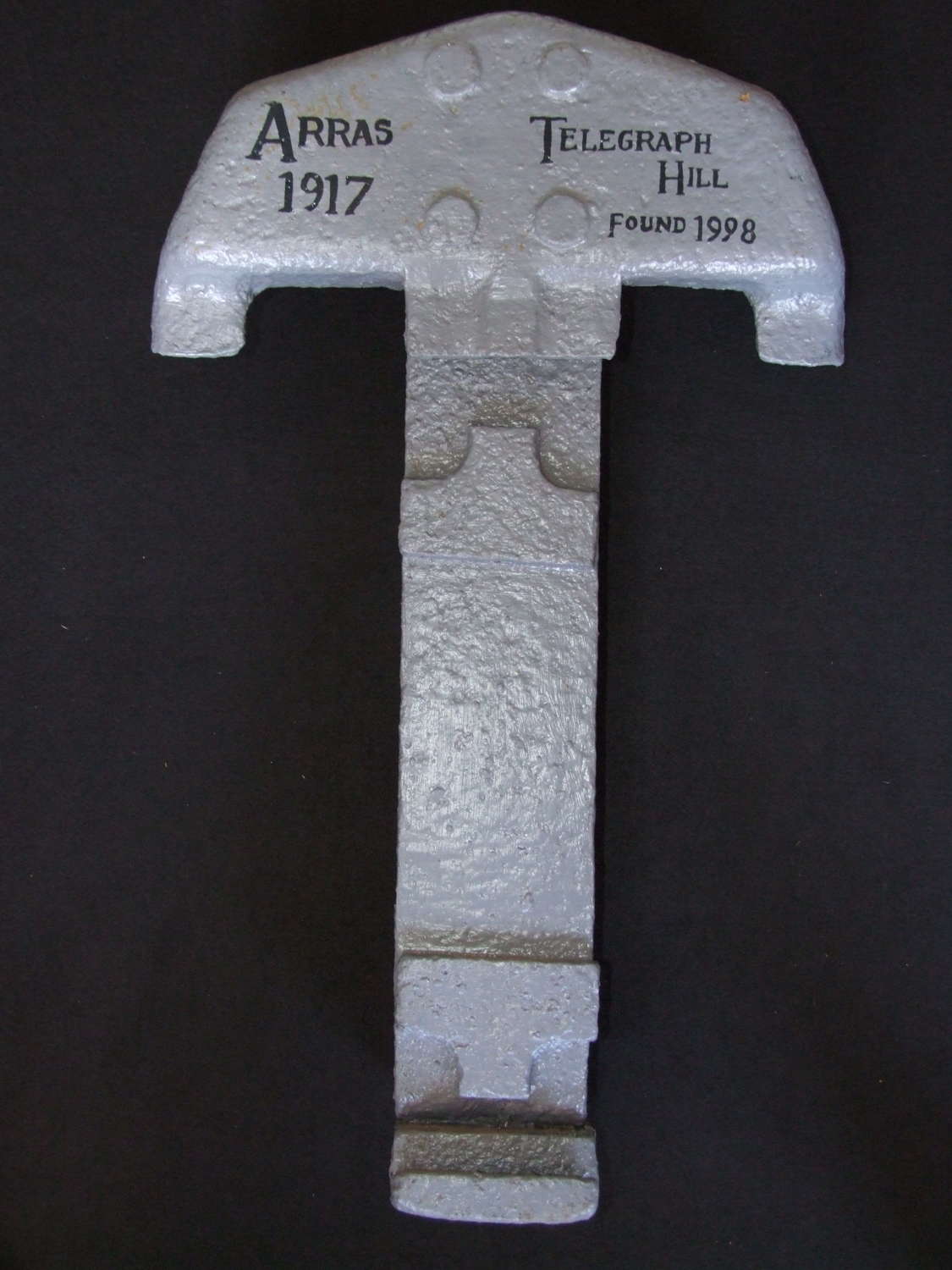 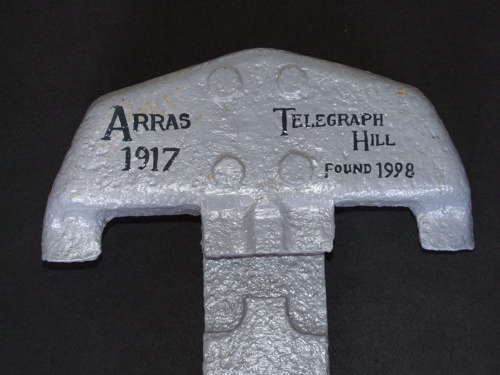 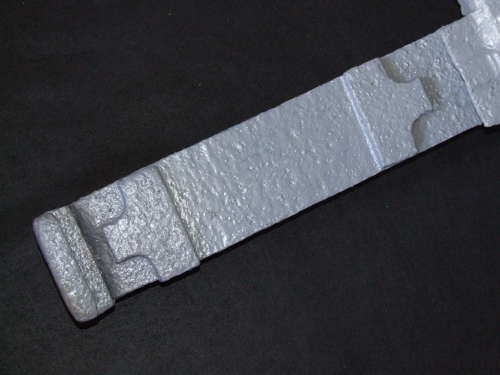 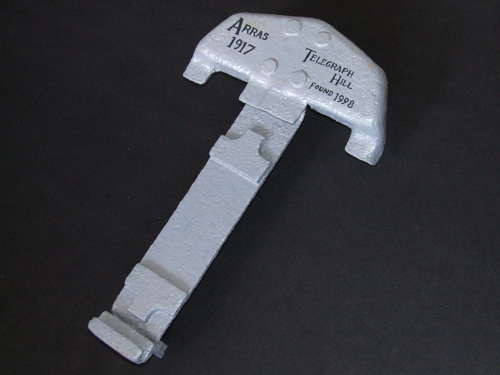 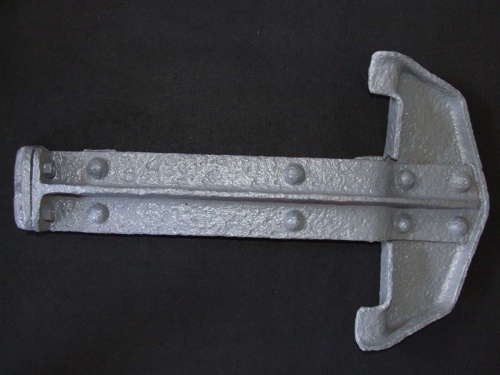 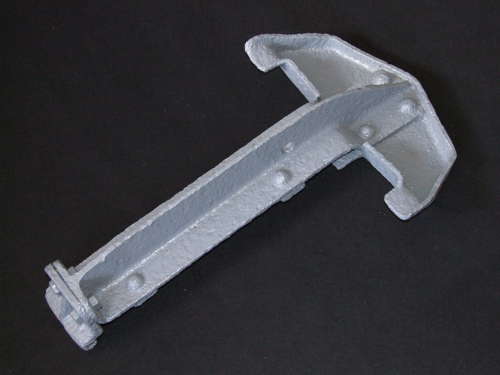 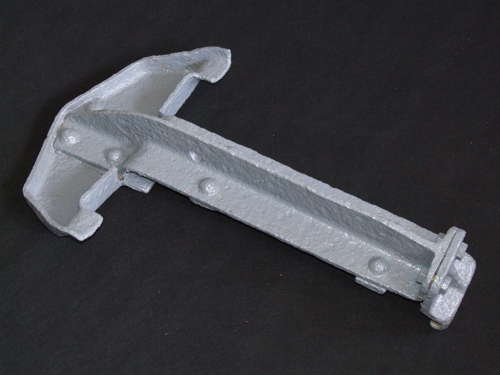 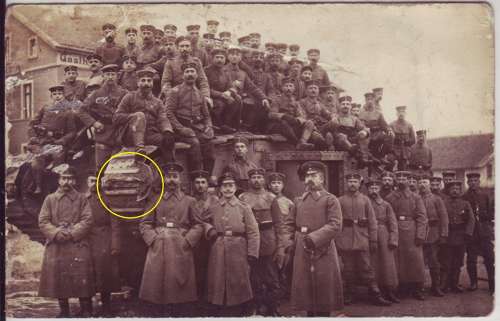 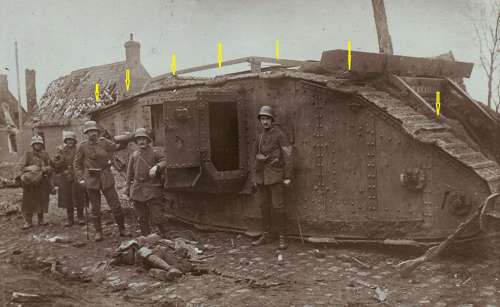 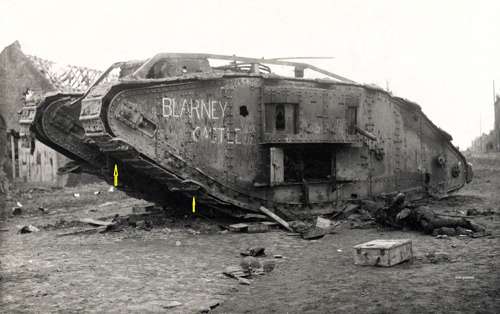 A single and very rare WW1 “Grouser or Spud” developed during World War 1 as an external track extension to widen the tracks for improved performance in mud and snow.

Typically used on the M1V British Tank this example appears to have been discovered in 1998 in the area of Arras. With a weight of about 16Kgs it measures 68cms by 42 cms at its widest point and is in very good ground recovered condition.

These were an early development and proved only partially successful, being susceptible to damage from large stones and becoming tangled with barbed wired.

The name “Spud “came from its similarity in appearance to the tool used for digging a hole to plant vegetables etc. Since most vegetables were potatoes, potatoes are to this day also known as “Spuds” in Britain.

Due to it’s weight, Collection Only from the PO8 area of Hampshire please, or by some other agreed arrangement.

This item is only available for collection.