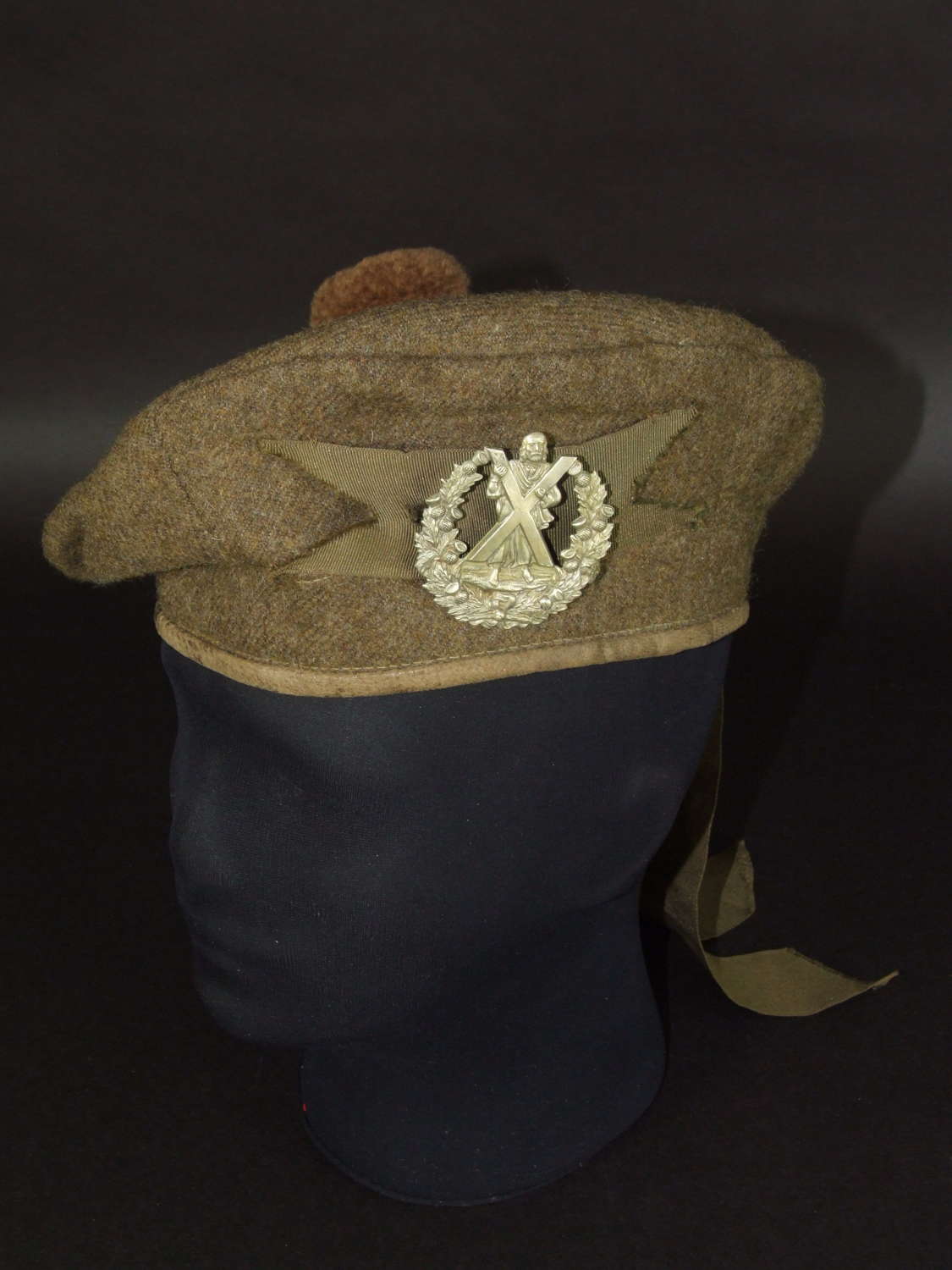 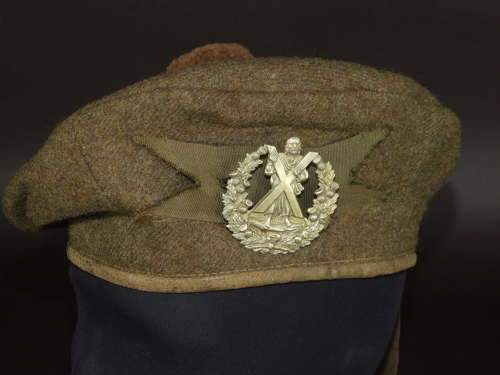 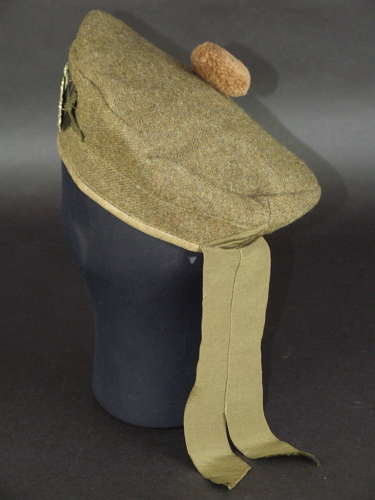 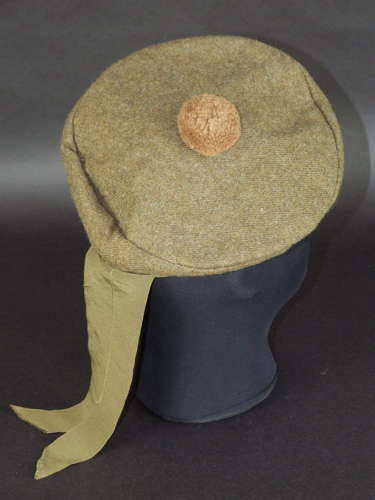 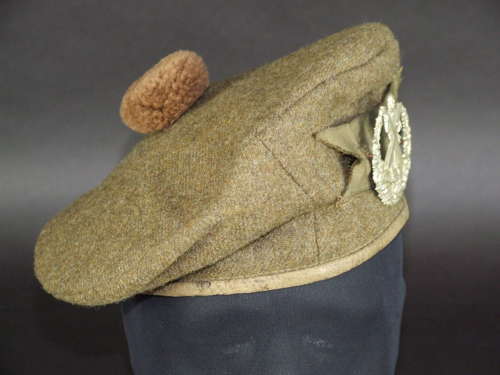 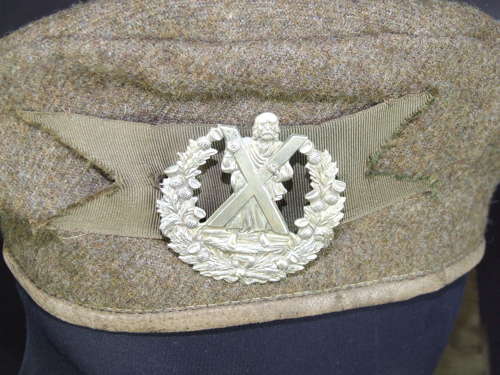 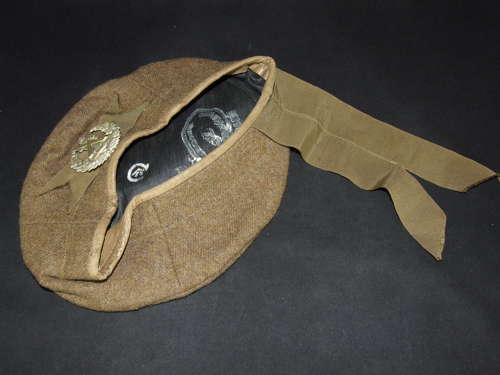 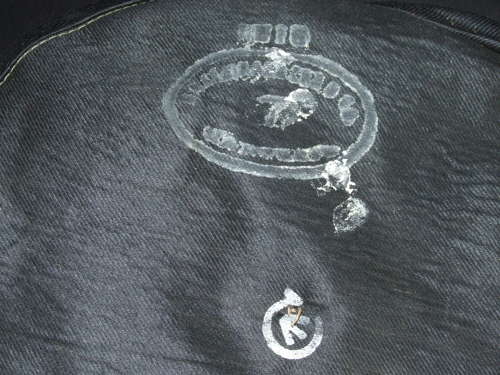 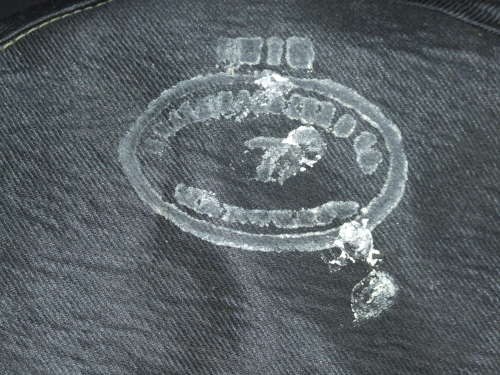 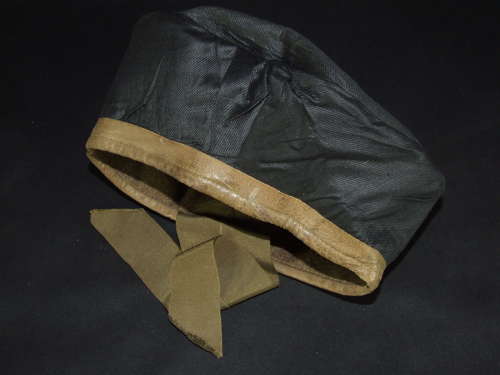 A superb example of the rare Canadian version of the WW1 Khaki Balmoral Bonnet. WW1 Canadian Khaki Balmorals differ slightly from their British counterpart in that they incorporate some features of the later Tam ‘O’ Shanter Bonnet. This is most visible in the khaki serge cloth used and the multiple piece construction which do not feature on British Balmorals, these being of one piece “knitted” wool construction.

This Balmoral is in very good perhaps unused condition with absolutely no damage of any kind. It features a further typical Canadian feature in having a khaki leather trim bordering its black lining and this remains whole and supple. The black lining is maker marked and dated 1916 in white and appears to be a good size “7”.  The lining also bears the Canadian Army mark of a large letter “C” with a government "broad arrow" within.

The Bonnet is badged to the Cameron Highlanders of Canada, the badge being the early version without title scroll.

The Cameron Highlanders of Canada landed in France on the 22nd February 1916 where they fought with distinction in the 9th Infantry Brigade, 3rd Canadian Division all the way to the end of the war.

A rare piece of WW1 Headgear.