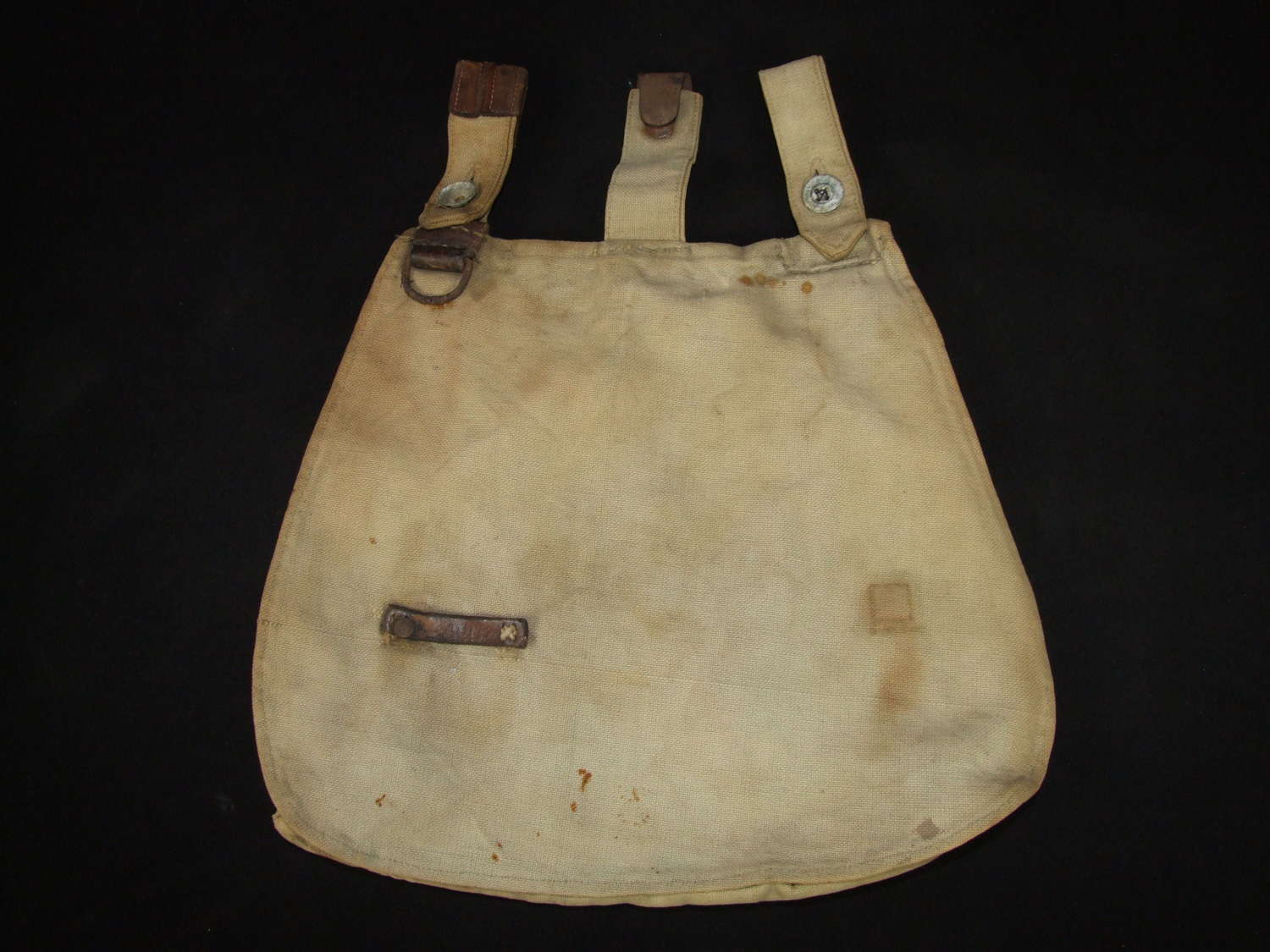 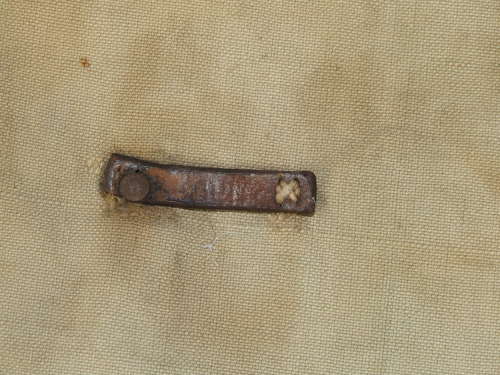 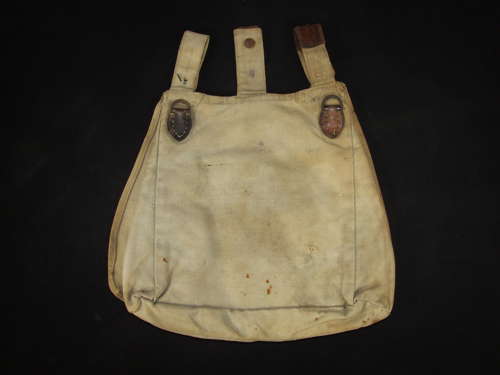 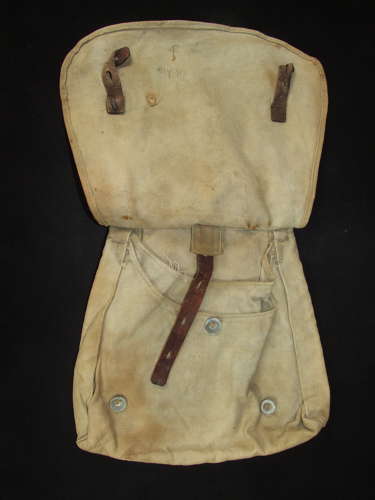 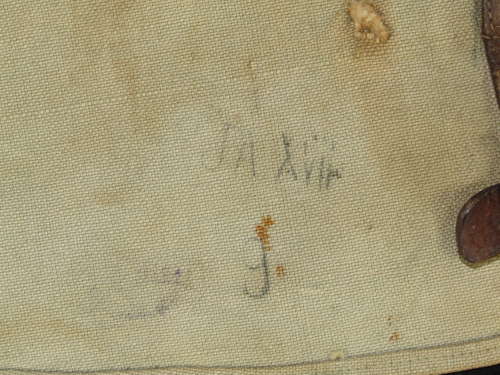 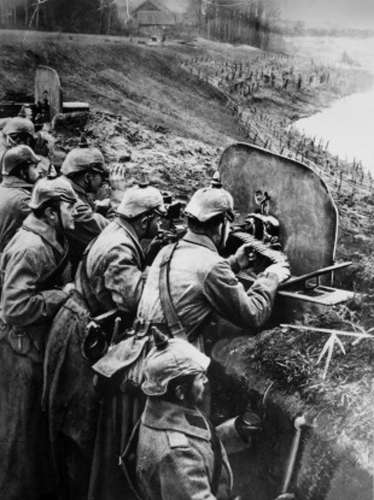 A good field used M1887/14 Bread Bag manufactured in the grey heavy-duty canvas first introduced in late 1914. The Bread Bag is absolutely complete and undamaged though the grey canvas has faded a little as is standard on trench used examples. The leatherwork is now stiff but has nevertheless retained its original issue brown colour, this so often subsequently darkened, and the metal fitting have surface rust.

The small leather tab to front of the Bag’s flap used to keep the clipped Water Bottle in position has been Depot repaired by the addition of a securing rivet. Such official Depot repairs are a classic indication of a trench used item. In confirmation of the official status of the Depot repair the Bread bag is marked JA XVII, the letter “J” in that marking being the Imperial German Army’s alphabet code for the "Bekleidungs Instandsetzung” (the Army’s official repair unit) one of which was attached to each Army Corps. In this case the Army Corps is obviously the 17th from the roman numeral part of the marking. Roman numeral repair markings of this type were only used in the First World War.

To the left of the repair marking there appears to be the remains of another marking, I believe this to be the original manufacturer’s mark though this is much too faded now to be readable.

The button securing the right side belt loop has been replaced by an issue trouser button, I believe this to be a field repair as opposed to anything else.