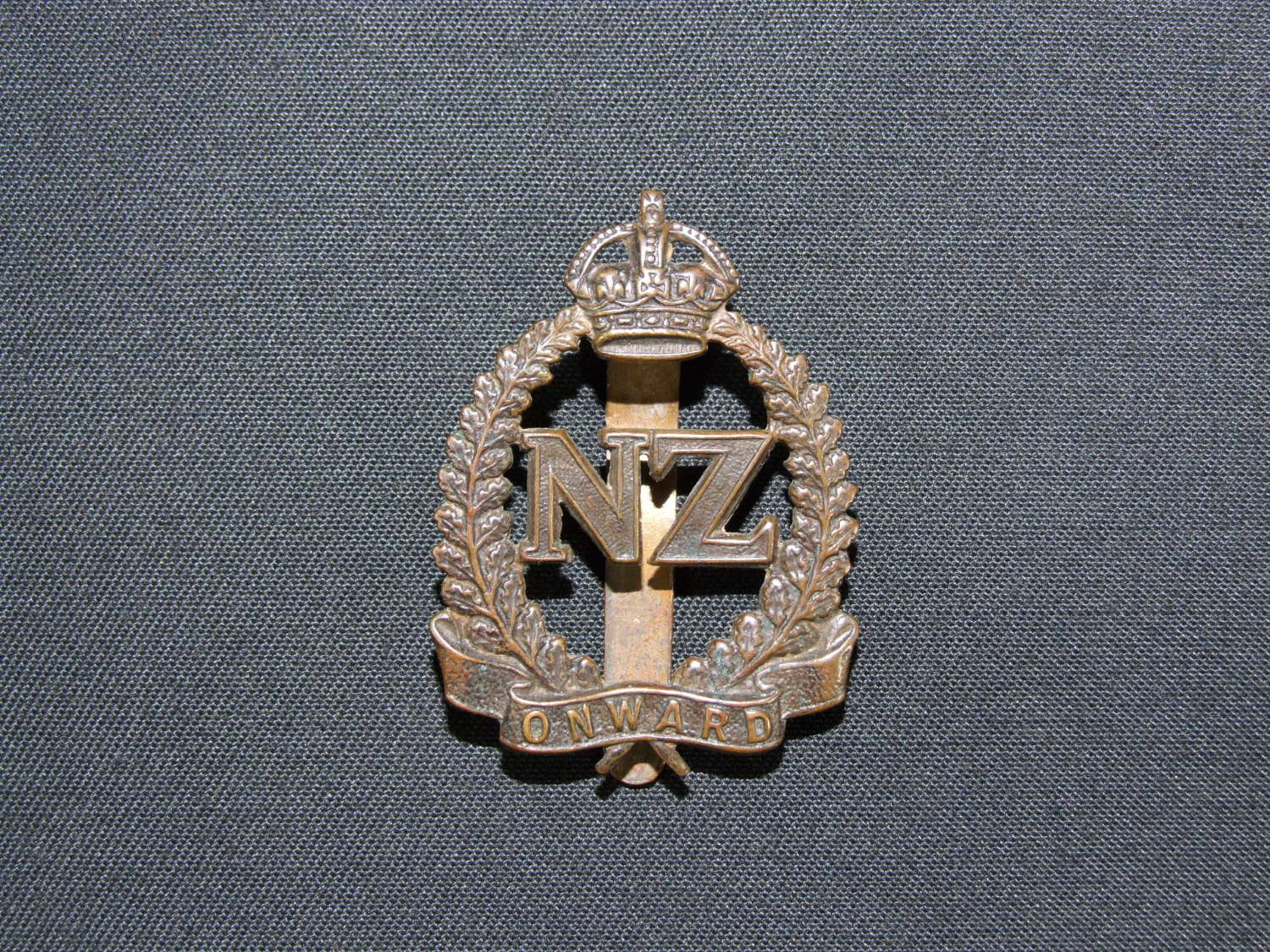 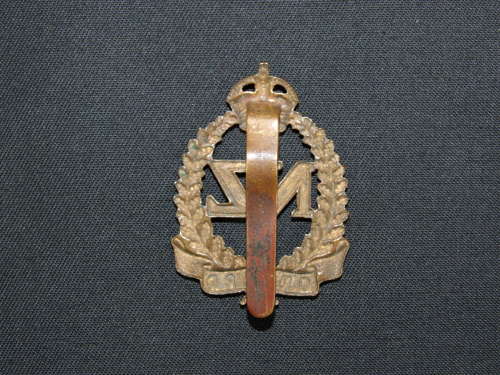 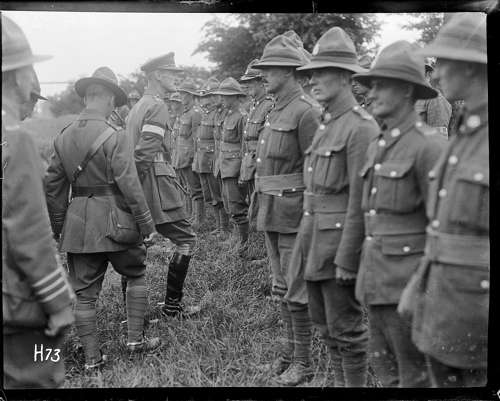 A very good example of a rather rare and short lived Bronze Cap Badge for The British Section of the WW1 New Zealand Expeditionary Force.

In very good condition the Badge is on a slider to allow it to be worn over a puggaree. The slider itself with slight bends.

The "Onward" hat badge & collar dogs started life as the NZ Expeditionary Force badge with matching collar dogs. This was later replaced by the badge originally created for the British Section of the NZEF as we have here. Although the Unit was one of the shortest lived Units of all time it's badge went on to make history. There were several variations of the wreath, oak-leaves (originally) and ferns (later).

The British Section of the NZEF was formed by New Zealanders living in England and, with a strength of 7 Officers and 233 men sailed for Egypt on 12 December 1914. It was dissolved the following day and the men were absorbed into the Army Service Corps and an Engineer Field Company.

Their "Onward" badge went on to become the general service badge of the NZEF & 2NZEF. Some of the early "Onward" badges were made with oak leaf wreaths not the later and more common fern leaf and this is one of them.

With wear it is sometimes hard to tell the difference but it is very important to collectors.