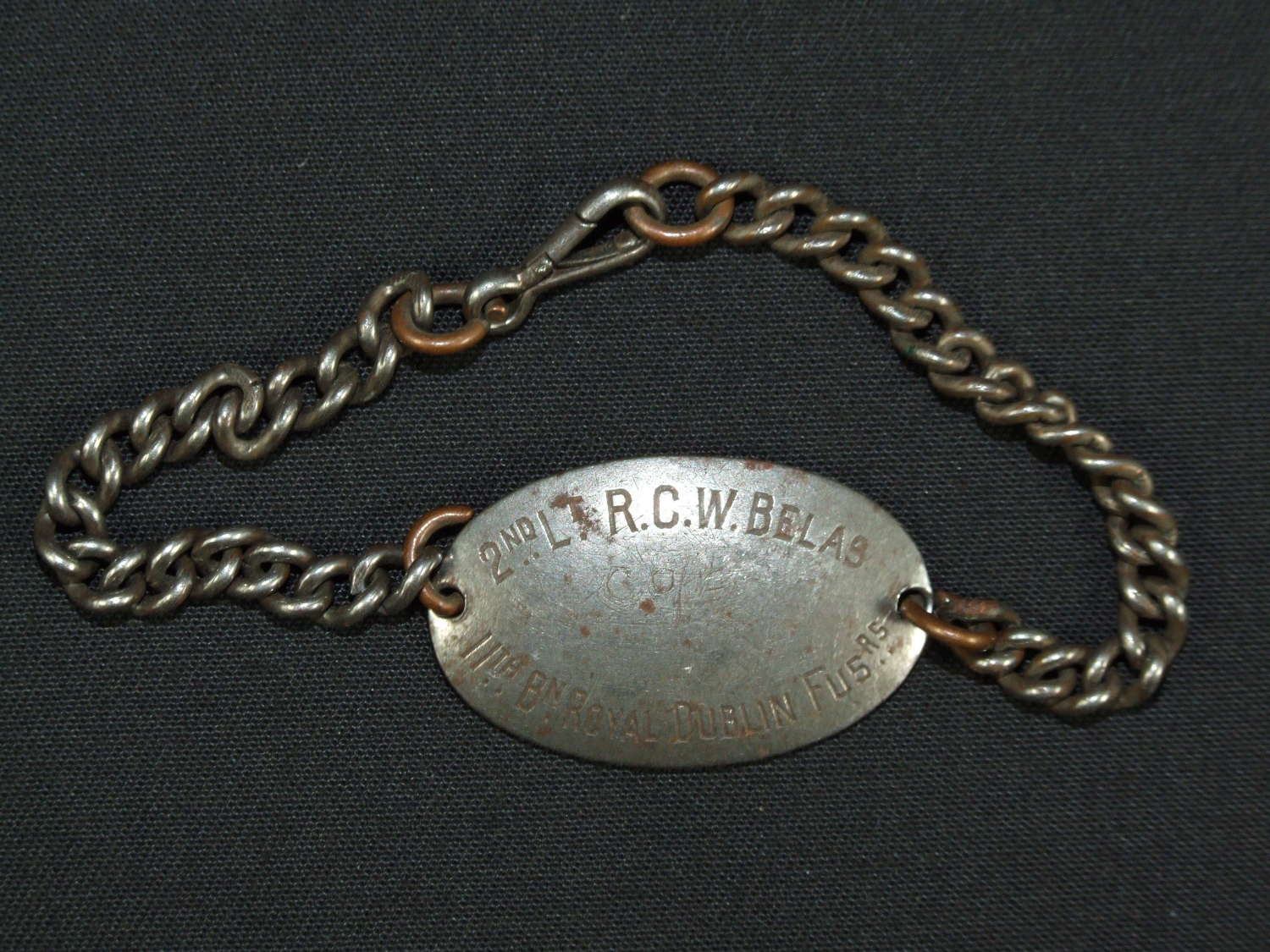 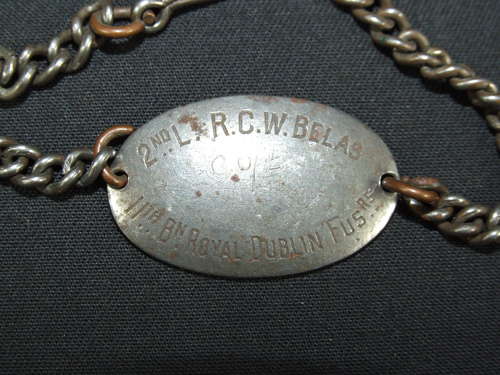 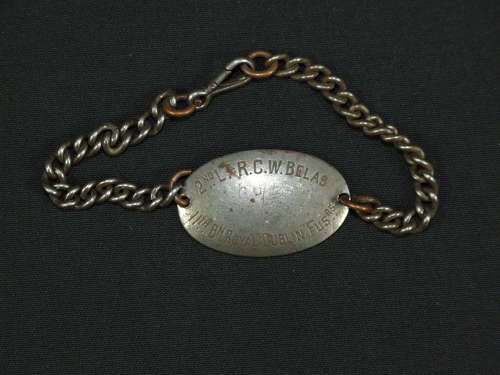 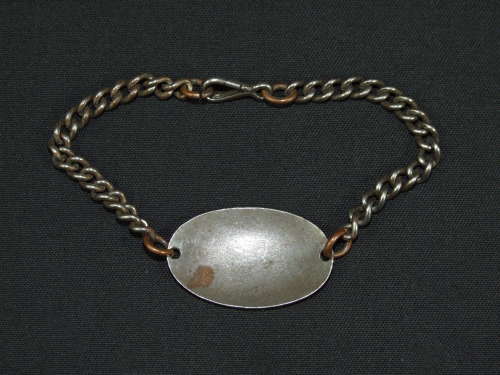 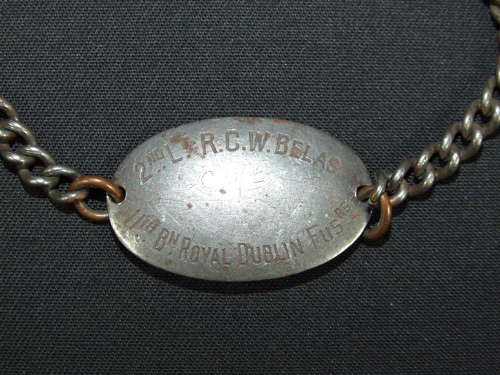 £250.00 Approx $302.66, €290.36, £250
Qty
A historically (and emotionally) important WW1 Officer’s private purchase Identity Bracelet belonging to 2nd Lieutenant R.C.W Belas of the Royal Dublin Fusiliers who was killed in action on the 21st March 1918, the first day of Germany’s famous last ditch Spring Offensive on the Western Front.
2nd Lt.Belas was commissioned into the 11th Battalion Royal Dublin Fusiliers as an 18 year old on the 1st of March 1917. On the 1st of October 1917 he transferred to the regiment's 8th Battalion and was sent to France. Following that Battalion’s disbandment due to casualty losses he was then sent to the regiment's 1st Battalion on the 10th of February 1918.
Alas just five weeks later the 1st Battalion Royal Dublin Fusiliers (1st Bn RDF) bore the brunt of the “Kaiserschlacht” or German Spring Offensive, this the greatest catastrophe for the British Army in WW1 after the Battle of the Somme. The German Spring Offensive began on the 21st of March 1918 near the village Epehy, unfortunately this being the first day of the 1st Bn RDF deployment in the forward zone trenches there. The 1st Bn RDF thus had the great misfortune of being a the very epicentre of the German attack on the day, and 2nd Lt.Belas sadly suffered the consequences.
The German bombardment began at 4.40am. In just five hours 1.16 million shells of High Explosive and Poison Gas were fired into the Irish lines, this compared to the 1.5 million shells fired by the British in the entire week prior to the Battle of the Somme. This was followed by an assault of five German Divisions onto the solitary Irish one (the 16th Irish Division).
To add to the hell all this occurred whilst the whole battlefield was blanketed in thick fog with visibility down to just 10 meters.
Unsurprisingly the result of this maelstrom was utter slaughter. The Royal Dublin Fusiliers being at the centre of the assault were all but wiped out, suffering the greatest losses of any regiment within the 16th Division, with the Division itself effectively destroyed as a fighting formation. The 1st Bn RDF alone lost 600 men and 28 officers in the battle, of which Lt.Belas was tragically one.
He was just nineteen.
This Identity Bracelet was acquired from the family in the early 1980’s, it was the only thing removed from Lt.Belas’s remains and sent home since a private purchase item. Of the thirteen fellow casualties found in his immediate vicinity from that day, 2nd Lt.Belas’s body was the only one identified, presumably from this private purchase Bracelet. It enabled his peers to erect a temporary cross over his remains which were then subsequently reburied at the Unicorn Cemetery in Vendhuile, this alongside his unknown comrades.
An unbelievably poignant WW1 artefact.