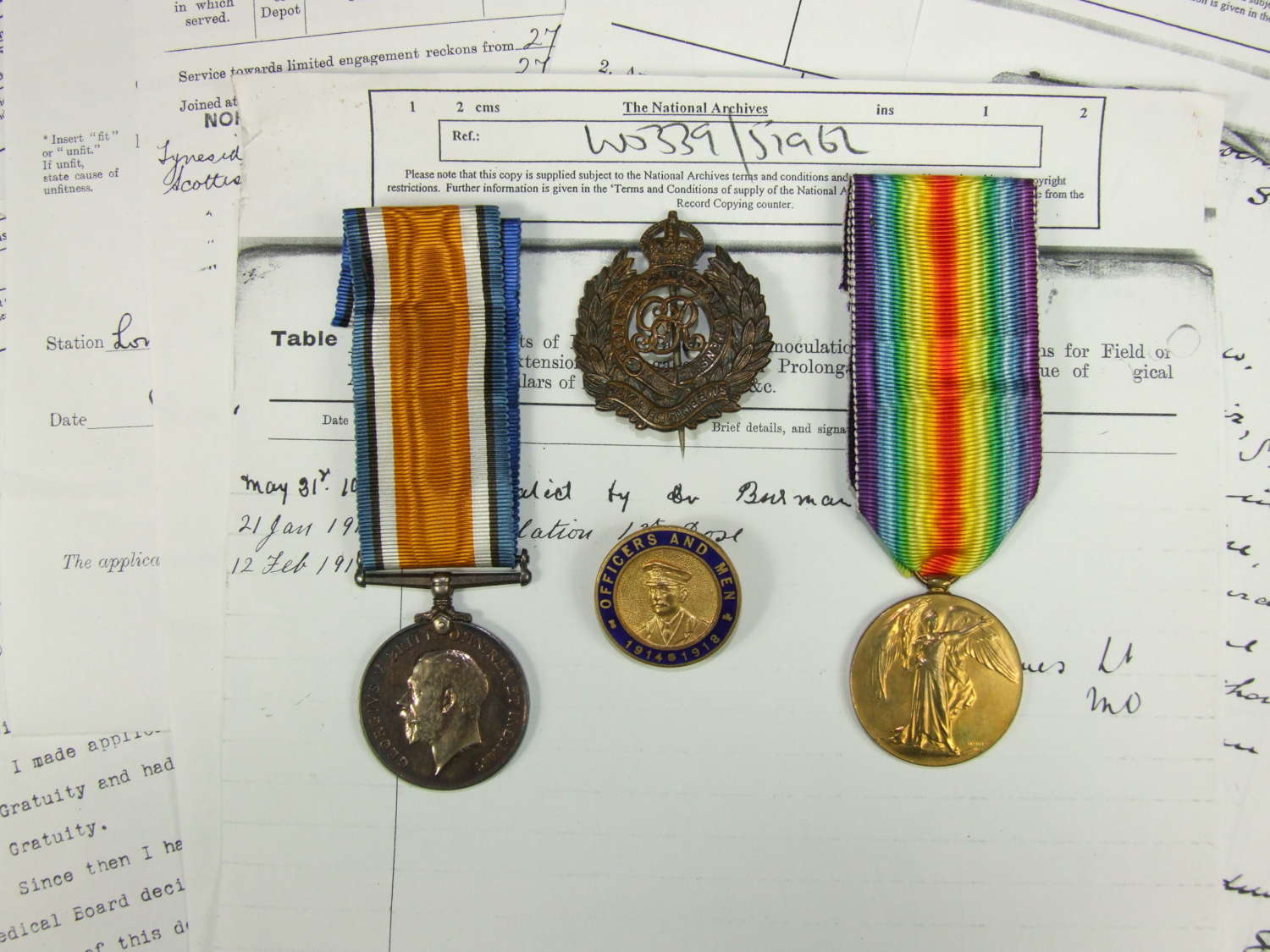 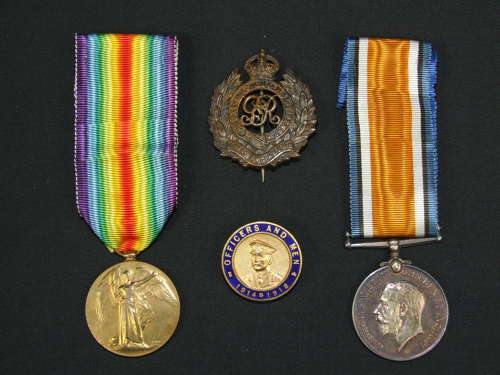 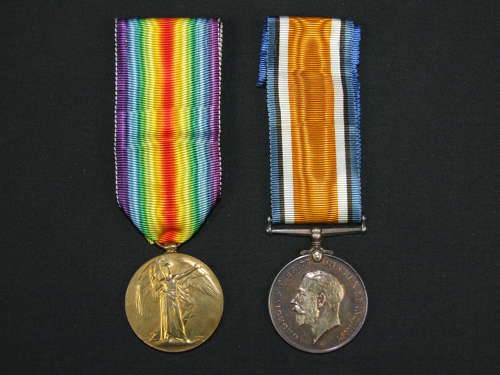 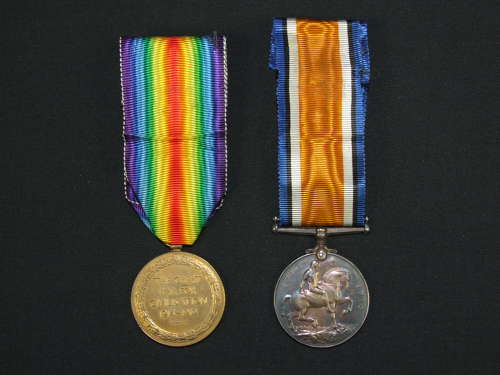 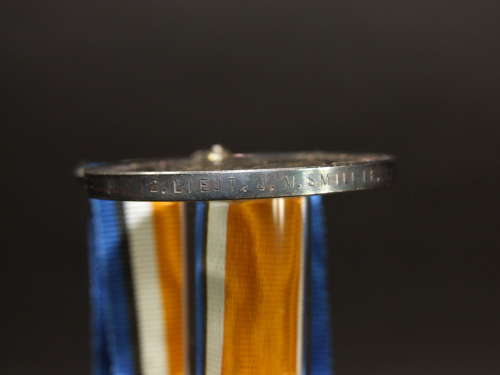 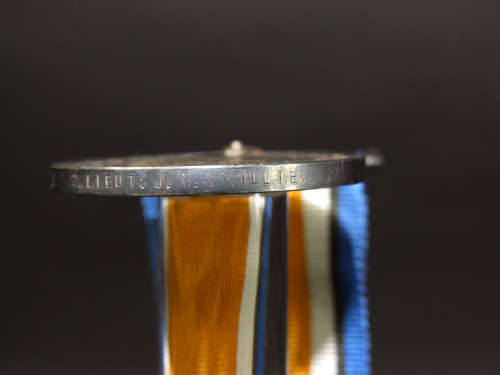 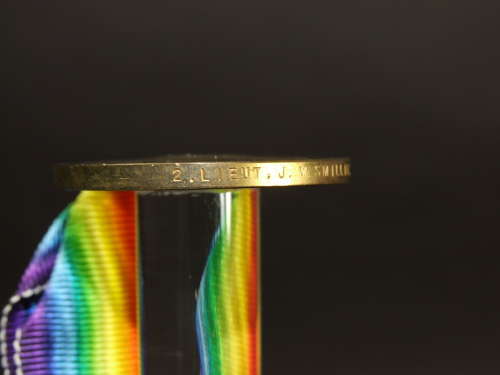 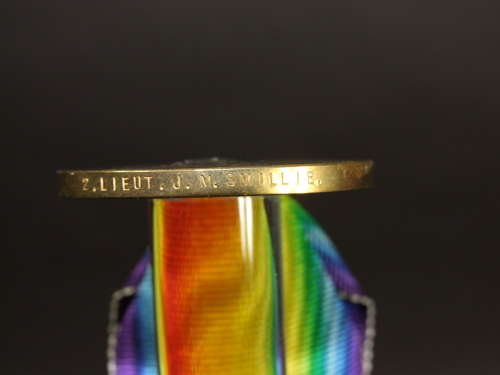 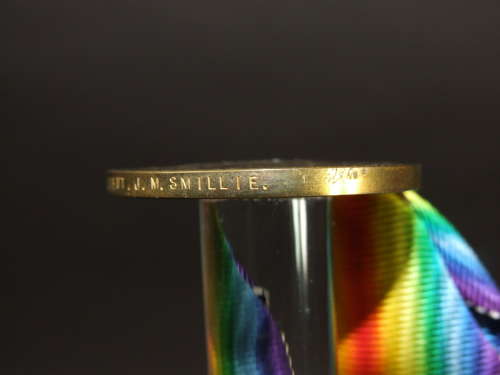 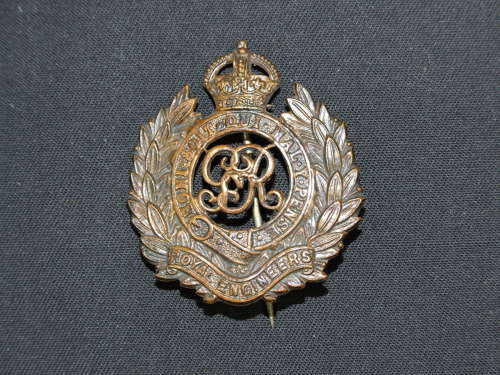 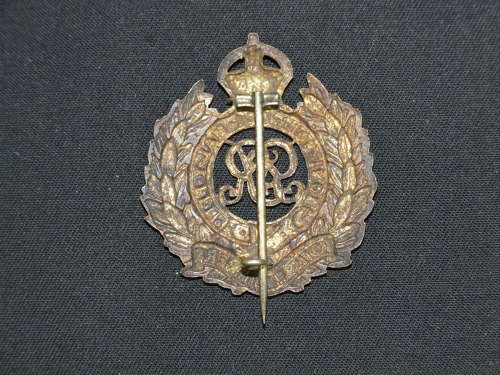 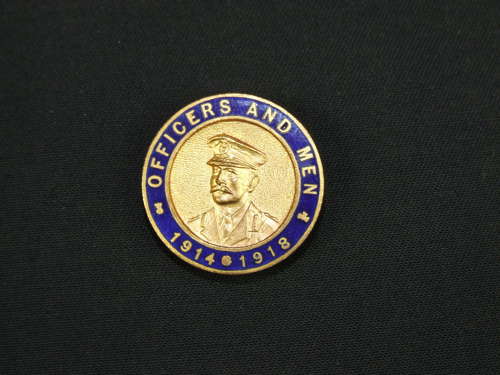 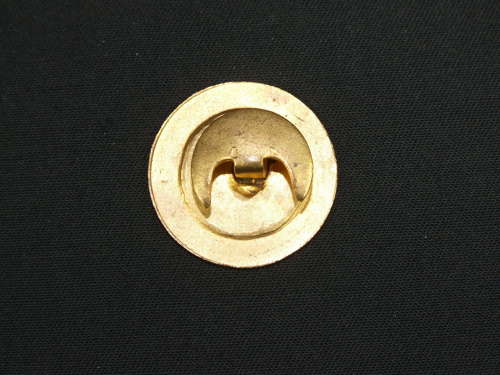 RESERVED
One of the more sought after branches when it comes to WW1 service medals are the
"Tunellers". These men, often recruited from coal mining communities served in the Royal
Engineers and would dig tunnels from the allied trenches, under no-mans land and under the
German positions, pack the cavities with explosive and attempt to blow up the enemy positions.
Very dangerous work, with the risk of noxious gasses, flooding, cave ins and the possibility of
encountering their opposite numbers in the German army who were digging in the opposite
direction with the intent of doing the same thing to the British.
This group is to a Scottish officer, 2nd Lieutenant James Murray Smillie R.E.
Commissioned from Lance-Sergeant on 31 Jan 1916, he served with 252 (Tunnelling) Company
R.E. and is mentioned in the unit war diary on 16 May just a few months after gaining his
commission.
16-5-16
At midnight the enemy blew a large camouflet between R.I. (2) and R.I. (2-1) shaking the front
system badly and causing large falls wherever the galleries were not timbered. There were no
casualties from the blow. 10 men who were laid out unconscious by gas at #3 post were brought
out and brought round by 2nd Lt. Smillie and the Proto men. The gas was very bad and the
mines continued to be flooded. At 10a.m. an infantry private and Proto man Gallagher of this
Company tried to come from #3 post to the mine but were killed by gas before they could be
rescued.
“Proto” refers to a type of breathing apparatus worn by tunnellers.
Included is his "Officers and Men" Lapel badge. This was a left wing veterans group. Particularly
interesting is that it turns out that Smillie's father, Robert Smillie was president of the Miners
Federation of Great Britain and was Labour Member of Parliament for Morpeth. Highly
respected, there are still Schools named in his honour.
A large amount of research material on Smillie is also included.