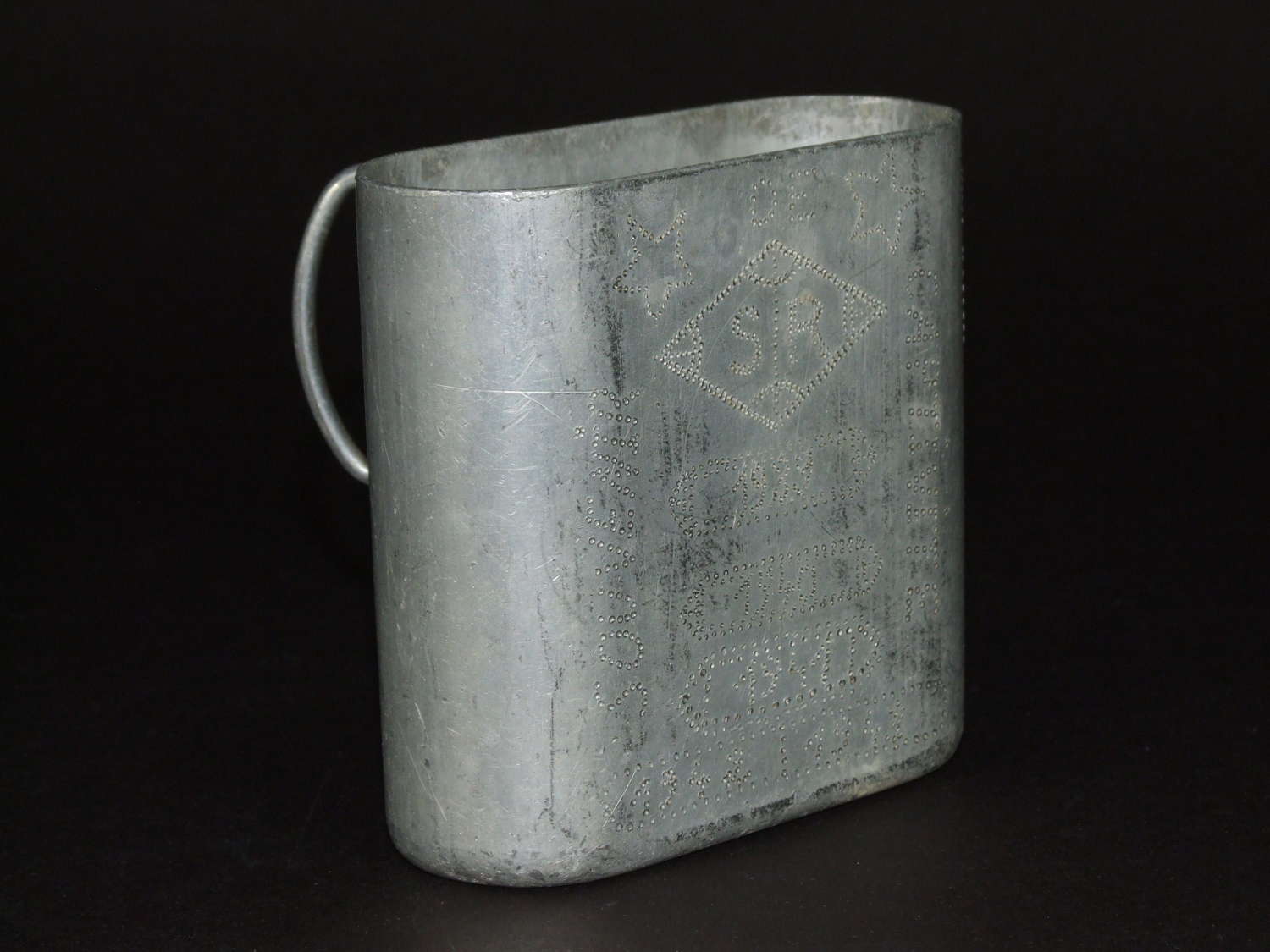 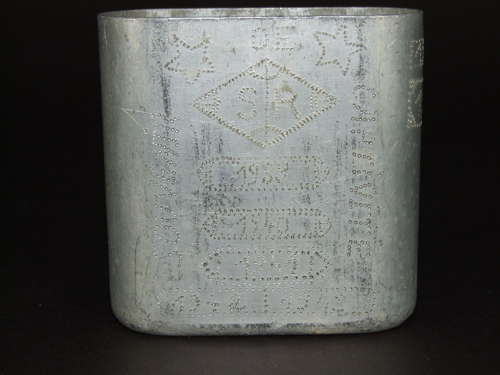 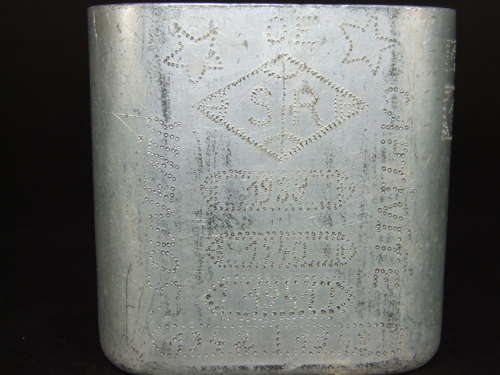 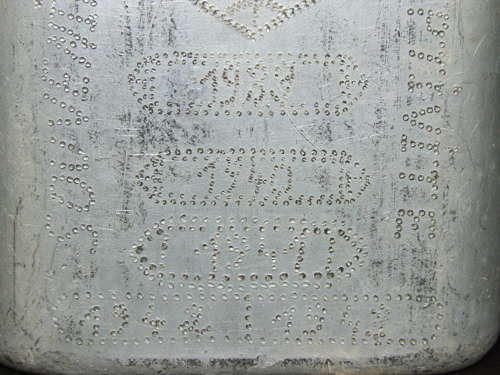 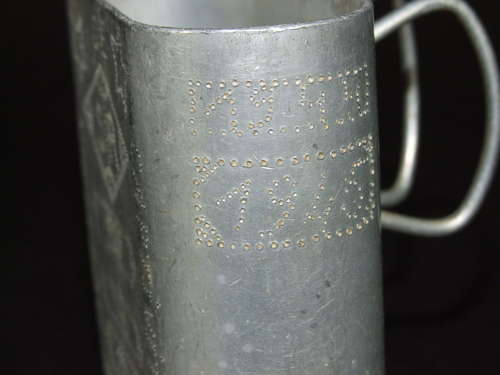 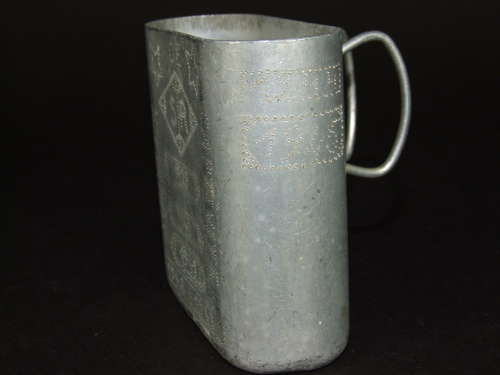 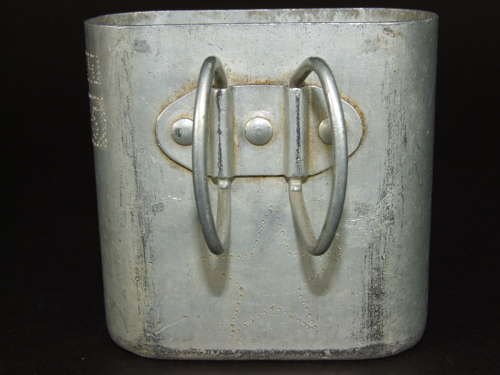 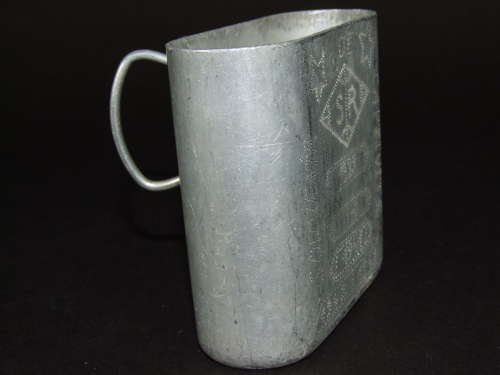 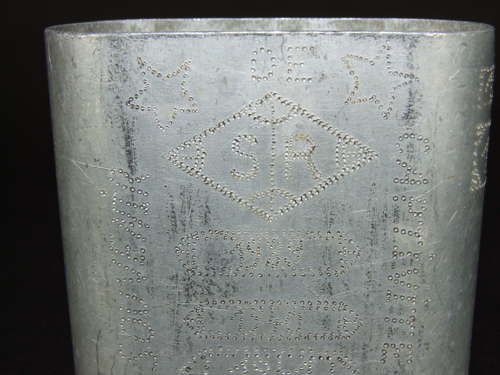 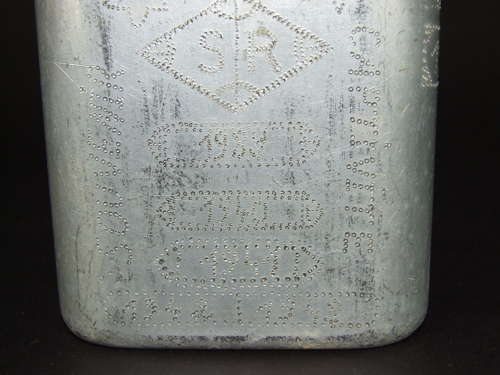 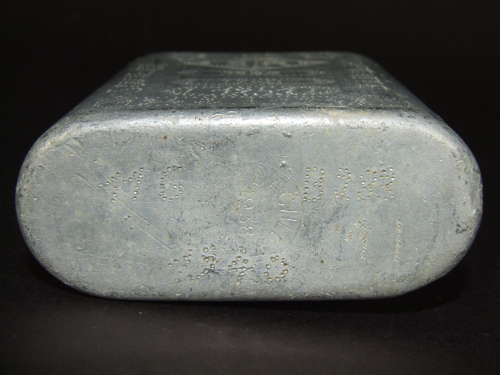 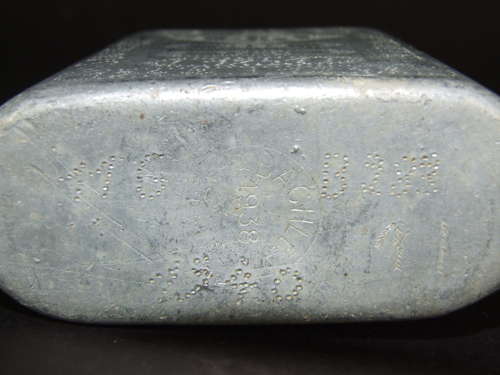 Made in aluminium the POW has laboriously inscribed it with punched dots “Souvenir De Captivity”, his initials, 1939, 1940, 1941, 1942, 1943, 1944 and 1945, suggesting he spent his captivity in Germany. There are also three stars which may mean he was communist, communism having a strong following in France in the 30’s.

It is interesting to note his incarceration started in 1939, France only having declared war on Germany in September 1939. This may mean he was captured during the French offensive into the Saarland long before the invasion of France, a little known operation which ended when the French retreated back to France.