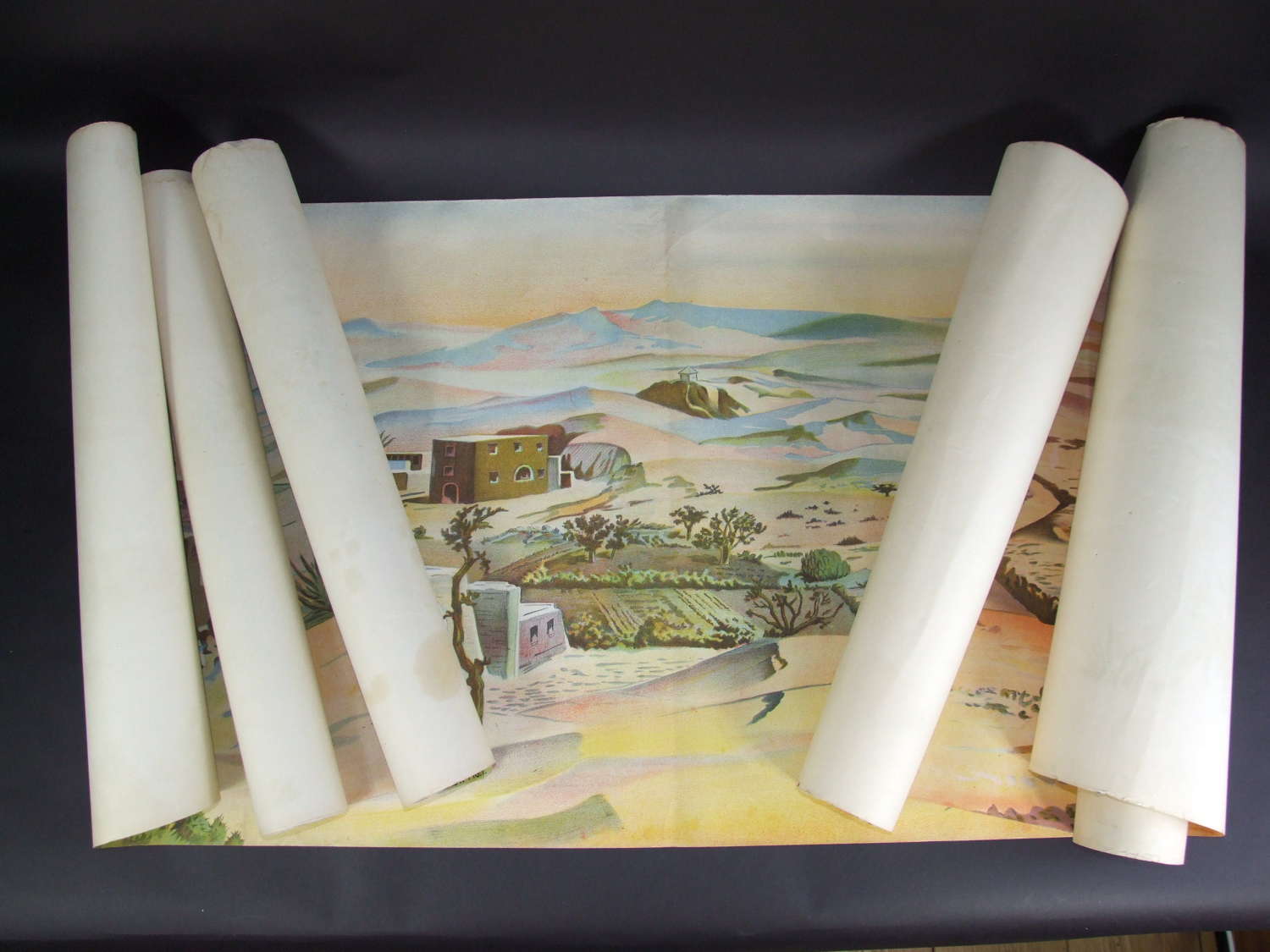 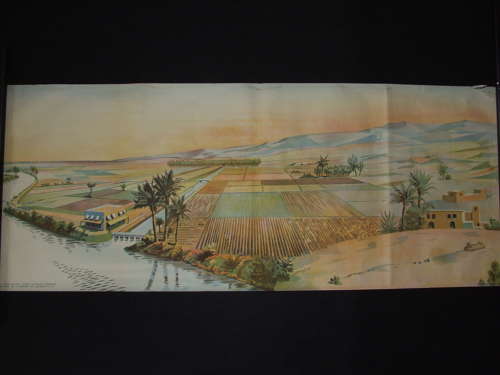 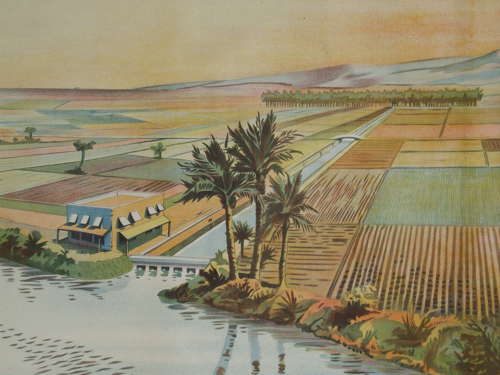 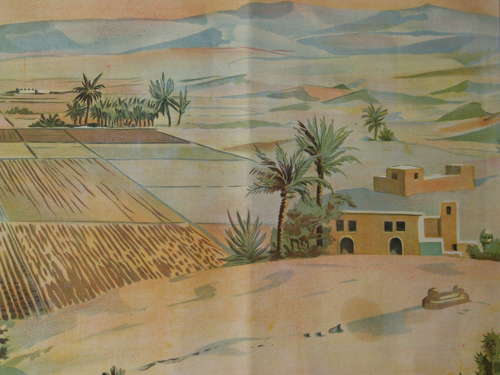 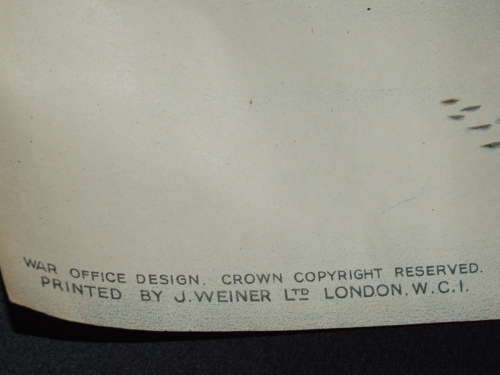 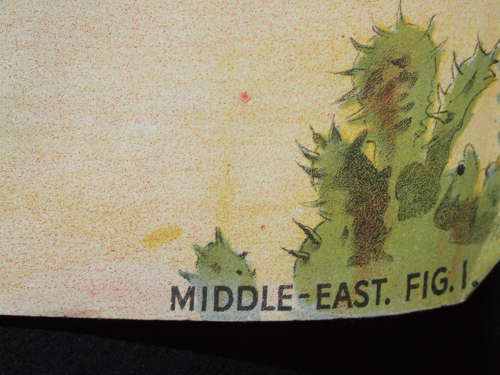 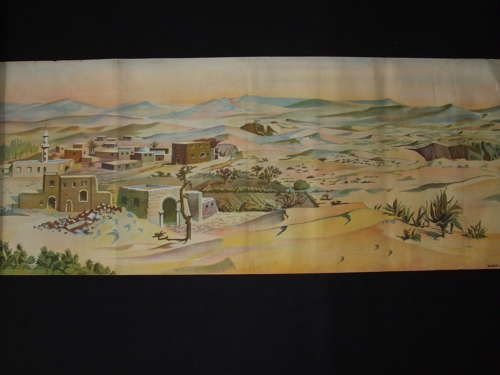 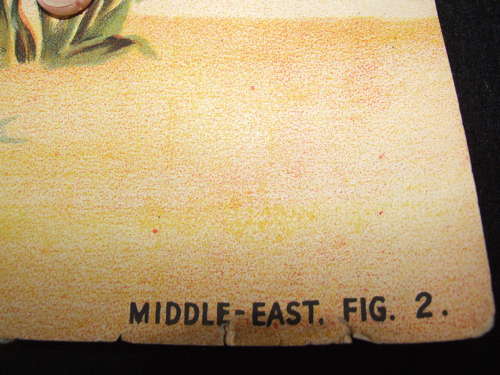 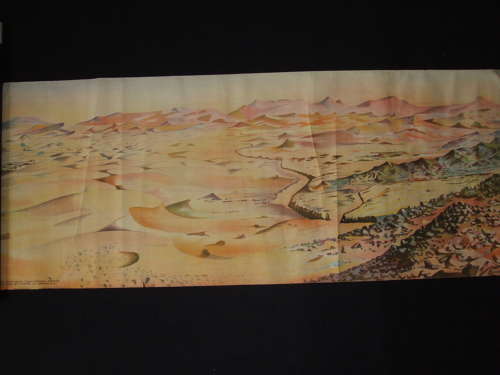 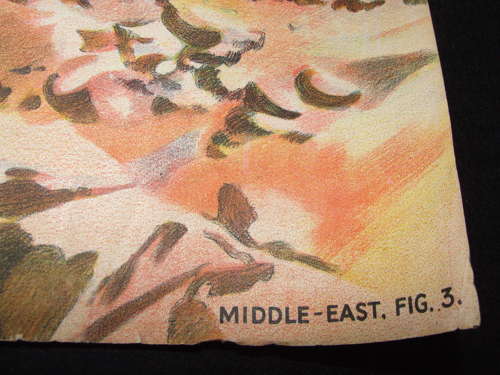 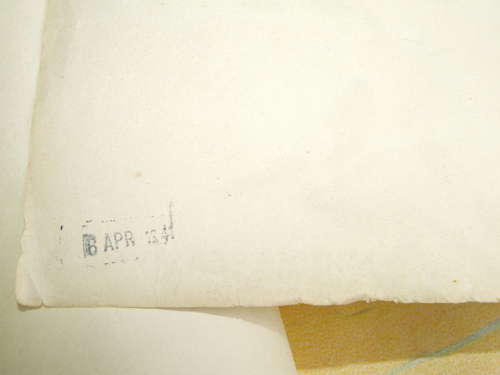 A rare complete set of three British Army Target Harmonisation Posters for the North African Campaign of 1940-43. Target Harmonisation Posters were used by the British Army in WW2 to practice coordinating the fire of members of an infantry section to a specific target. The posters were to be viewed by the section from a distance of four to five yards, a fire control order would then be given to the men (group, range, indication & type of fire) and the shooters would aim at that point on the poster and fire. Rifles with specially offset sights were used so that the rounds did not hit the posters but rather a target down the range.

Whilst the system took a bit of setting up its benefits far outweighed any difficulty involved as it allowed practice and testing of a vital skill that otherwise would only be possible on a live fire exercise.

All three posters have splendid very distinctive typical 1940’s graphics and colours, and each is in good condition throughout with no tears or fading. There is the usual light creasing to the paper in places which should iron out if desired. The posters each measure  1500mm  by  605mm  , and each is War Office and Crown Copyright marked with then in addition the generic “Middle East” term followed by individual labelling of "Fig.1", "Fig.2" and "Fig.3". The outer poster of the three when rolled additionally bears to its rear a date of issue ink stamp for the set, this stating 6th April 1941.