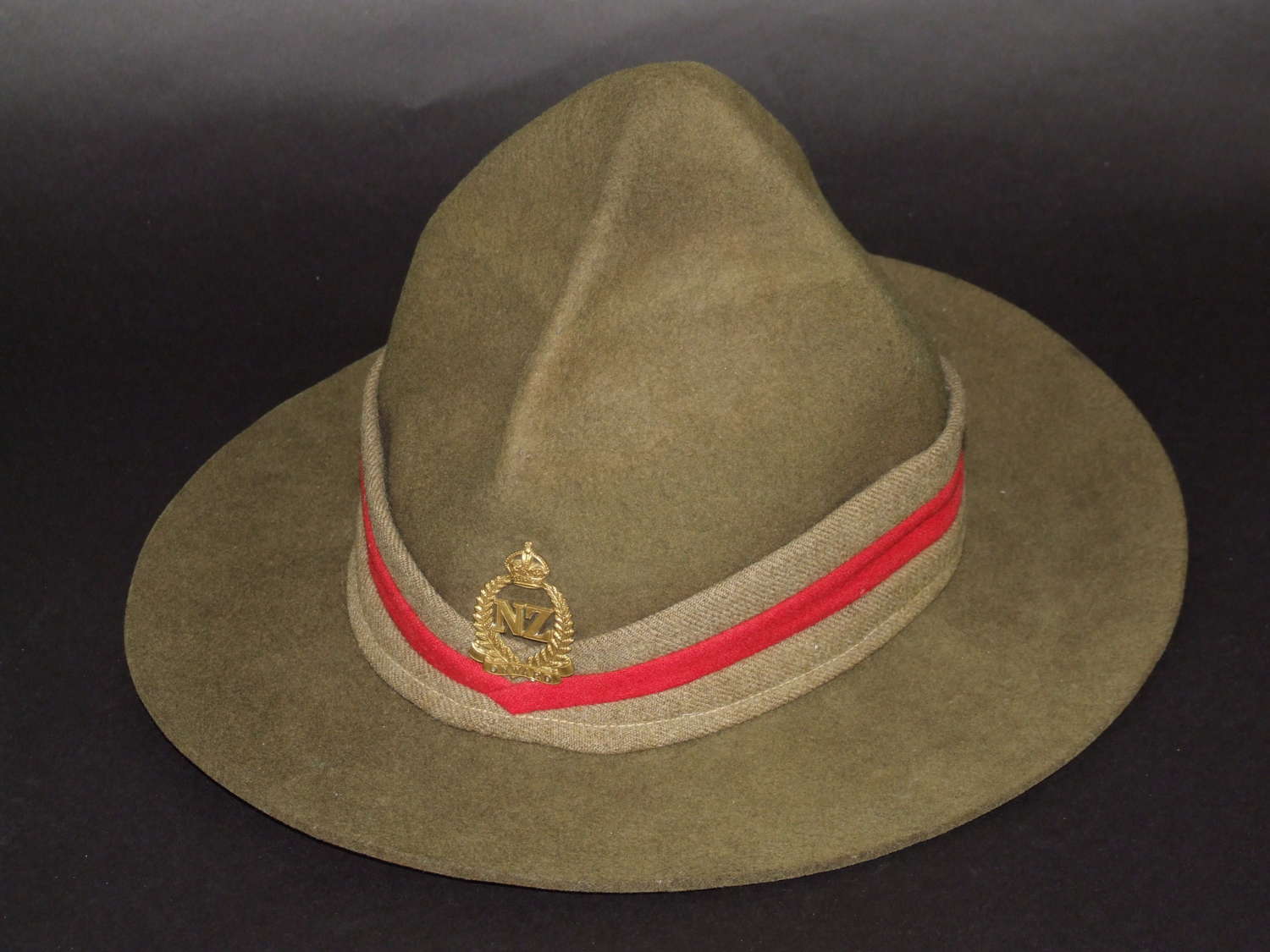 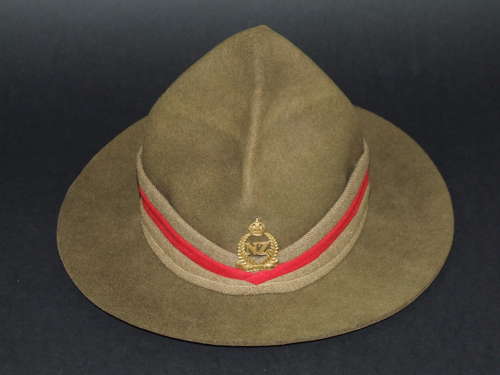 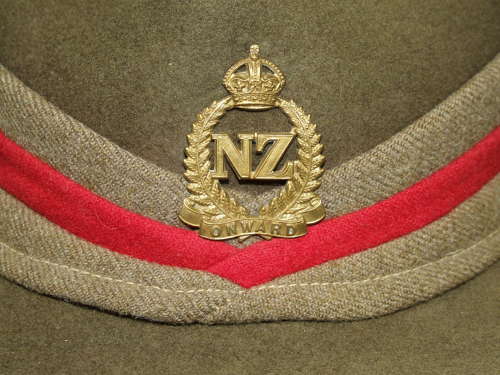 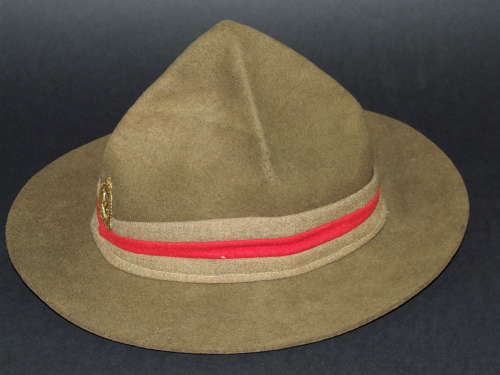 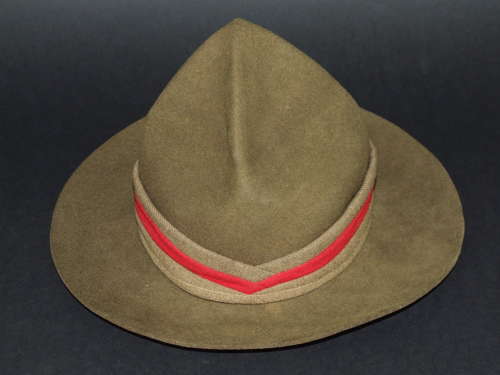 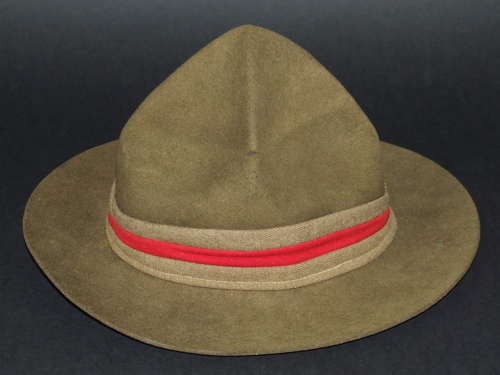 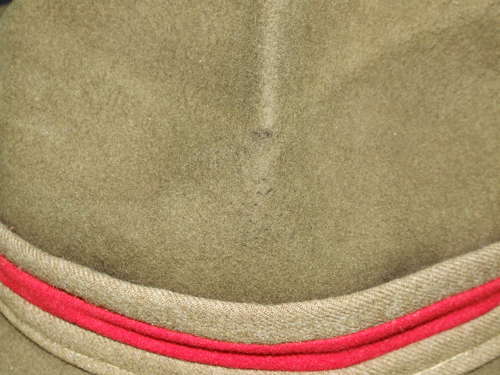 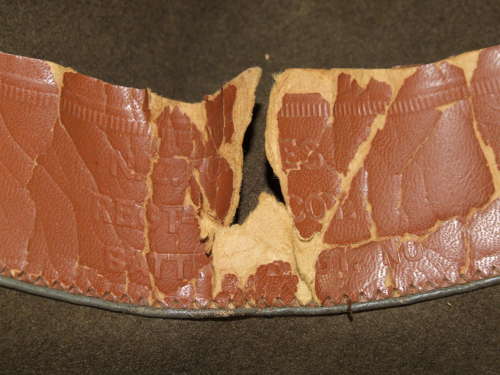 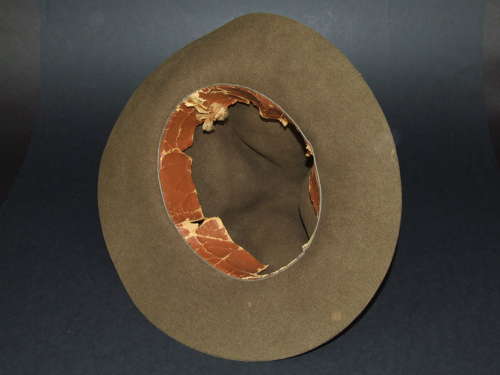 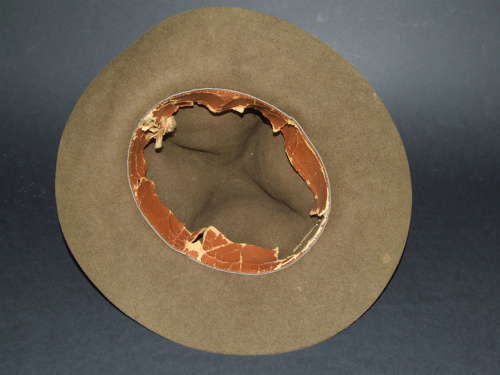 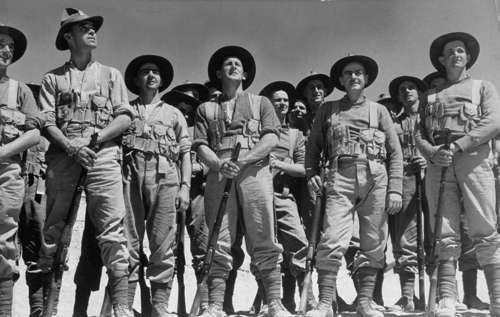 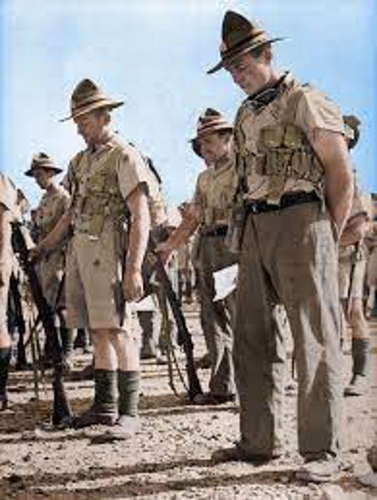 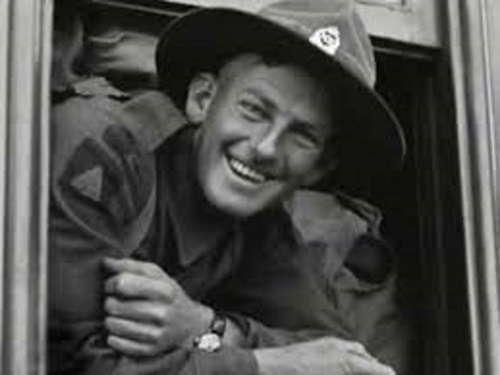 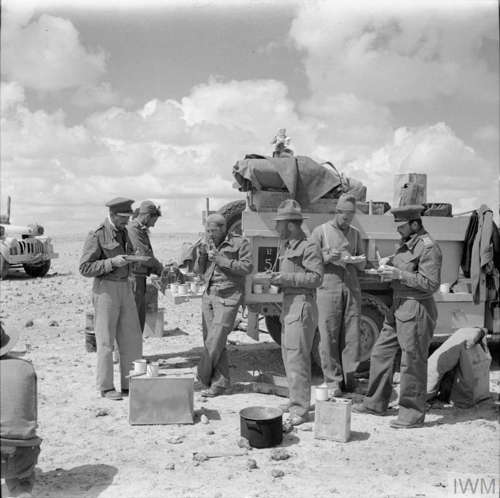 A lovely WW2 example of the iconic Kiwi ‘lemon squeezer’ hat which was introduced by one of New Zealand’s outstanding soldiers of the Gallipoli Campaign, William George Malone. Originally for his Taranaki Rifles Regiment the hat was designed to mirror the outline of Mount Taranaki and to allow ‘run off’ in the rain. The moniker “Lemon Squeezer” soon caught on for obvious reasons.

Constructed in a Khaki felt this example has the red and khaki Puggaree of the Infantry and typical of those worn in North Africa by the New Zealand Forces including of course the L.R.D.G.

The New Zealand badge is in brass with fixing posts and sprung pin. On each vertical side ridge a series of punched holes in the shape of a star allow for ventilation. There is one small nip to the felt and one small hole in the red central band of the puggaree.

Inside, the imitation leather sweatband has deteriorated with a tear through the stampings which should read,