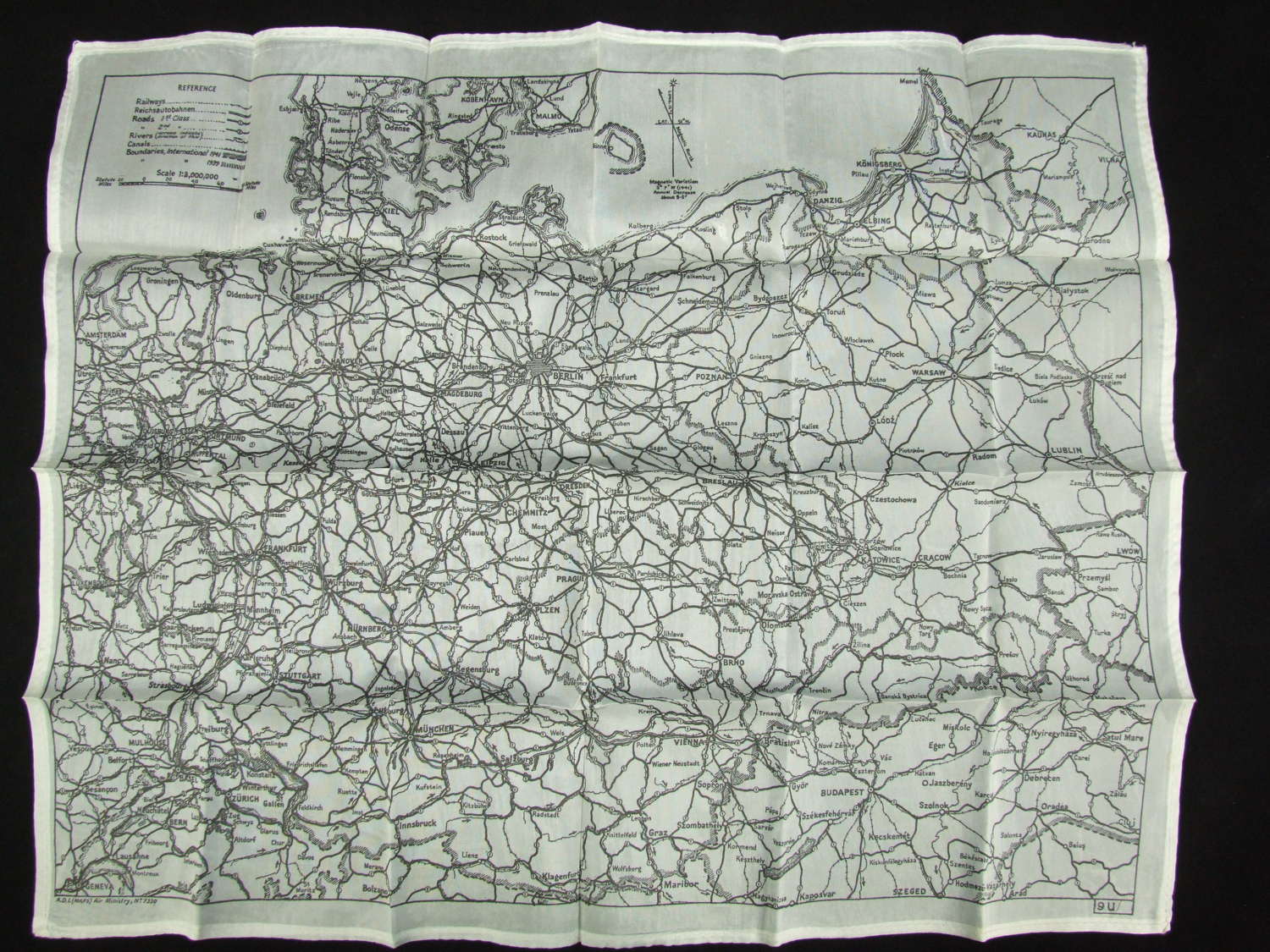 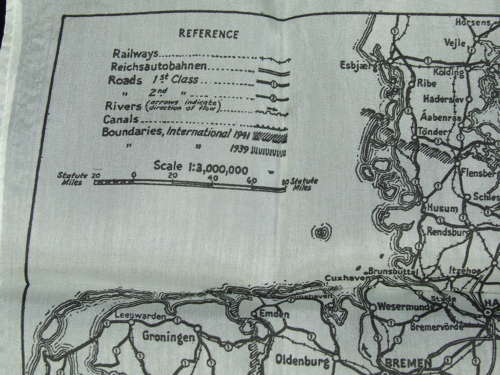 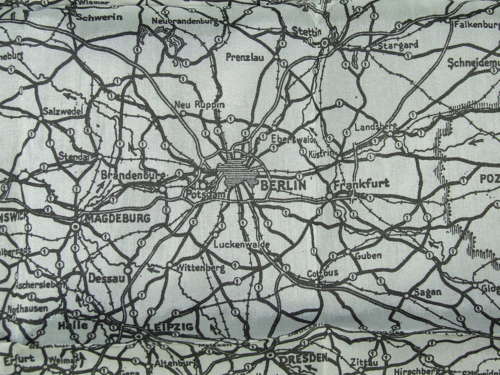 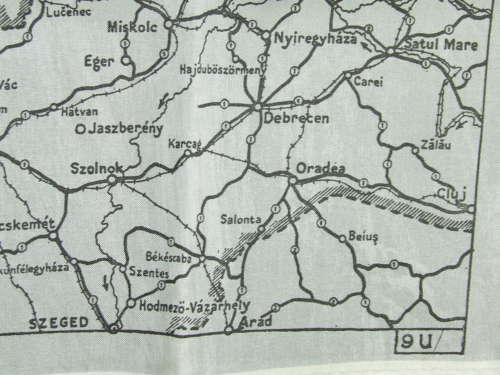 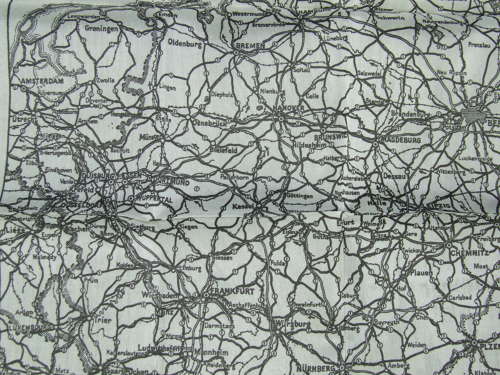 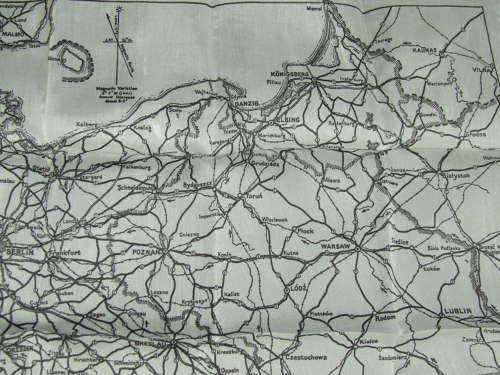 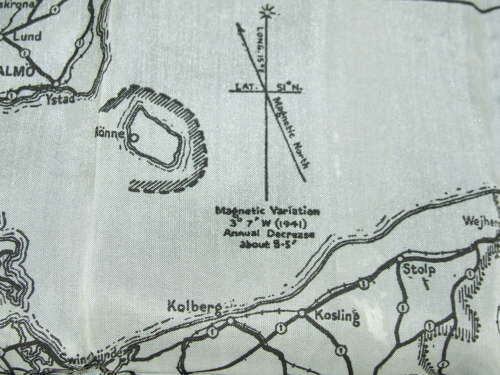 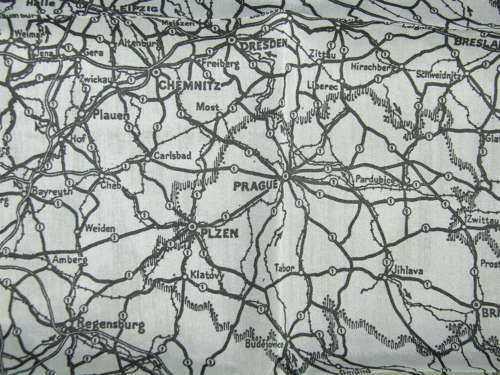 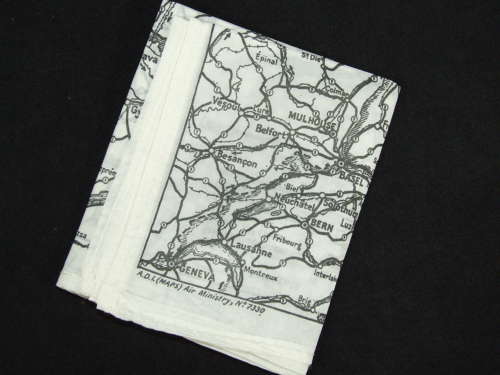 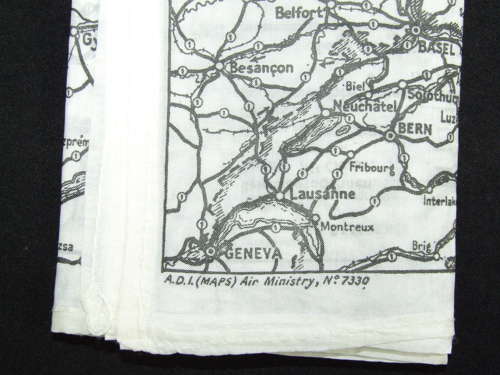 A very good early war Royal Air Force Silk Escape And Evasion Map for Northern Europe. The Map covers the classic European countries for aircrew escape of Germany, Holland, and of course Switzerland, with parts of France, Austria, Poland, Hungary and Czechoslovakia covered as well. All with boundary markings for 1941.

Given the date the Silk Escape Map is in the nice early war format of being hemmed and printed only on one side in black and white. Later issues were printed on both sides in colour. Though of early manufacture, single sided monochrome Escape Maps such as this were issued to pilots and aircrew until D Day at the very least.

In it's original folded condition the map is completely free from stains or damage.

The Map was made by Bartholomew Maps for MI9 and is Air Ministry marked.