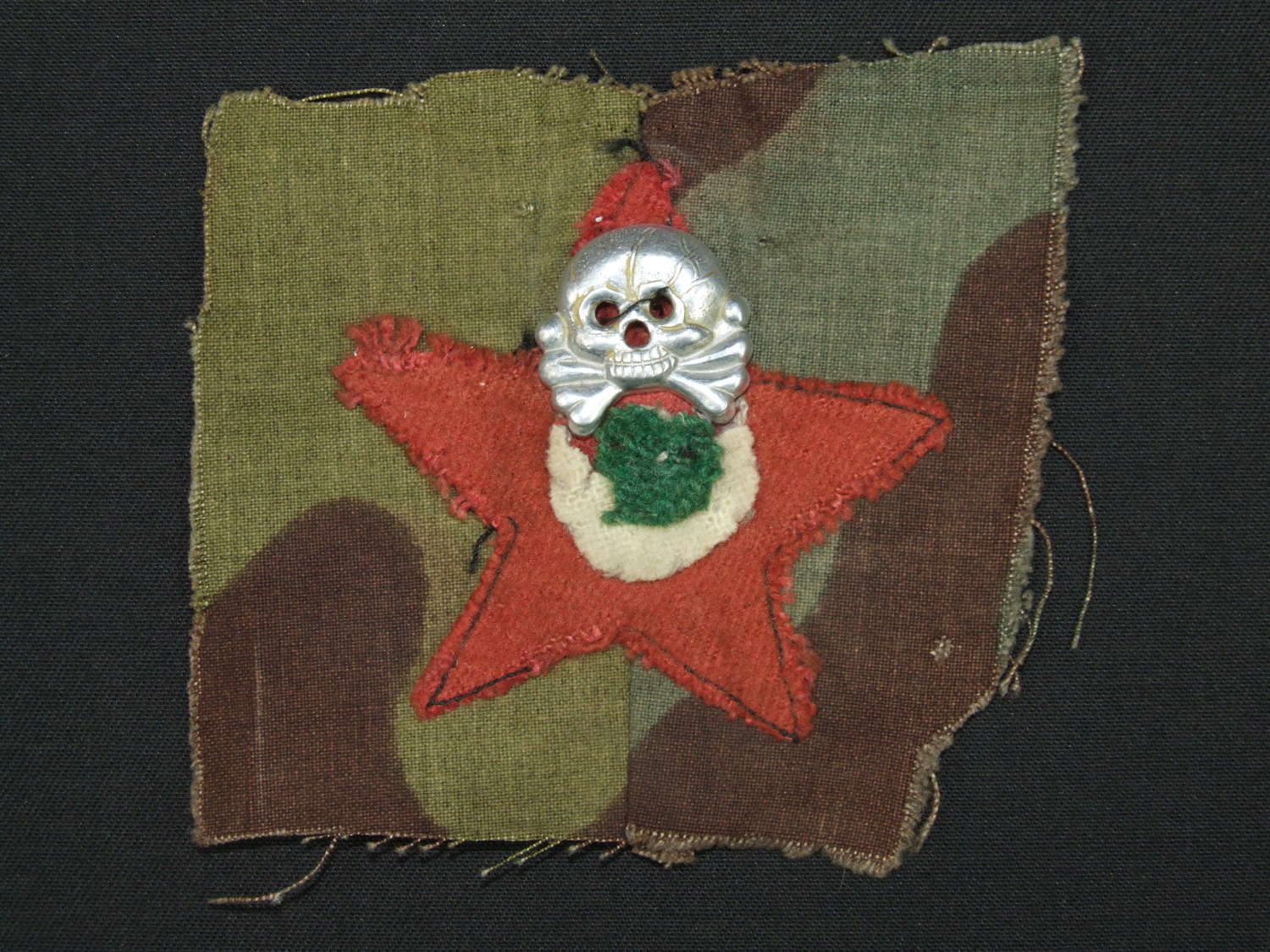 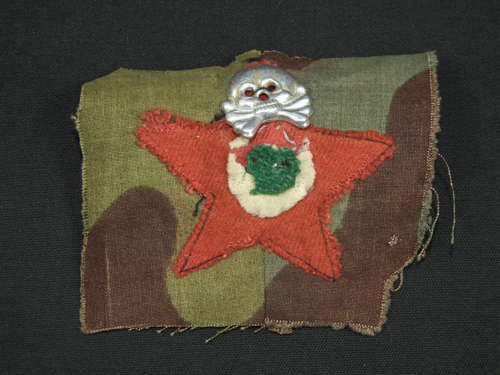 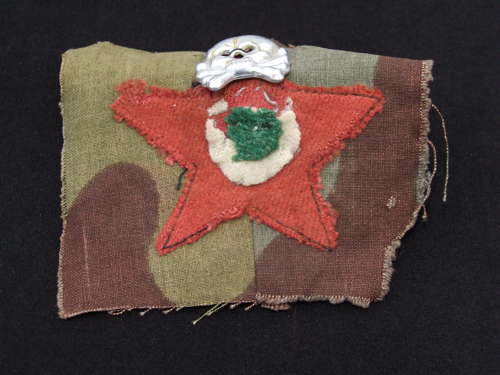 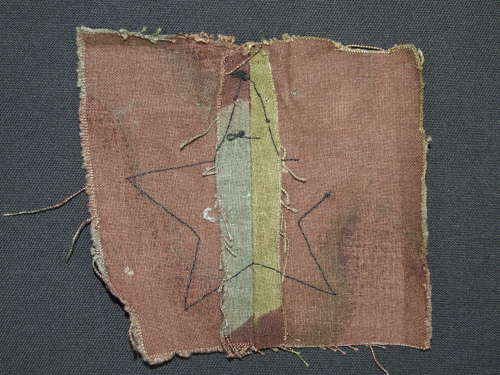 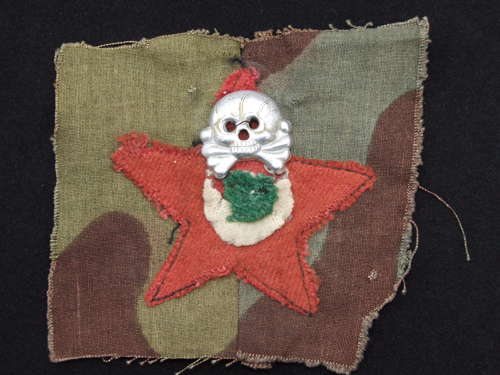 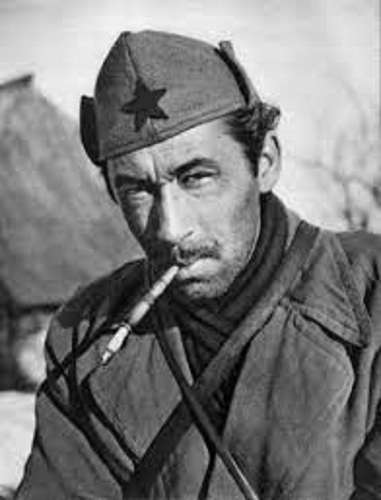 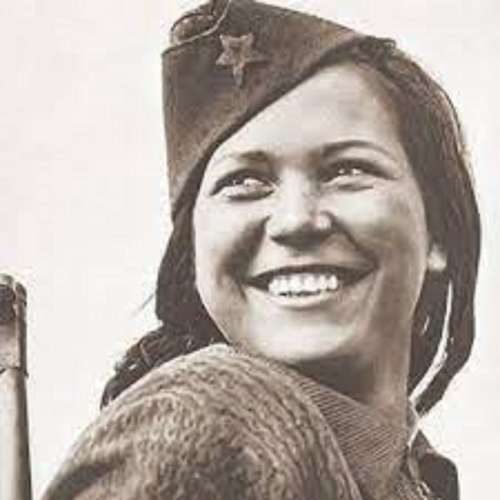 A possibly unique example of a theatre made headdress or jacket insignia worn, I believe, by a member of Tito’s communist Partisans in Yugoslavia.

Backed by a piece of Italian camouflage material the insignia has the red felt star sewn into place with a circle of white felt with a green inner at center. Held in place by a single stitch id Panzer skull taken from a collar patch.

Overall condition is very good, the skull having worn away the top of the white felt circle and with some loss to the stitching of the star.

Both Germany and Italy occupied Yugoslavia in April 1941, but it was not until Germany invaded the Soviet Union in June of that year that the Yugoslav communists were ordered to mount attacks against Axis units. Under the direction of the party leader, Josip Broz Tito, Partisan detachments conducted small-scale sabotage until September 1941, when they occupied the Serbian town of Užice and proclaimed a liberated Užice Republic.

A truly fascinating and original piece of history