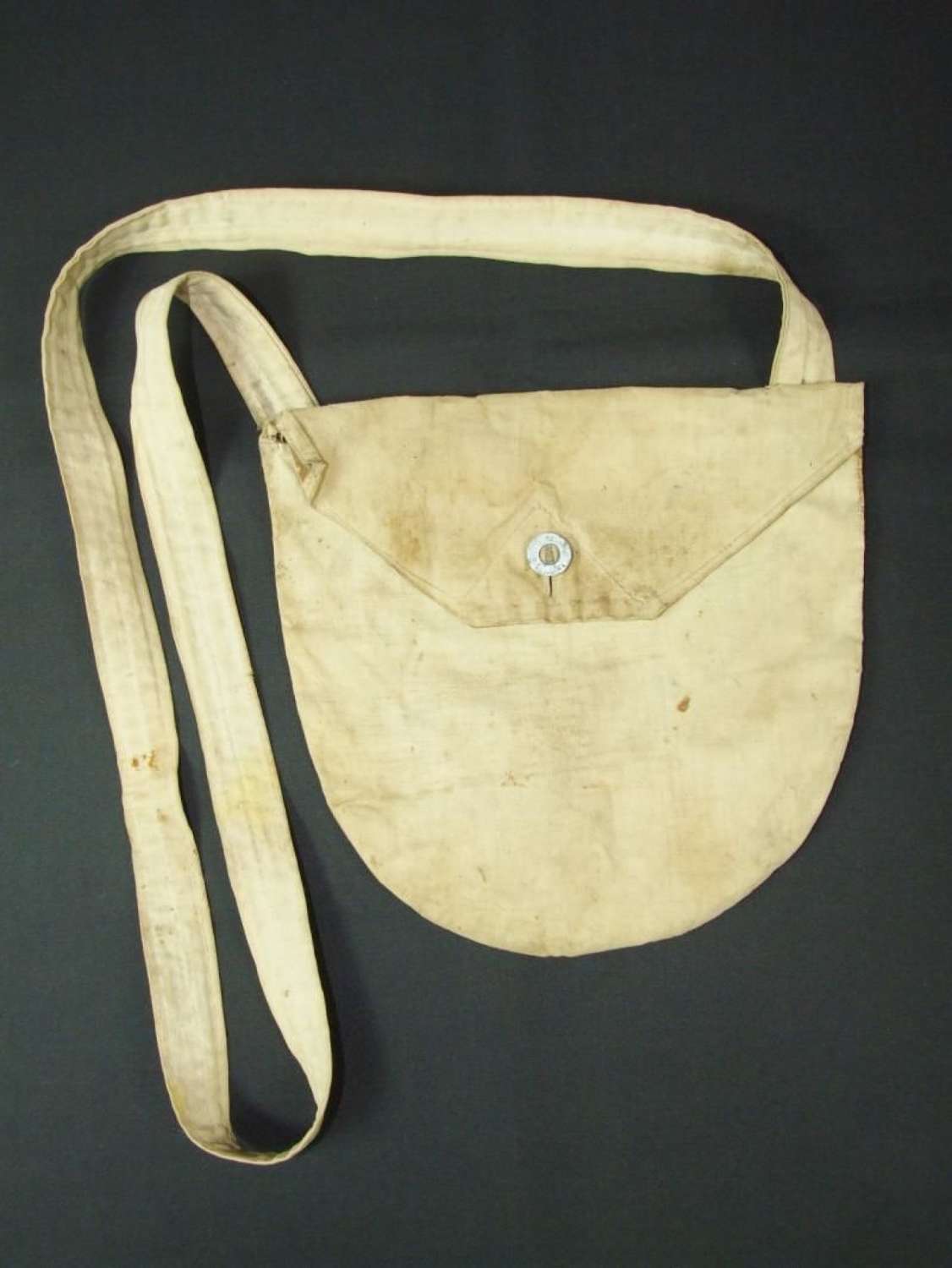 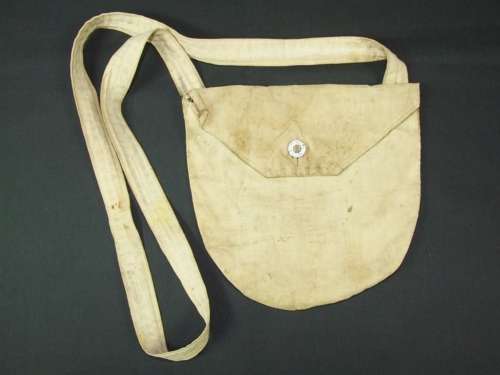 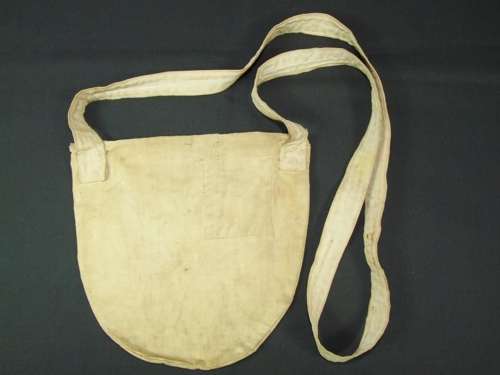 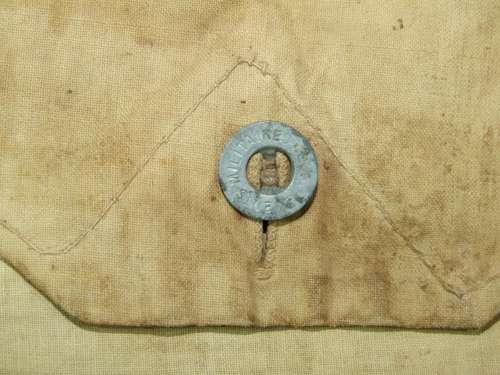 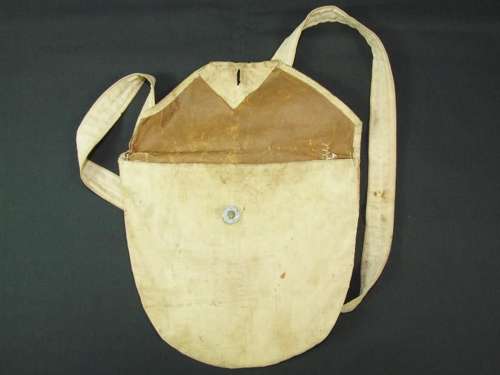 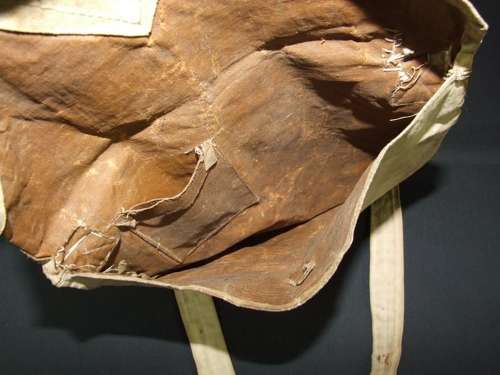 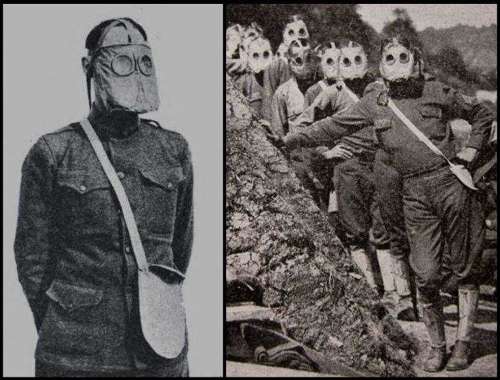 A rare WW1 French M2 Gas Mask "Alarm" Bag in surprisingly good condition.
The M2 Gas Mask was the main gas protection used by the French Army during the mid-War period and as such it played a key role in France's most famous battle Verdun, because of this the M2 Mask is the gas item most associated with the WW1 French Soldier. The M2 Gas Mask was issued with a carrying tin, an example of which I have listed separately, and this "Alarm" Bag which was kept within it. The "Alarm" Bag had a dual purpose; on the one hand it specifically kept the important protective chemicals of the M2 Mask moist due to the waterproofing of the Bag's fabric, and on the other, the Bag was used to keep the M2 Mask ready in the "Alarm" position when a gas attack was imminent. During such attacks/alarms this Bag is often seen worn on its own in period photos. The very nature of these Bags means that they are rather fragile, as such they do not often survive.
This Bag is in very good condition for the type. It is complete and undamaged aside from a very small tear to the rear which has a period sewn repair.
The M2 Gas Mask was also issued to the US Army upon it's entry into the War. It was used by them as sole gas defence until the British SBR Gas Mask was adopted in early 1918. The M2 Gas Mask was superseded in the French Army in late 1917 by the ARS 17 Gas Mask, but the US Army carried on issuing it as a back up respirator to the SBR right up until War's end. In their later use of the M2 Gas Mask as a front line back up, the US Army most commonly carried the Mask in an "Alarm" Bag such as this on its own, omitting the use of the M2 Tin.
A rare piece of WW1 French and American gas equipment.
Â£190