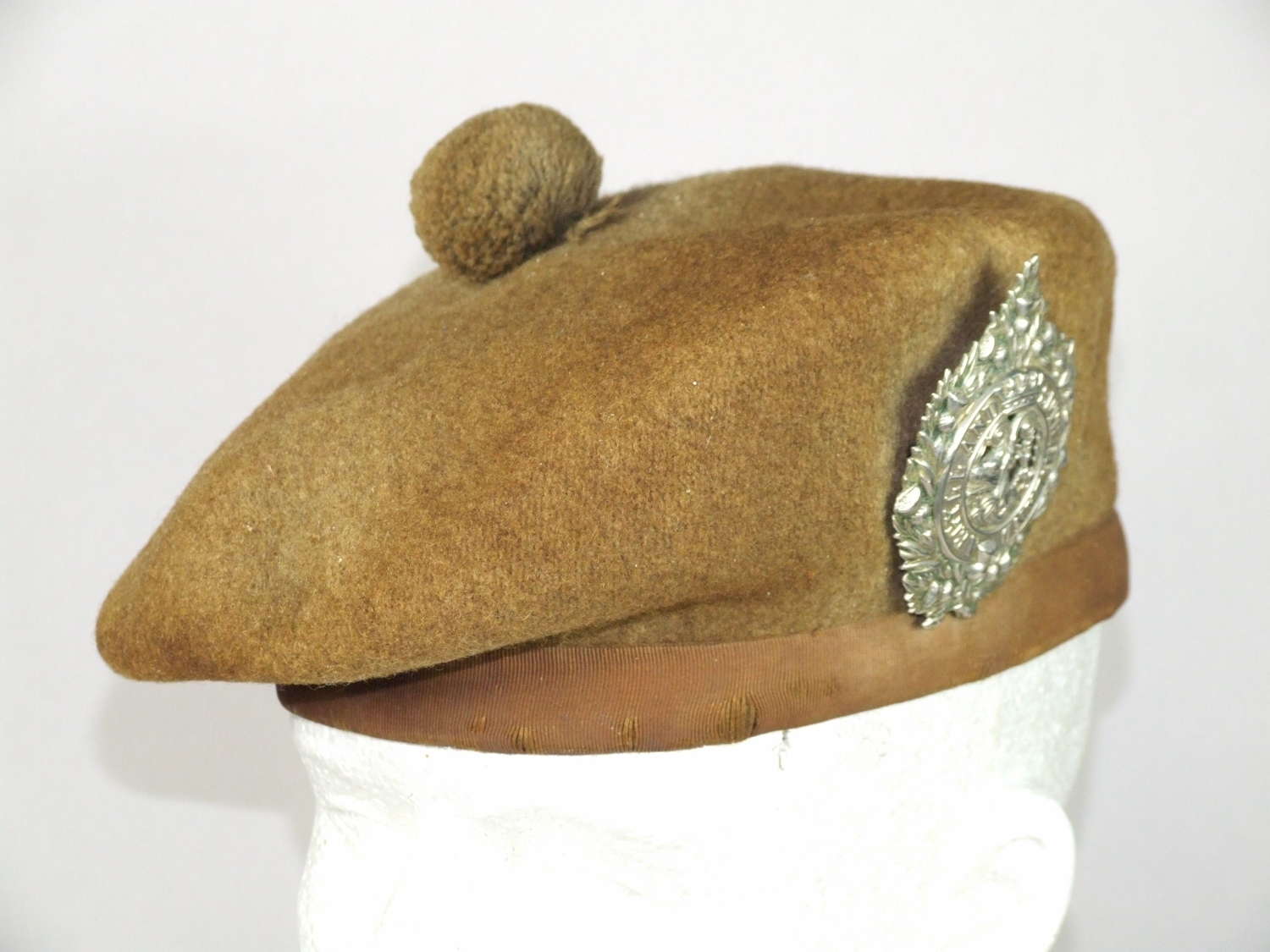 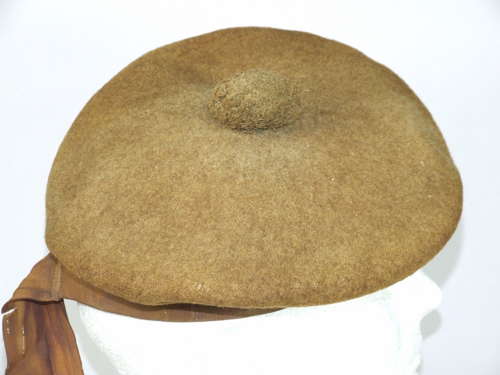 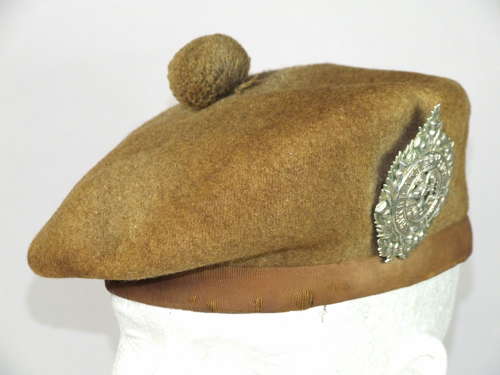 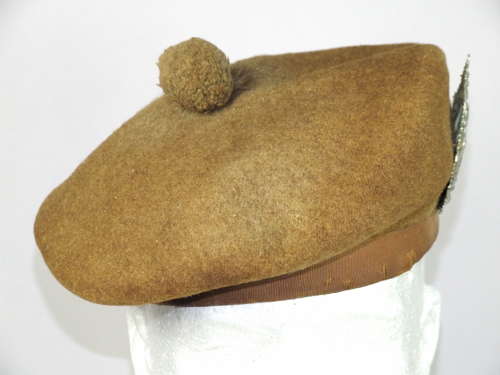 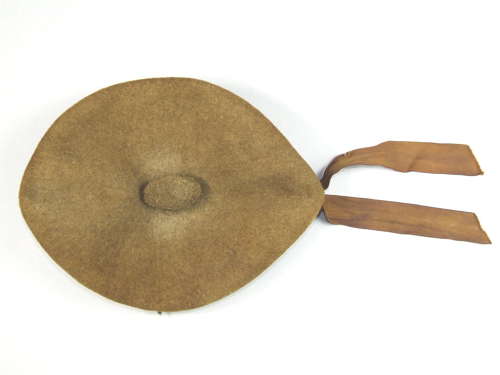 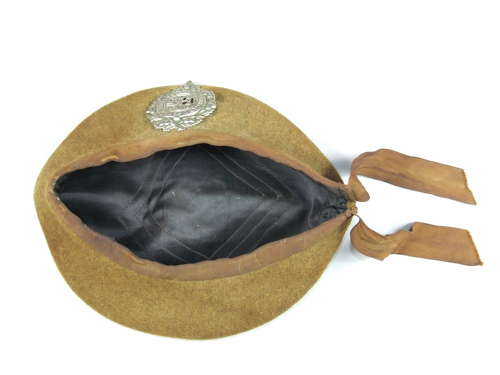 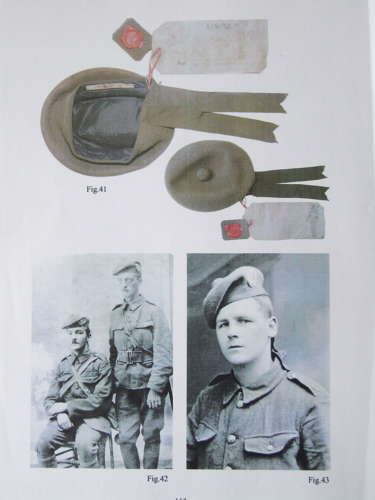 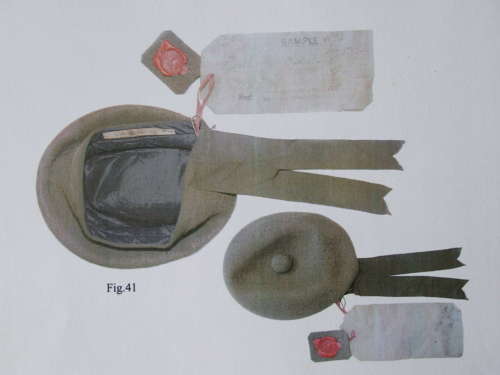 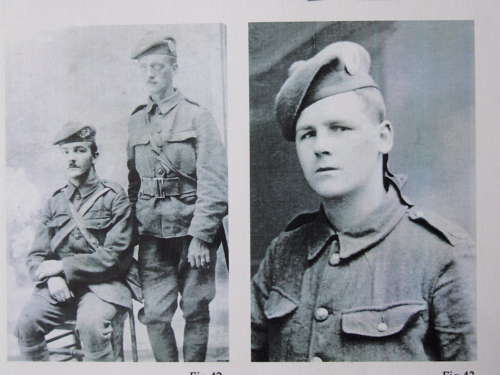 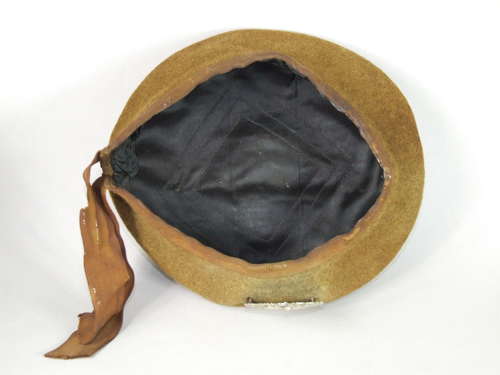 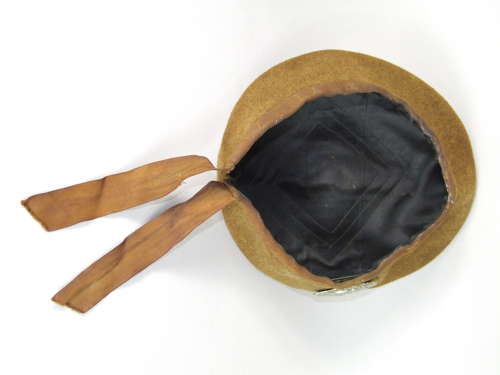 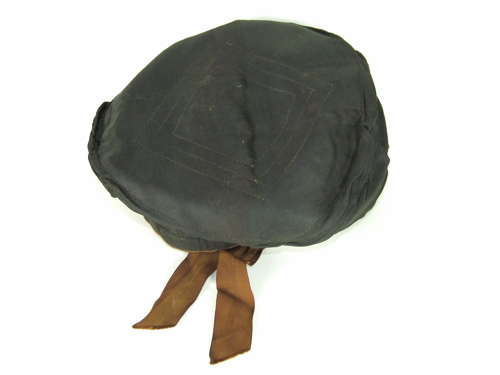 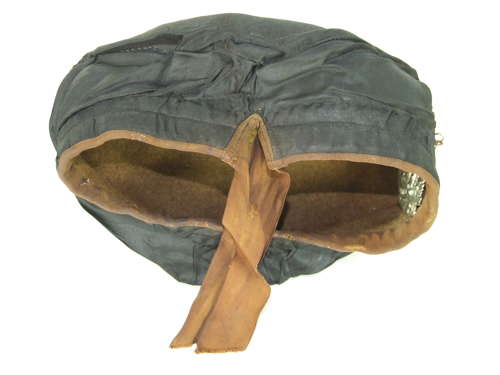 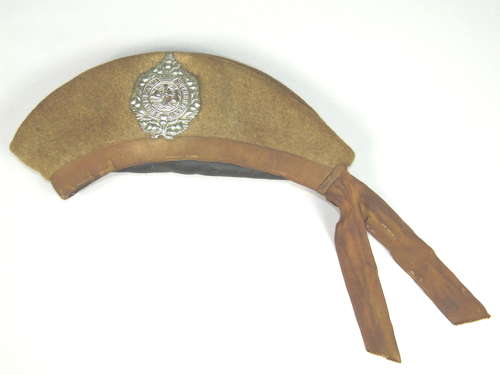 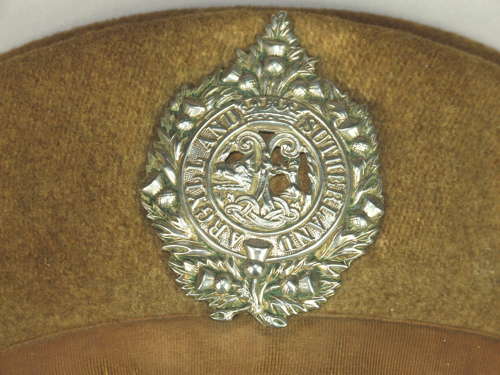 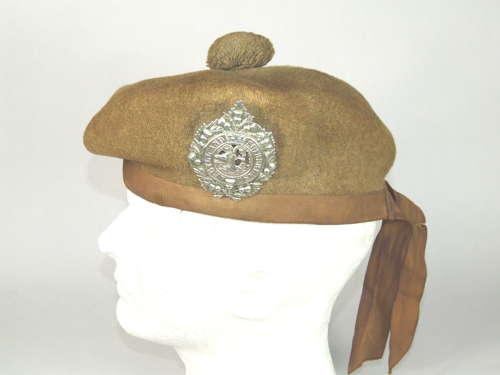 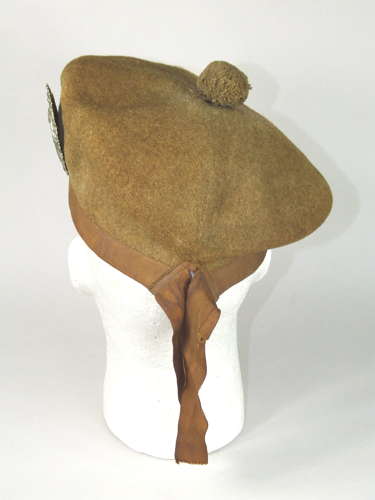 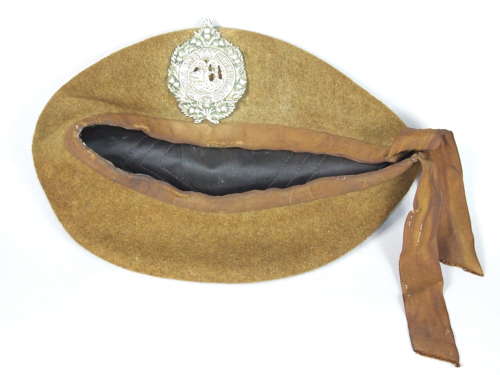 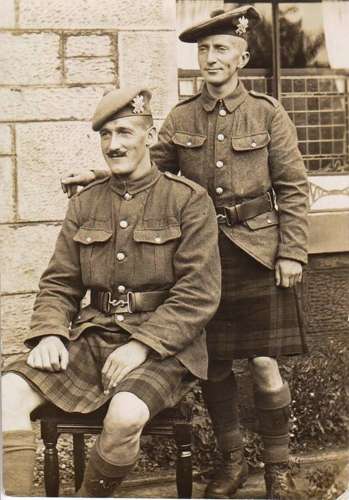 At the start of hostilities in 1914 Scottish troops went to war wearing their famous Glengarry cap. Very quickly it was found however that this type of colourful headgear, though traditional, was actually rather unsuitable for the front line as it provided very little protection from either the rain or the sun, plus it would more often than not fall off in battle.

As a result of these flaws in the winter 1914-15 the Balmoral Bonnet was introduced for Scottish troops at the front. Just like the Glengarry before them the new Balmoral Bonnets were of knitted wool with black silk ribbon tails and a black glazed cotton lining, however these were made in much more practical non-rigid circular shape similar to a beret. Initially the new Bonnets also came in three distinct colour types to follow the Regimental distinctions of the Glengarry: blue with a red toorie, blue with a blue toorie, and green.

In May 1915 however, to simplify manufacture and supply, as well as for obvious reasons of camouflage, the Khaki Balmoral was introduced as a replacement. This had the one-piece knitted body, toorie, silk headband and tails all made in khaki, but typically it retained the issue black glazed cotton lining of its predecessors. (Some manufacturers are known to have used a drab colour for the glazed cotton of the lining too).

Though the Khaki Balmoral was an improvement on things it did still require specialist manufacture, thus in an effort to simplify manufacture even further, it too was replaced just a few months after its introduction. On this occasion it was decided a totally new and much easier type of manufacturing process should be used and so the well known Khaki Tam-o'-Shanter was born. In essence this was similar to the Balmoral, however now the bonnet was simply made from pieces of khaki uniform-type serge cloth sewn together, with the silk tails being dropped outright.

Unlike its Tam replacement, the Khaki Balmoral is a true piece of combat headgear. At the time of its introduction steel helmets were not yet in use by the British Army, thus Khaki Balmorals were the headgear that saw active service by Scottish troops in the front line. By the time the Tam-o'-Shanter made its a appearance just a few months later, so had the first British steel helmets, consequently Tams were primarily used by the Scottish soldier at rest. As such, the Tam-o'-Shanter is the Scottish equivalent of the English stitched peak Trench Cap, whereas the Khaki Balmoral Bonnet is the Scottish equivalent of the earlier English Gor Blimey Cap. The Khaki Balmoral Bonnet is thus easily just as rare as Gor Blimey Caps because of this, if not considerably rarer.

In period photographs the Khaki Balmoral can be seen in use all the way from the Battle of Loos to the Battle of the Somme. The small circumference of its crown making it easily discernible from its much larger Tam-o'-Shanter counterpart. In this latter period it was worn concurrently with the Tam, being proudly retained by veterans as a mark of their early service and thus usually worn to destruction in the process since there could be no further issue. This, along with its short issue span of just a few months, is the primary reason why the Khaki Balmoral is so very rare today.

(The first issue brighter coloured Balmorals did not suffer the same fate as some were retained at regimental level for ceremonial purposes).

The Khaki Balmoral Bonnet offered here has seen extensive service yet pleasingly it remains in very good condition. There is some staining and slight discolouration to the crown but no moth. The silk headband and tails are a little greasy but amazingly they have suffered only a minimal amount of the usual fraying and equally marvellously they remain complete.

The Bonnet retains its original other ranks cap badge to the famous Argyll & Sutherland Highlanders, this has left a a very discernible mark showing it has been in place from the start. There are no other badge holes pierced on the Bonnet. The cap badge does not have a silk bow or tartan patch behind it which is absolutely standard practice for other ranks on this pattern of Bonnet as numerous period photographs testify.

This Balmoral Bonnet's lining is the standard glazed cotton in black. There are no markings which again is absolutely standard for this pattern of Bonnet as most commonly, these, just like their Gor Blimey equivalent of the same 1915 period, are marked via paper labels which disappear once the Bonnet has seen a certain amount of wear.

It must be said that officer's Tam-o'-Shanters, having a small crown and being of similar appearance, are sometimes confused with the Khaki Balmoral. To the knowing eye however, the black lining and tell-tale lack of seam to the upper crown make all confusion impossible.

Wonderfully, it is also a combat item that has clearly seen active service.

A true collector's piece in all respects.