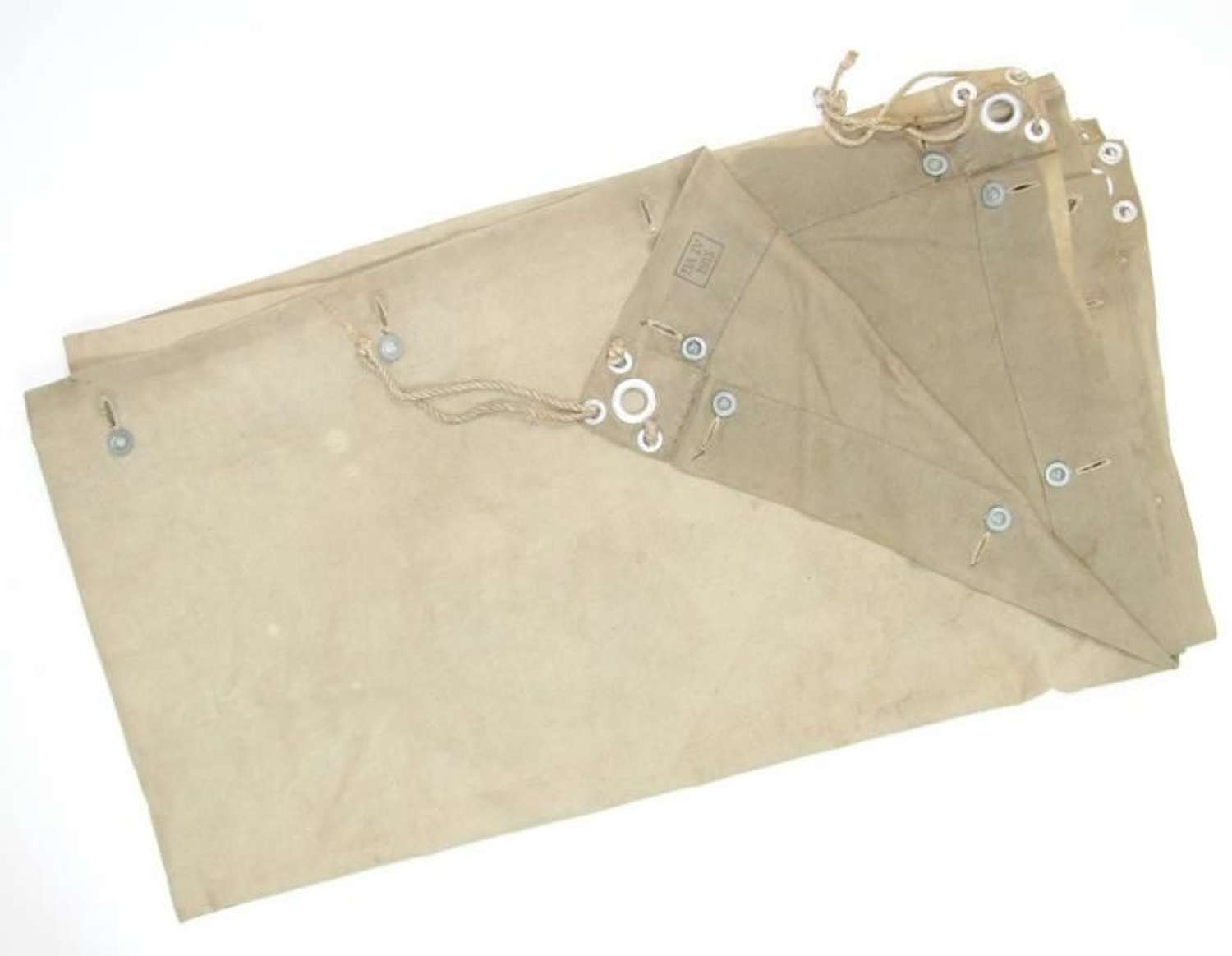 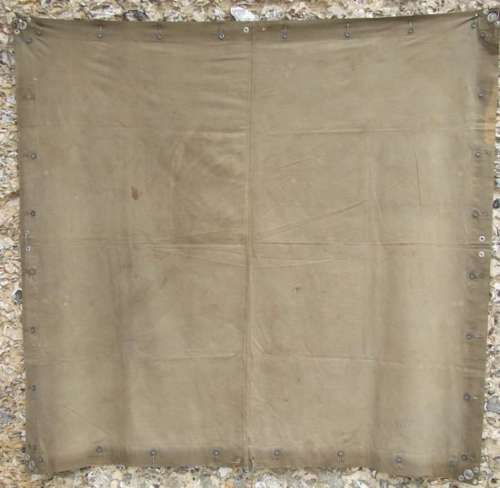 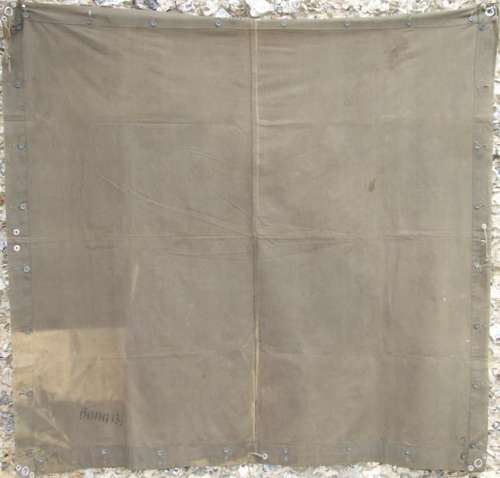 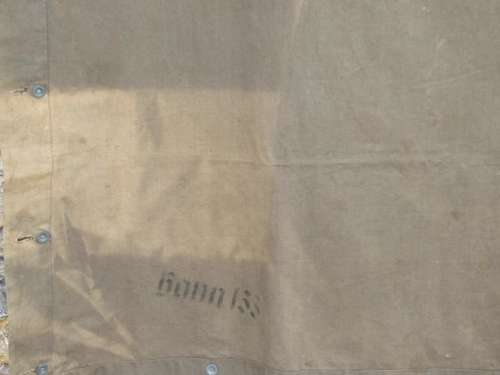 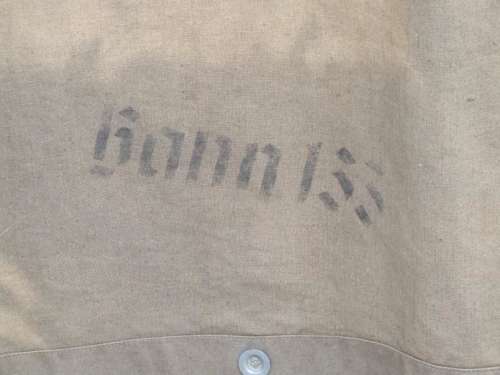 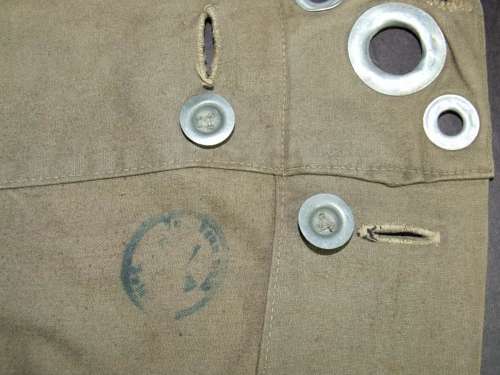 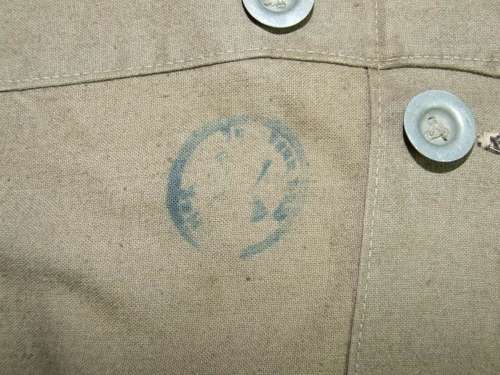 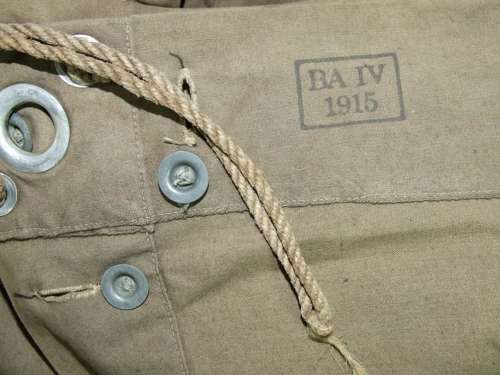 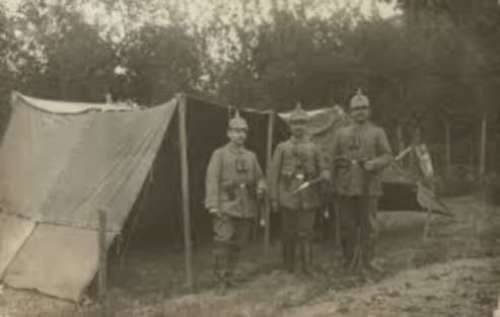 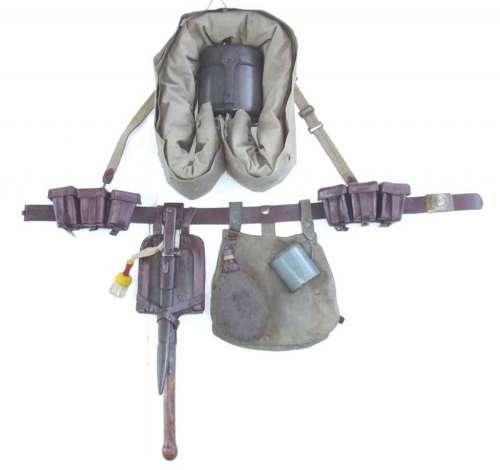 A rare 1915 dated M1914 grey Groundsheet (tent quarter) in excetionally good condition. Most unusually the Groundsheet has seen very limited wear, the grey colour is mostly in it's original state with only one piece of fading in one small area, and no holes at all to the main canvas body. This is not what is usually encountered with these. Being a useful all-purpose item such groundsheets were often used post-war in civilian life to cover all manner of articles outside, in all weathers, and for years on end. The consequence of such detrimental civilian actions of course is that more often than not the WW1 German groundsheets one encounters today are in somewhat tatty condition with the fabric punctured.
With this exceptional example, aside from the small faded area mentioned, the only negligible issues are a mere six buttons missing out of sixty-four, and three of the small aluminium eyelets being period repaired at Regimental level. The odd button missing in wartime is a given with these groundsheets, and equally Regimental repairs to aluminium eyelets were also a very common occurrence at the time as these were found to be inherently weak under trench conditions. These aluminium eyelets were inherited from the pre-War M1892 tan Groundsheet which marks this particular Groundsheet out as being, in addition to the amazing condition, a desirable early 1915 made example as well. By 1916 at the very latest, all aluminium eyelets had been replaced at manufacture by stronger steel ones.
Most unusual too is the fact that this groundsheet still retains nearly all it's original Guy-ropes, something that I have only encountered on one other occasion. Normally these are always all missing, here however, only two Guy-ropes are lost. The groundsheet has been taken into service by the Fourth German Army Corps in 1915 and there is a clear marking to that effect. There are two other markings present but these are difficult to make out and understand. I believe one to be a manufacturer's mark, and the other appears to be the soldier's name and number.
The final image shows the Groundsheet formed in the "Horseshoe Roll" when carried by WW1 German Infantry. As one can see the small faded patch or odd missing button are not discernible when the Groundsheet is carried in the regulation manner.
A scarce item in unusually good condition.