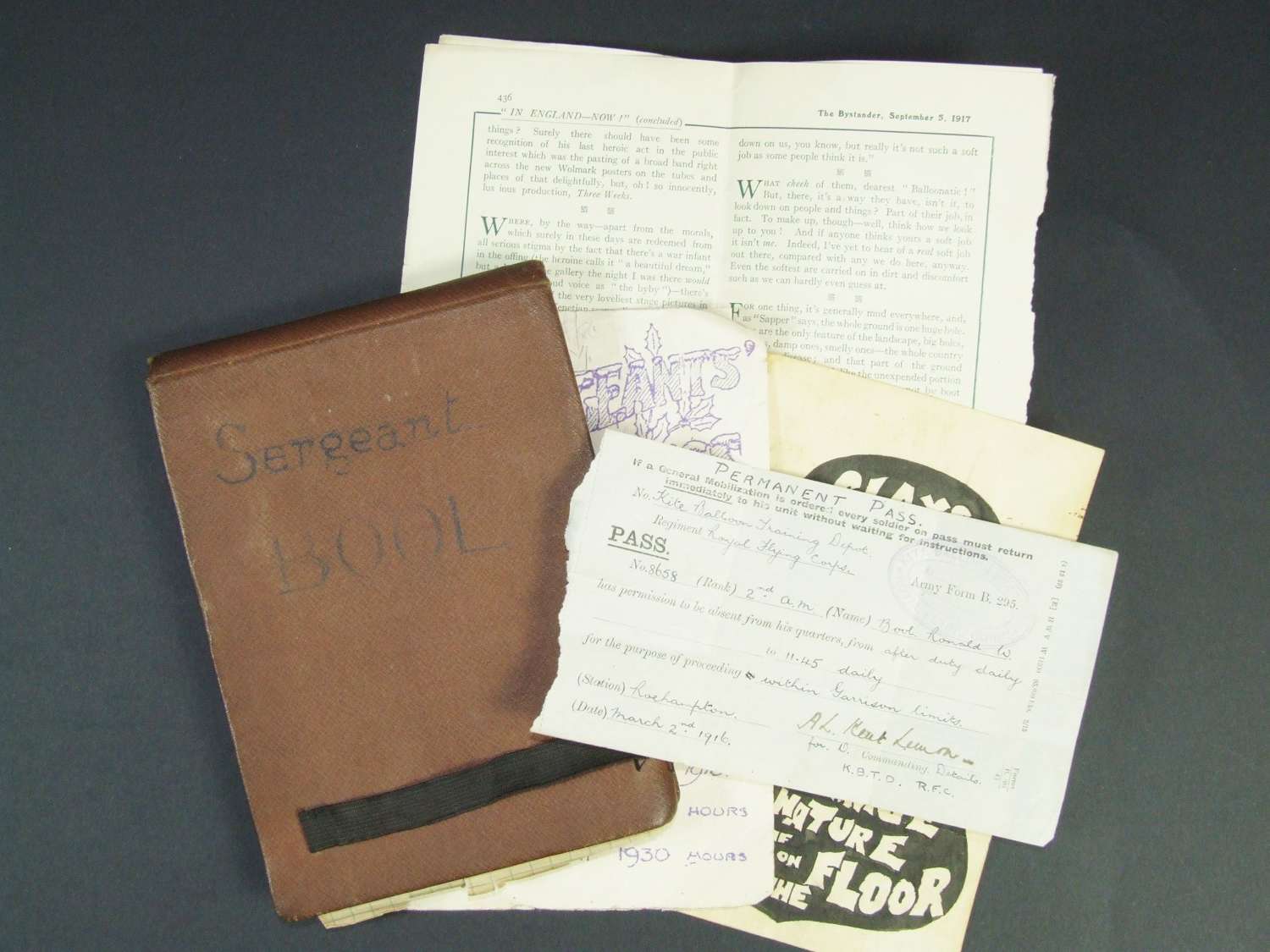 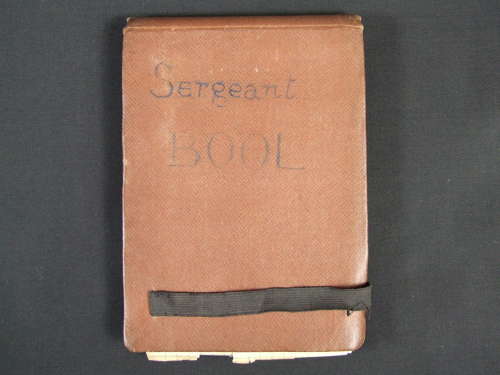 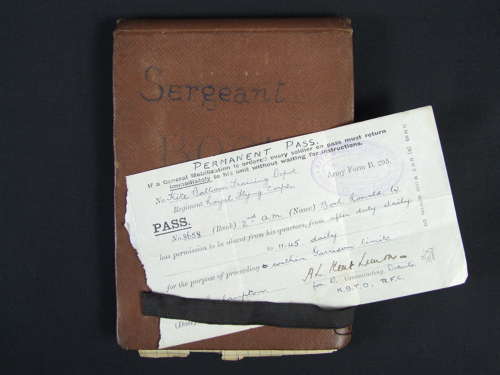 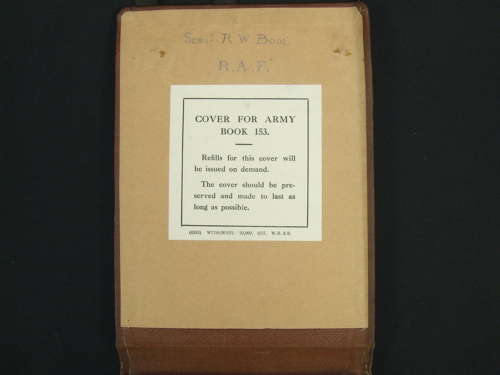 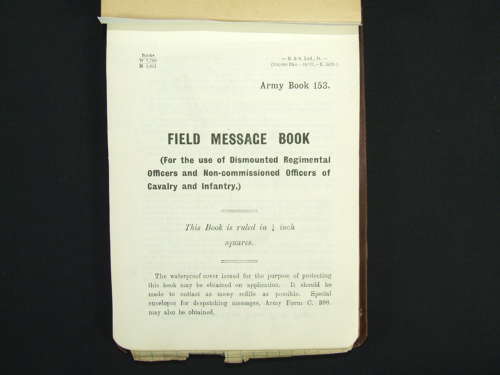 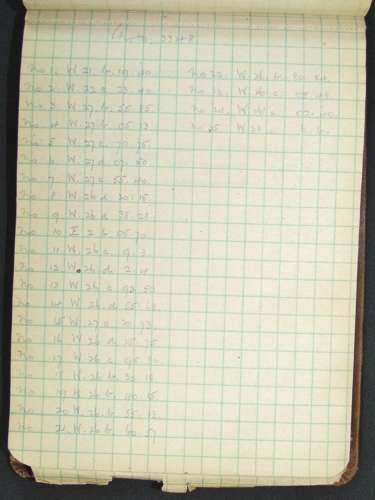 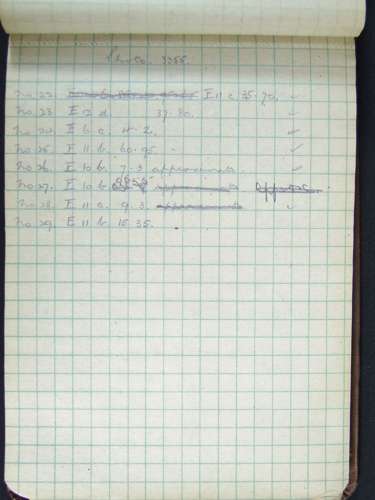 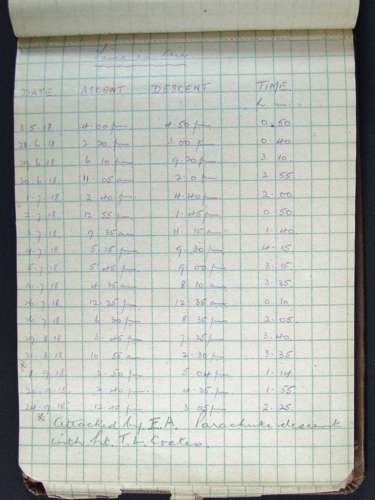 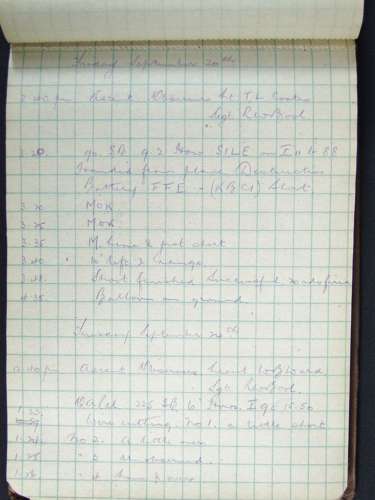 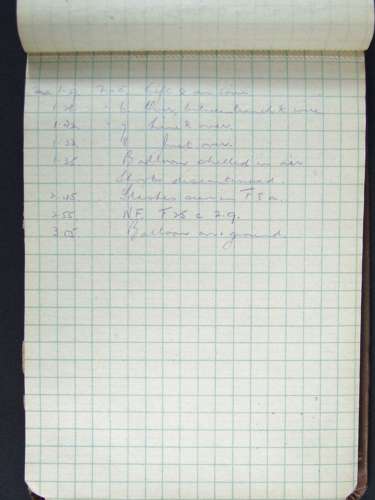 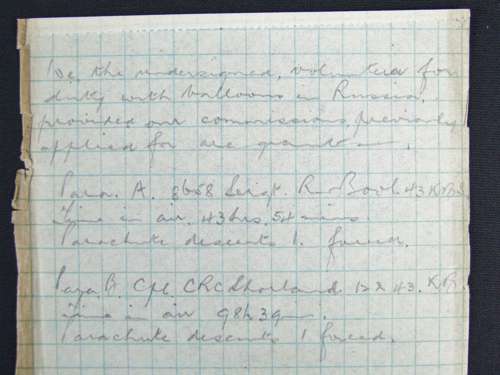 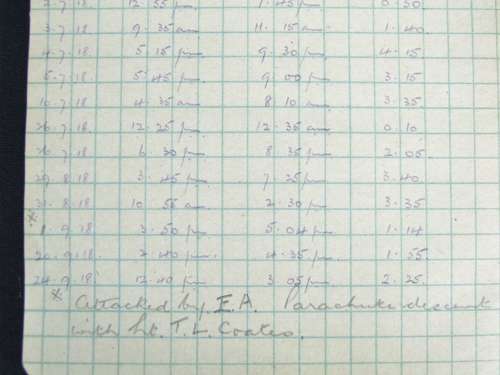 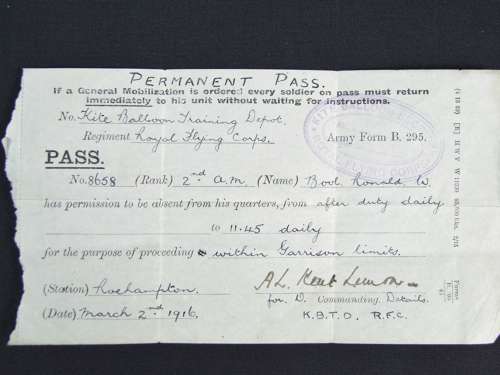 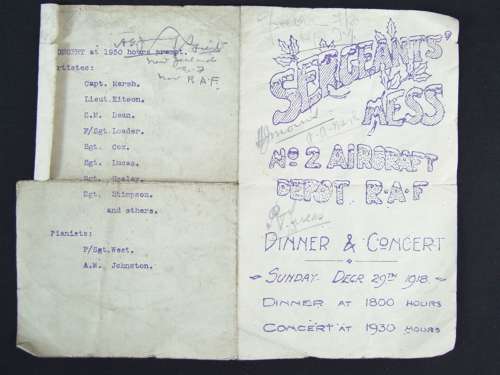 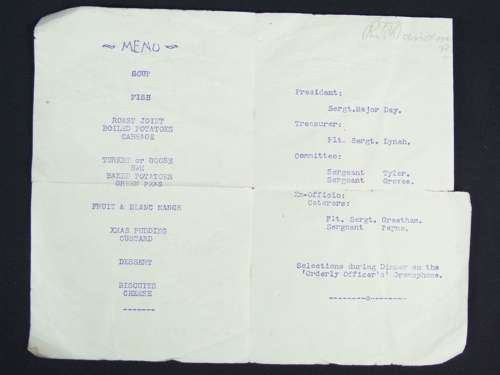 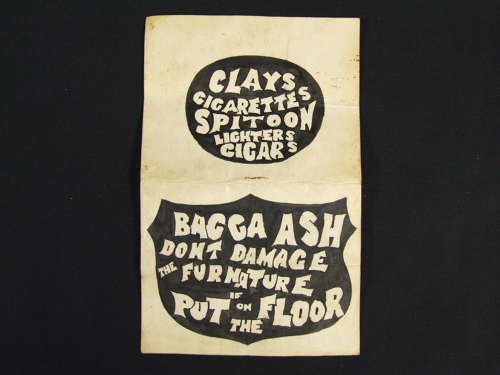 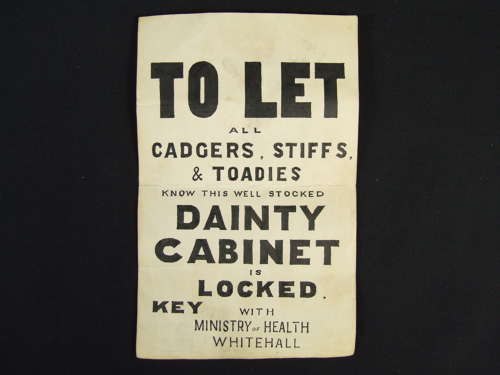 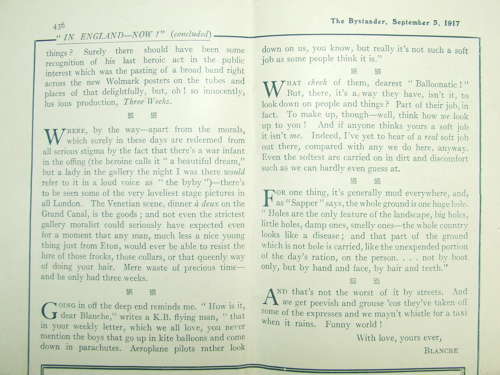 The Log has been kept using a hard backed 153 Field Message Book, the entries made in pencil on the graph paper.

It opens under the heading Photo 3508 and records what appear to be details on 31 photographs taken in flight. The next page is headed Photo 3348 with 28 entries and the next Photo 3355 with 8 entries.

The following page is more interesting. Entitled, Time in Air it list 17 flights with date, Assent, Descent and Elapsed Times from 3.5.18 to 24.9.18. There is an Asterix against the flight on the 1st September which corresponds to a footnote, “Attacked by EA Parachute descent with Lt. T. L. Coates” (Note. Information found elsewhere on Lt. Thomas Linnaeus Coates and not included in this lot, says that on 28th October this officer's balloon was attacked by enemy aircraft and brought, down in flames. Lt. Coates descended in a parachute, but fell through the branches of a tree and was badly shaken. In spite of this, with most praiseworthy devotion to duty, he immediately re-ascended, and remained up till dark. On a previous occasion he was forced to parachute, and, despite a bad landing, at once re-ascended. He was later awarded the DFC for his Balloon work)

The last two hand written pages detail the events of two flights on September 20th and 24th with notes such as “Balloon shelled in air”.

There is a detached note which is perhaps the draft of a formal letter from Bool and another Seargent Shortland where they volunteer for Balloon service in Russia “provided our commissions previously applied for are guaranteed” Bool gives his qualifications as, 43 KBS, time in air 43 hours 54 minutes, Parachute descent one forced.

The Log is in very good condition with just the elastic closure band broken.

Included with the Log is a Pass for Bool issued at The Kite Balloon training Depot and dated 2nd March 1916, a Christmas Dinner and Concert menu on 29th December 1918 and a page from the September 7th 1914 Bystander with a letter to Blanche from KB man (Kite Balloon man) saying that she never mentions the “boys who go up in balloons and come down in parachutes”.