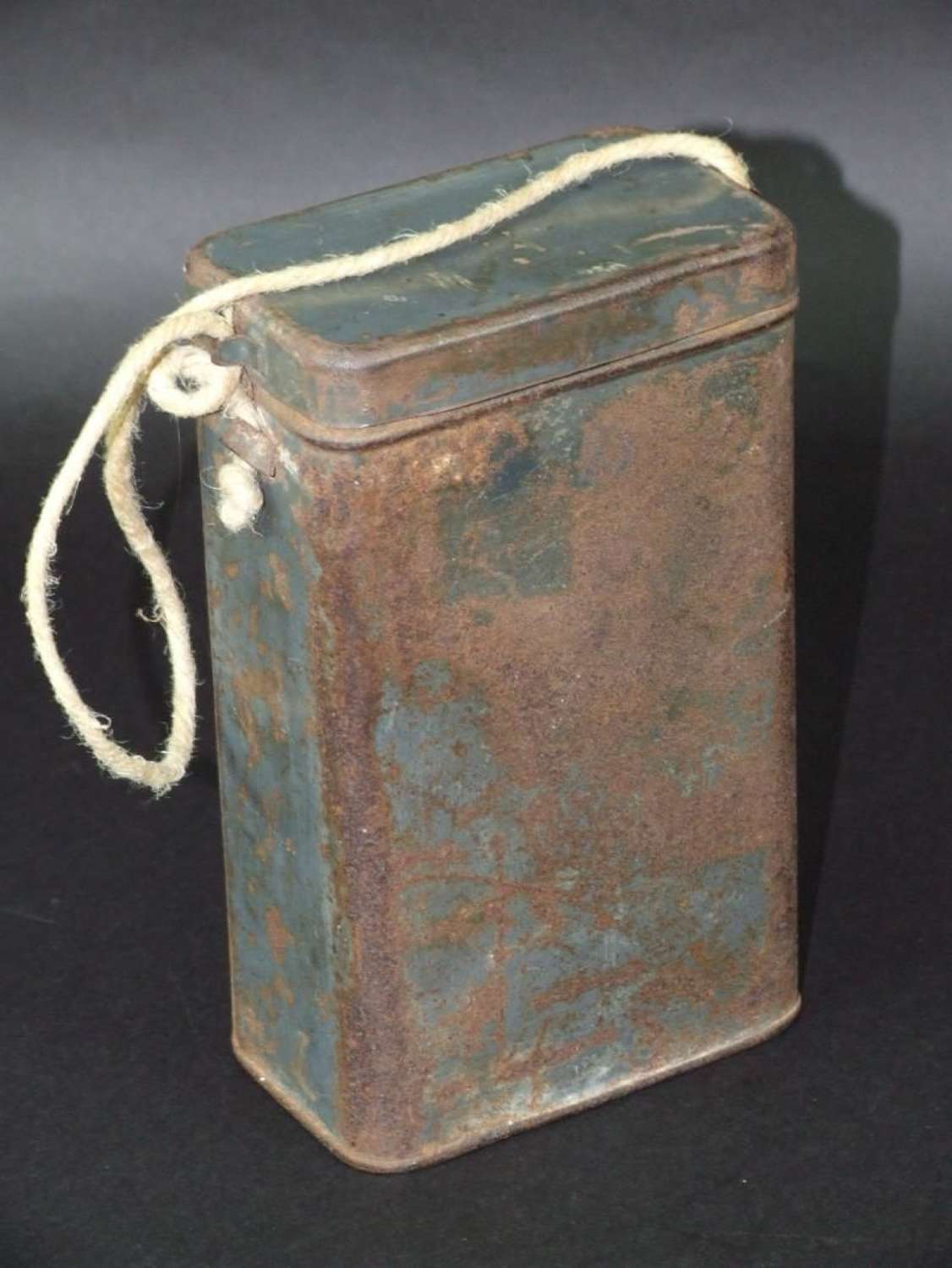 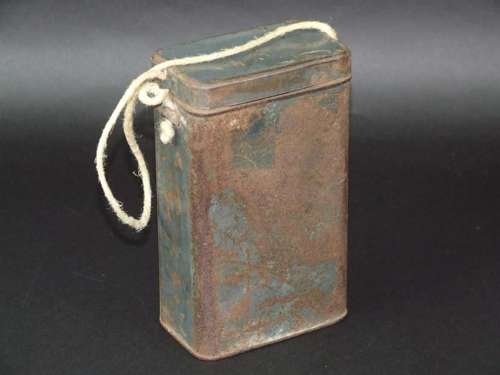 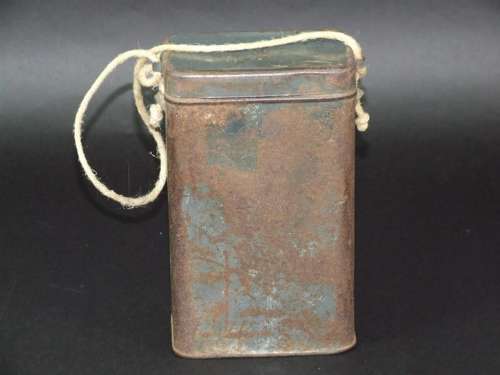 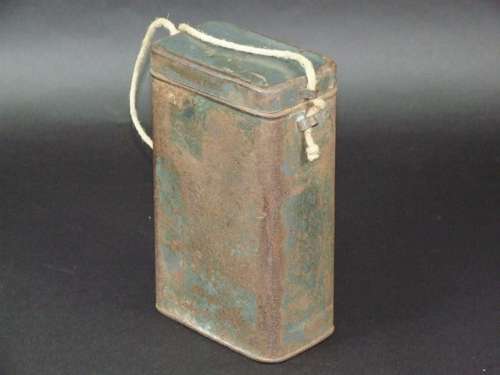 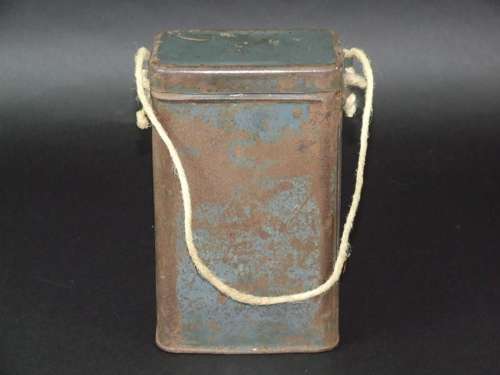 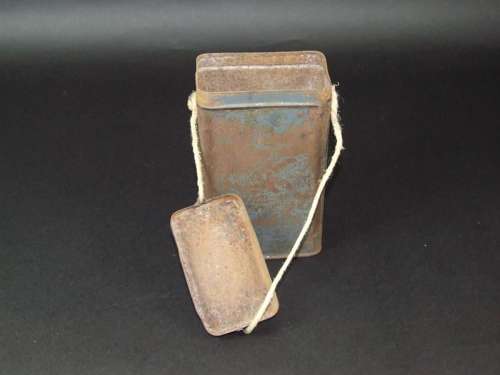 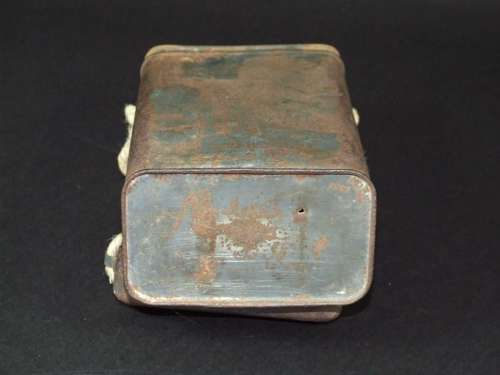 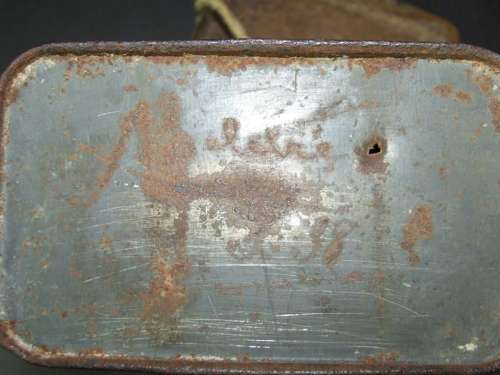 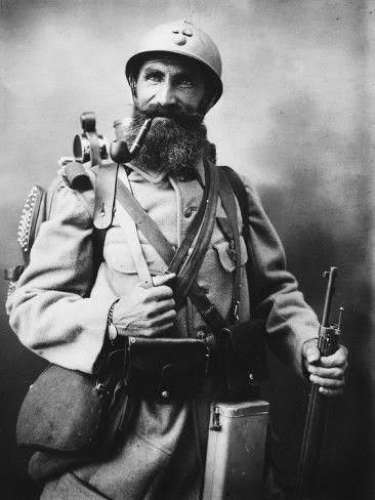 A scarce WW1 French M2 Gas Mask Tin in very good condition.
The M2 Gas Mask was the main gas protection used by the French Army during the mid-War period and as such it played a key role in France's most famous battle, Verdun. Because of this the M2 Mask is the gas item most associated with the WW1 French Soldier and thus these tins form an indelible part of the French Soldier's classic silhouette.
The tin is complete, undamaged apart from one small hole in the base, and in good sound condition overall aside from the usual trench knocks and minor denting from field use. It retains the majority of its horizon blue paint as well as the original carrying string used for hanging it from the front Y-strap hook. Such decent condition is really rather unusual for these as when encountered they typically have not fared at all well.
The M2 Gas Mask was also issued to the US Army upon it's entry into the War. It was used by them as sole gas defence, with this Tin, until the British SBR Gas Mask was adopted in early 1918.
The M2 Gas Mask was superseded in the French Army in late 1917 by the ARS 17 Gas Mask, but the US Army carried on issuing it as a back up respirator to the SBR right up until War's end.
A good example of a most symbolic French WW1 item.