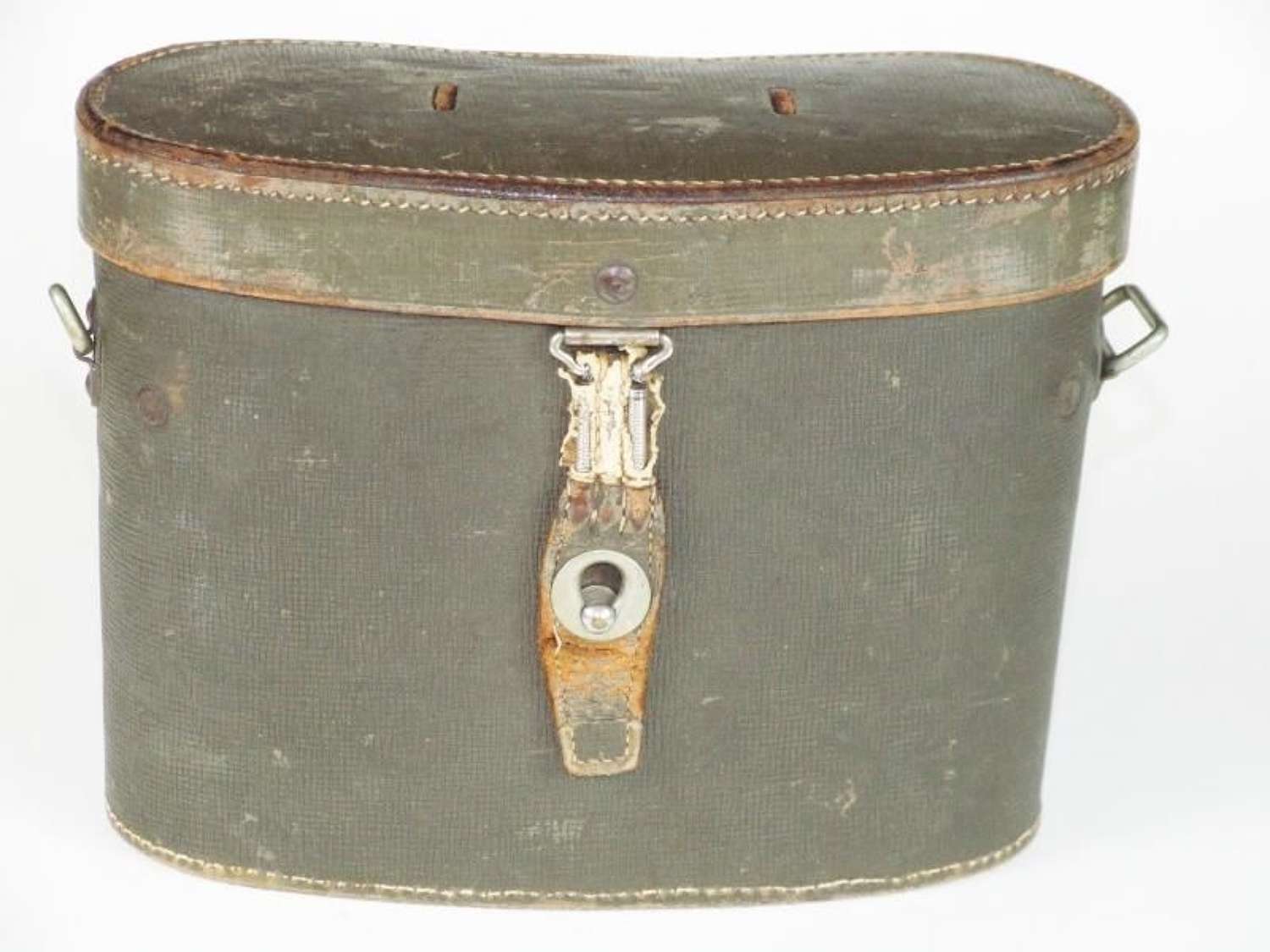 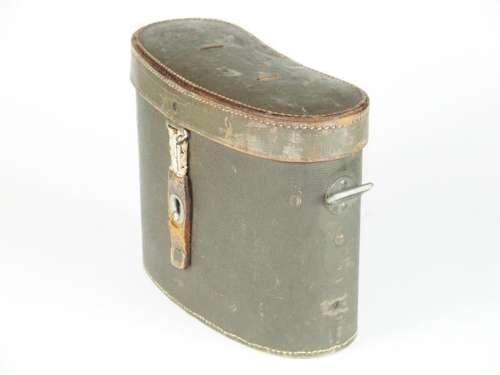 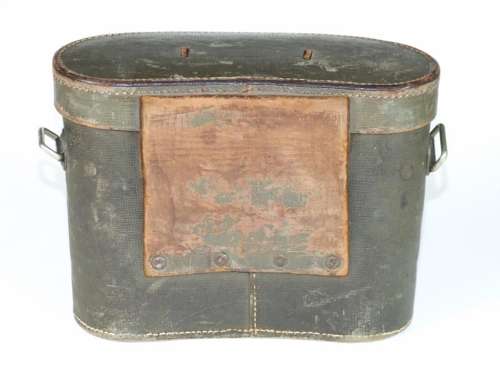 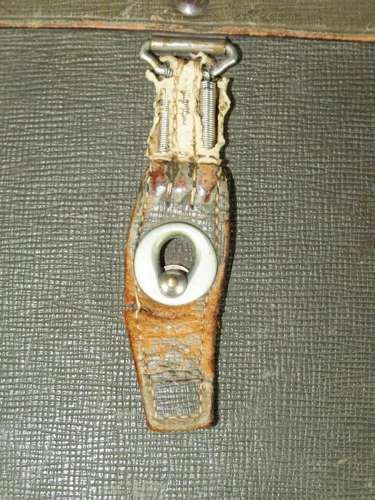 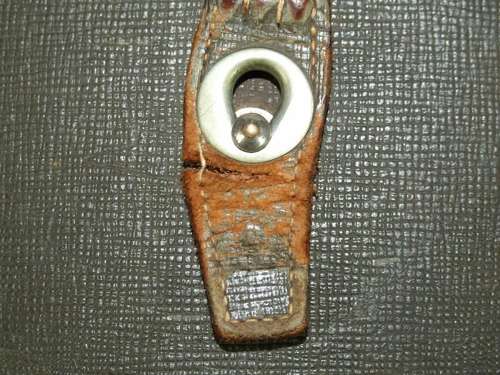 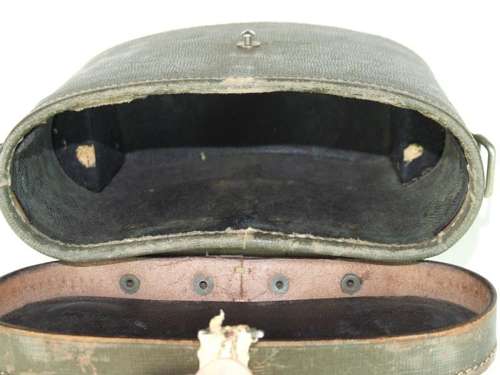 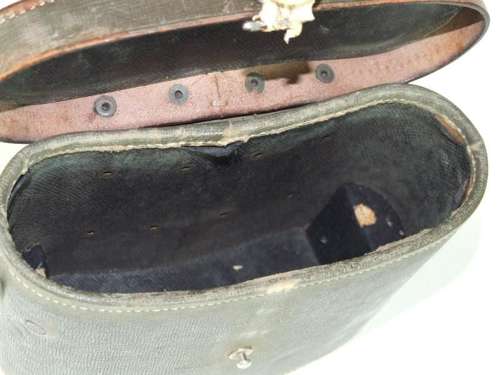 A very rare German officer's Trench Binocular Case manufactured in field grey leather.
Not long after the start of trench warfare officers on both sides of the conflict found that they were getting the unwanted attention of enemy snipers. In order to avoid drawing this deadly attention some field officers disguised or obscured the items of their kit that plainly marked them out as prized officer targets. This is very well known for the British Army whose trench officers often had their Sam Browne equipment either covered in khaki cloth, or even manufactured in webbing. However, what is less well known that some German trench officers did this type of camouflaging too. On occasion one encounters items of WW1 German officer's kit covered in field grey cloth, with belts being the most frequently found of such items today. In a similar fashion to their British counterparts sporting webbing items, one also exceptionally finds WW1 German Officer's kit actually manufactured in field grey coloured leather, although it must be said that these sought after pieces rarely come onto the market now. This however, is just such a piece.
This Case is of the standard pattern but manufactured in field grey leather instead of brown. To further camouflage the Case, "grained" leather has also been deliberately used in order to prevent the sun reflecting on the flat surface. This is the first of these trench pieces that I have ever encountered. British officer's trench equipment very seldom appears and the German equivalent obviously even less so.
Aside from this Binocular Case, I know of a few field grey leather belts, and I have been told of a field grey leather Luger holster in an American collection, but that is the sum total of field grey leather officer's trench kit that I am aware of.
The Binocular Case is in very good condition overall with the only damage being the missing carrying handle to the lid, and some leather to the sprung closure strap having become detached or unstiched. The sprung closure strap is now rather delicate with a reinforced tear to the leather tab. Nevertheless it functions well, as do the military grade swiveling side bales for the shoulder strap.
A rare and desirable item of German officer's trench kit.