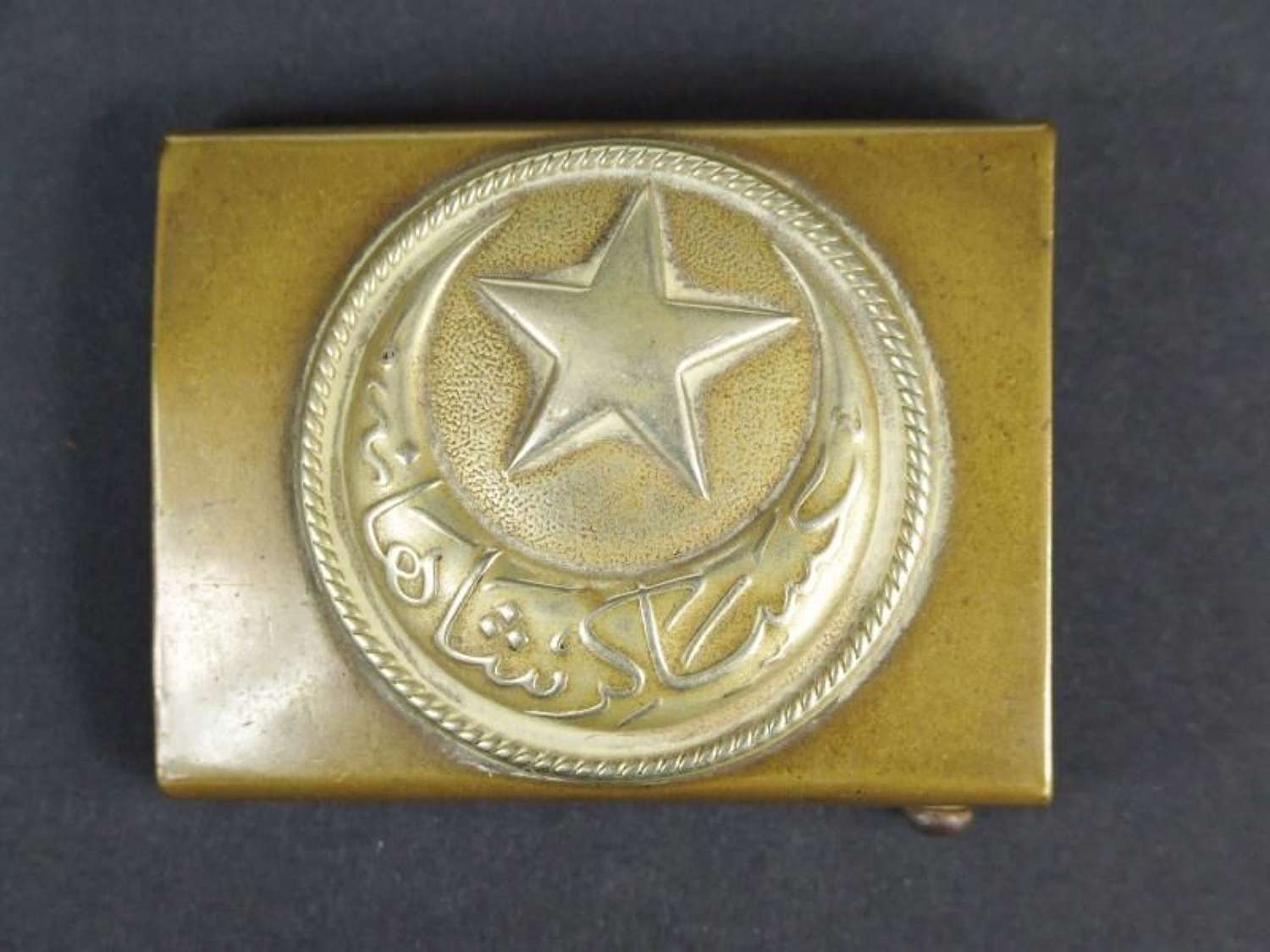 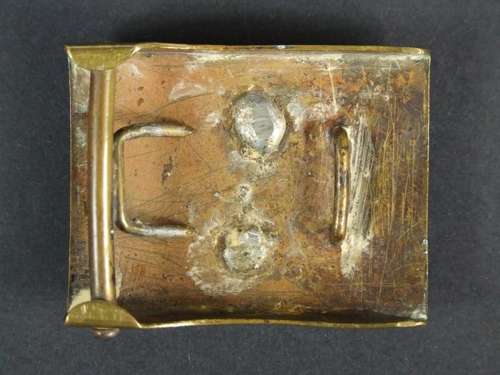 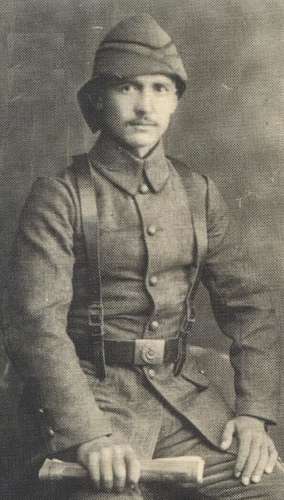 A very good example of a M1909 Belt Buckle of a Turkish Soldier of the Ottoman Empire.
The Buckle is of two piece construction with a brass back plate and nickel plated centre disc with the toghra (personal cypher) of Mehmet V under the five pointed star, the buckle bears a striking resemblance to those produced by Germany and demonstrated the strong influence Germany had control over the Turkish army at that time. Interestingly in this case the centre disc has been fitted upside down.
Overall condition is very good with one dent between the lower two arms on the star on the Buckle.