A quite beautiful and virtually mint condition wartime produced Sher-i-Hind (Tiger of India) Azad Hind Grand Star Cross with Swords for exceptional bravery in The Indian Legion/Indian National Army, the award also being available for award to eligible Germans.
Constructed in silvered gilded tombak with the tiger of India at centre with Azad Hind above crossed gilded swords the award is complete with its full length neck ribbon and ties and the reverse showing and completely free from damage. On the reverse is the silvered disc bearing the details of the wartime maker, Souval.
Believed to be instituted in 1942 three classes of the order and three medals were created and could be awarded either with or without swords. Nominal awards will most likely have been made but it is doubtful that actual awarding ceremonies did take place before the order petered out into discontinuity in late 1944.
A movement for Indian independence lead by Subhas Chandra Bose with the assistance of Nazi Germany and Japan, raised the Provisional Government of Azad Hind (Free India) which declared war on Great Britain and the United States on 24 October 1943. A number of troops were raised, largely from Indian POW's and the Order of Azad Hind was created by the Provisional Government for award to members of the "Indian Legion" in Europe or the "Indian National Army" in Southeast Asia. 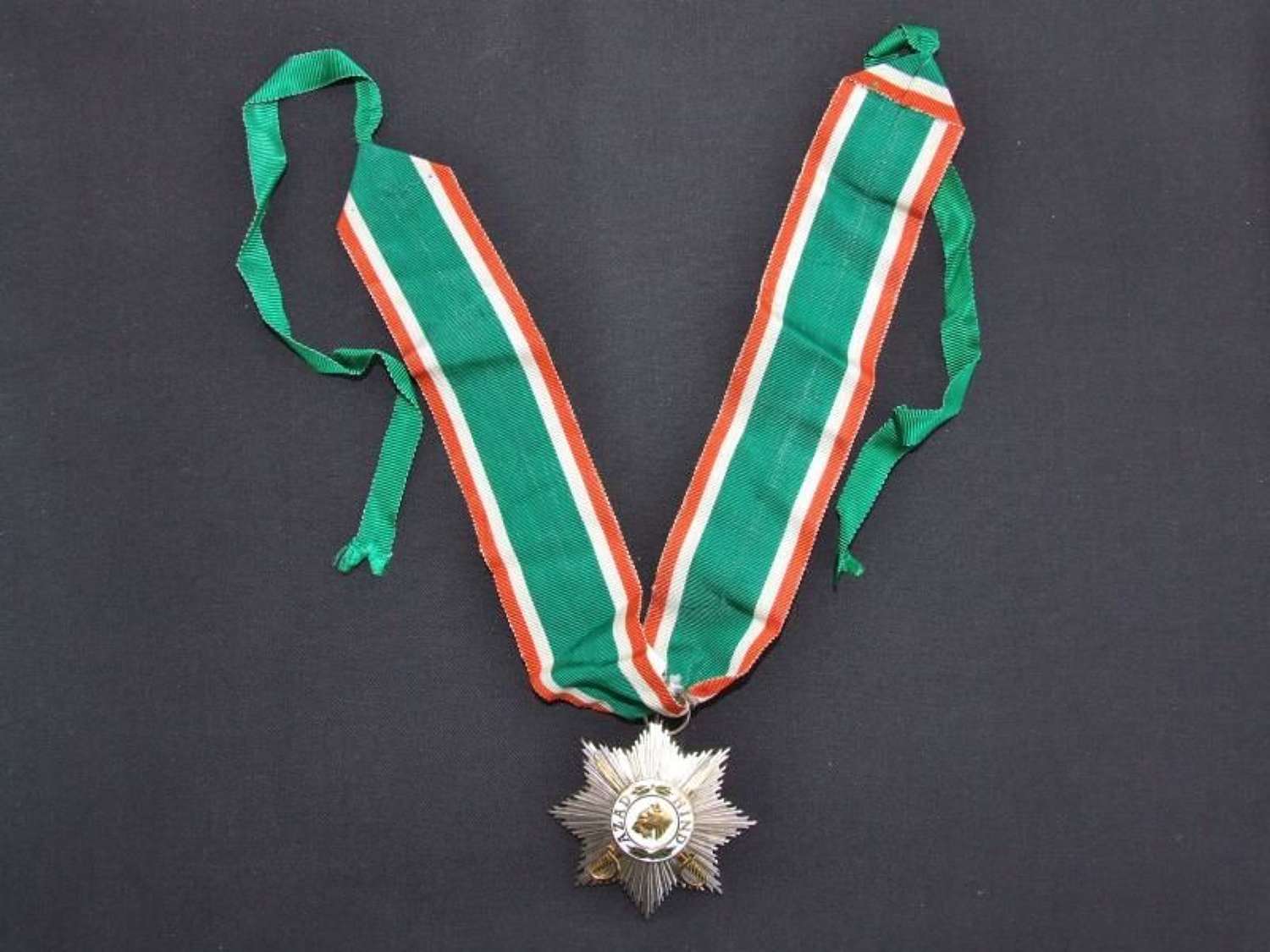 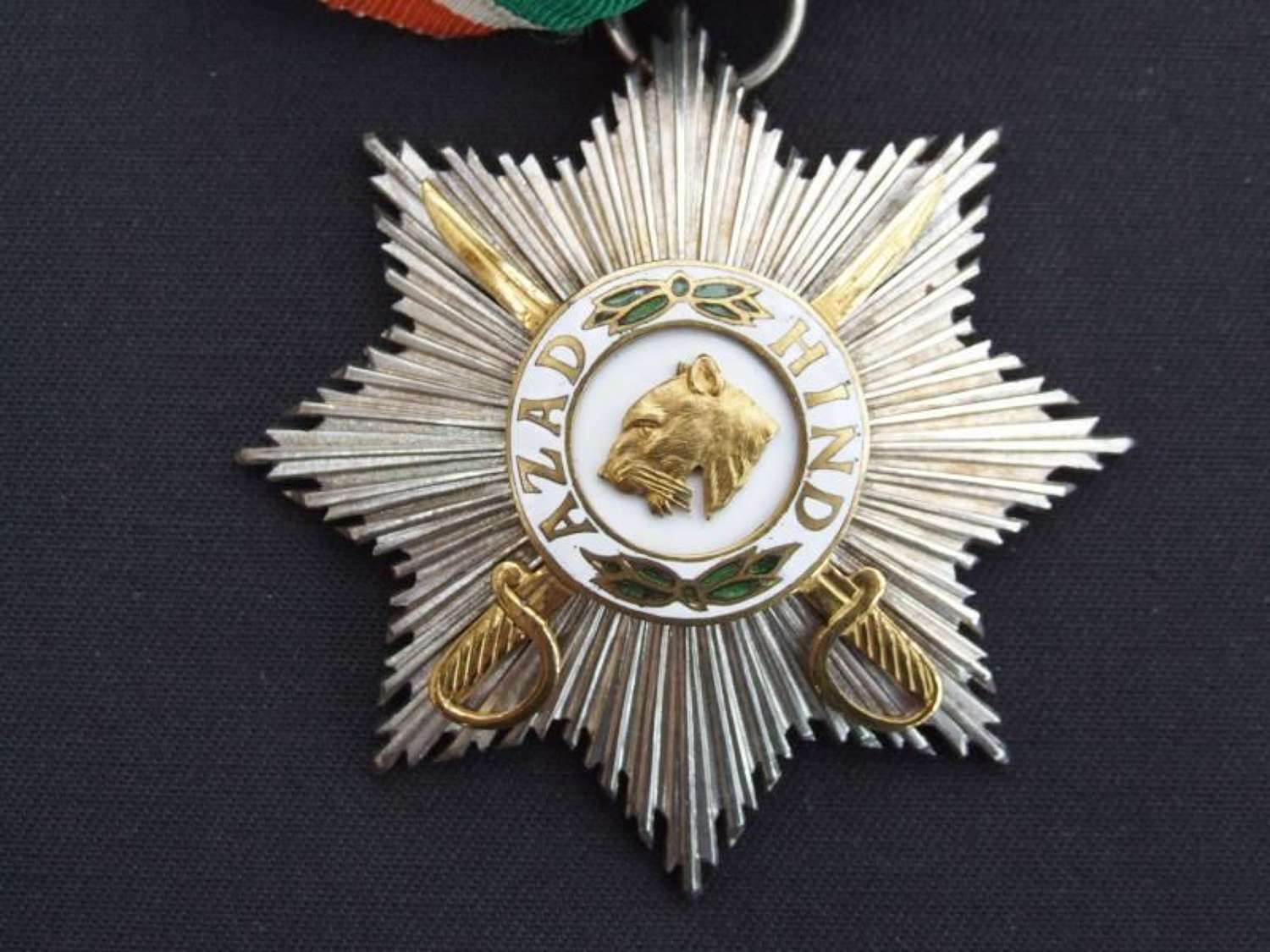 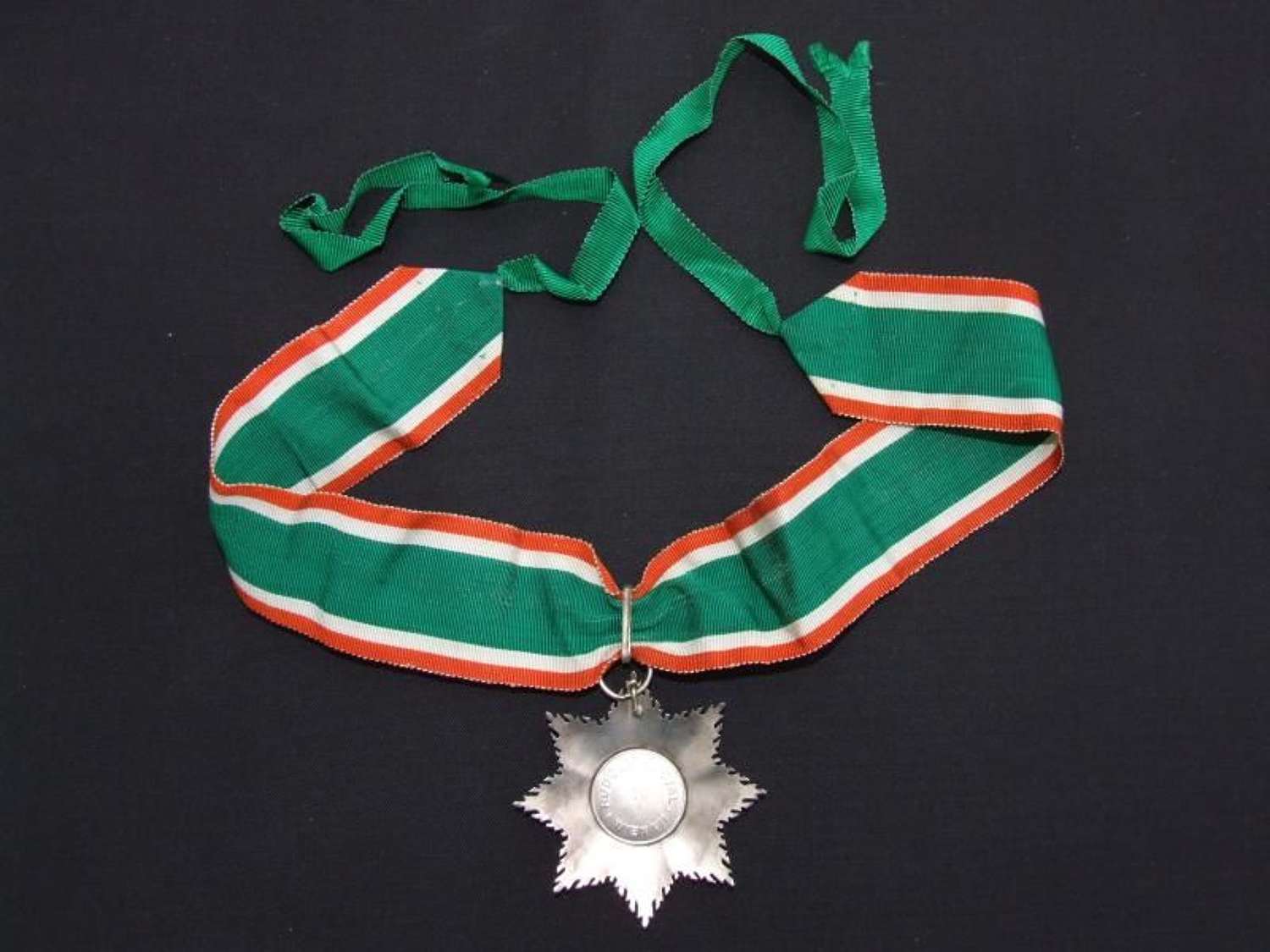 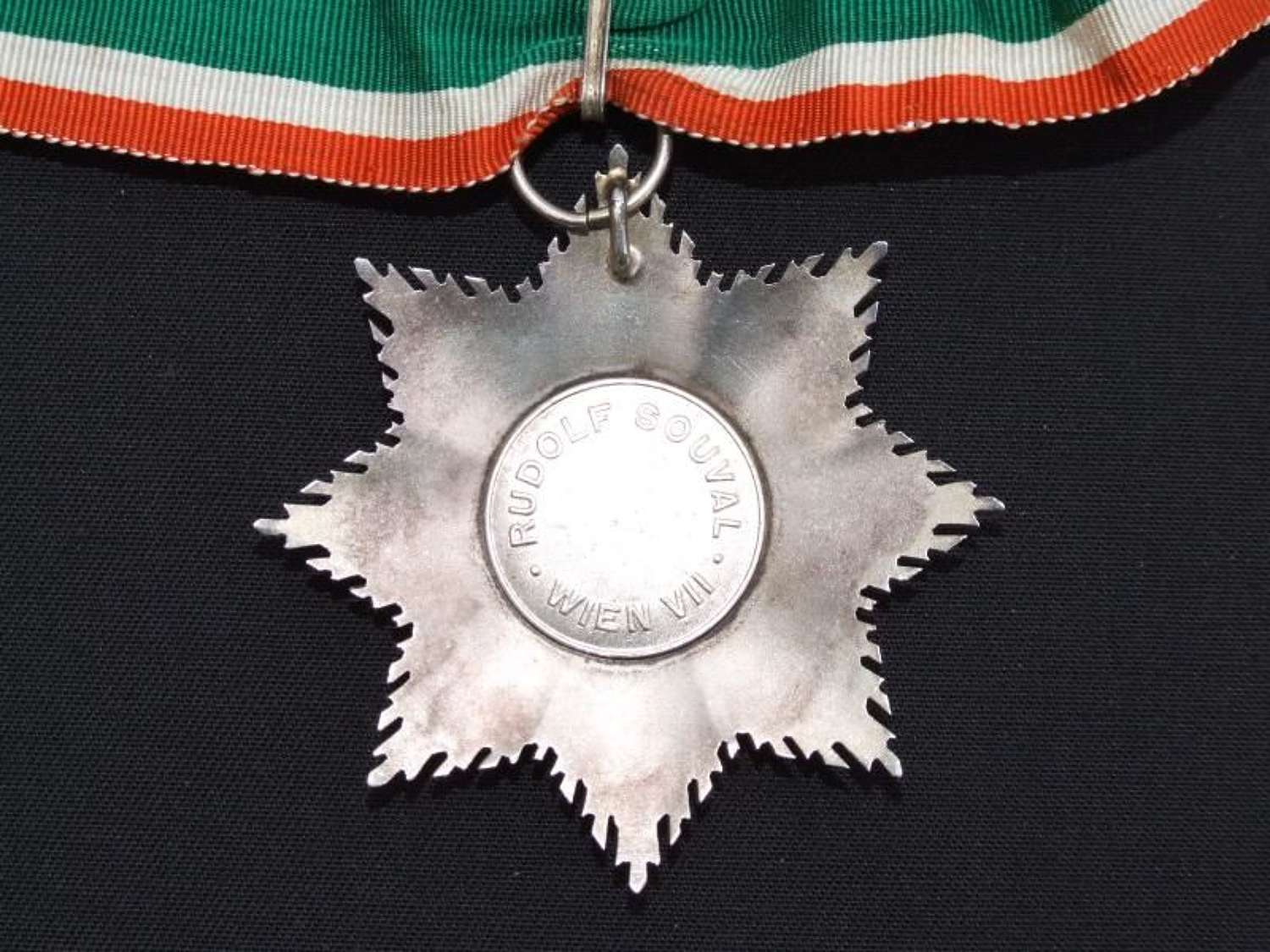 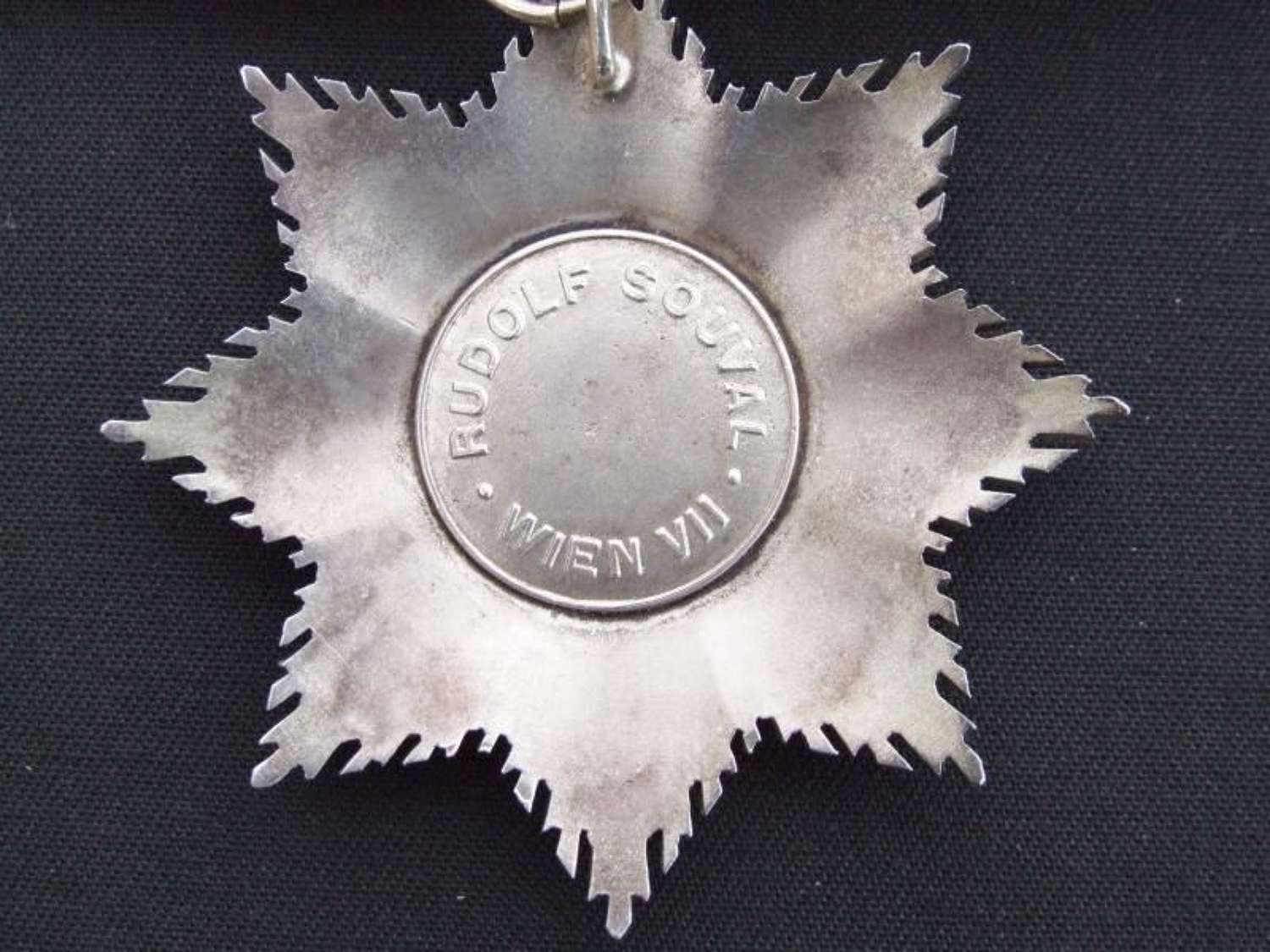 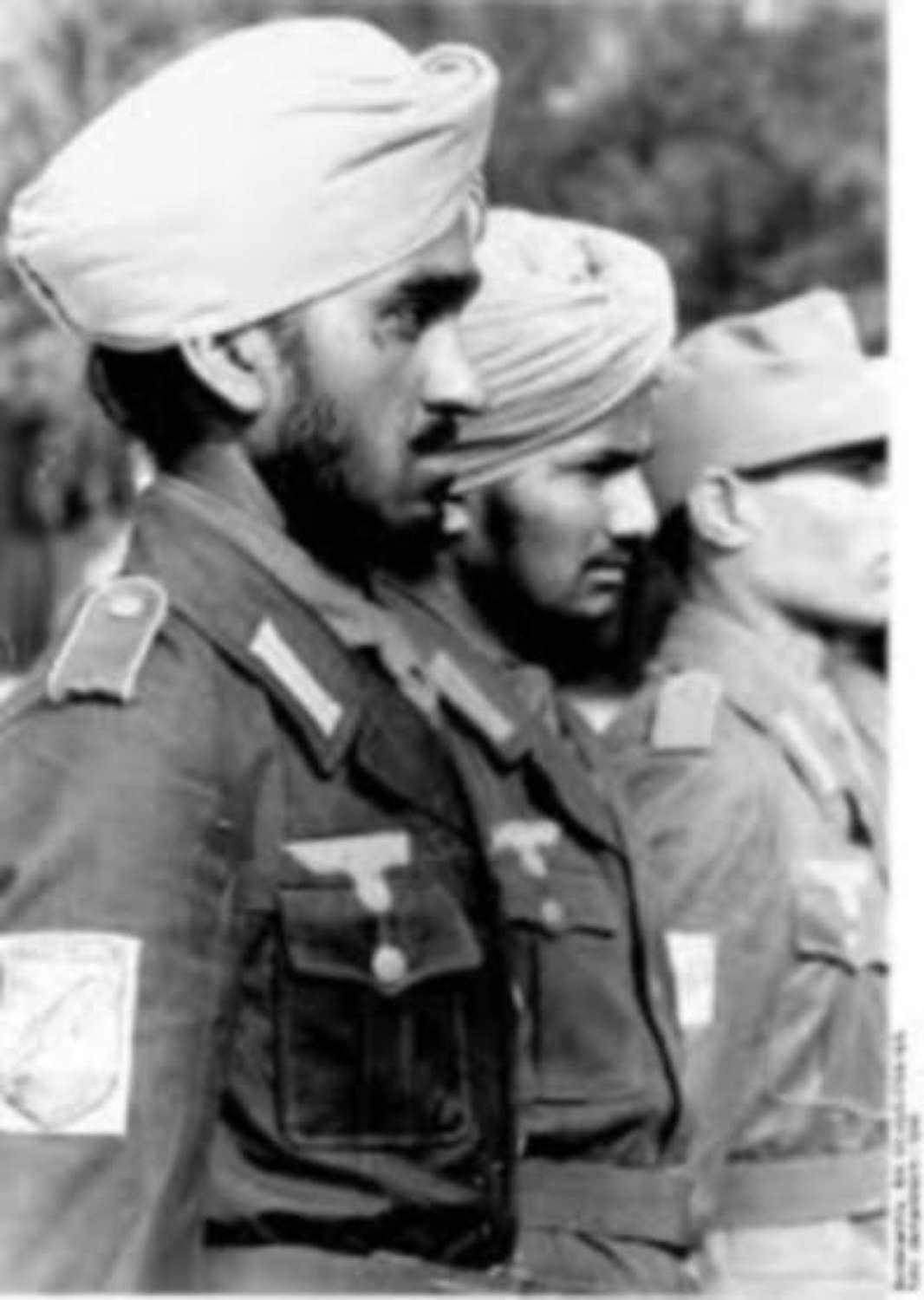