A good Award Certificate for the War Service Cross Second Class with Swords, accompanied by the award itself to Luftwaffe Obergefreiten Wilhelm Zehlius of 3./Res. Flak-Abt. 291 which saw most of its service in central Germany.
Issued in Wiesbaden and dated 1 September 1941 the Certificate shows the original ink signature (now very faded) of Generalleutnant Friedrich Heilingbrunner, Commanding General of Luftgau X111/X111.
The Certificate show some discolouration from having been displayed in a frame and has been twice folded. There are no tears.
The War Service Cross is a very good example but the reverse centre shows the residue of some adhesive, again from having been previously displayed.
Footnote. When the First World War broke out Heilingbrunner he was made a Platoon Leader serving at the front. At the same time, he served as Battery Chief in the Ottoman Army in Gallipoli and Macedonia. He joined the Luftwaffe in 1935 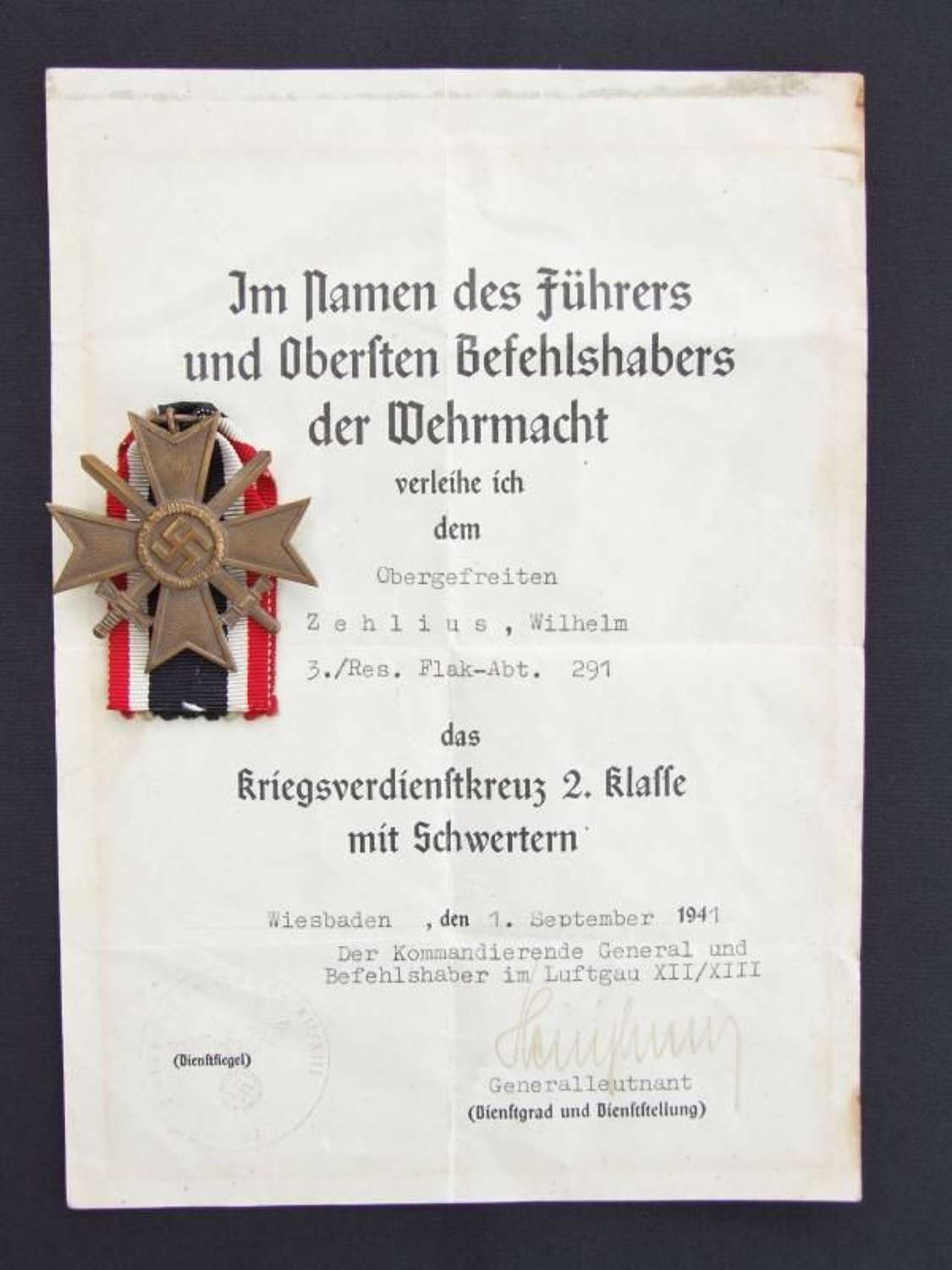 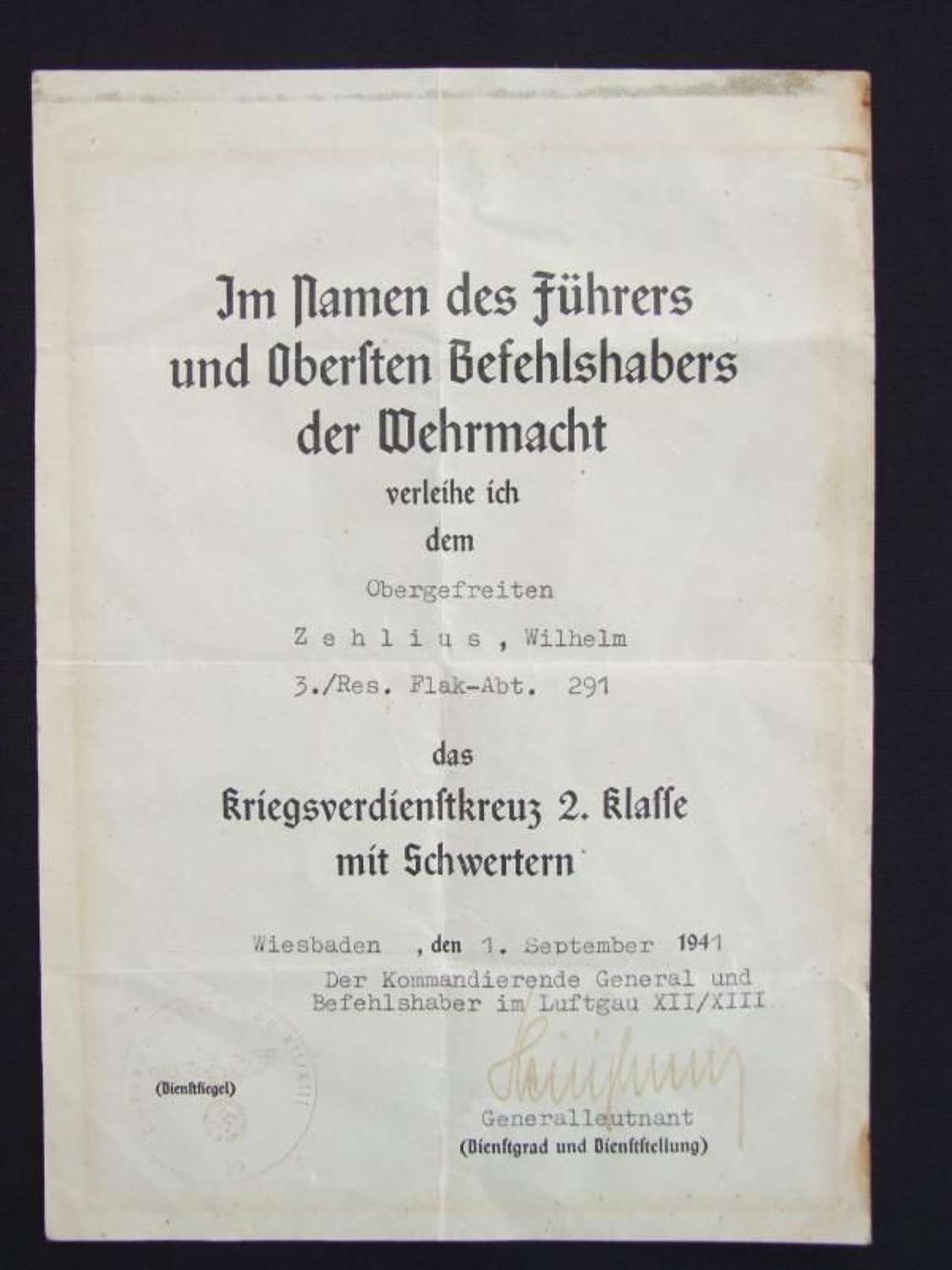 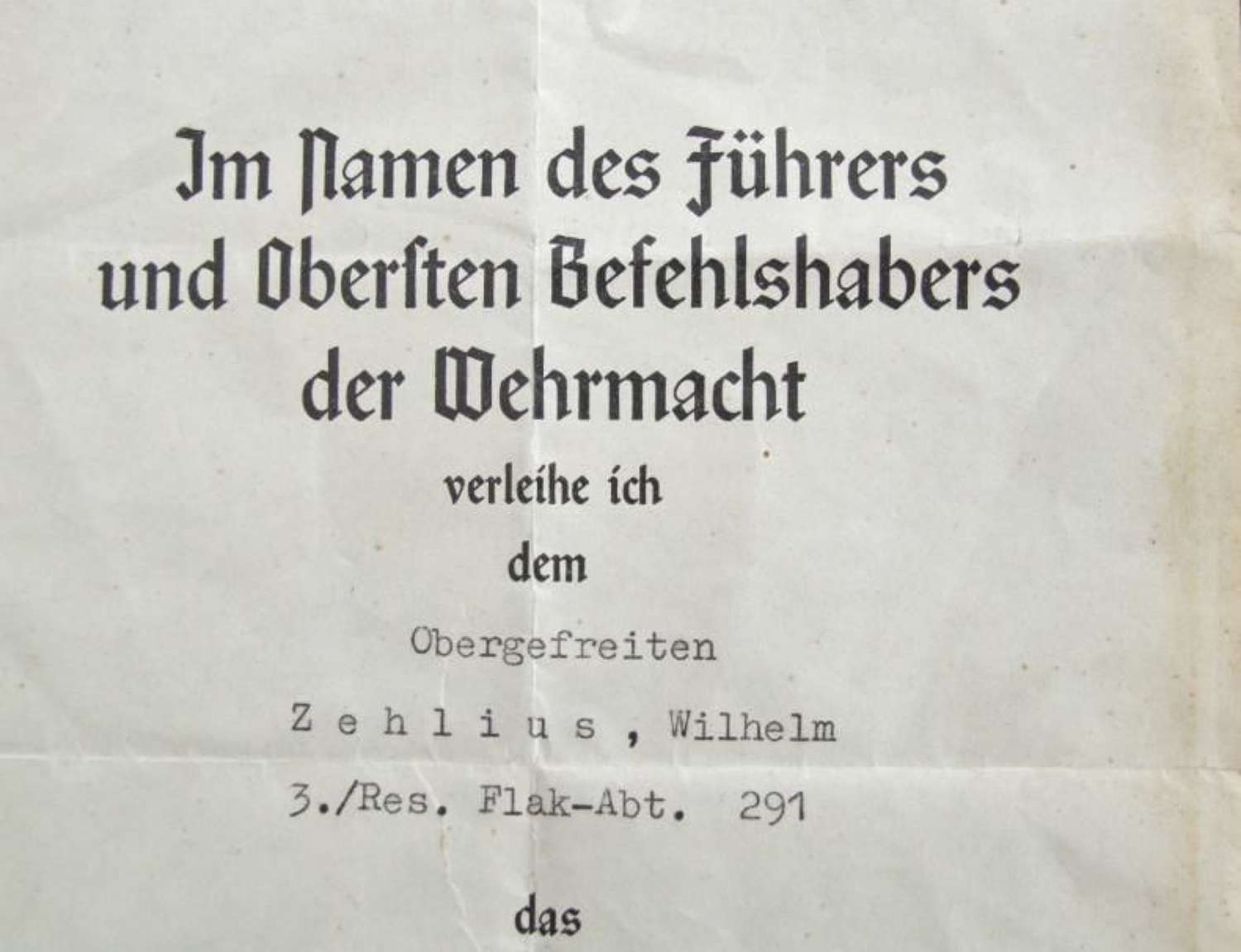 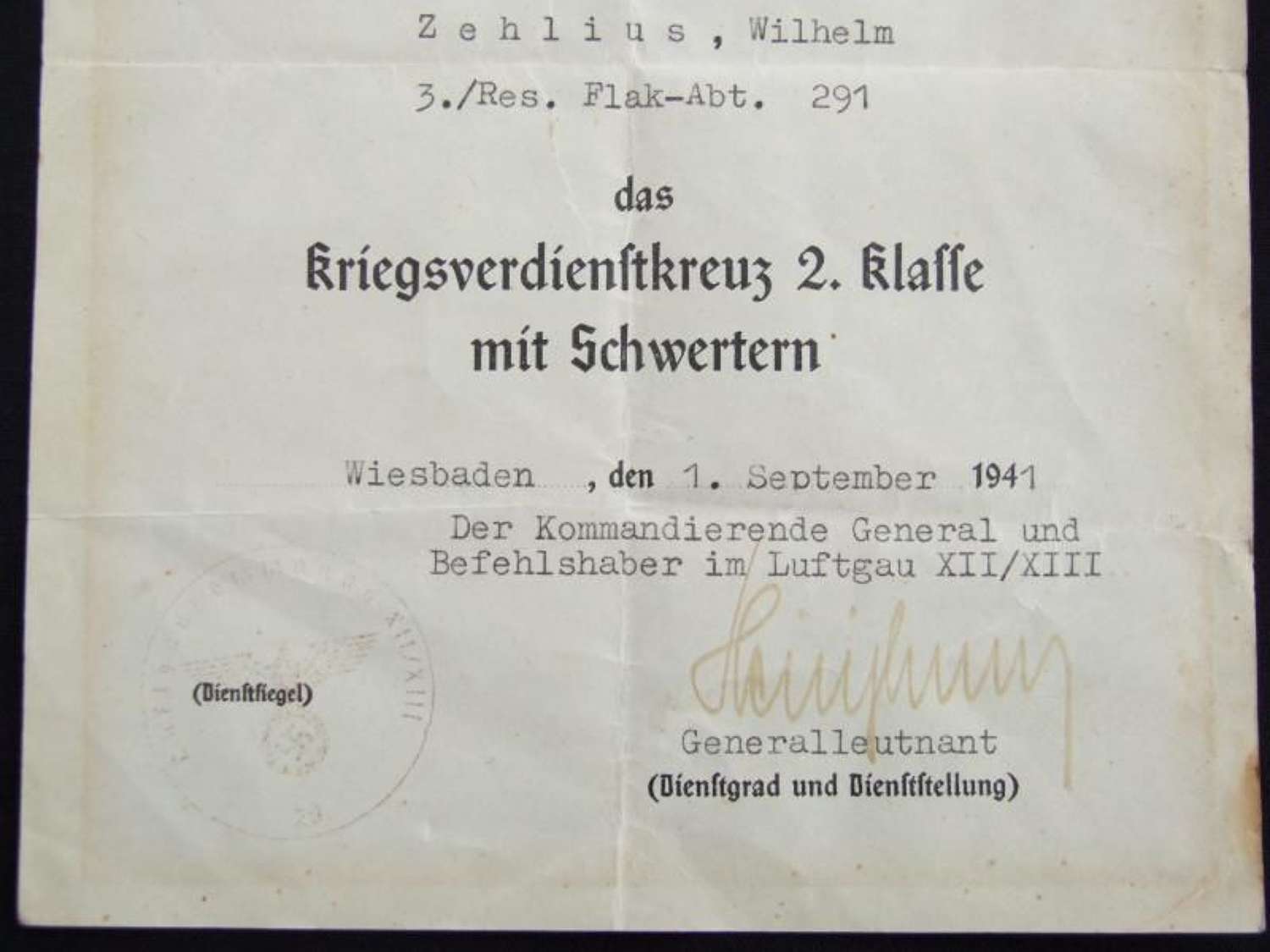 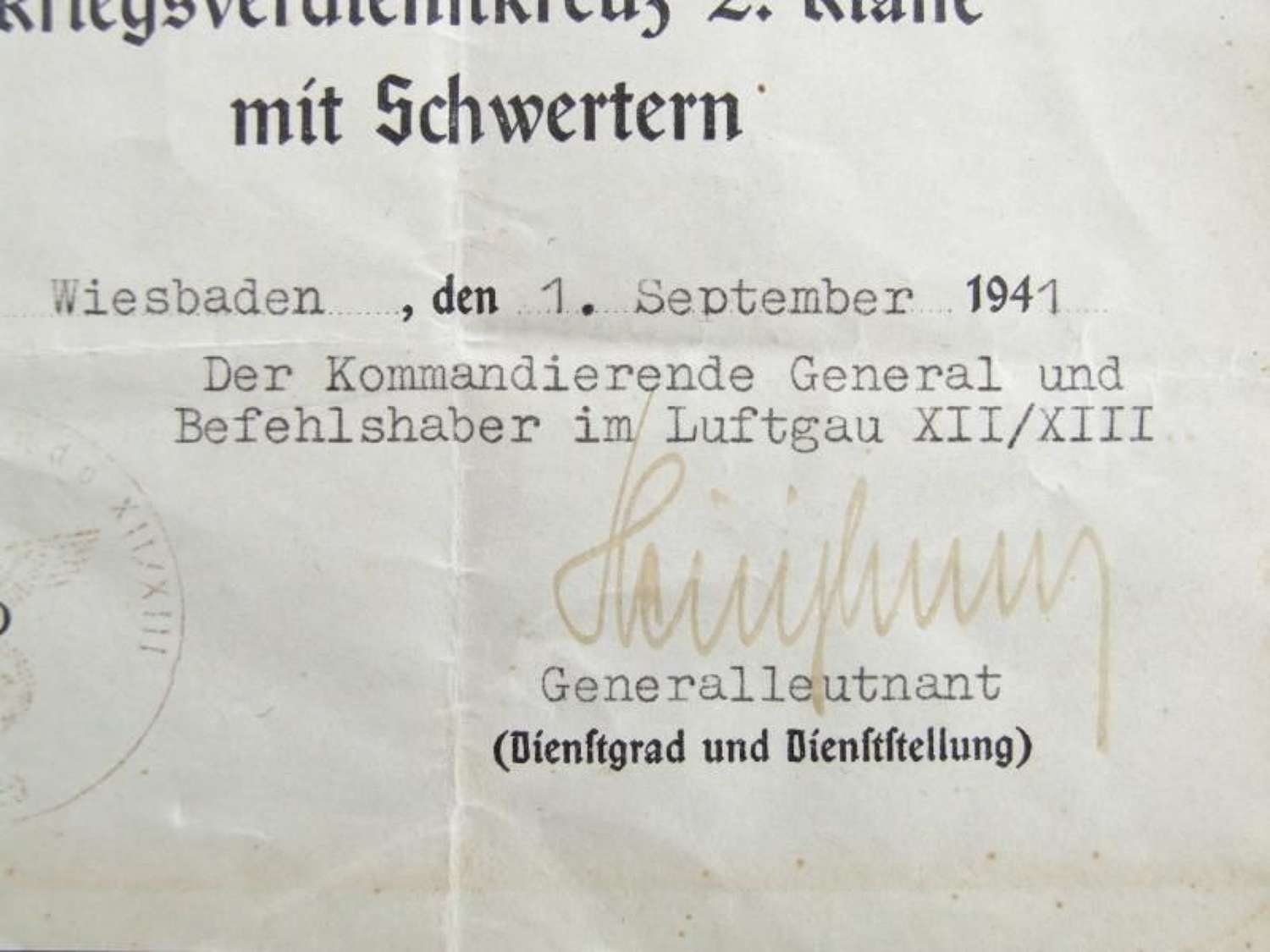 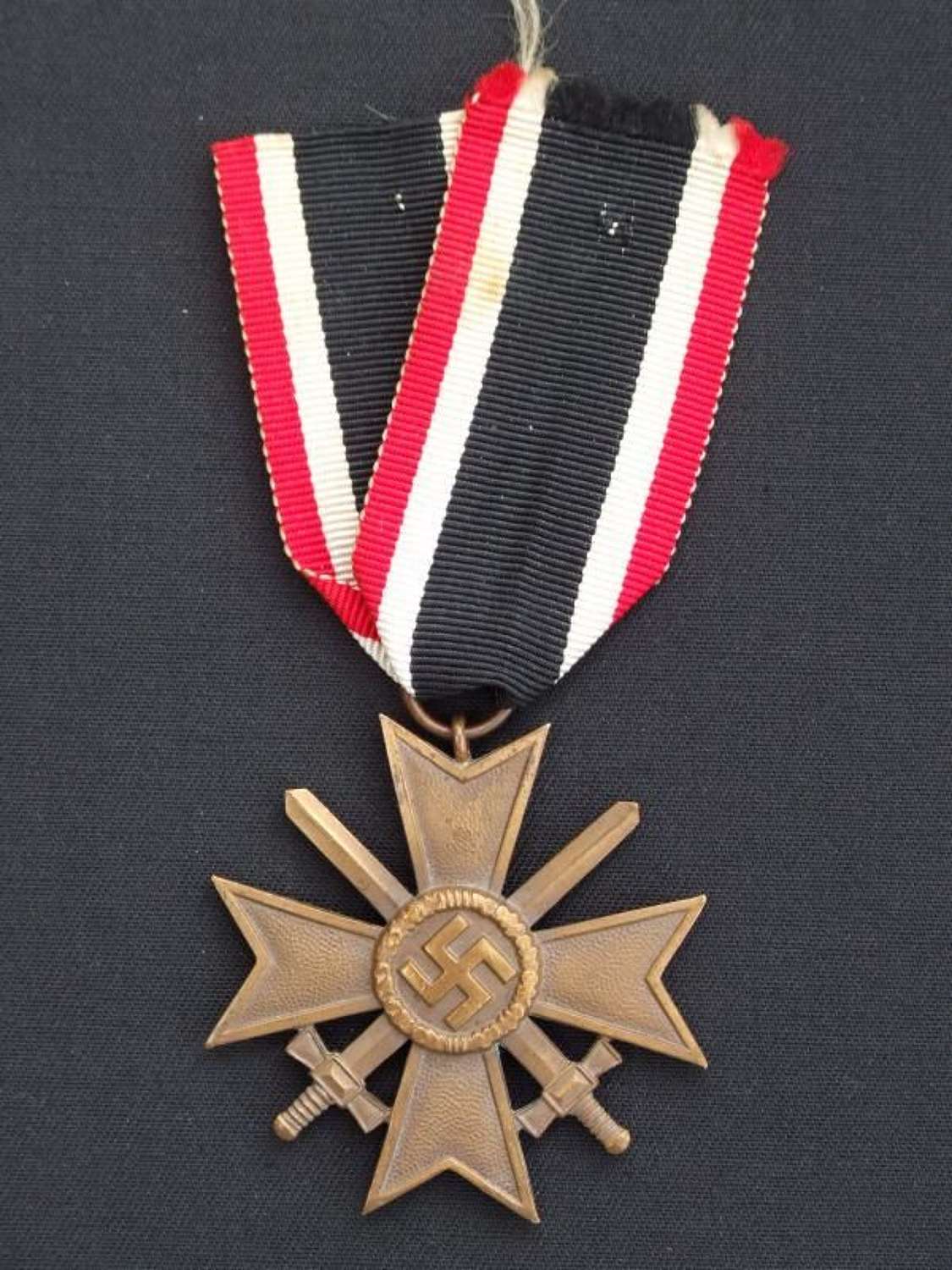 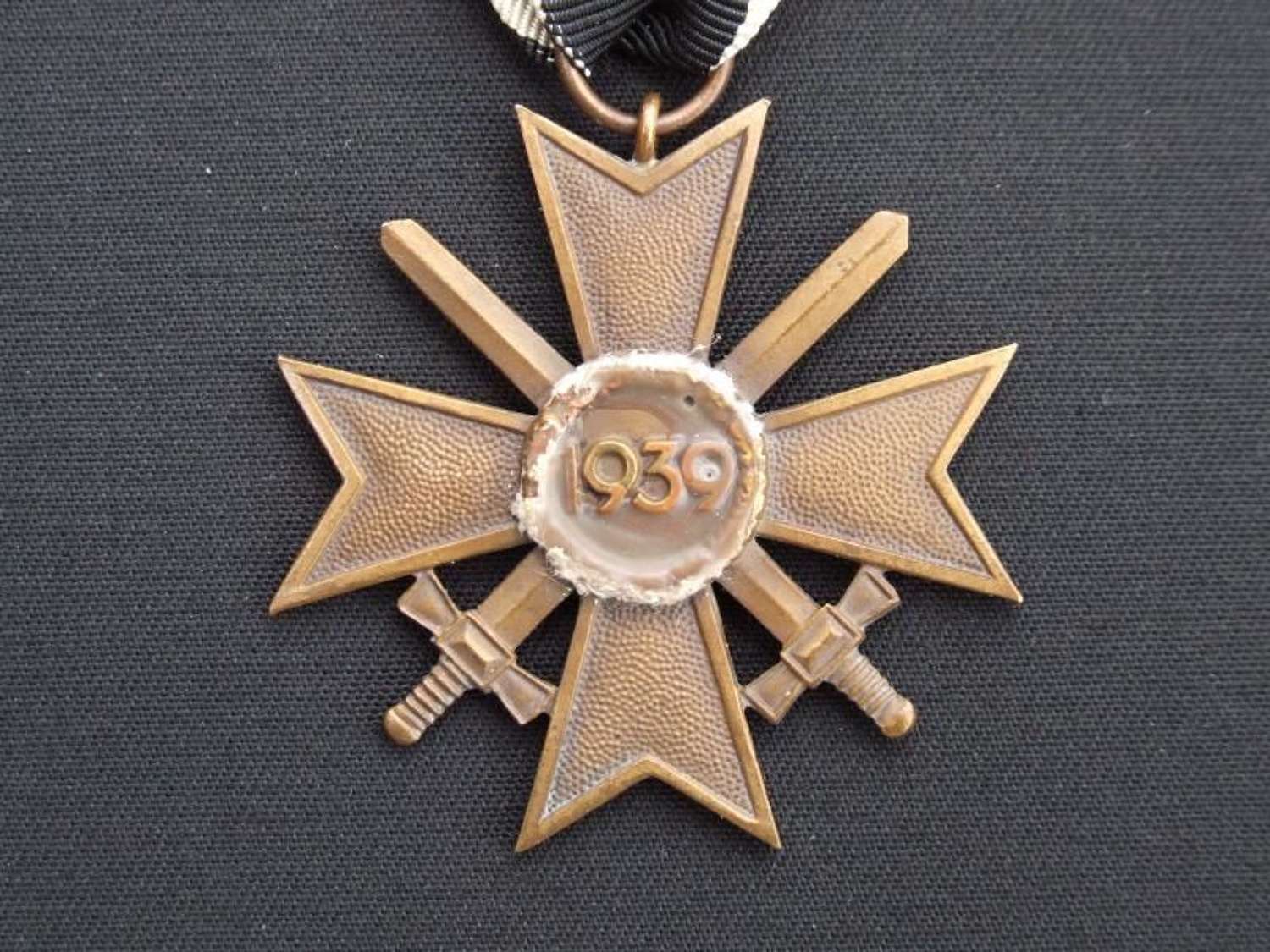