The Luftwaffe gained its own Geheime Feldpolizei in 1943, so it was a much shorter lived and smaller organisation than its army equivalent and accordingly Luftwaffe GFP material is much rarer.
As with the army, the Waffenfarbe of the Luftwaffenbeamte was dark green and the base of the shoulder strap is covered with dark green wool. The Nebenfarbe or secondary piping of the Luftwaffe GFP was wine red and wine red wool forms the layer between the base and the bright braid top which carries the metal GFP cypher. The rank of the strap is Feldpolizeidirektor.
Unlike the army, the GFP of the Luftwaffe did not have a specific collar patch and used the same basic collar tab worn by other branches of the Luftwaffenbeamte. In this case a single triangular pip in a dark green base, with celleon piping.
This example is in very good condition with just two small moth nips on the reverse.
Formerly part of the Gordon Williamson collection,this actual piece is featured in his book "Kettenhund", The German Military Police in the Second World War.
A truly rare example. 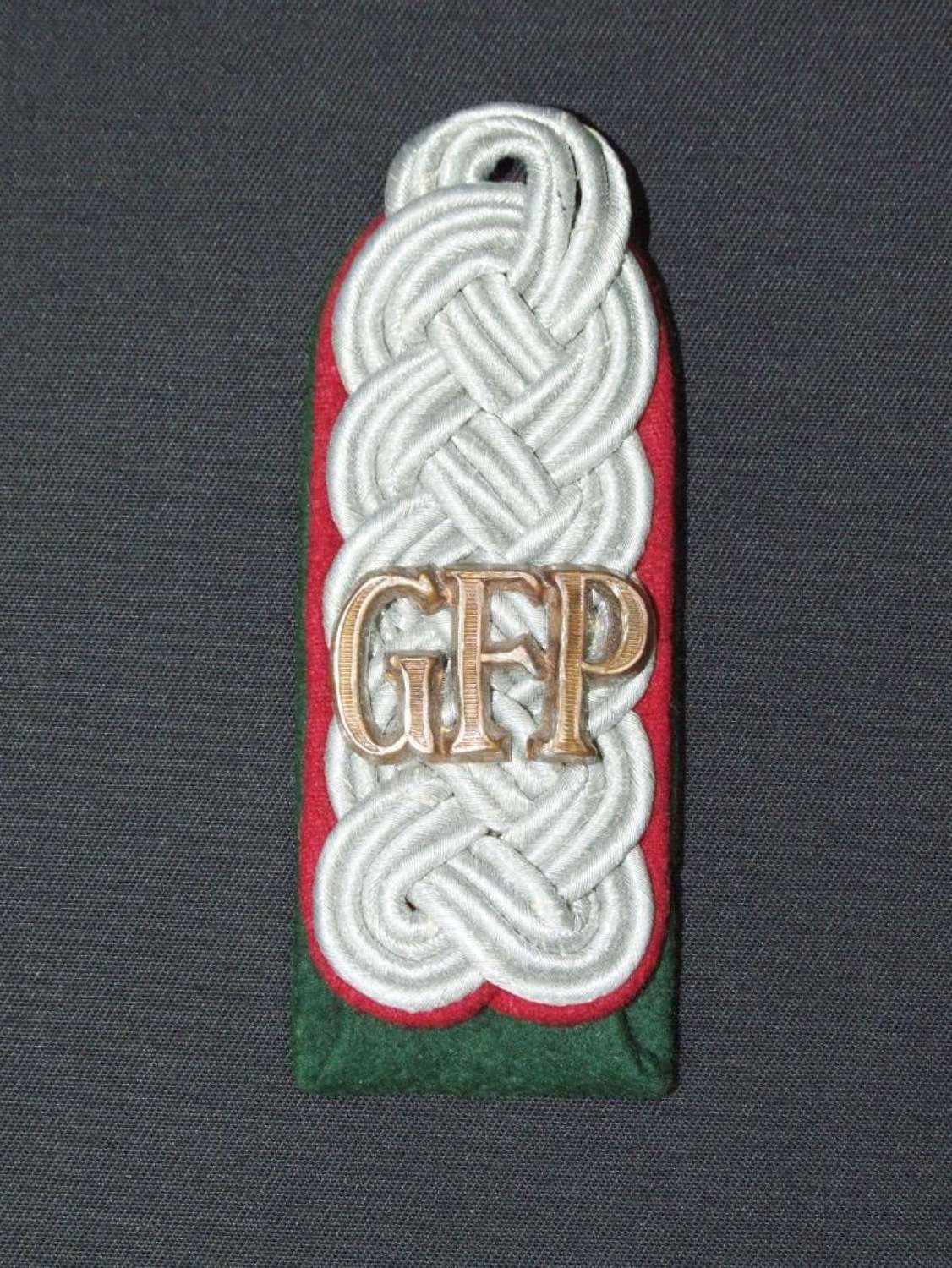 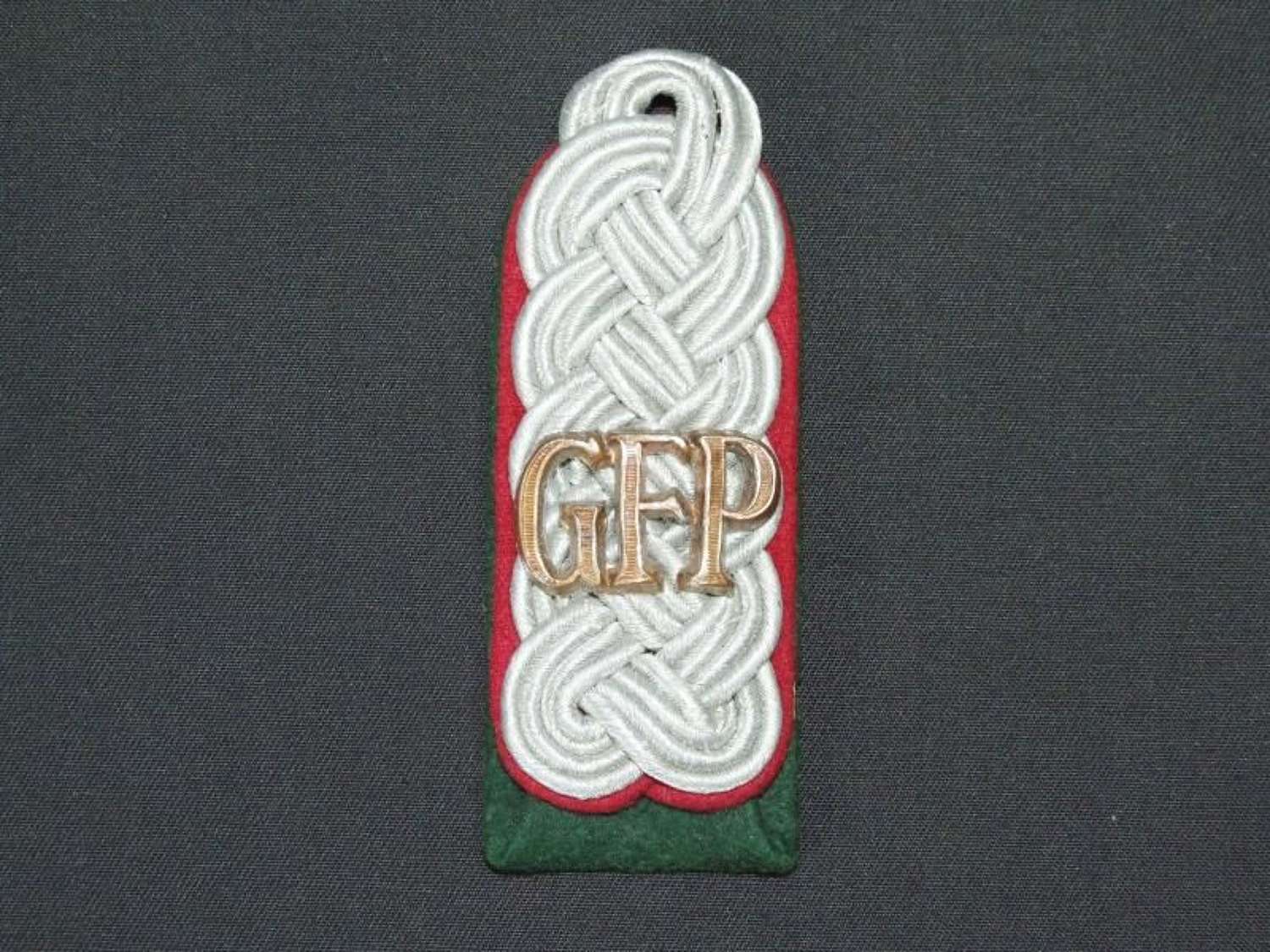 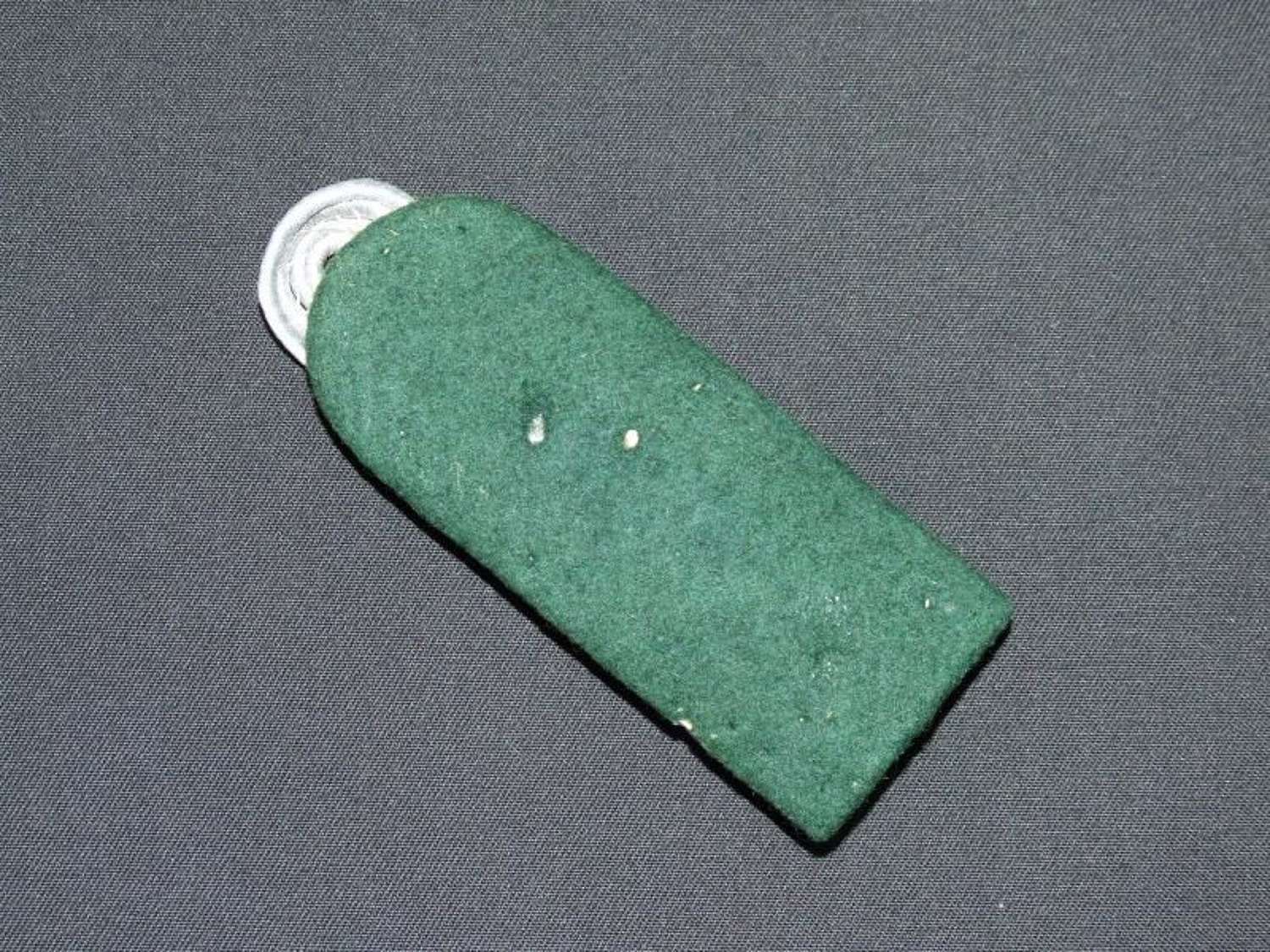 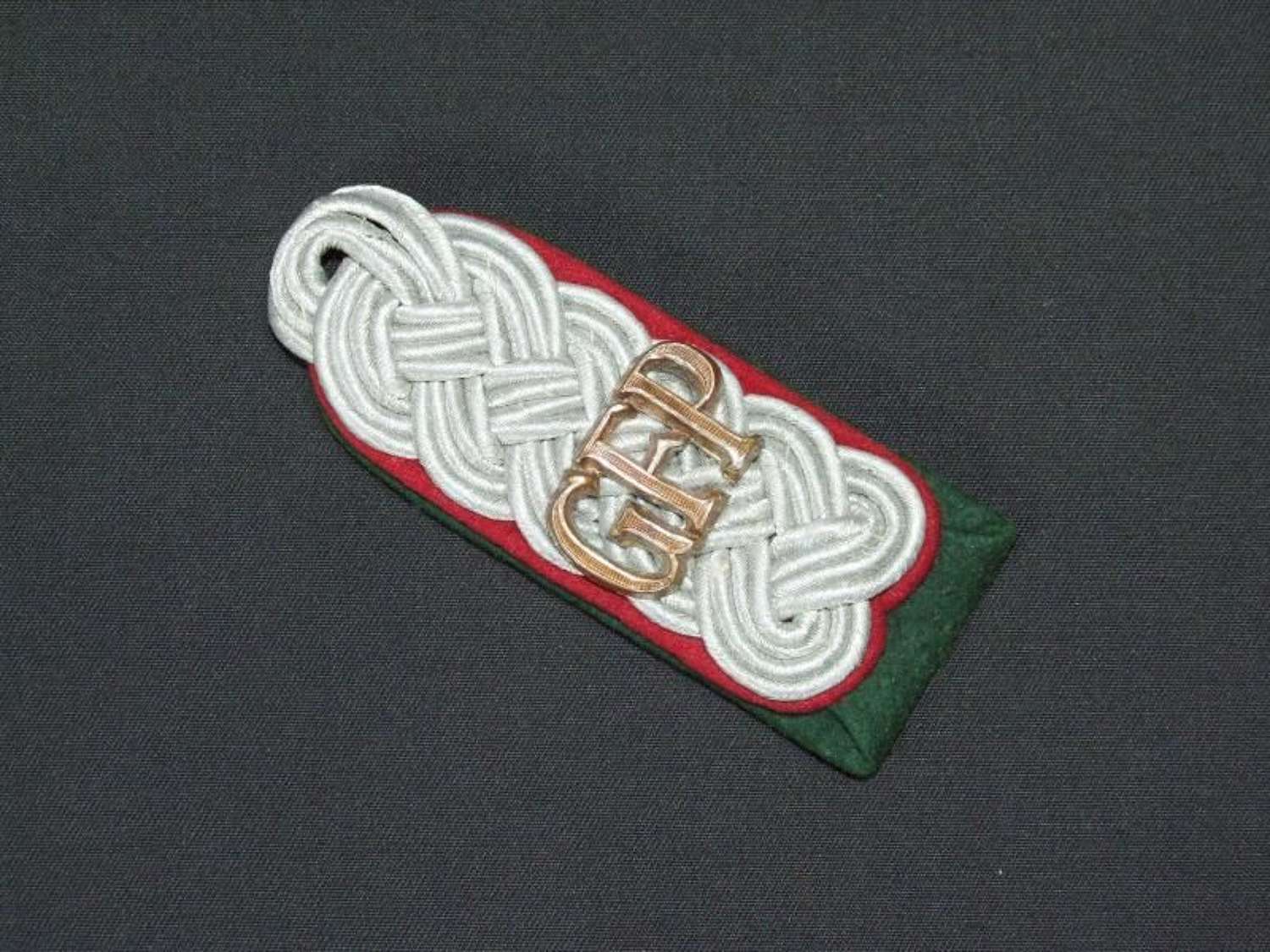 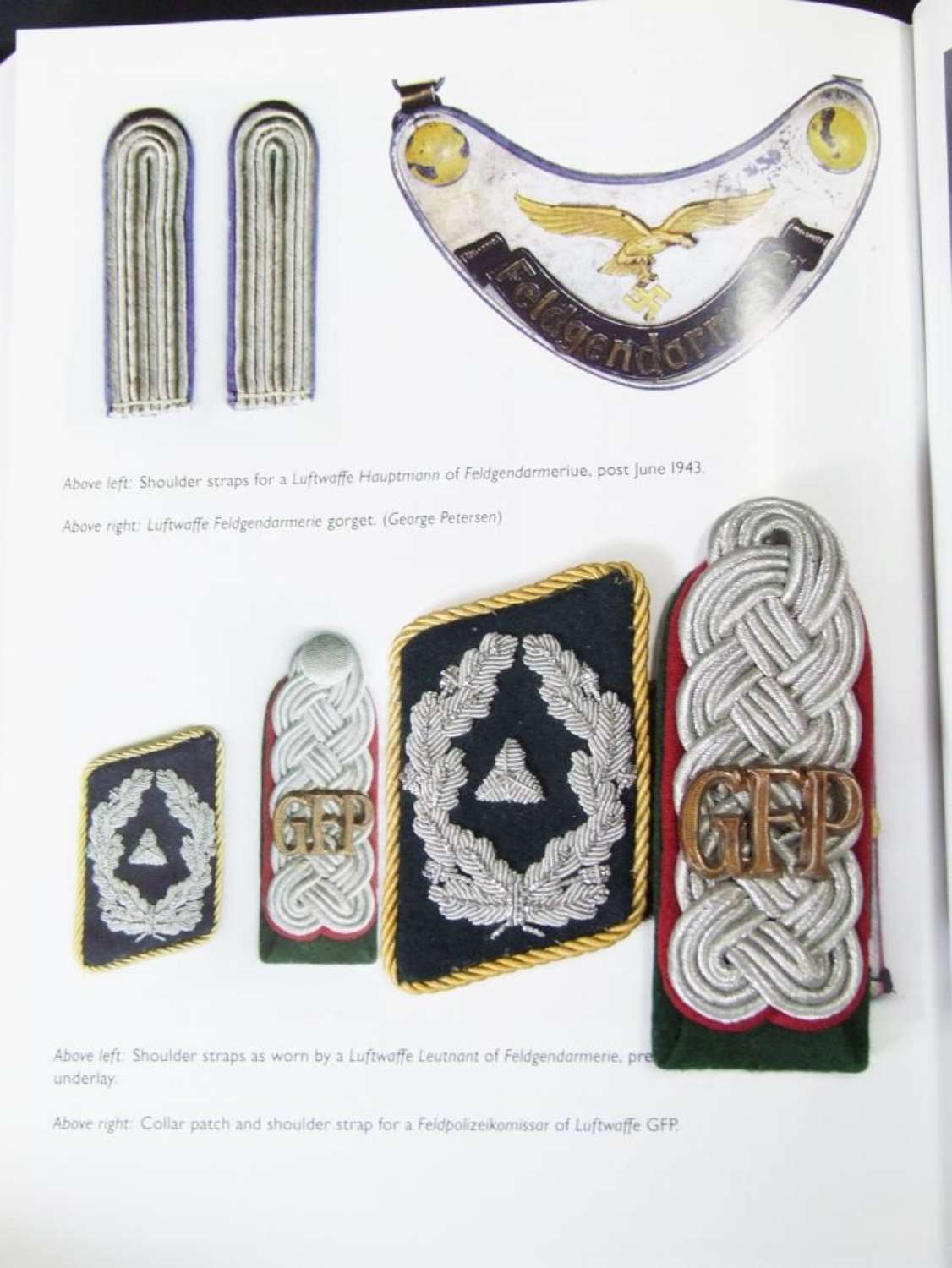 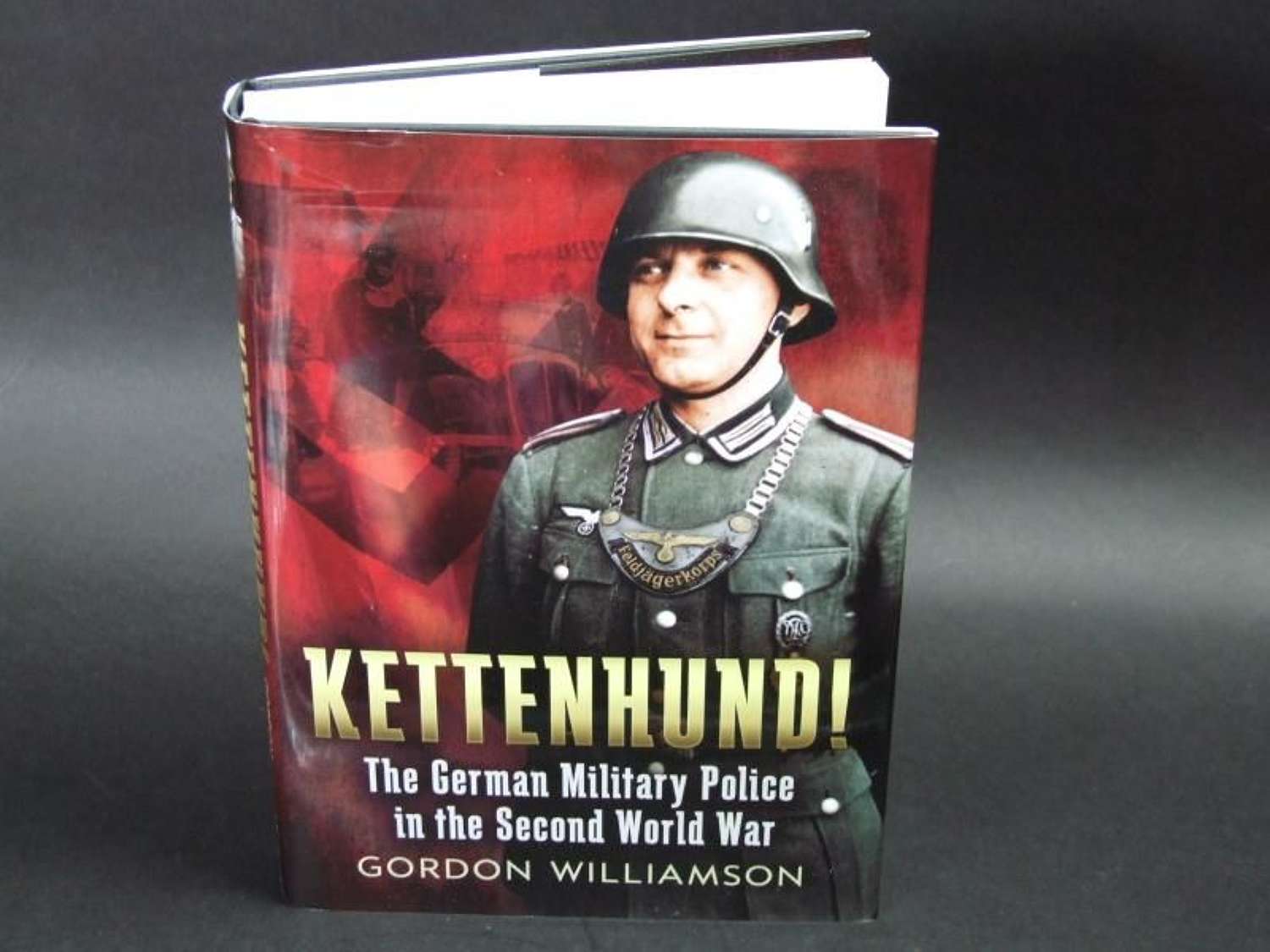