An impressive pair of theatre made Uniform Formation Signs for the British 12 th. Army
Hand embroidered on a red wool background with a blue horizontal rayon strip with off white border, the reverse finished with a khaki cloth. Very good undamaged condition
Formed in the Middle East as H.Q. Force 545 for planning operations in the Mediterranean, was disbanded from 1943/45. HQ was reactivated again in Burma on 28 May 1945, tasked with controlling operations of the Fourteenth Army in Burma and invasion of Malaya by amphibious assault. 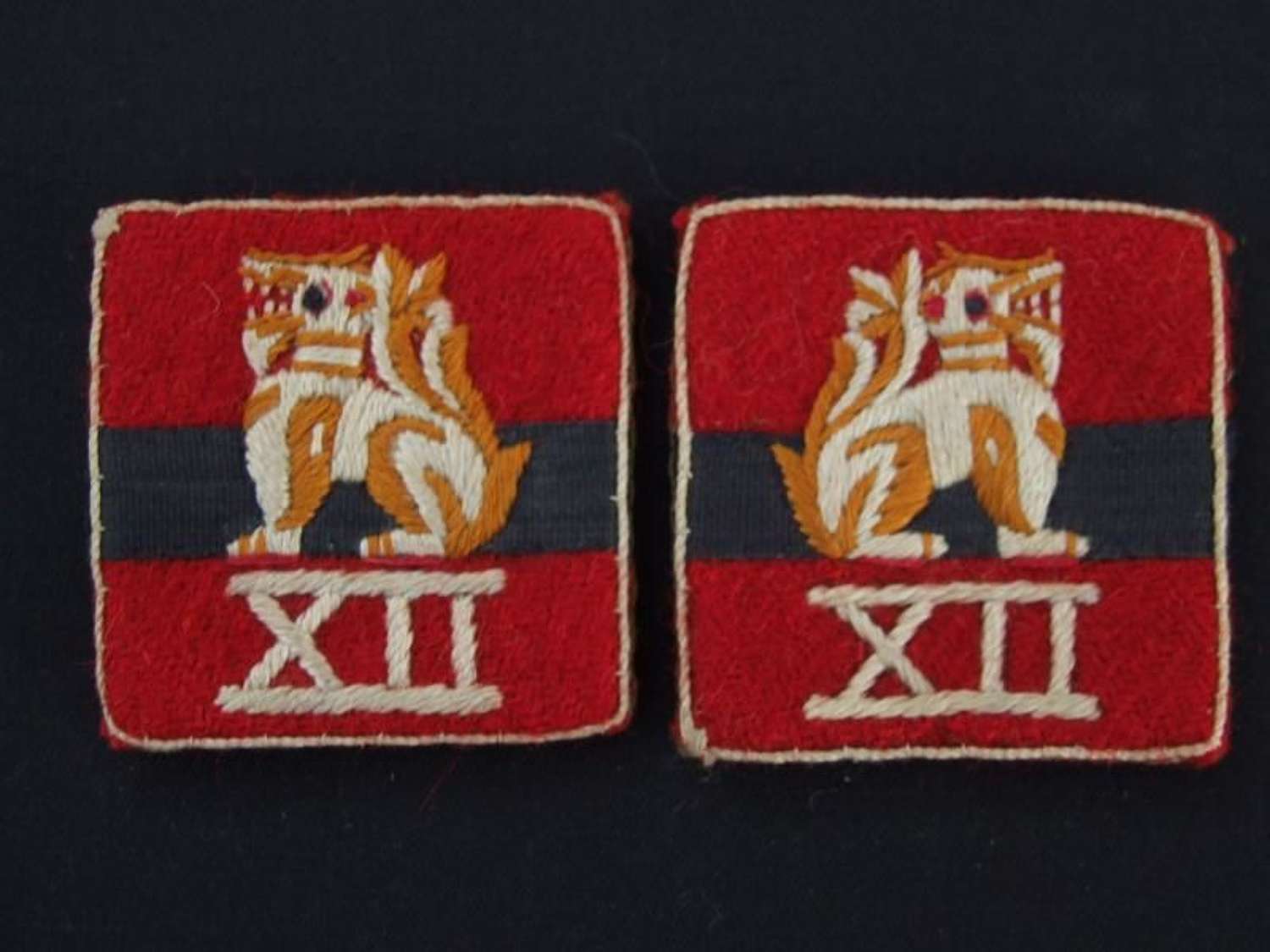 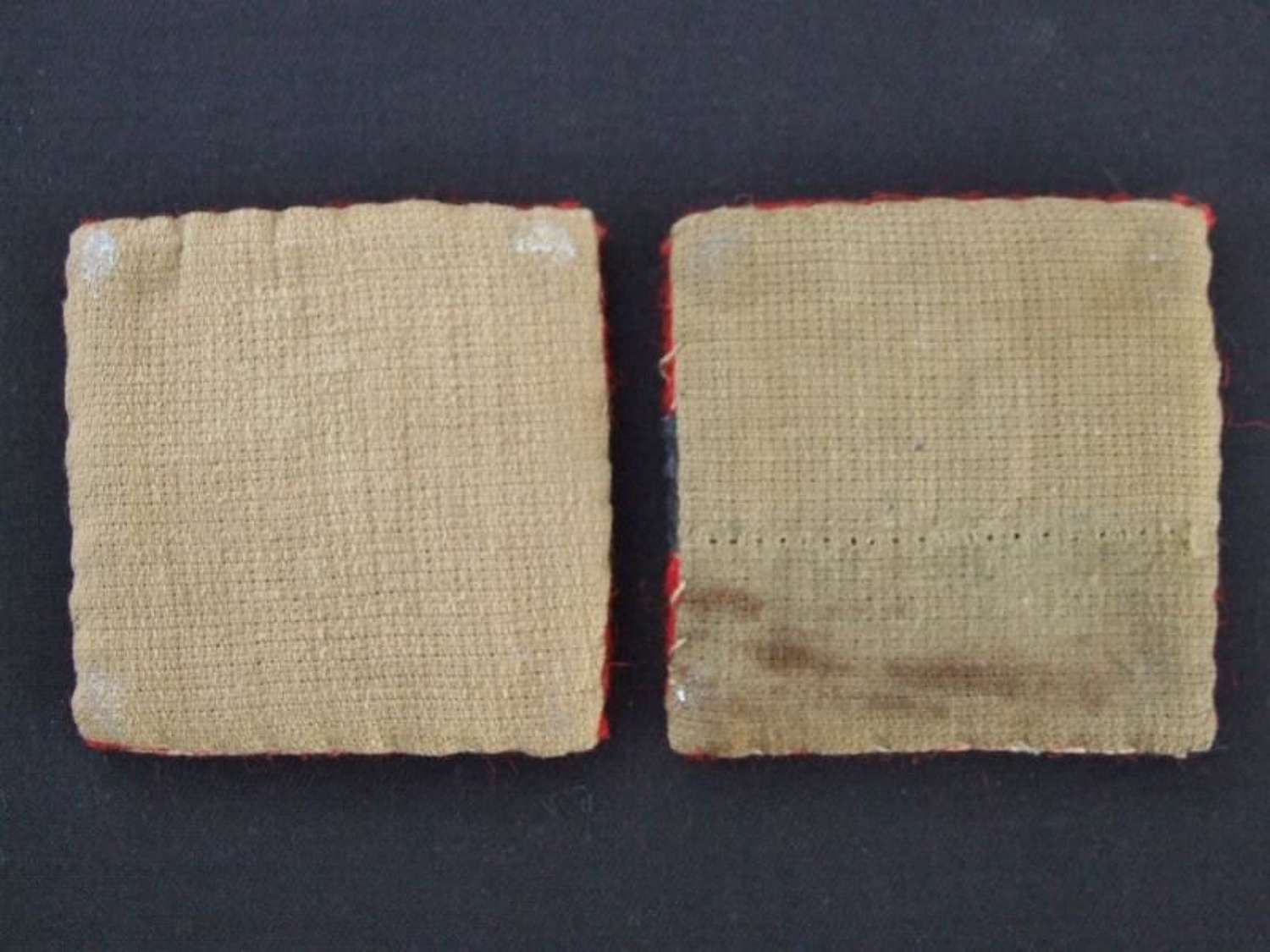