Worn on the left sleeve of uniformed or non-uniformed personnel and was worn only while the individual was performing the specific duty or function identified by the armband.
The "Wehrersatzdienststellen", (Military Recruiting Service Depot), armband was one of the armbands introduced with the Army Mobilization Order of March 12TH 1937 and was designed for wear by non-uniformed army recruiting personnel.
An impressive armband of a woven white cotton/rayon construction with a black, machine woven, Wehrmacht style eagle with down-swept wings to the obverse centre.
Some surface stains which I do believe may wash off and with the residue three stickers to the reverse from display. 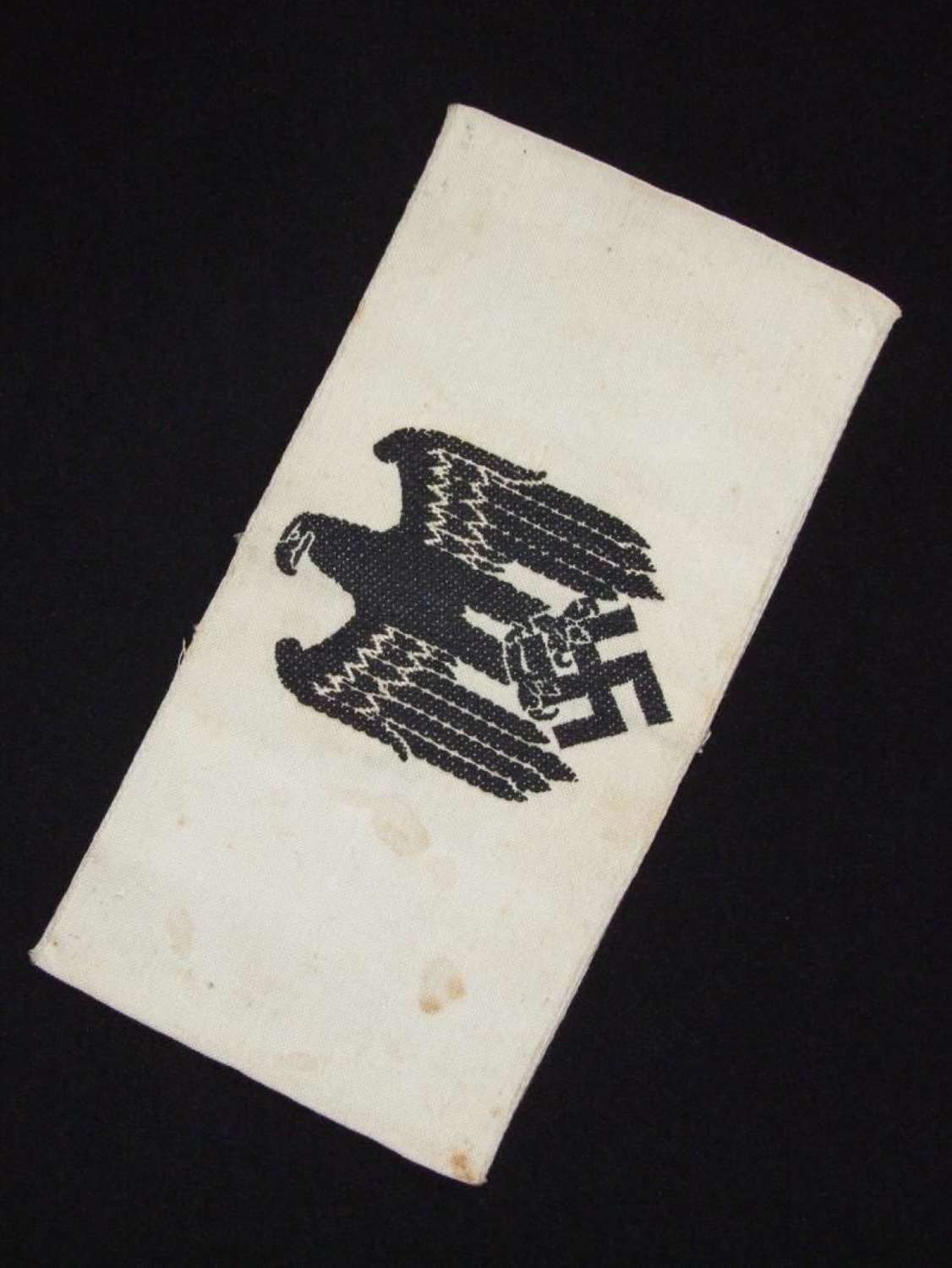 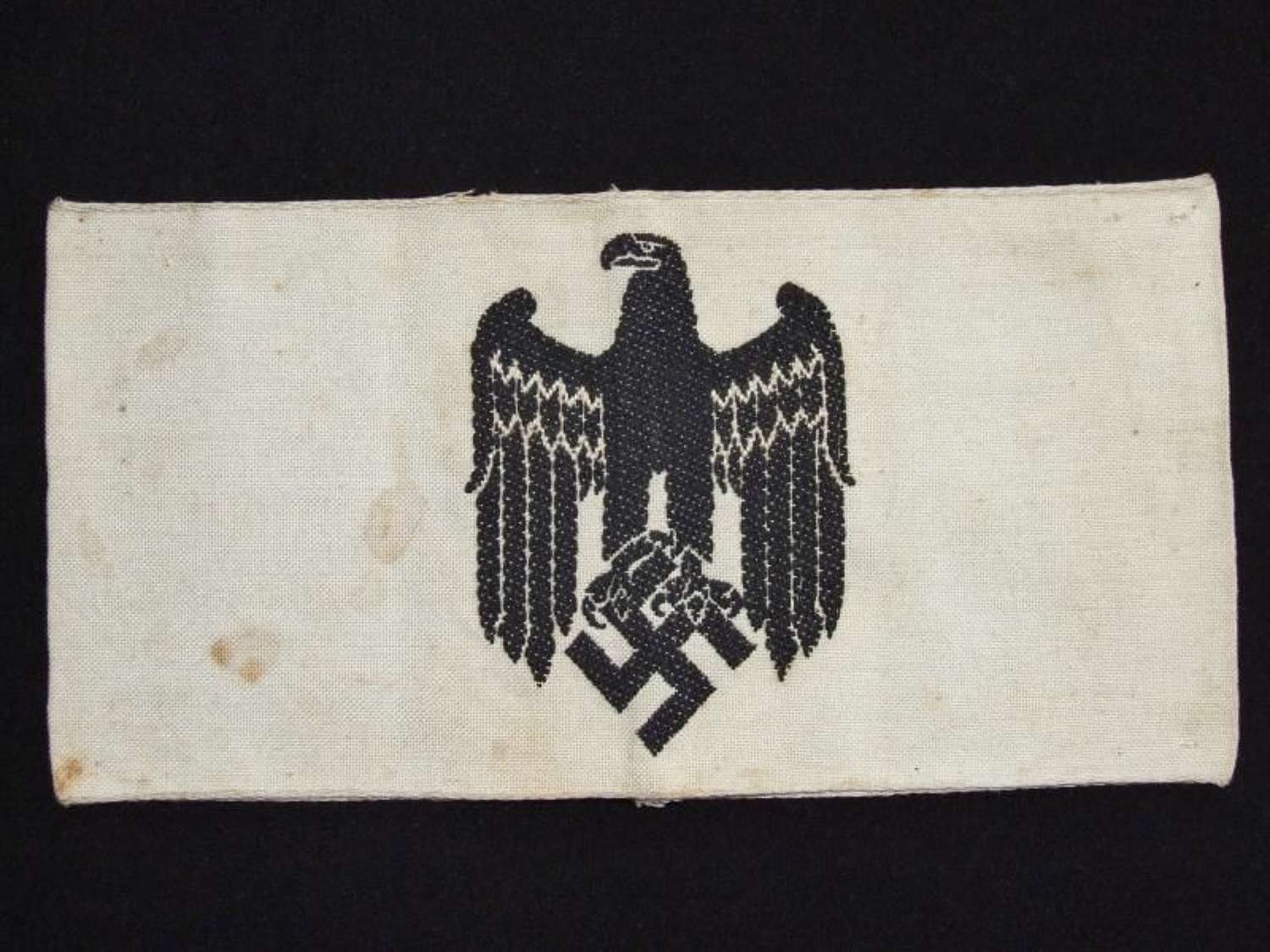 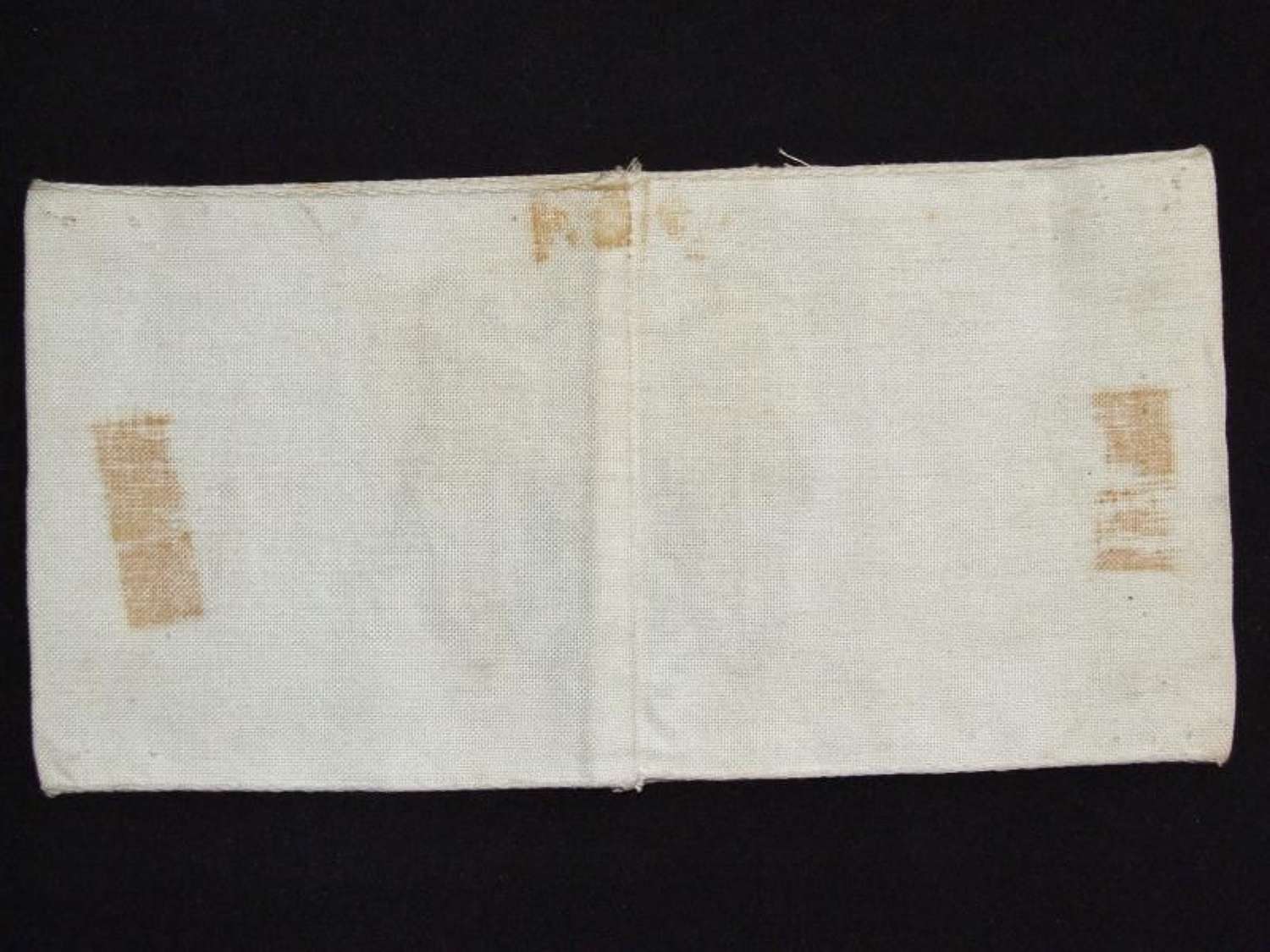 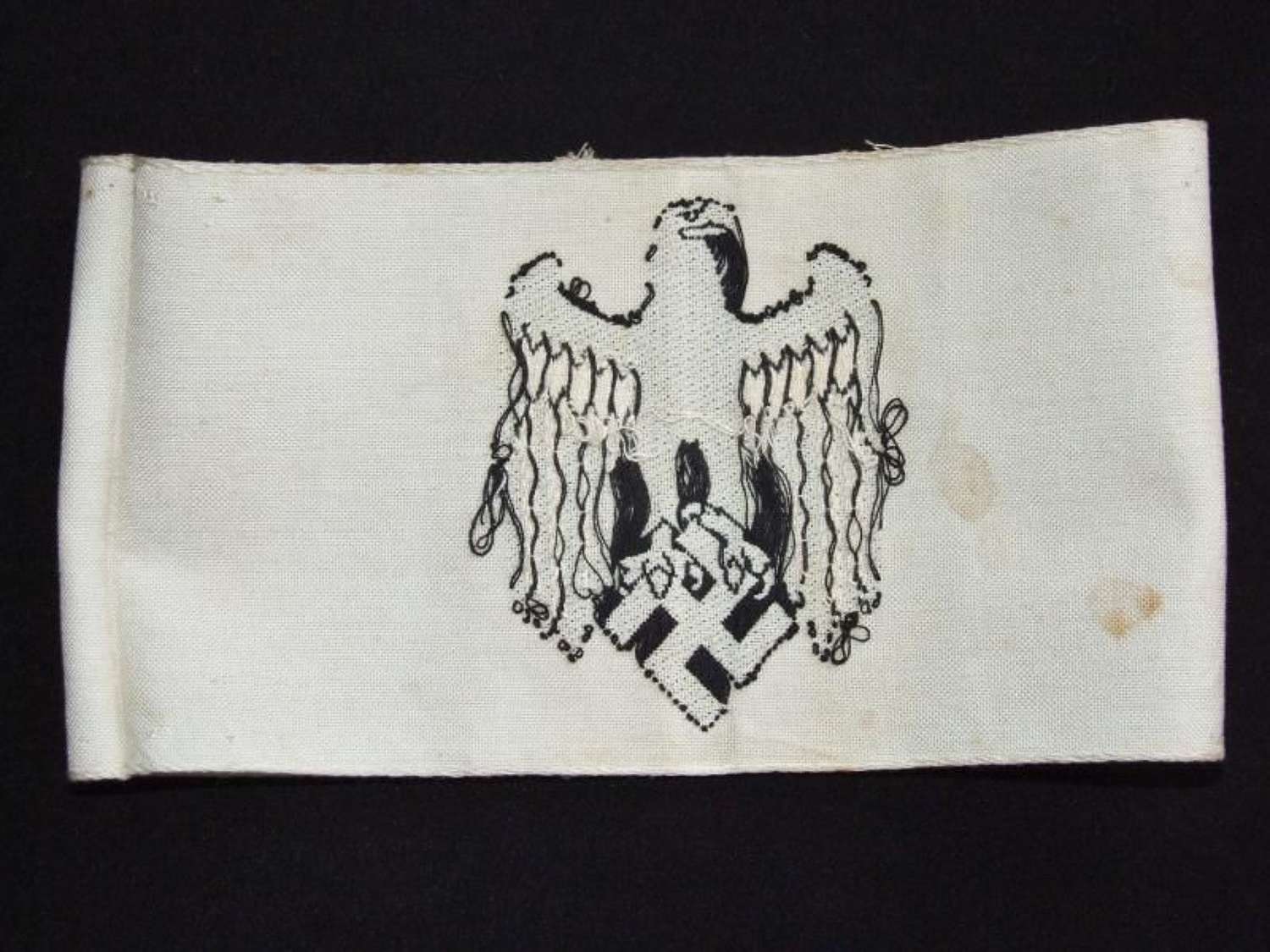