A Collection of Paperwork to a Fallschirmjager Casualty.

A poignant collection of Paperwork relating to Fallschirmjager Wolfgang Graul who was killed in action near Florence on September 14th 1944.
The collection comprises:
His original Fallschirmschjager Abzeichen Certificate for the award of the Fallschirmjager Badge, having completed his training at the Parachute Training School.
The Certificate is in very good unfolded condition and is signed by the Commanding General of 1 Fallschirmkorps Alfred Schlemm. Dated 1 October 1944 it was apparently issued after his death and documents the desperate need for troops in Italy at that time, Graul having presumably gone from training school to the front immediately. Less than three weeks after leaving the training school he was to be killed.
A Letter from Luftwaffe Oblt. Alfred Kuhnke, a Flak Commander, dated 29 September 1944 and sent to the familiesâ€™ local Burgermeister for relay to the family. It informs them of their son Wolfgang's death during heavy defensive fighting in Northern Florence and says "We buried him at Futa Pass". Futa Pass is in the hills at the end of the then Gothic Line and is now the biggest German War Cemetery in Italy. It contains approximately 30,800 German casualties and I assume Wolfgang Graul remains interned there.
The letter is signed by the Burgermeister and confirms it is an exact copy of the details sent by Oblt. Kuhnke. It is dated 21st October 1944.
The final part of the collection is a black bordered death letter signed by the Operations Manager of the Metal Wholesaler Otto Wolff in Leipzig to their employee, the Cooper Master Alfred Graul, offering their regrets. The letter is dated 27th October and it is interesting to note that apparently employers carried stocks of death letters.
A very good collection of paperwork to a Fallschirmjager casualty. 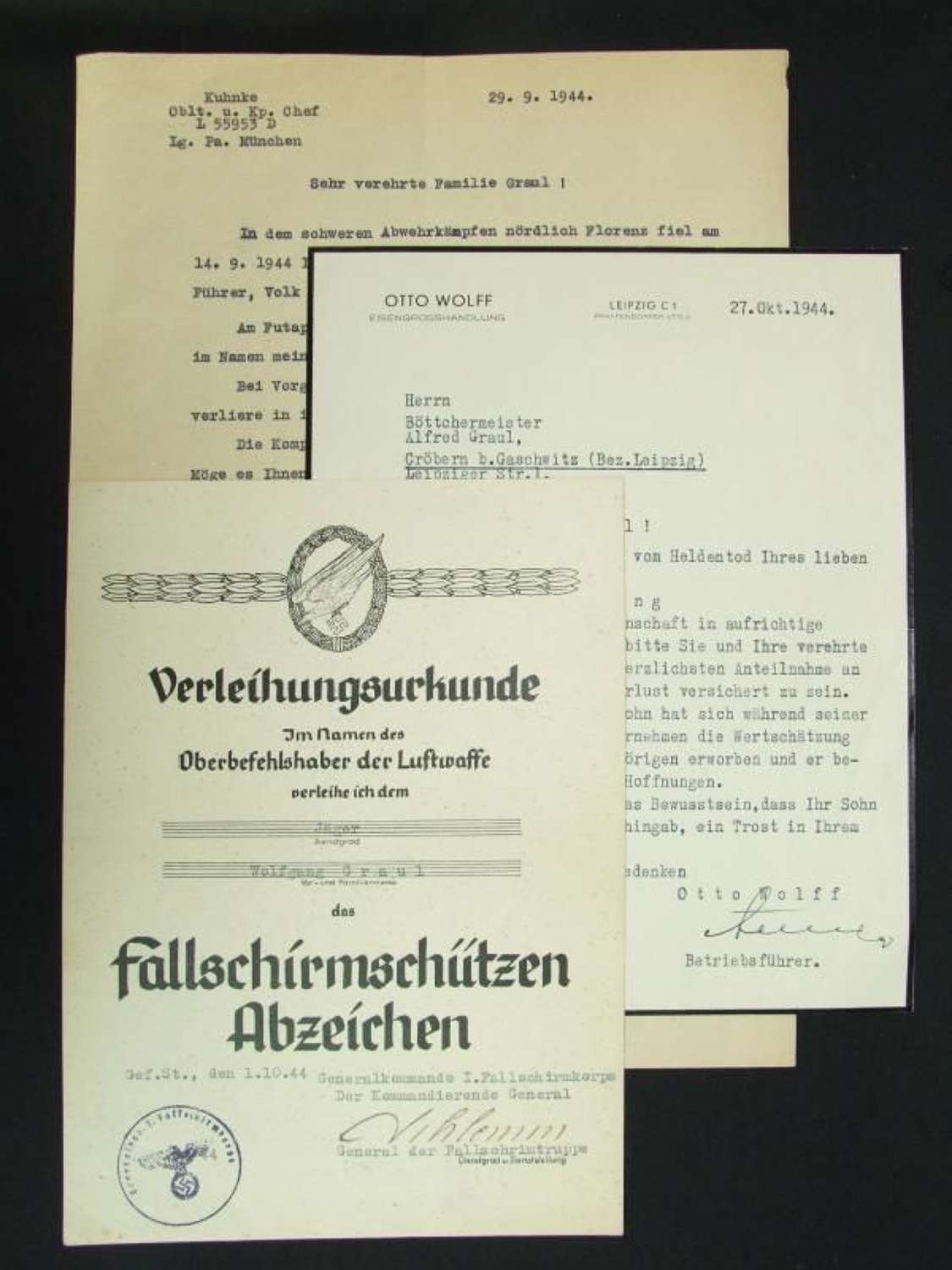 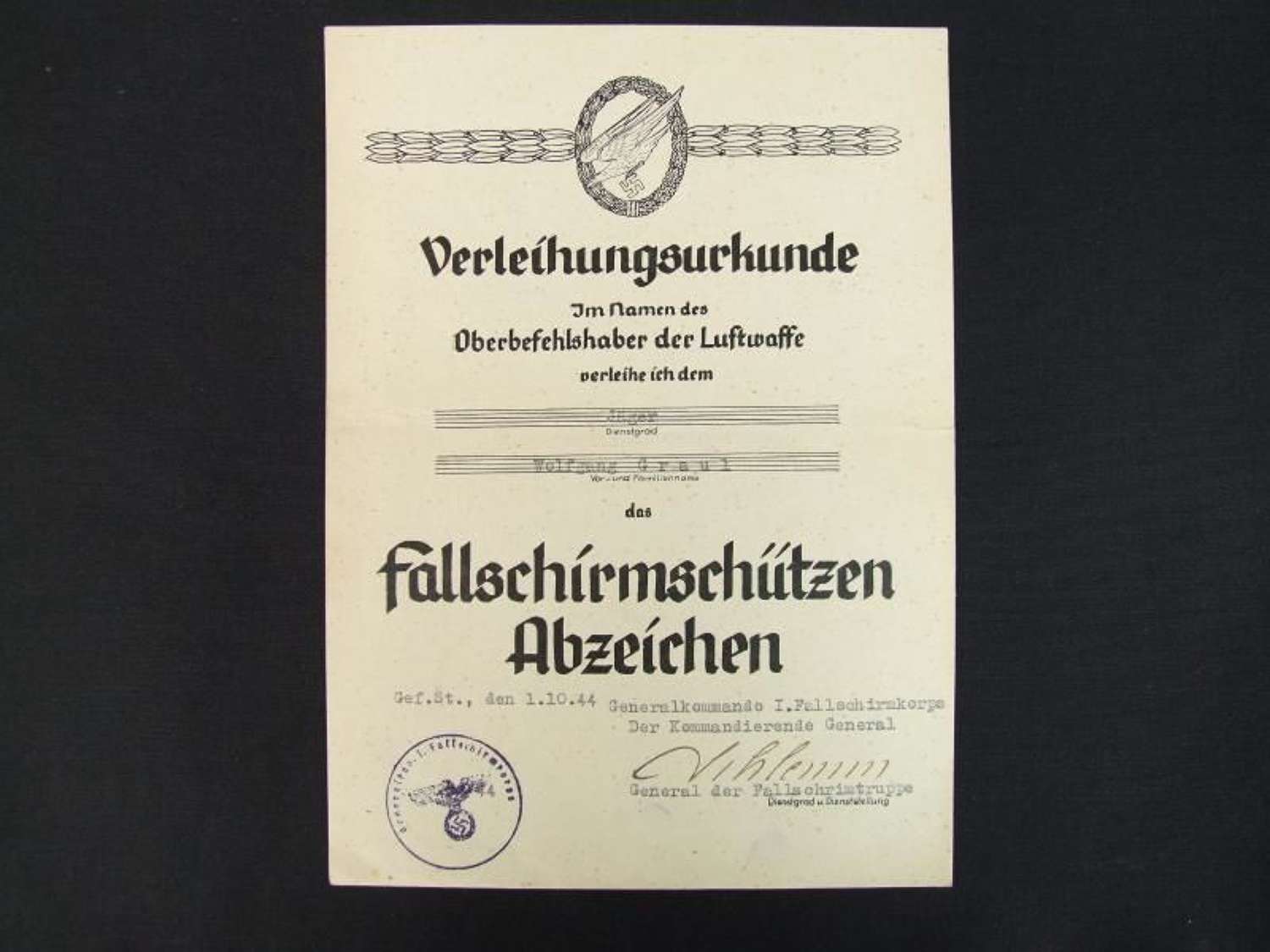 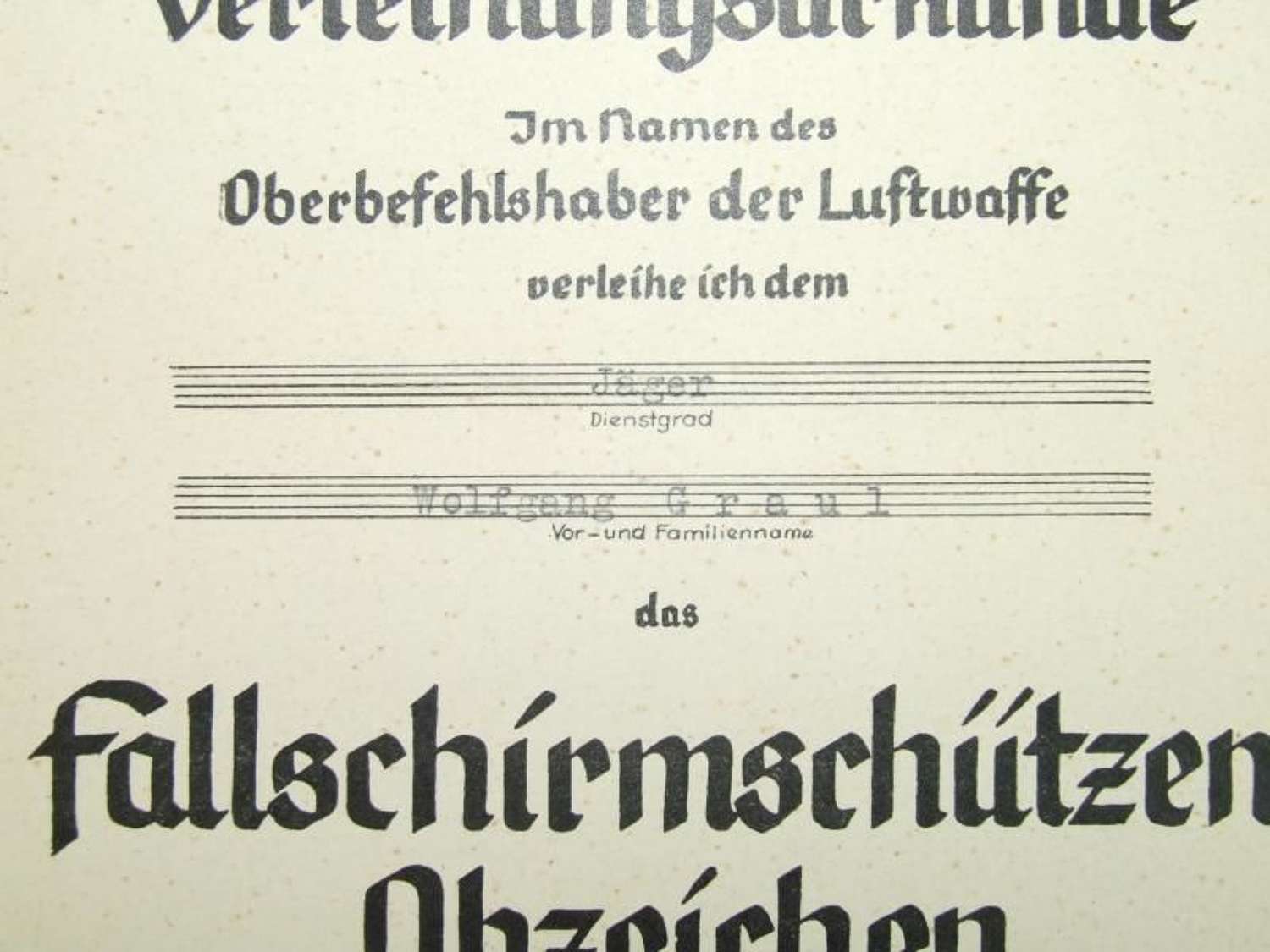 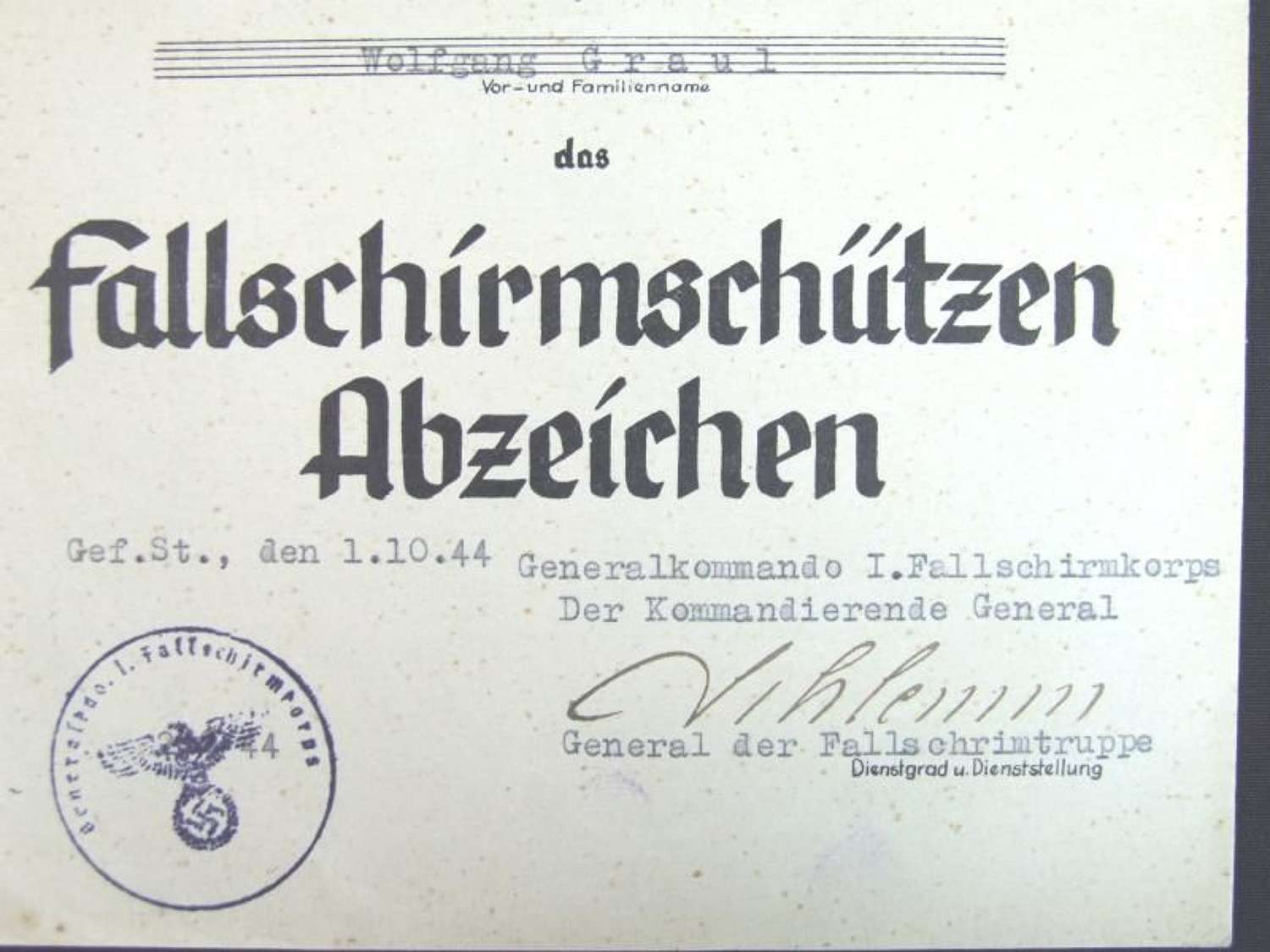 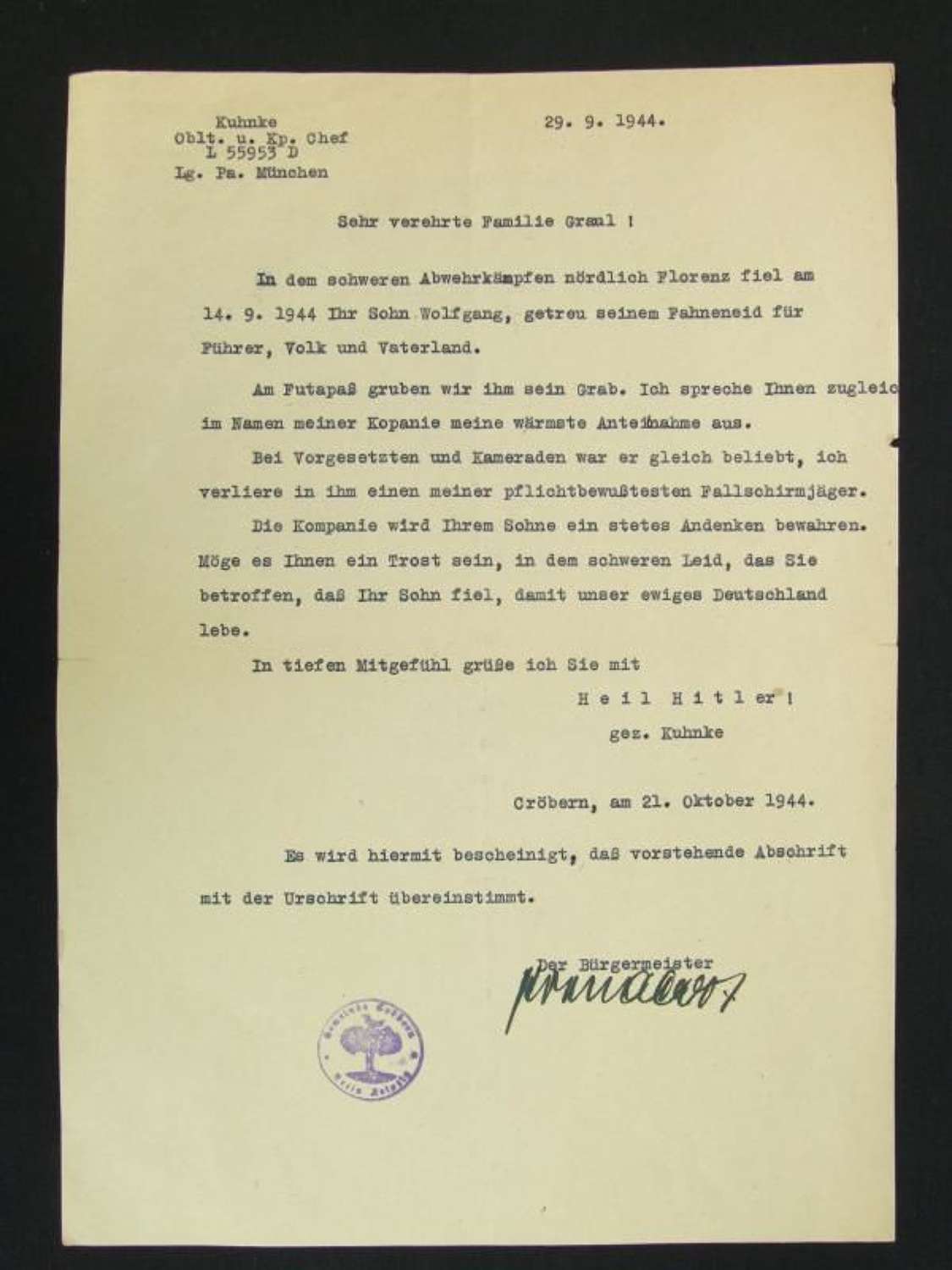 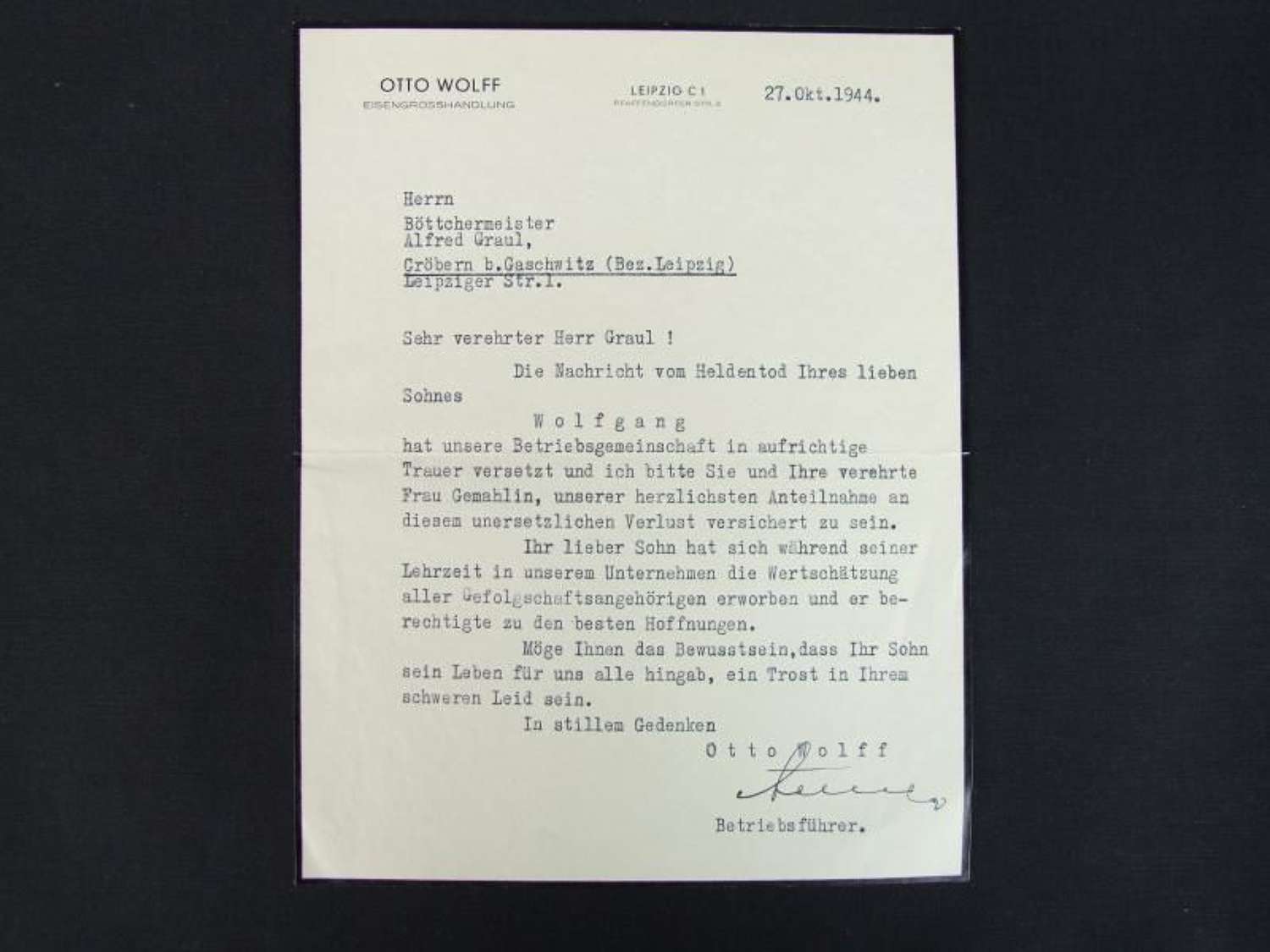 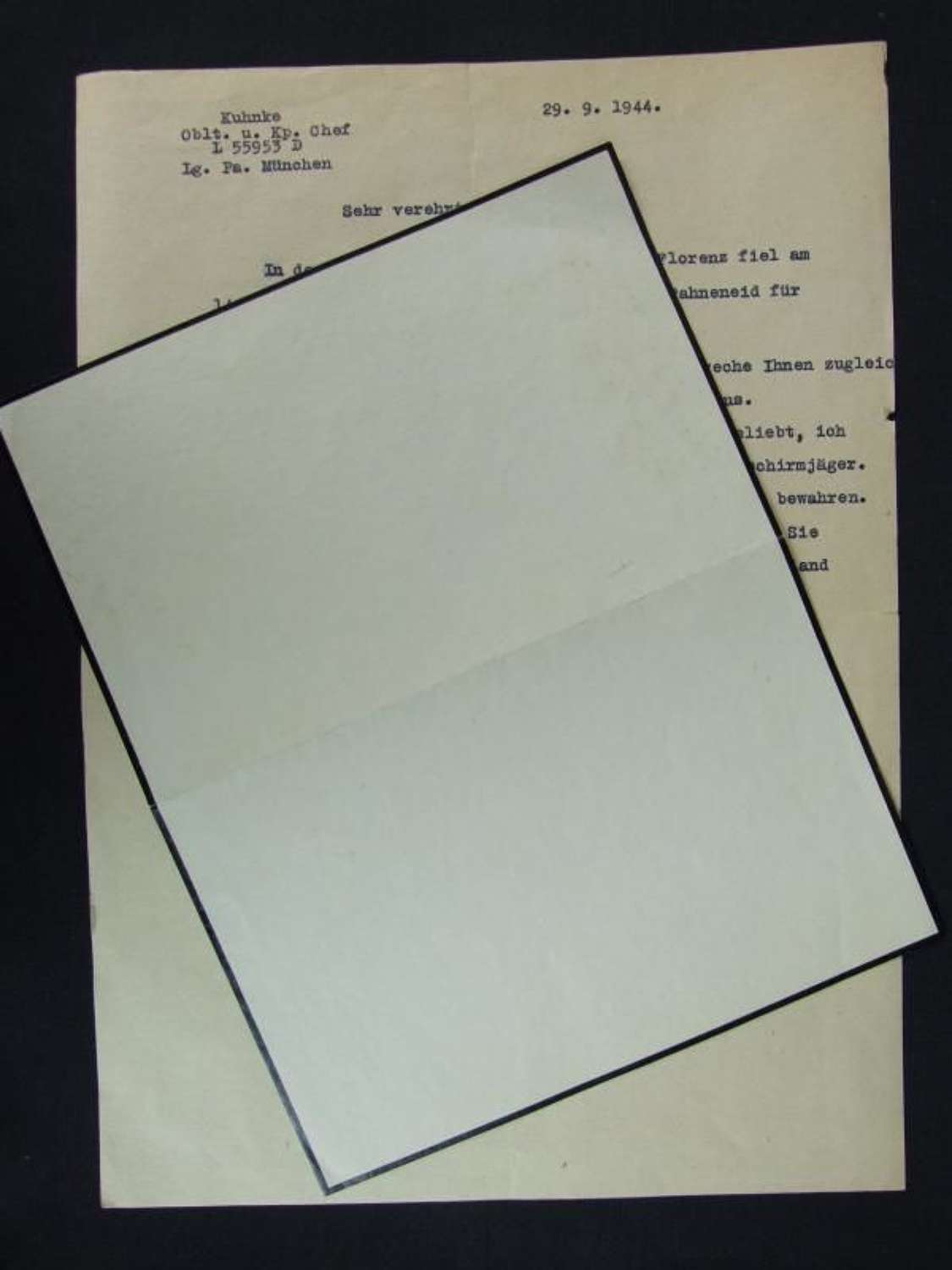