A coloured Propaganda Postcard sold during a fund raising drive and portraying what was purported to be the capture of 6 British Generals by a single Afrika Korps soldier on a motorbike on 6th April 1941.
Near the end of March, General Oâ€™Connor was replaced by Lt. Gen. Sir Philip Neame as commander of the Western Desert Force. The magnitude of the German attack became apparent when the British were forced out of Benghazi on April 3. Oâ€™Connor was sent back to the front as an adviser to Neame, however both were captured by the Germans from their unescorted staff car on the night of April 6 and this is no doubt the event depicted here in exaggerated terms.
Very good unused condition 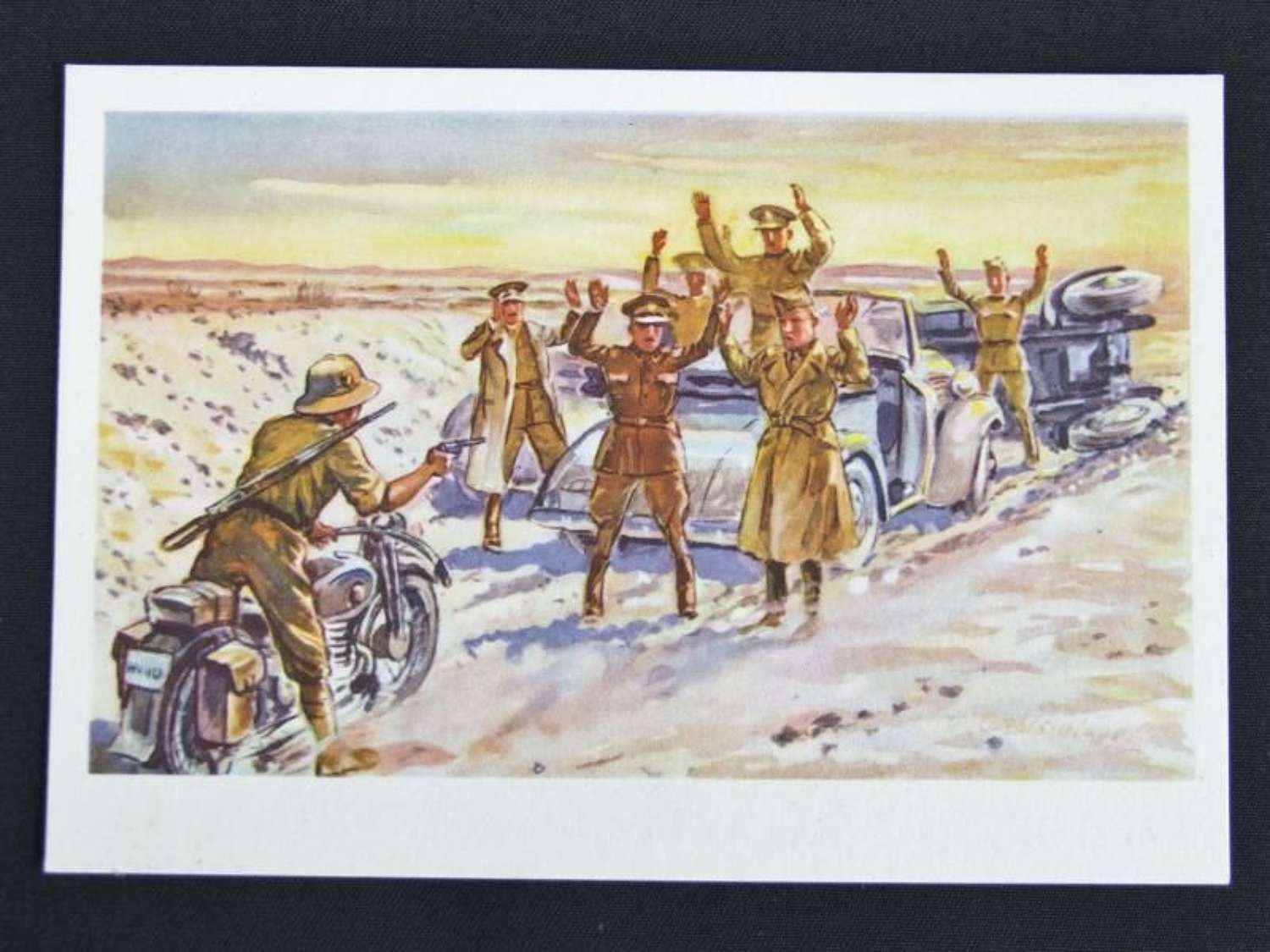 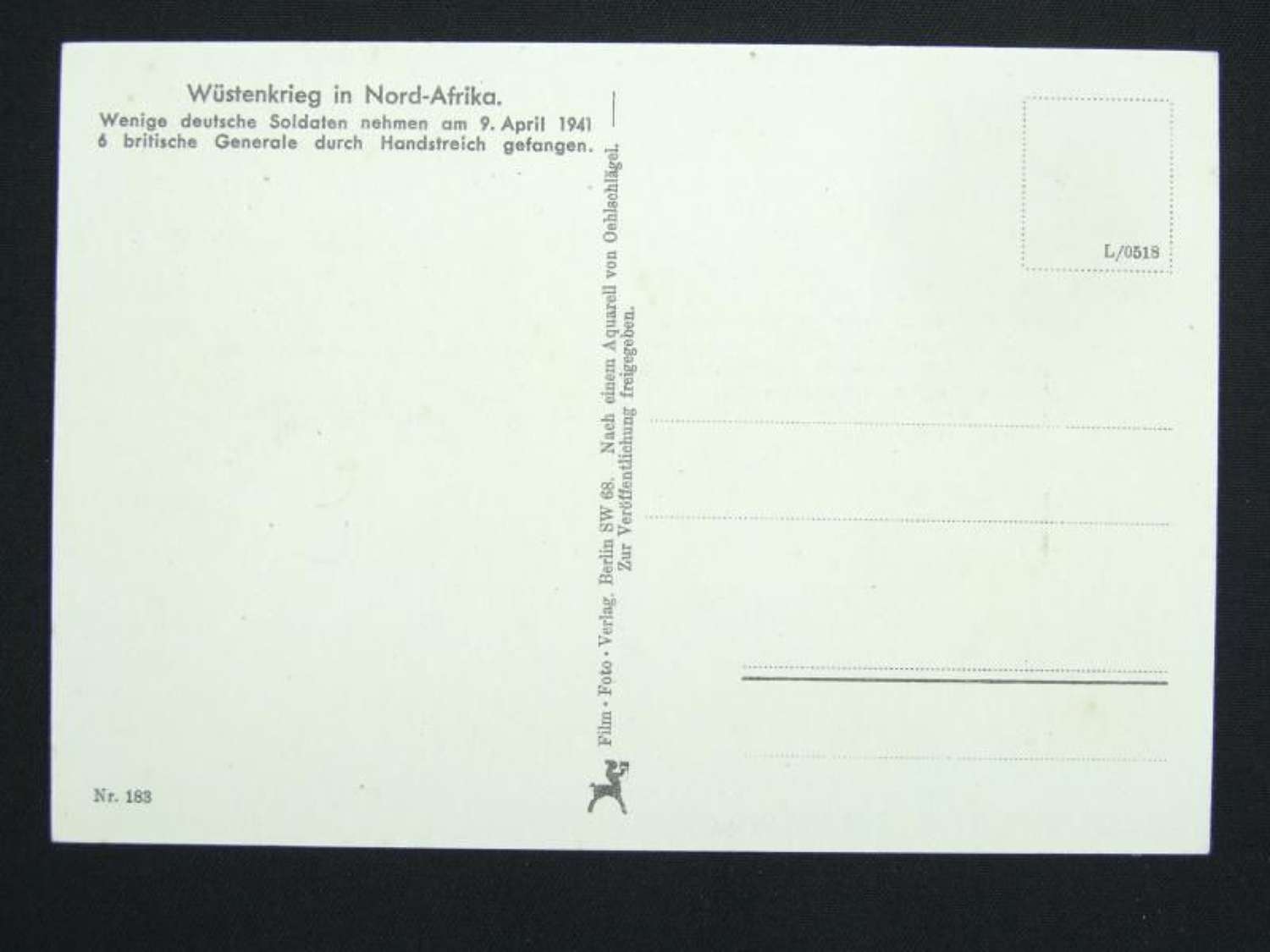