A good example of the rare and so called â€œFull ground SS RÃ¶hm Daggerâ€ by Gottlieb Hammesfahr.
After the "Night of the Long Knives" Adolf Hitler branded Ernst RÃ¶hm a traitor and ordered his name and anything associated with him to be destroyed. Rather than purchase new daggers many SS, and SA men simply had the dedication bearing RÃ¶hm's name ground from the daggerâ€™s blade. This is just such an example and clearly dates to it before June 1934, the Night of the Long Knives or the RÃ¶hm Purge, taking place between June 30 and July 2, 1934.
Adolf Hitler, urged on by Hermann GÃ¶ring and Heinrich Himmler, ordered a series of political executions intended to consolidate his power and alleviate the concerns of the German military about the role of Ernst RÃ¶hm and the Sturmabteilung (SA)
Nazi propaganda presented the murders as a preventive measure against an alleged imminent coup by the SA under RÃ¶hm â€“ the so-called RÃ¶hm Putsch.
This Dagger itself is in good condition. The cross guards top and bottom are of nickel, the ebony grip with a nickel eagle and Swastika and SS enameled button both without damage.
As with most early SS Daggers the grip shows bruising and some surface cracks but no obvious repairs. there is however evidence of what appears to be a lacquer having been applied.
The plated blade features the acid etched SS motto "Meine Ehre HeiÃŸt Treue" with good darkening, on the obverse. To the reverse the makerâ€™s logo remains clear with the grinding marks obvious from below the logo down to the tip which is slightly rounded as a result. There is no additional damage
The reverse of the lower cross guard is marked with the district numeral "I" for MÃ¼nchen
The scabbard has nickel mounts top and bottom with slight flattening of the ball tip but with no further damage to scabbard itself which appears however to have been, perhaps period, repainted. 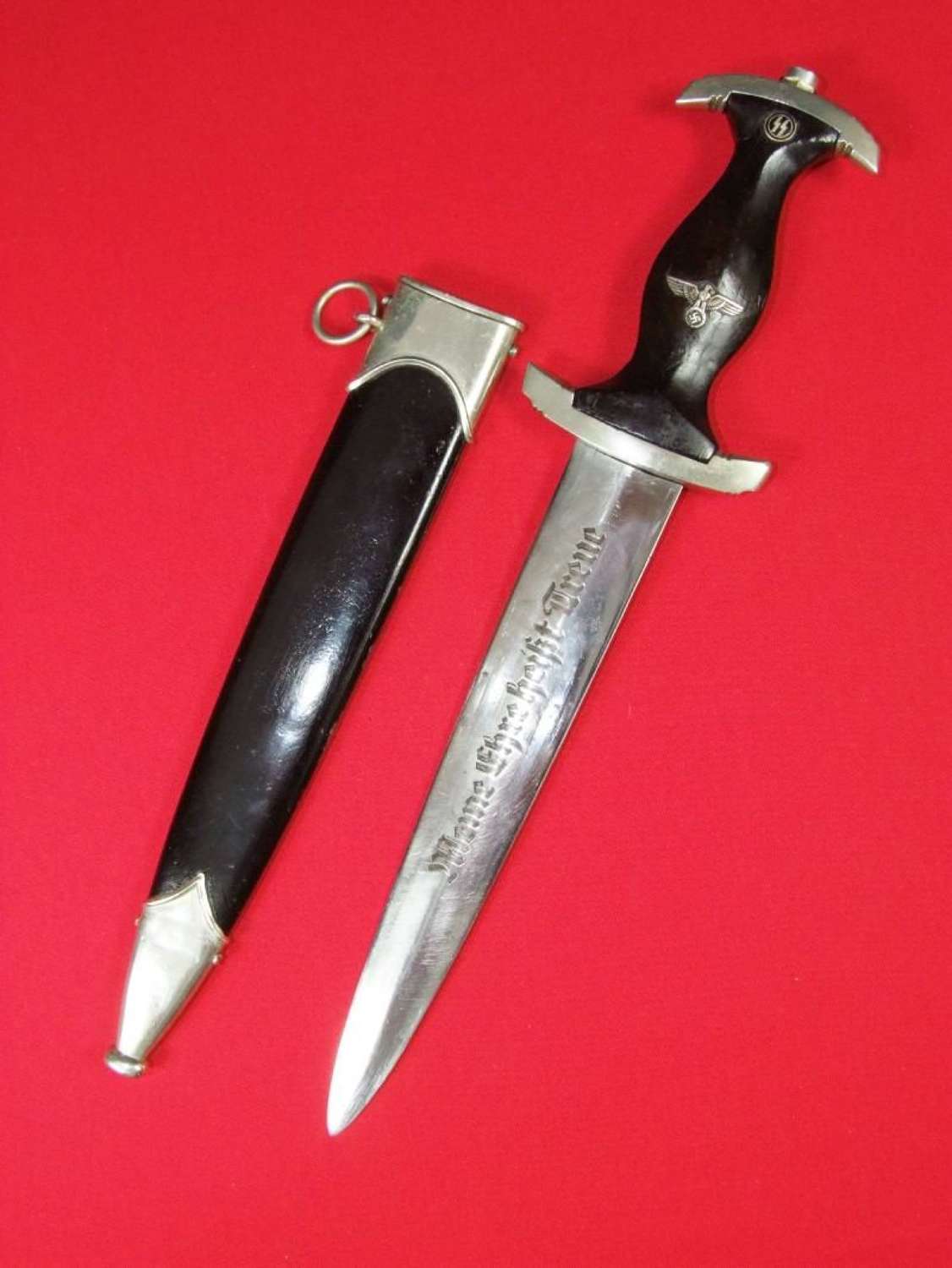 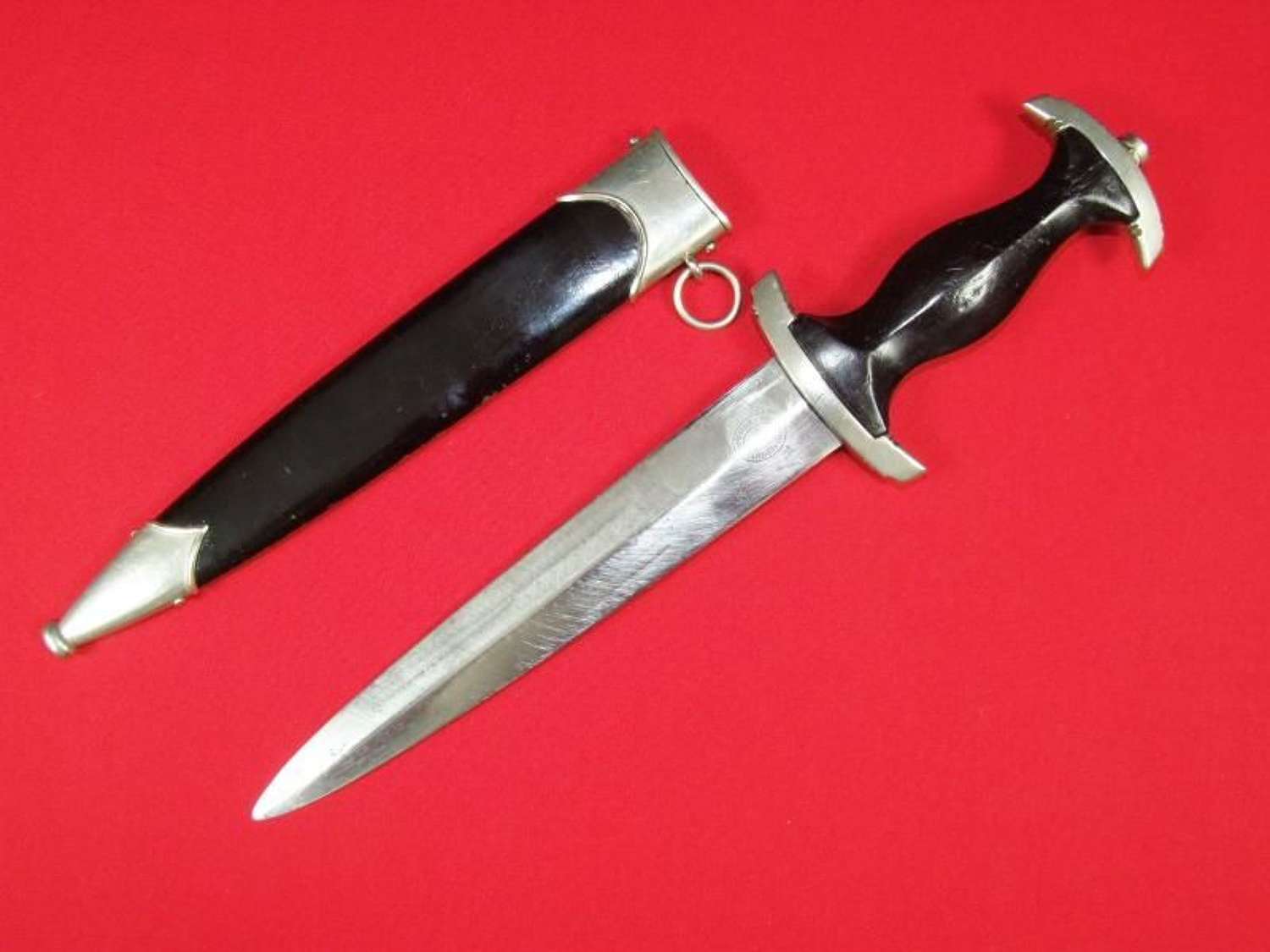 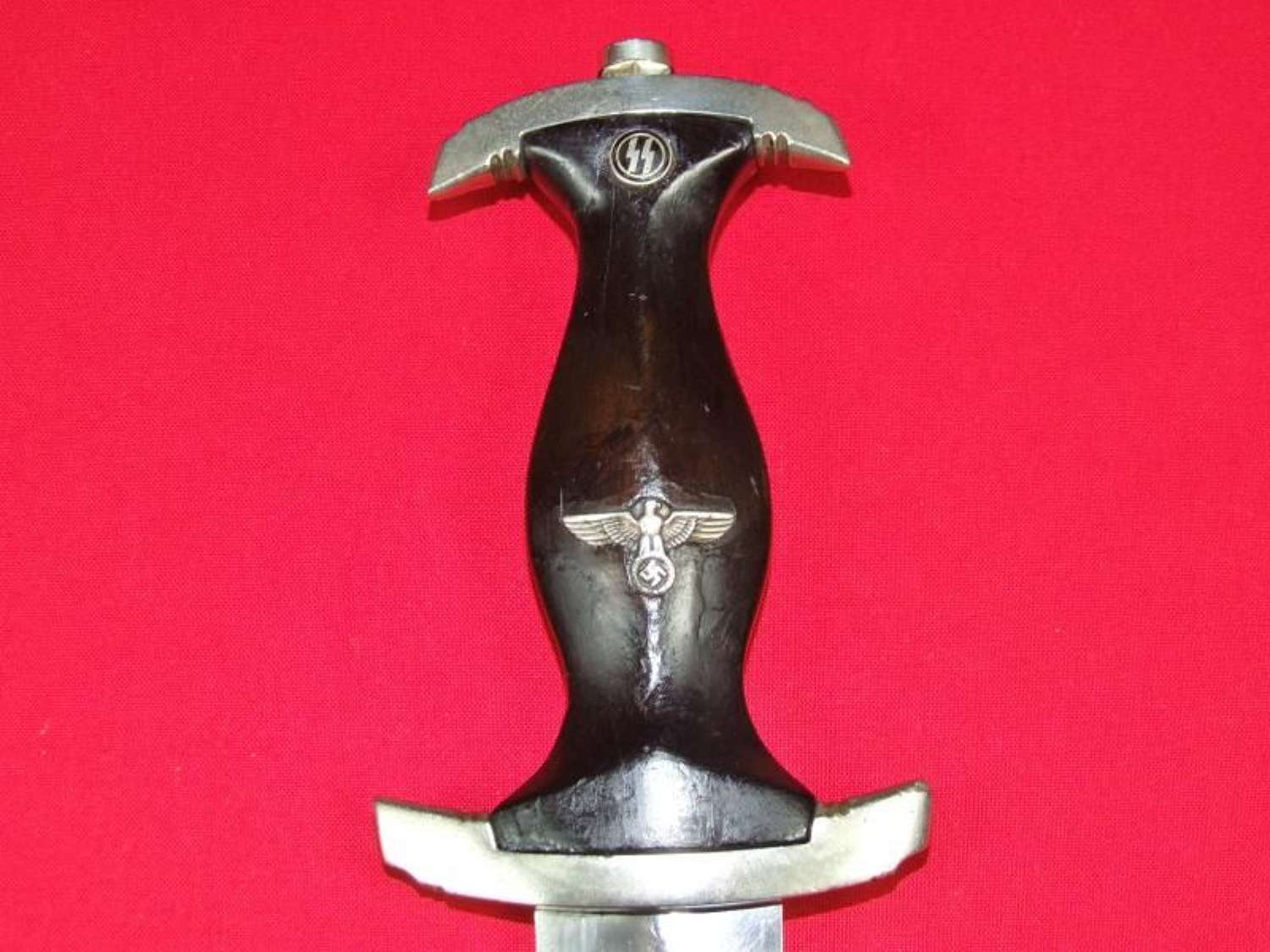 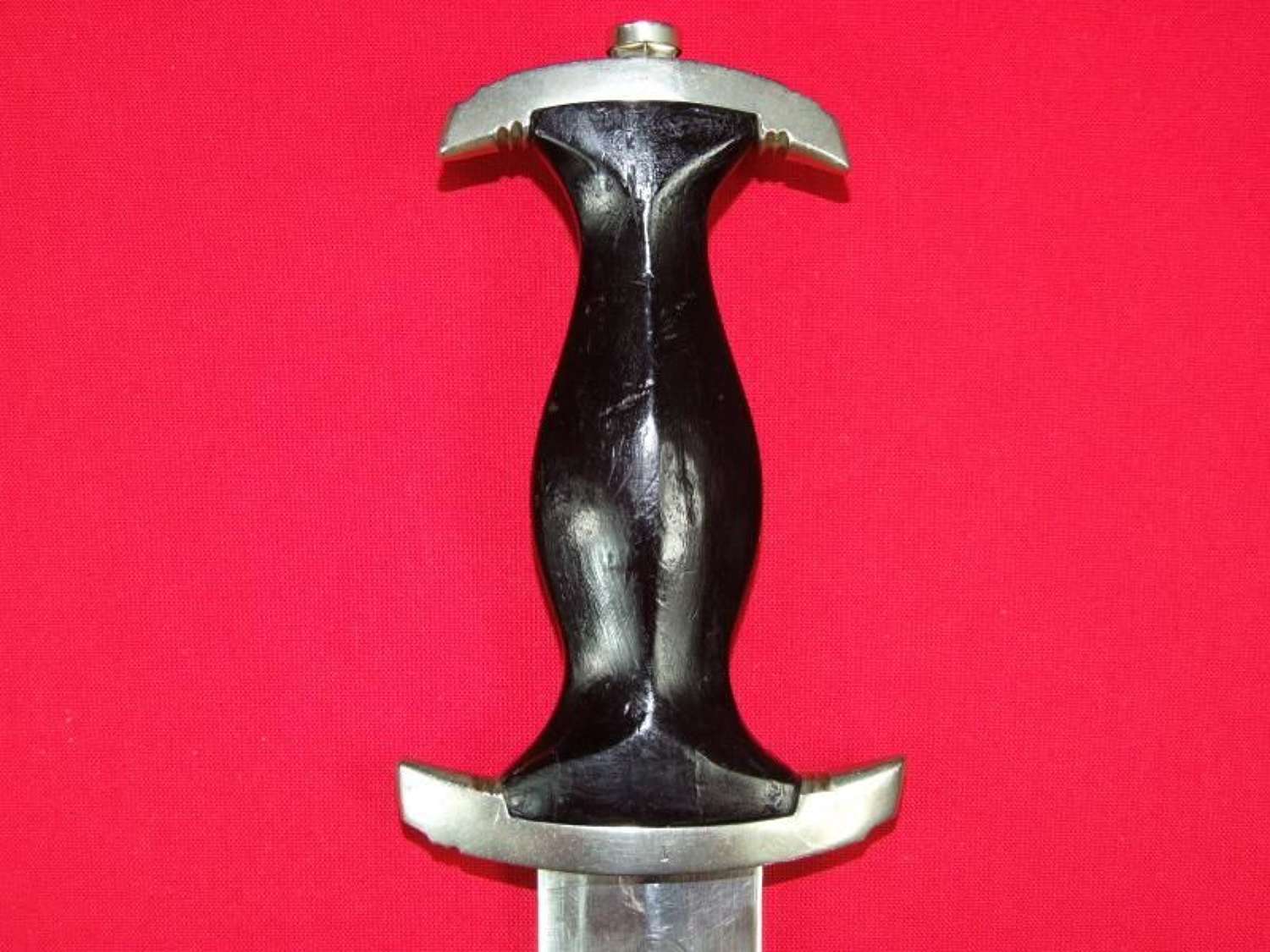 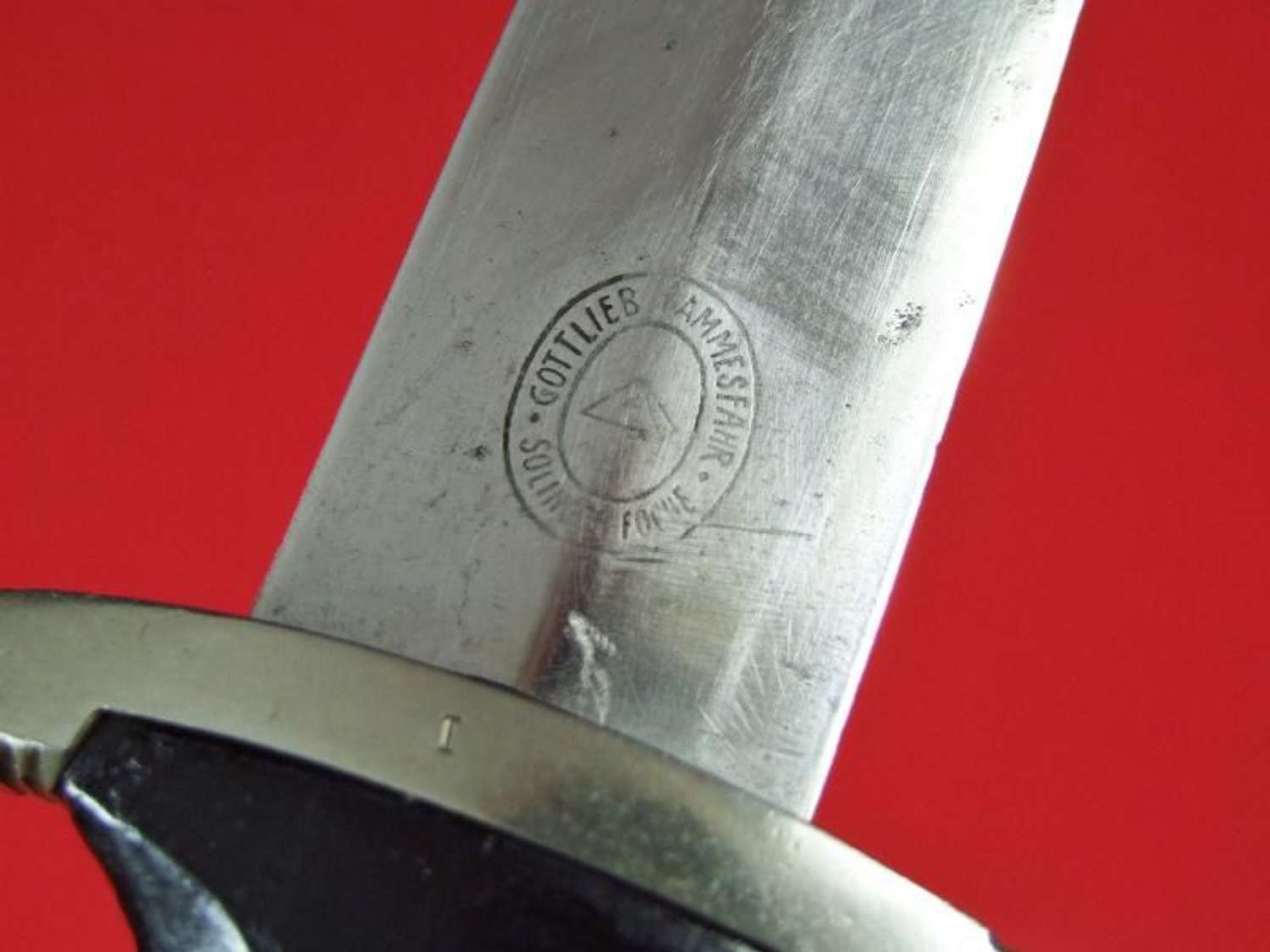 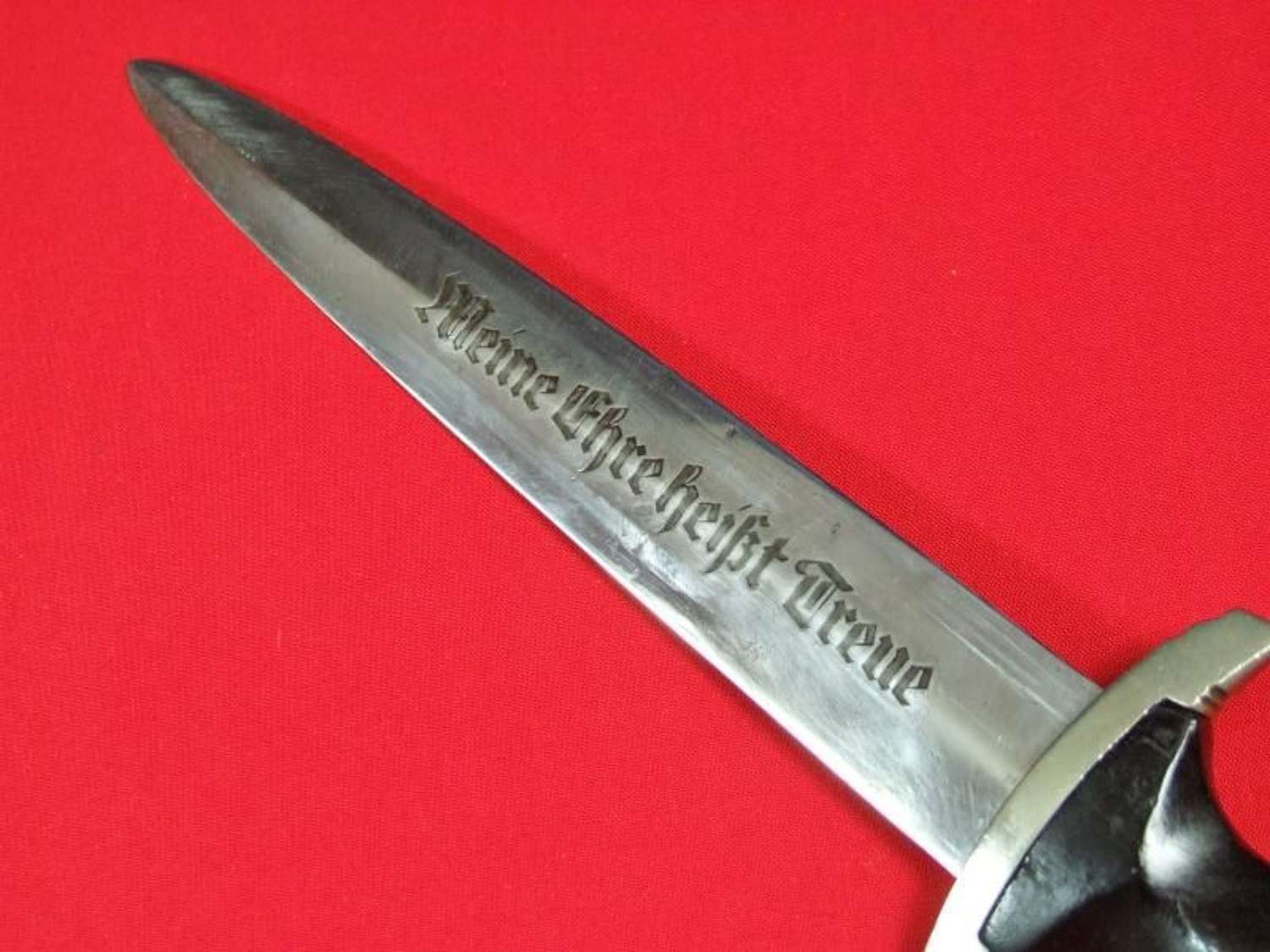 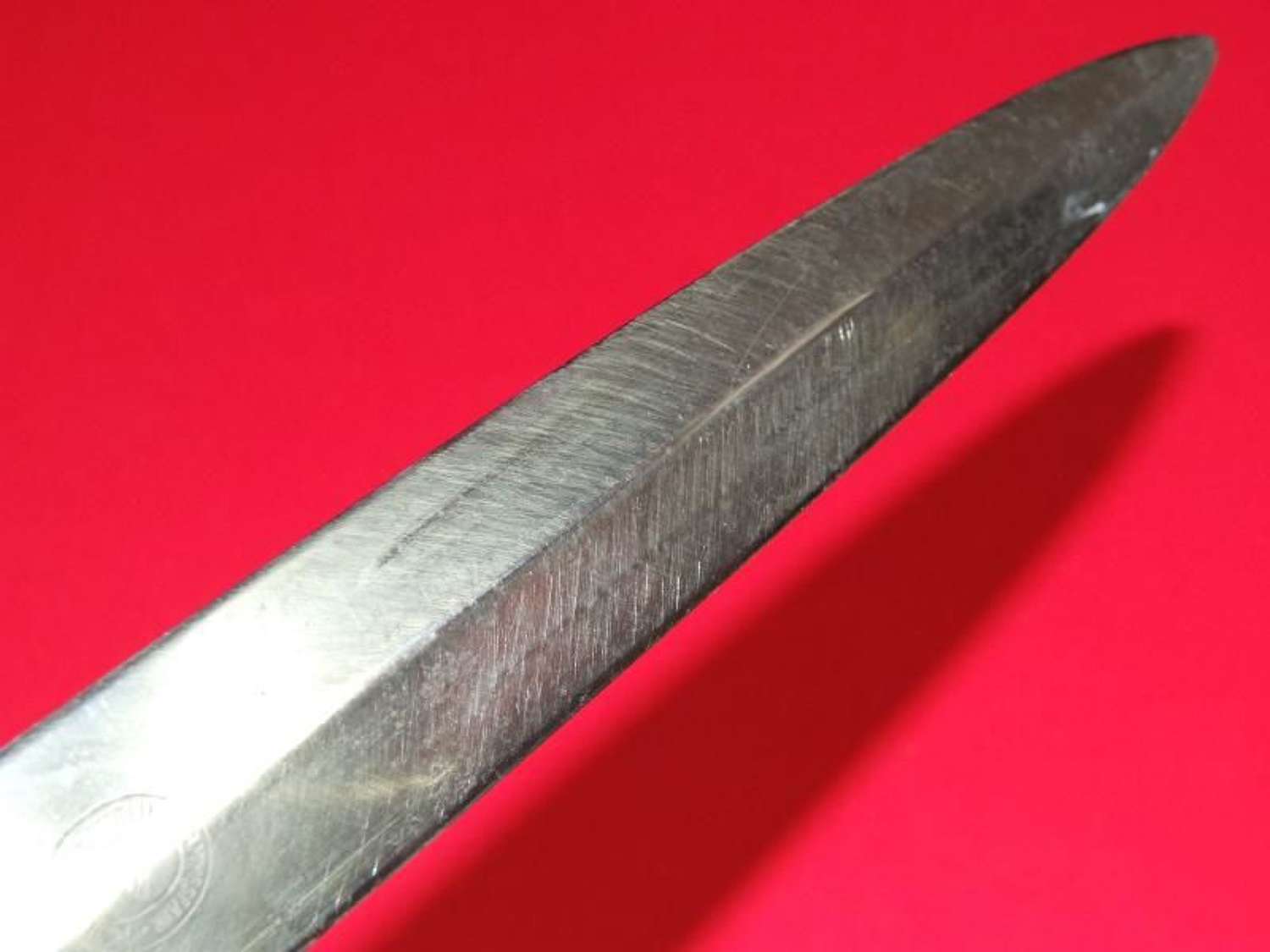 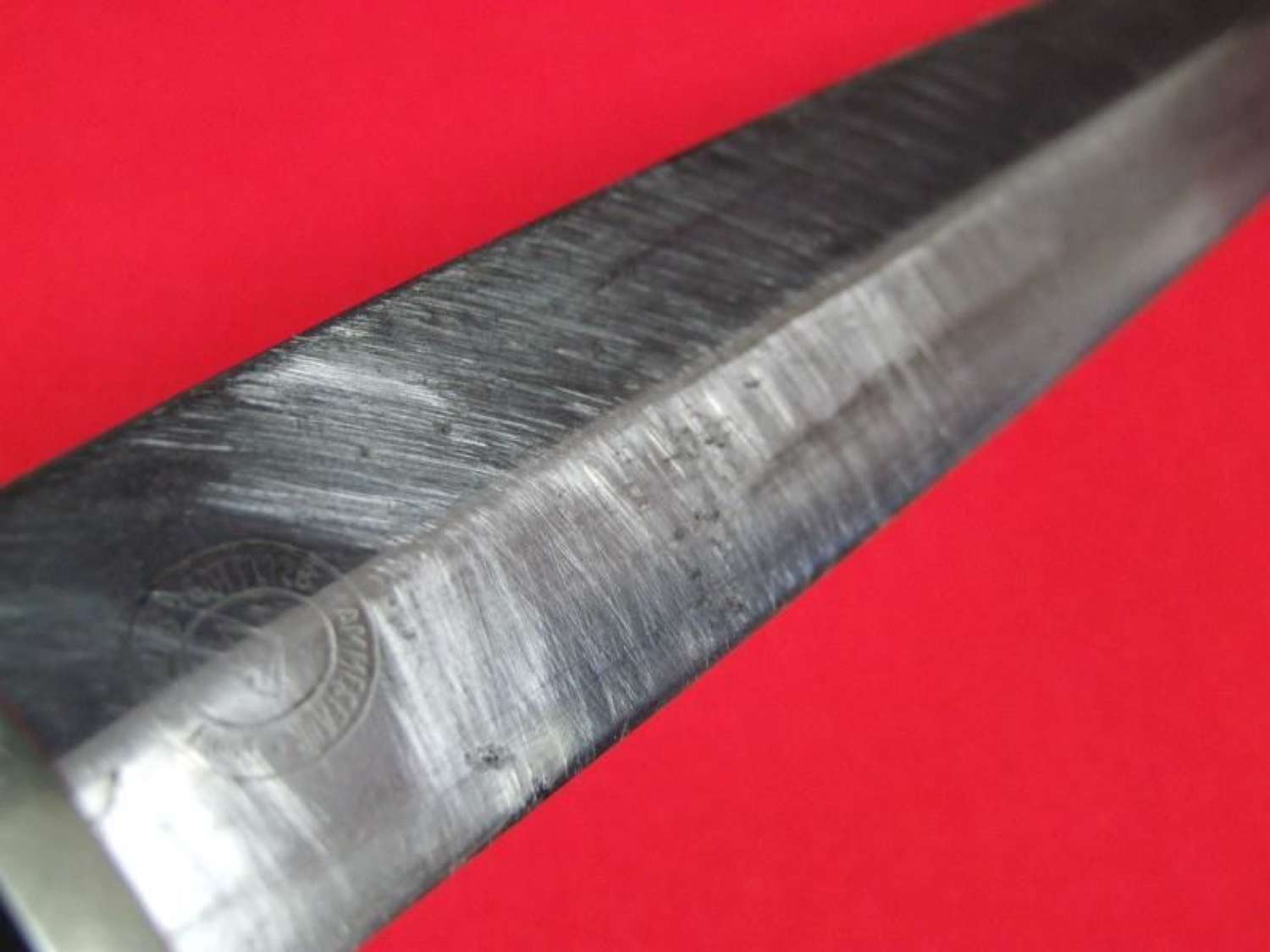 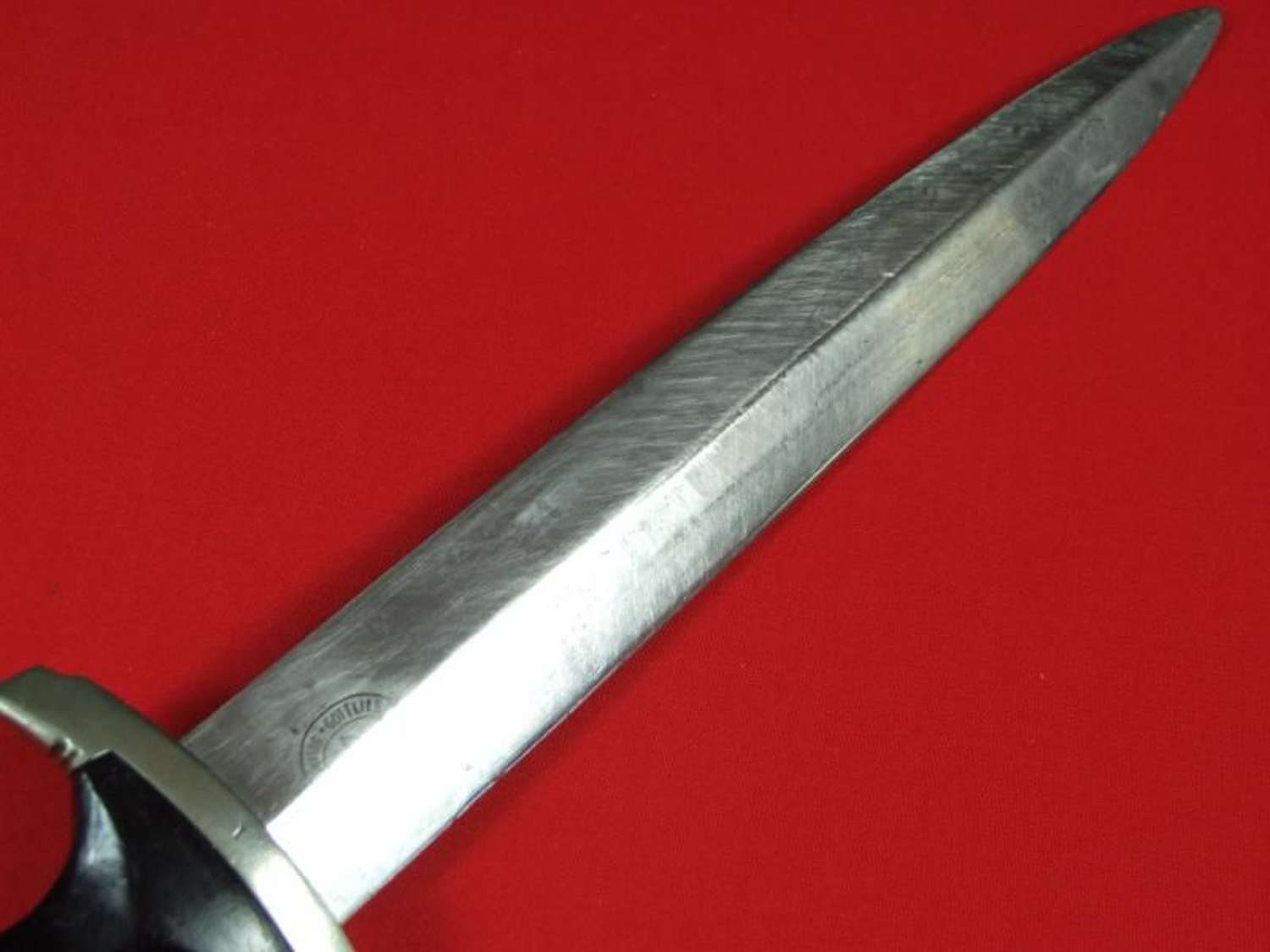 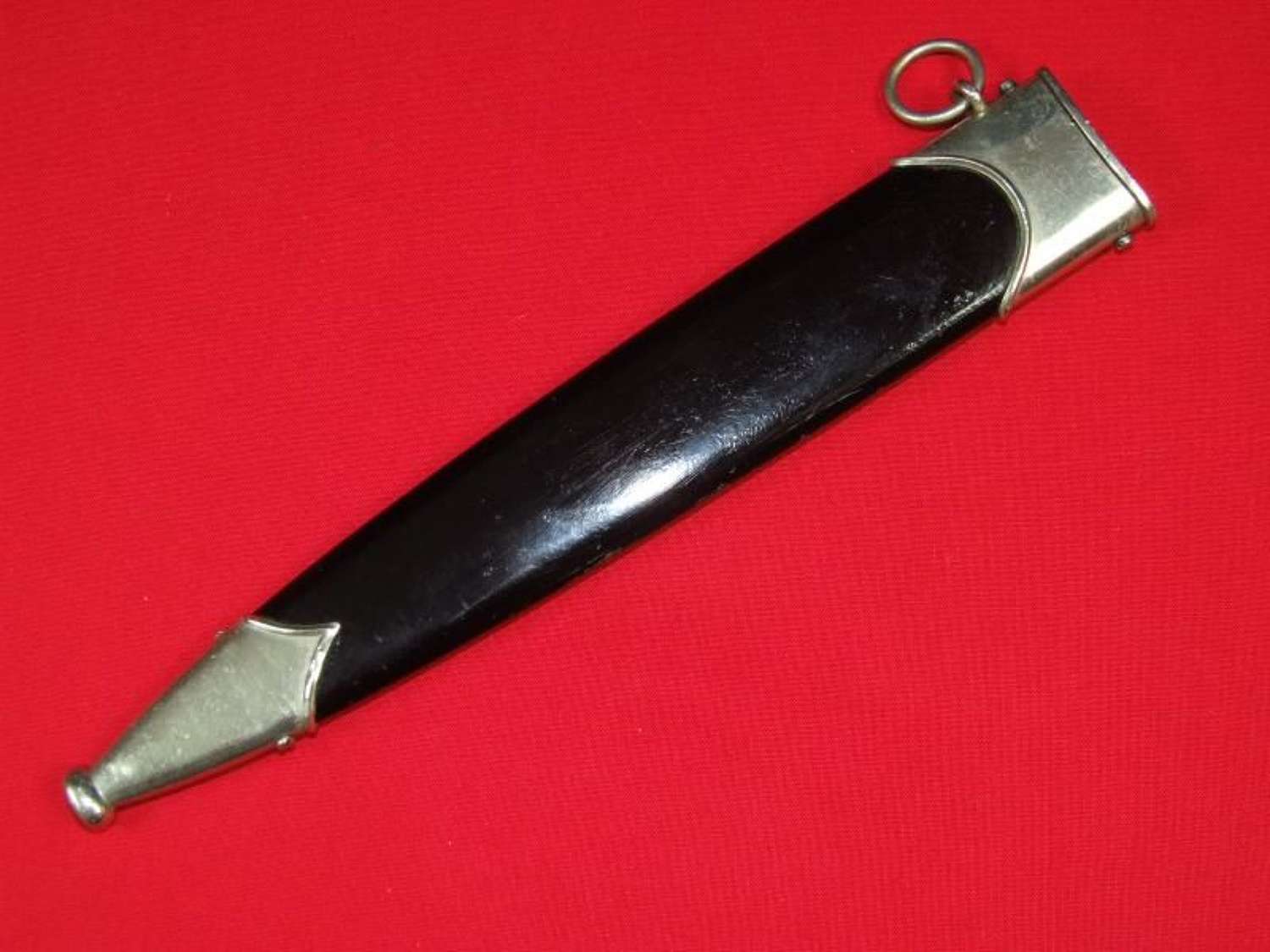