Following exactly the pattern of the Pennant flown on the left wing of an Army Divisional CommanderÂ’s car, this example is 215mm tall and 320 mm in length. With the Divisional CommanderÂ’s Pennant being somewhat larger, these smaller flags were flown on vehicles used by staff officers of the Commander.
Horizontally triangular, the Pennant is of three piece cotton construction, dual sided and features three separate horizontal strips of cotton in the German national colours of black, white and red with machine stitched seams. It is permanent encased in the original celluloid cover trimmed with red leather stitched into place. At the top of the hoist end is a typical spring clip whilst at the lower edge a single cord secures it to the flagstaff.
Overall condition is very good with light wear to the leather trim at the lower hoist end and Pennant tip. The celluloid is without cracks but does have some slight ripples.
A rare Pennant to find. 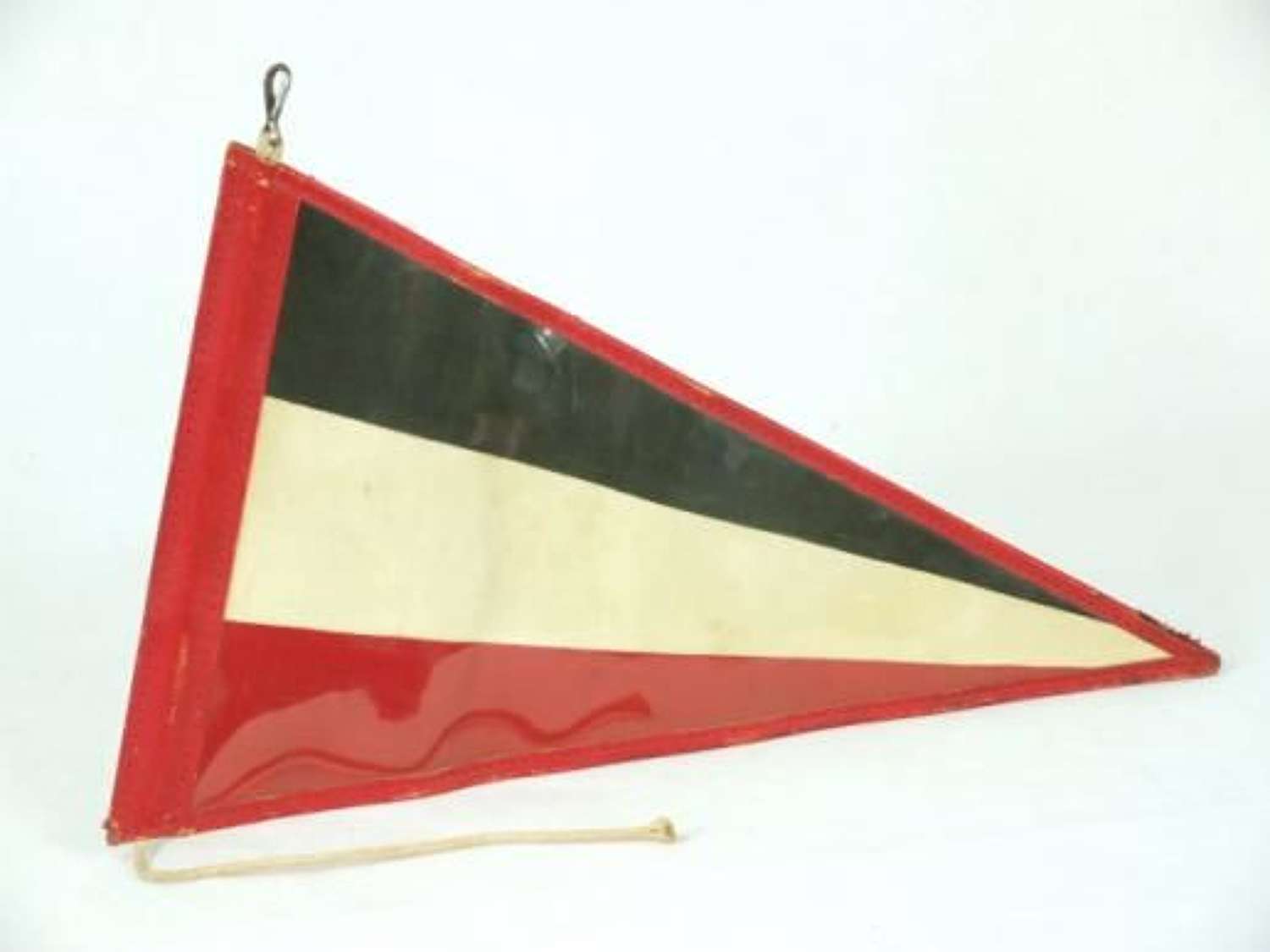 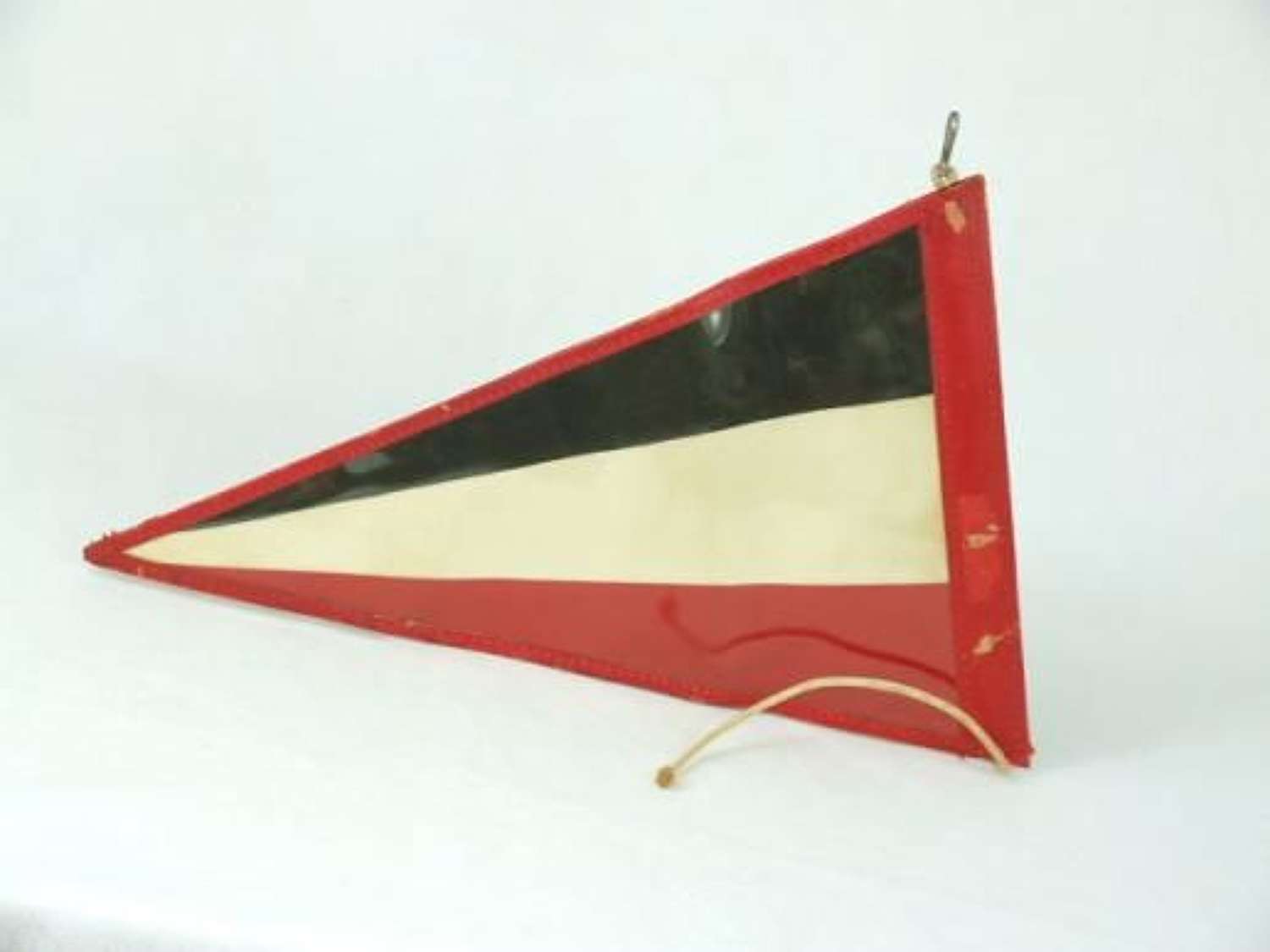 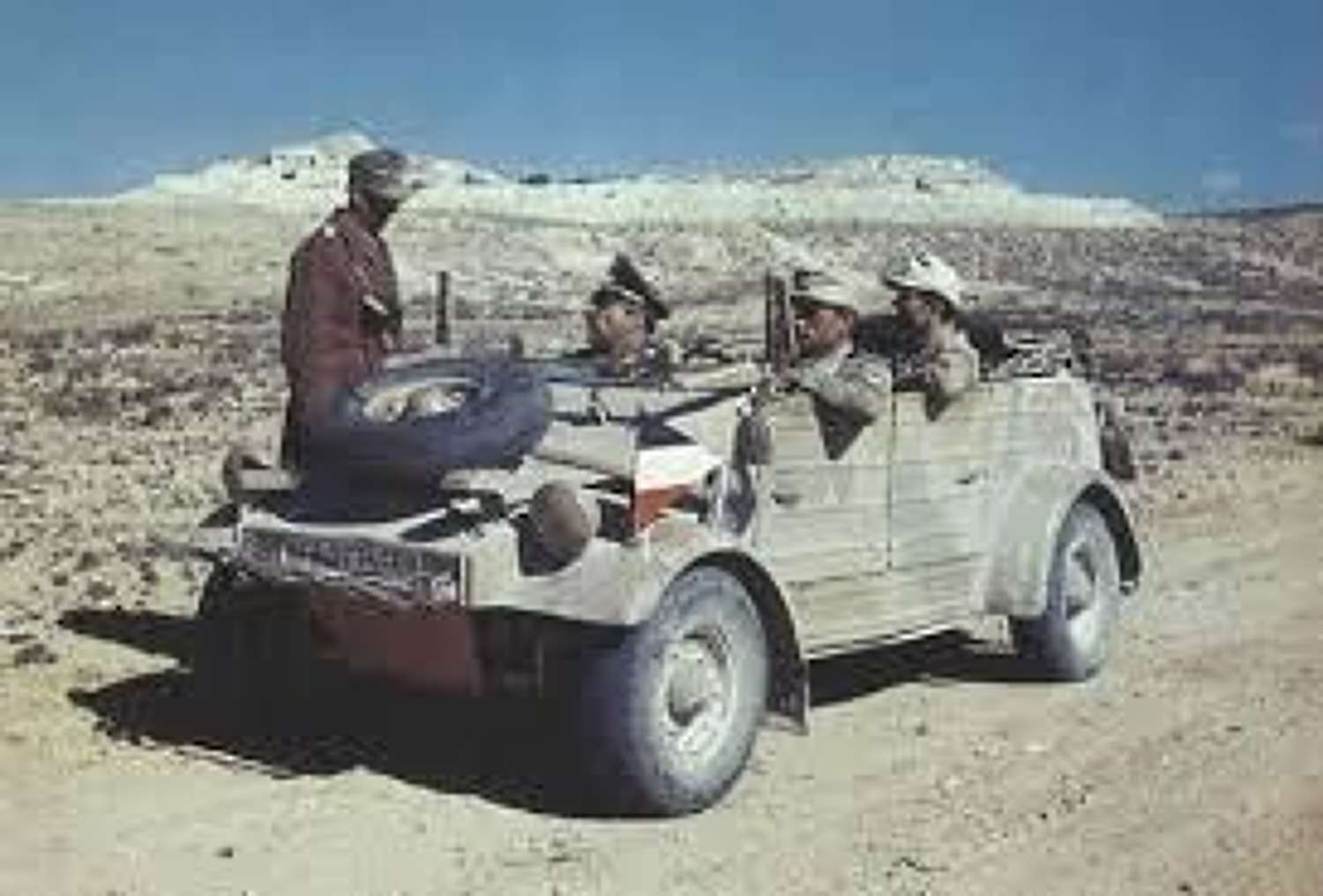