A good example of a Double Decal German Fire Protection Police Beaded Helmet, the bead indicating the lower quality steel used. This is the less frequently seen M35 style rather than the M34.

The shell is without damage but does show some rust patched and although both decals are present, an attempt has been made to deface the Swastika on the National shield.

Inside the number 145 remains clear but no maker or size stamping remain visible.

The liner is very good, the leather tongues remaining soft and free from damage and showing a 58 size stamp. The liner band fits snugly to the shell and appears never to have been removed, the 1940 date and 58 just visible. There is no drawstring. Interestingly this is an early non re-enforced liner band example of the type seen in combat M35 helmets

The chinstrap is a little stiff but in very good and seemingly little used condition. 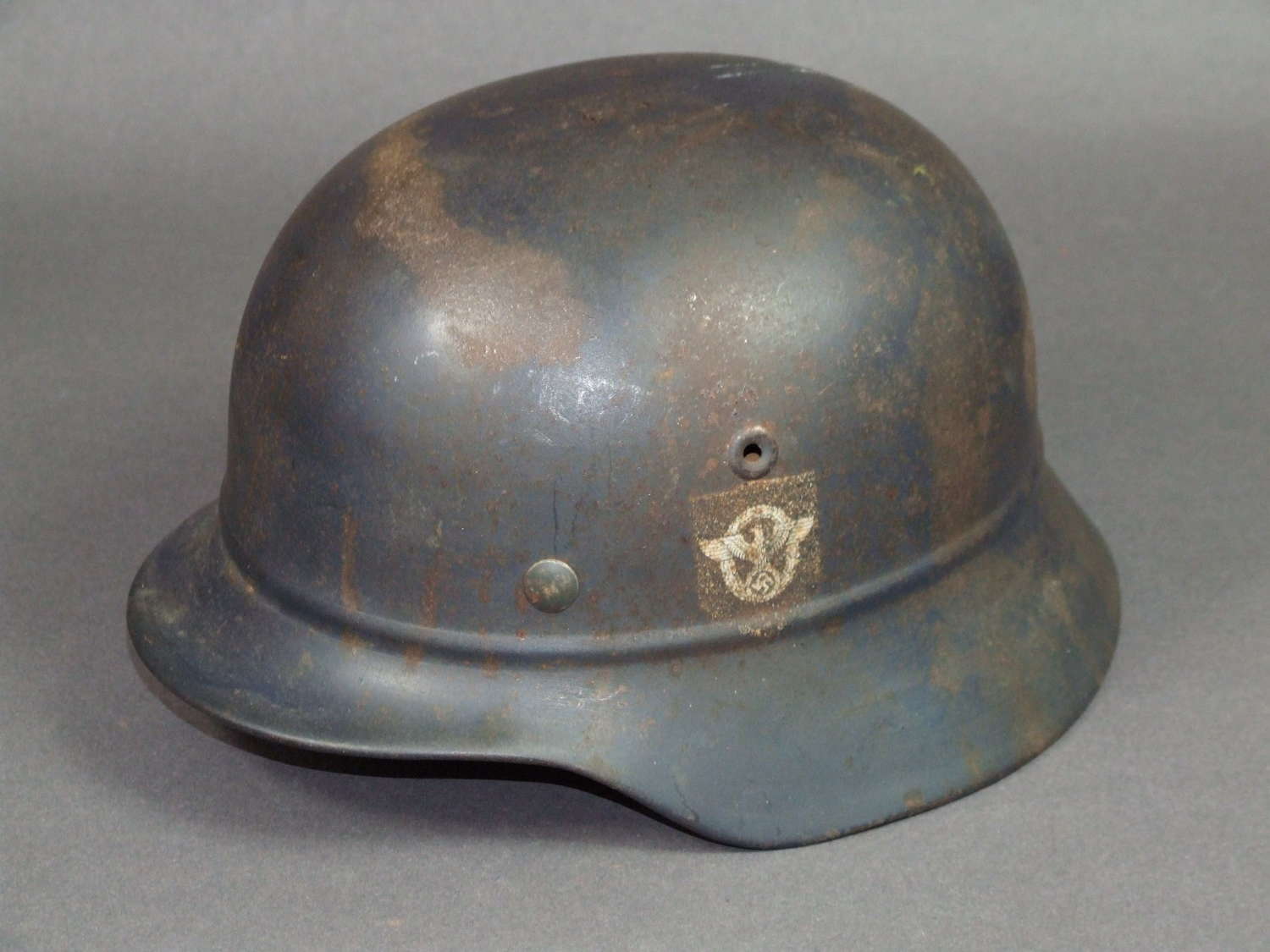 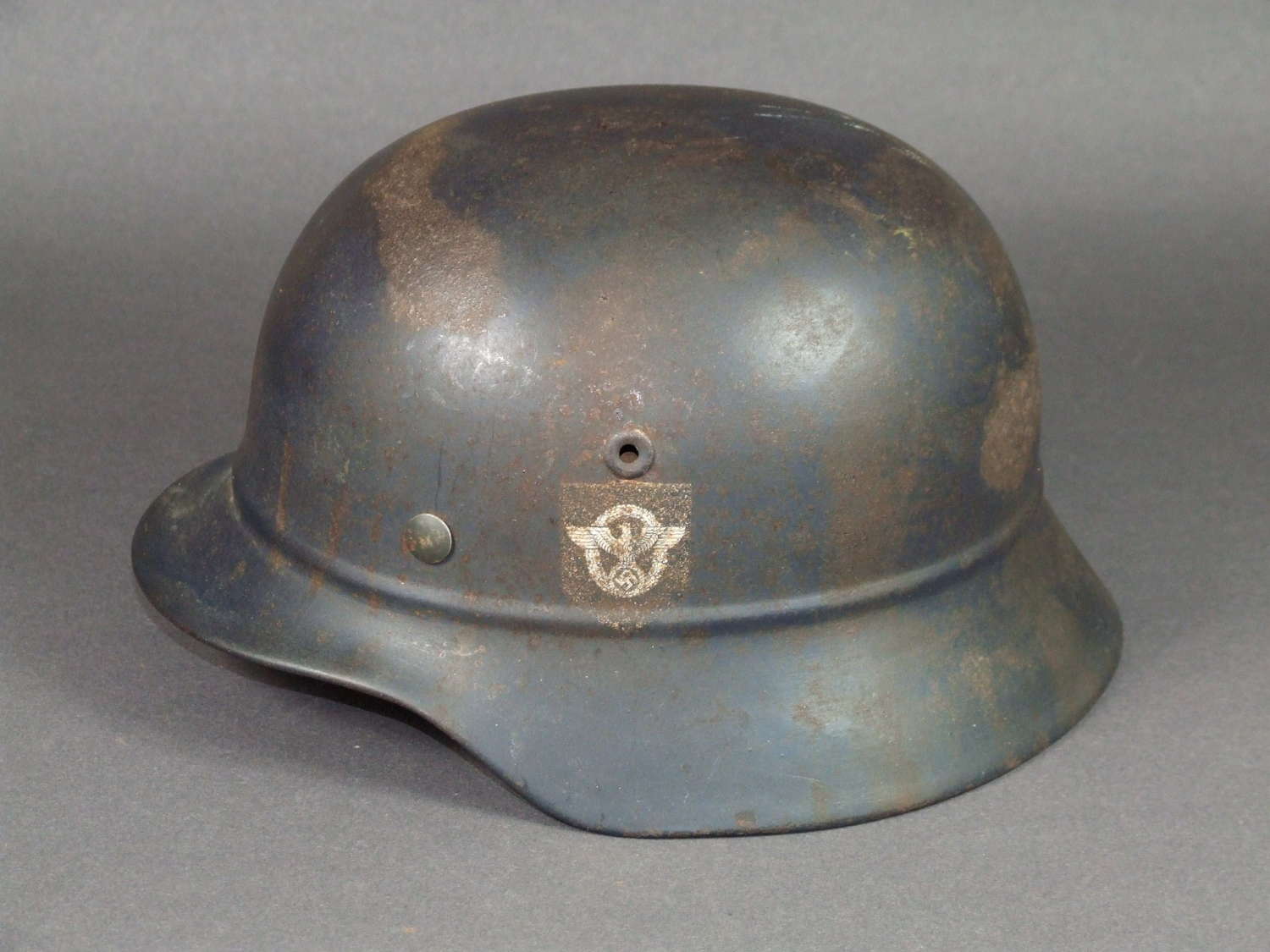 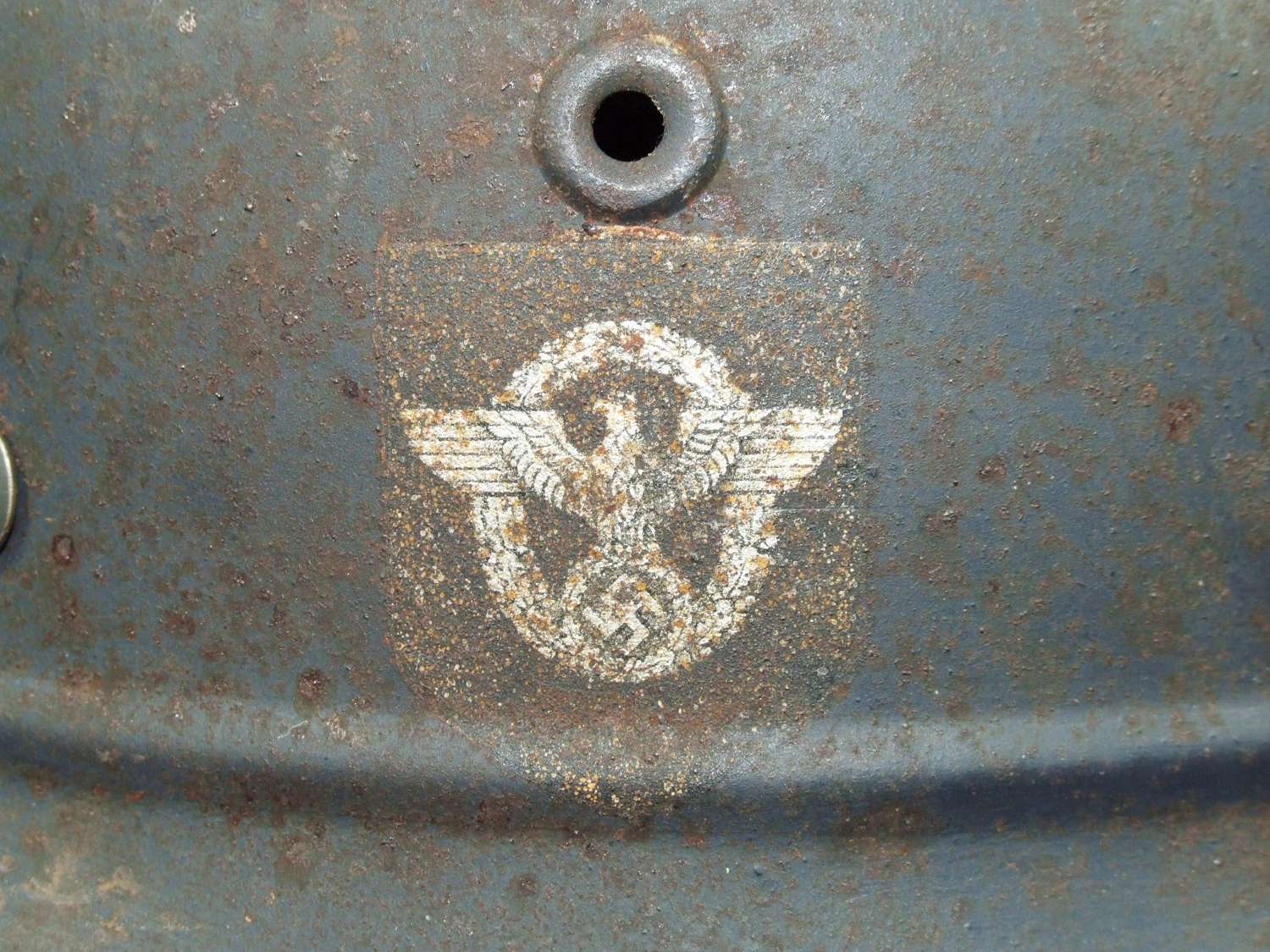 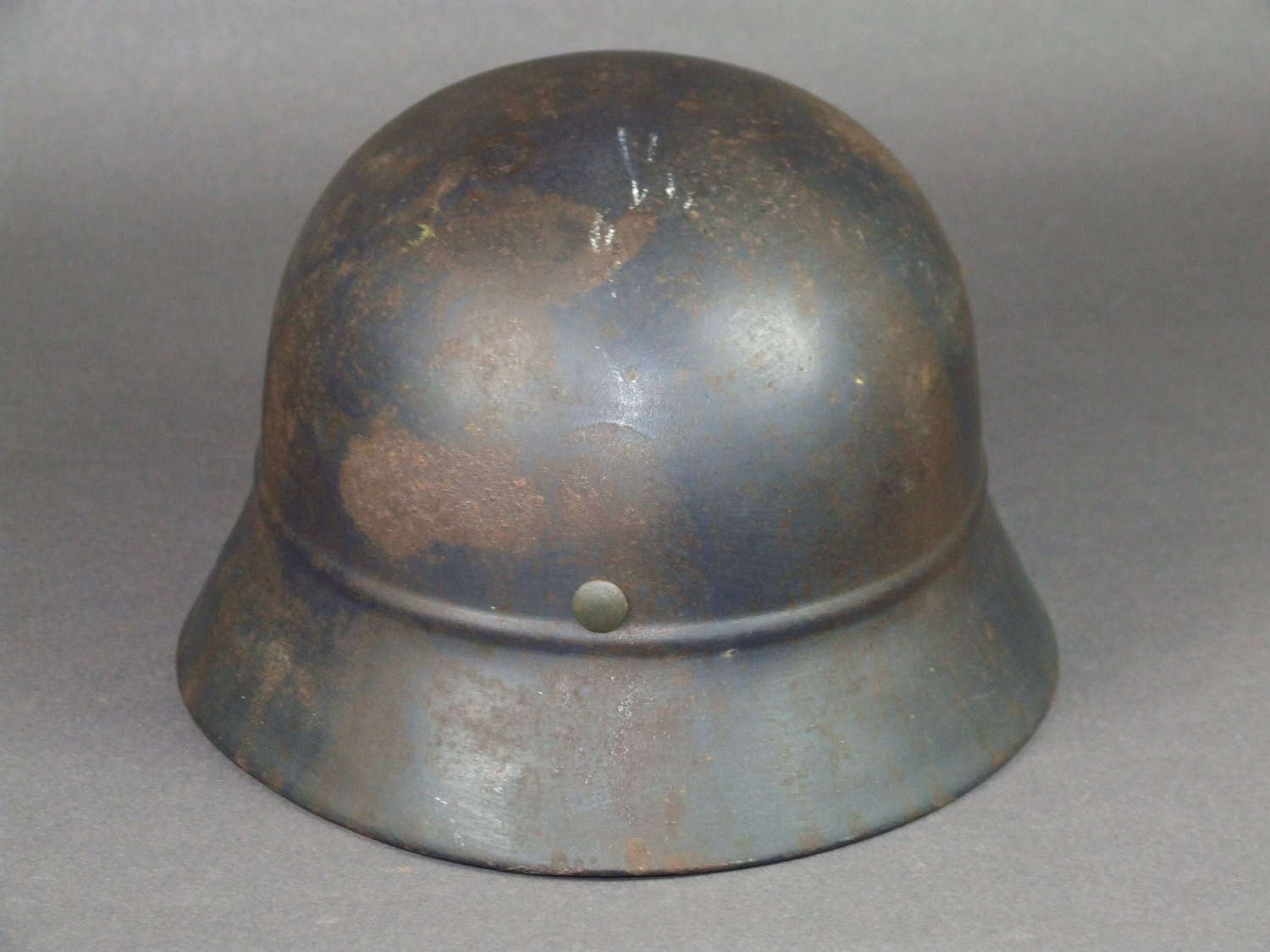 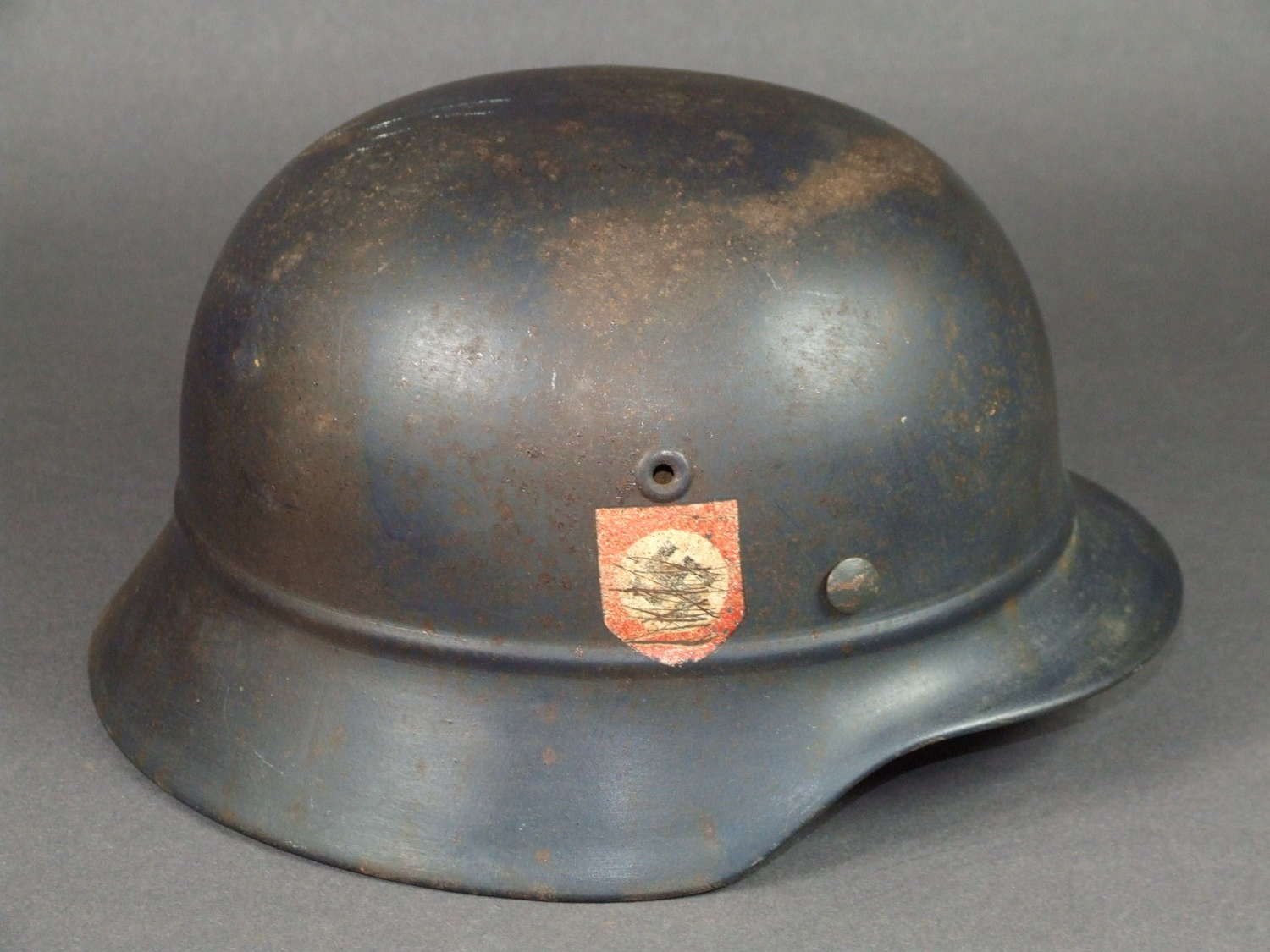 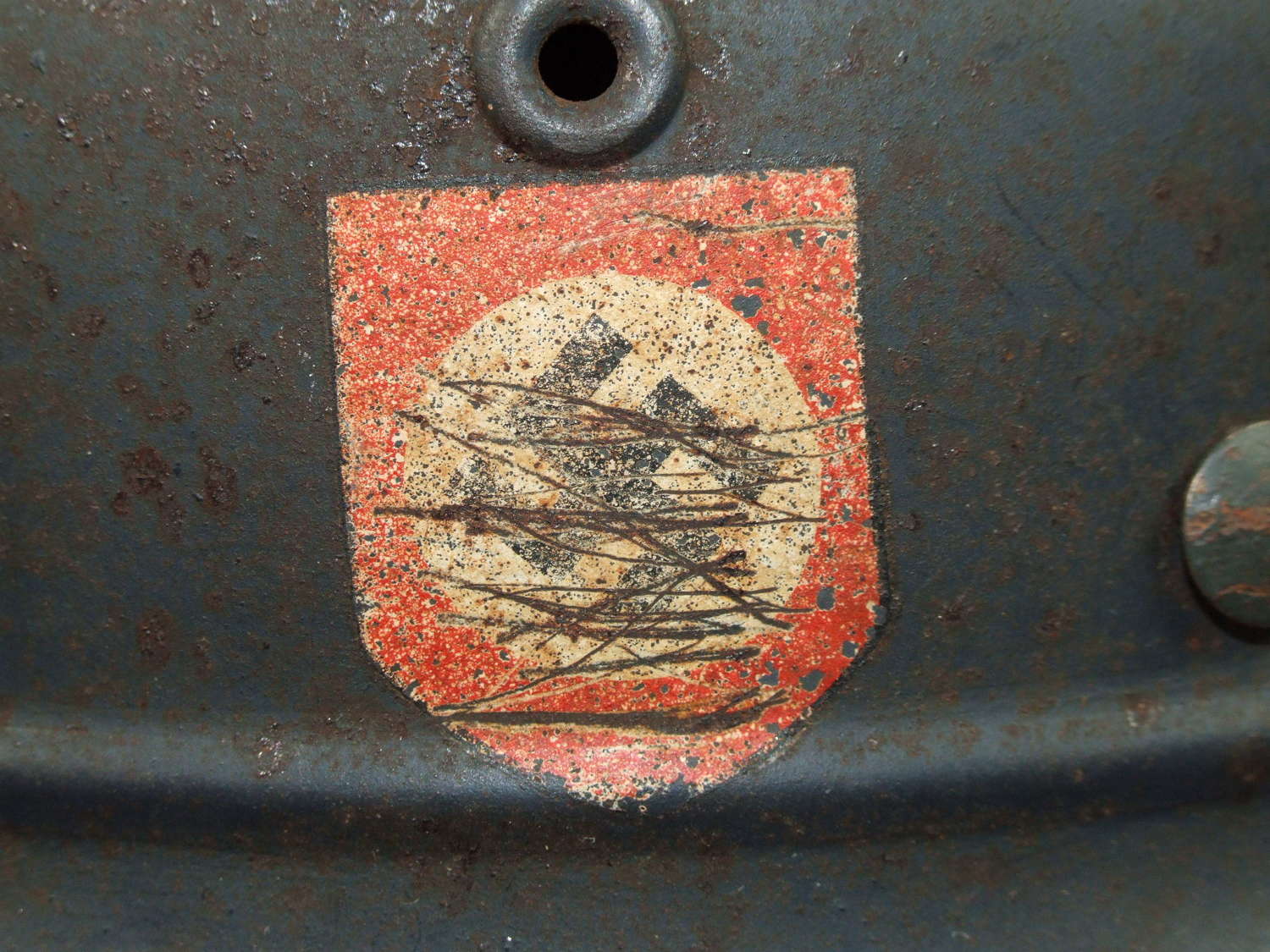 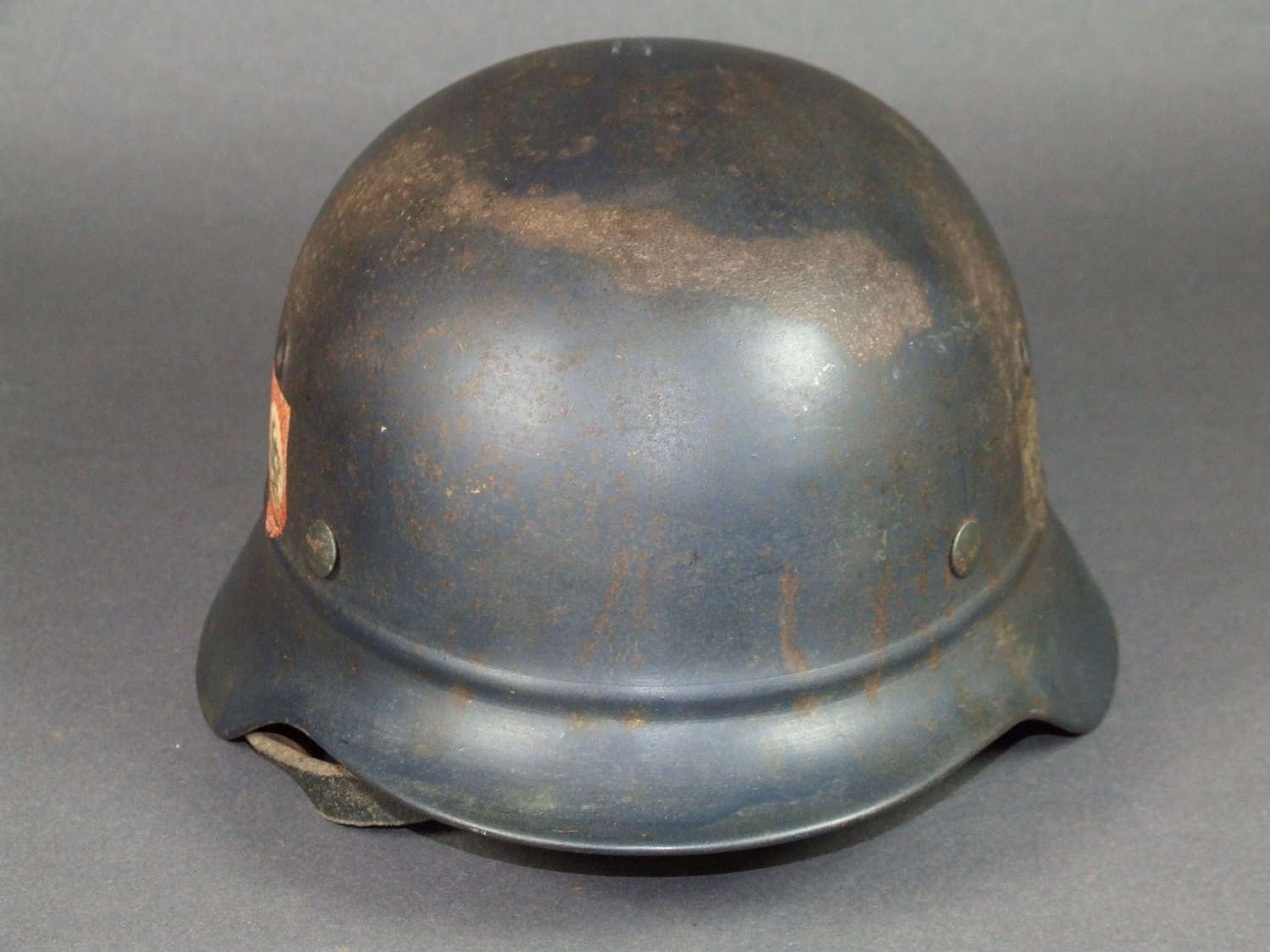 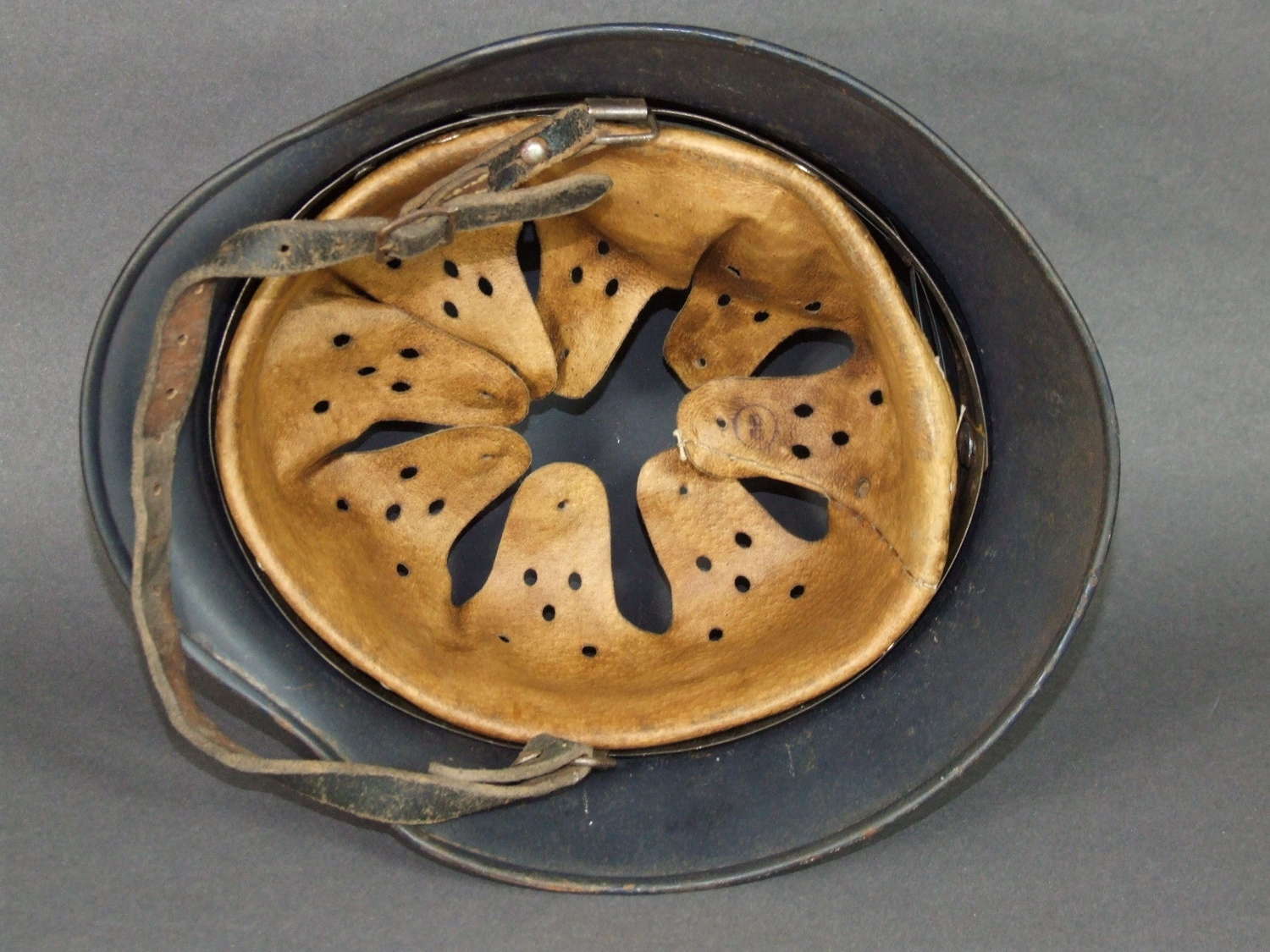 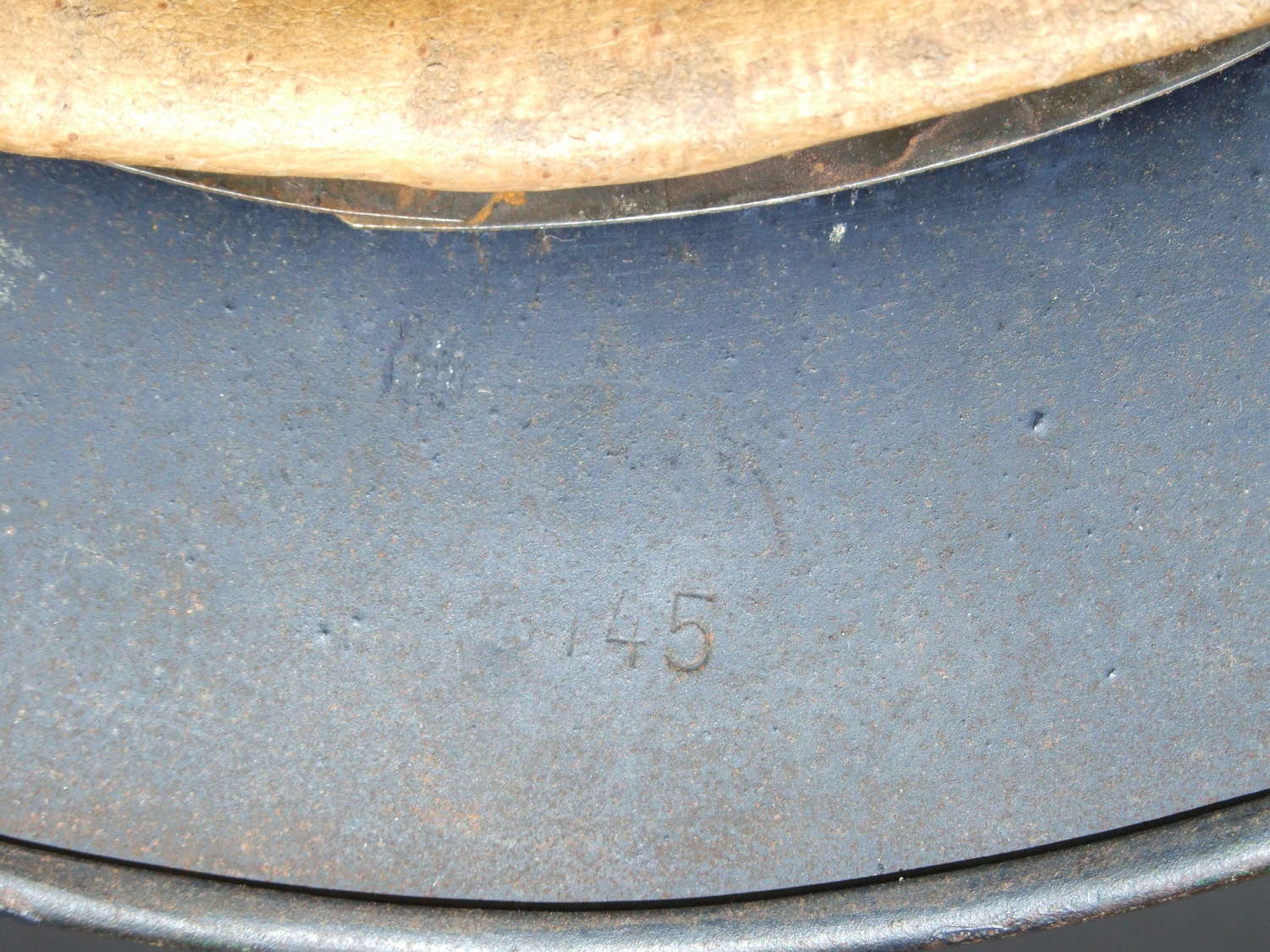 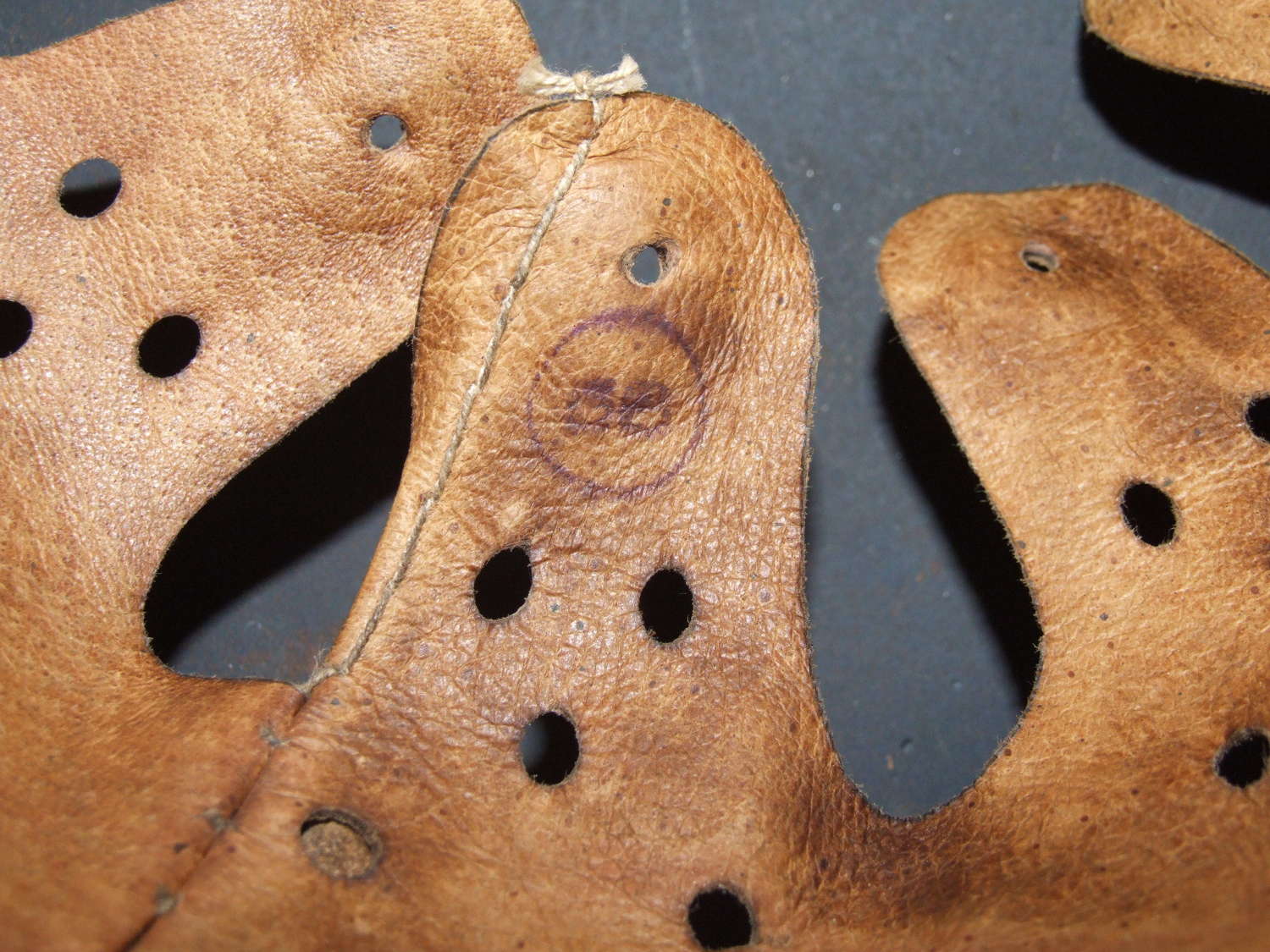