A very rare German ‘Special Forces’ example of an award document for the Army Parachutist’s Badge to Obergefreiter Paul Skrzypkowski, 2nd Fallschirmjager-Battalion, Brandenburg Regiment, a unit that specialised in drops behind the enemy lines to seize operationally important targets by way of sabotage and infiltration. It was also involved in various Anti-Partisan operations in the former Yugoslavia where it gained notoriety for some of its activity.

Award Document: Army Parachutist’s Badge awarded by Battalion HQ on 9th August 1944 as Obergefreiter, 2./Fallschirmjager-Bataillion Brandenburg. Signed by a Hauptmann and Battalion Commander. Along with two modern reproduction photographs of Hauptmann Kuhne, who we believe to be who has signed the document.

Obergefreiter Paul Skrzypkwoski was awarded the Army Parachutist’s Badge whilst serving with the 2nd Parachute Battalion ‘Brandenburg’, this is one of only twelve of these documents to the regiment that is known to exist.

The Brandenburgers were members of the Brandenburg German special forces unit during World War II. Originally the unit was formed by and operated as an extension of the military's intelligence organ, the Abwehr. Members of this unit took part in seizing operationally important targets by way of sabotage and infiltration. Being foreign German nationals who were convinced Nazi volunteers, constituent members had lived abroad and were proficient in foreign languages as well as being familiar with the way of life in the area of operations where they were deployed.

The Brandenburg Division was generally subordinated to the army groups in individual commands and operated throughout Eastern Europe, in southern Africa, Afghanistan, the Middle East and in the Caucasus. In the later course of the war, parts of the special unit were used in andenbekampfung operations against partisans in Yugoslavia before the Division, in the last months of the war, was reclassified and merged into one of the Panzergrenadier divisions. They committed various atrocities in the course of their operations.

Hauptmann Kuhne, the Battalion Commander is mentioned in Kurowski’s book regarding his involvement in the operation to recapture the island of Leros from the British in November 1943 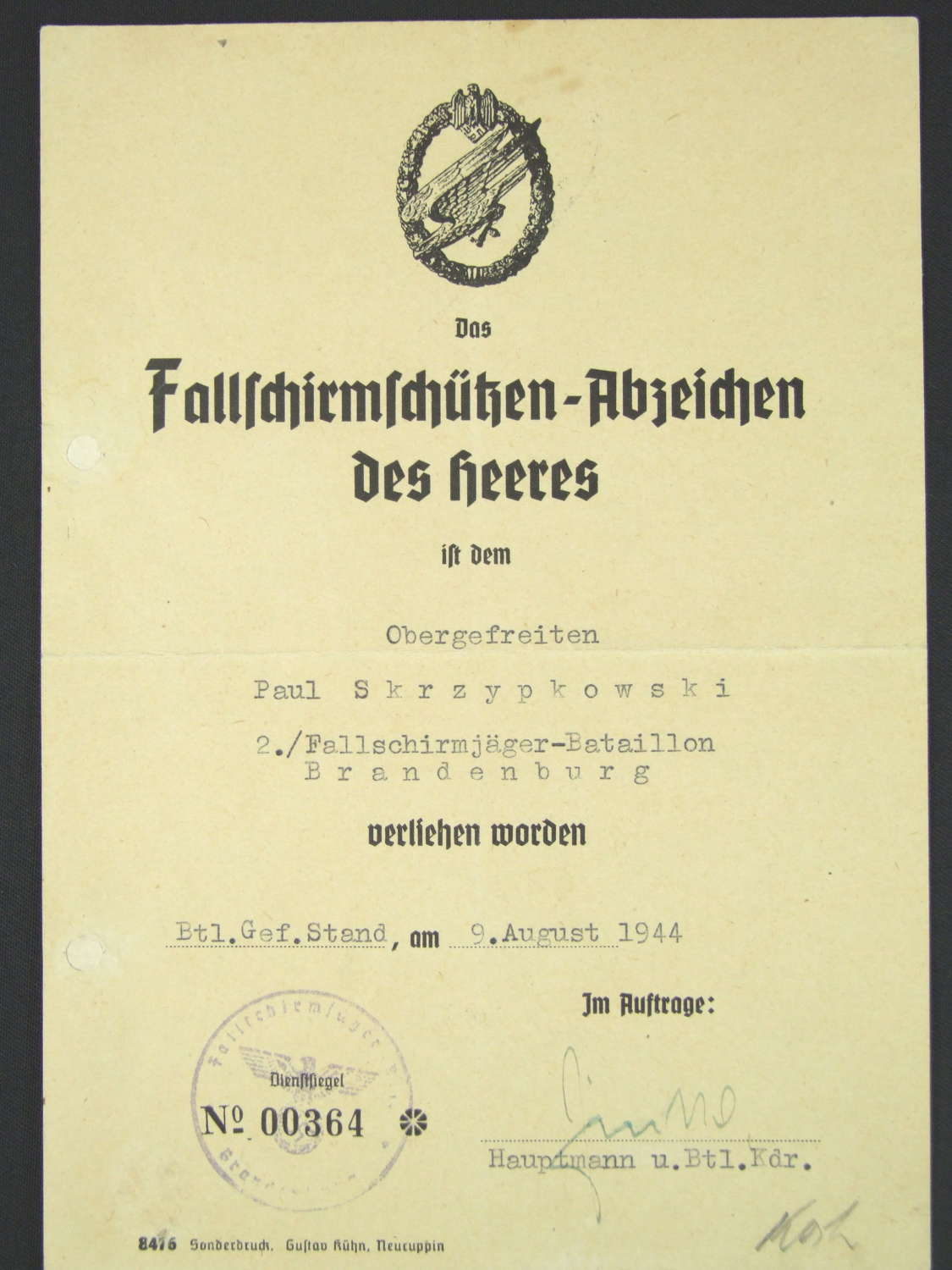 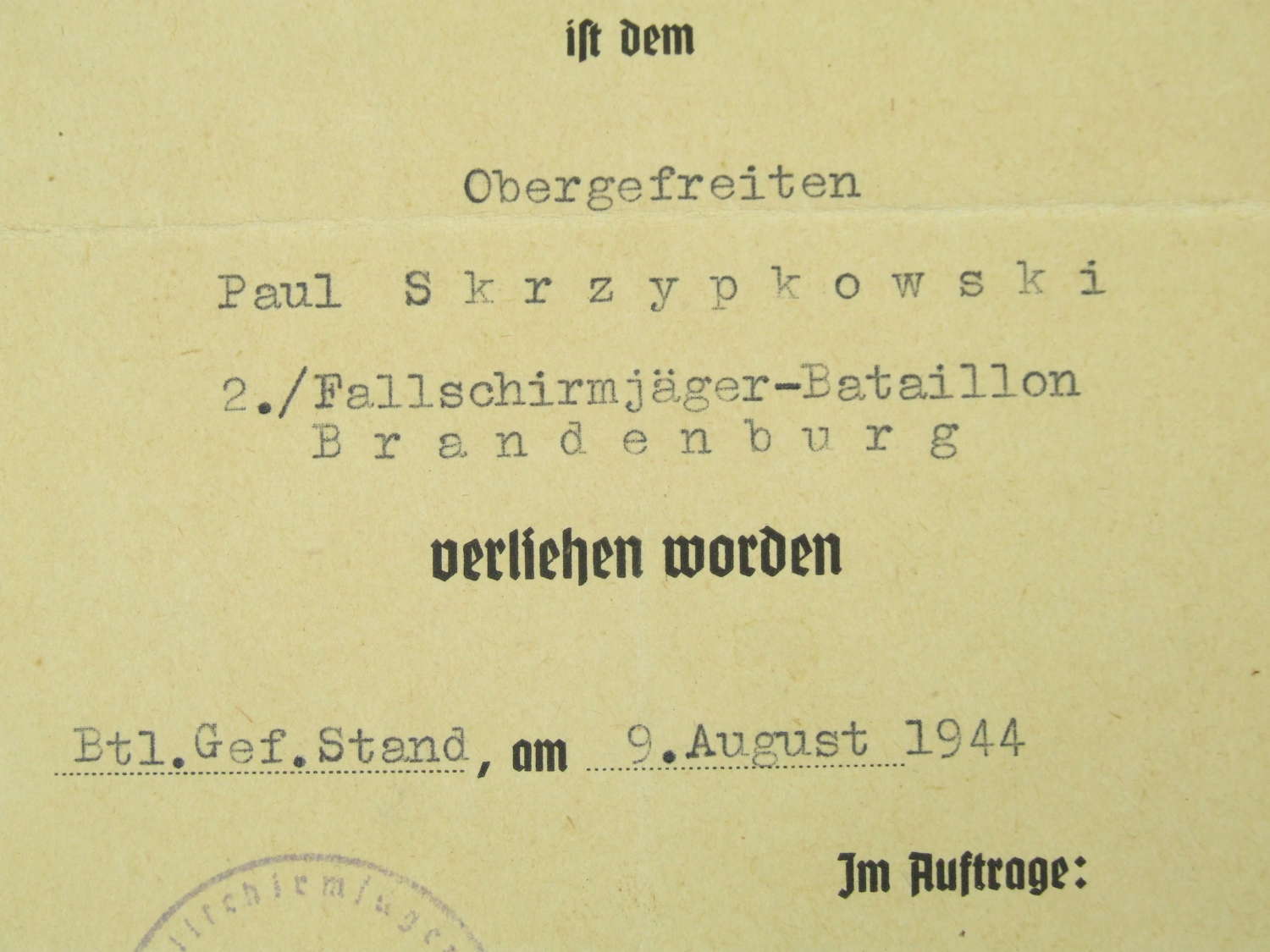 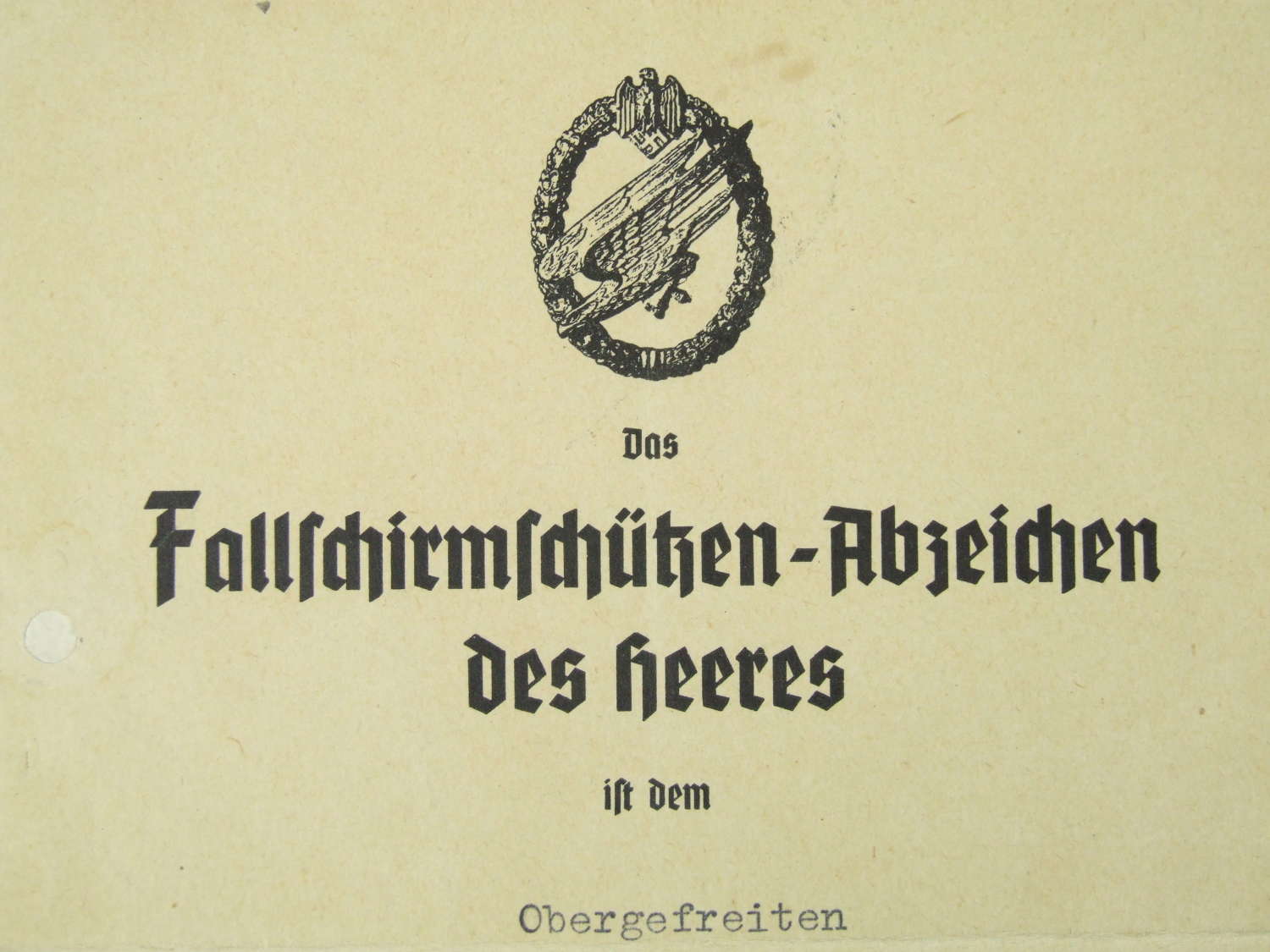 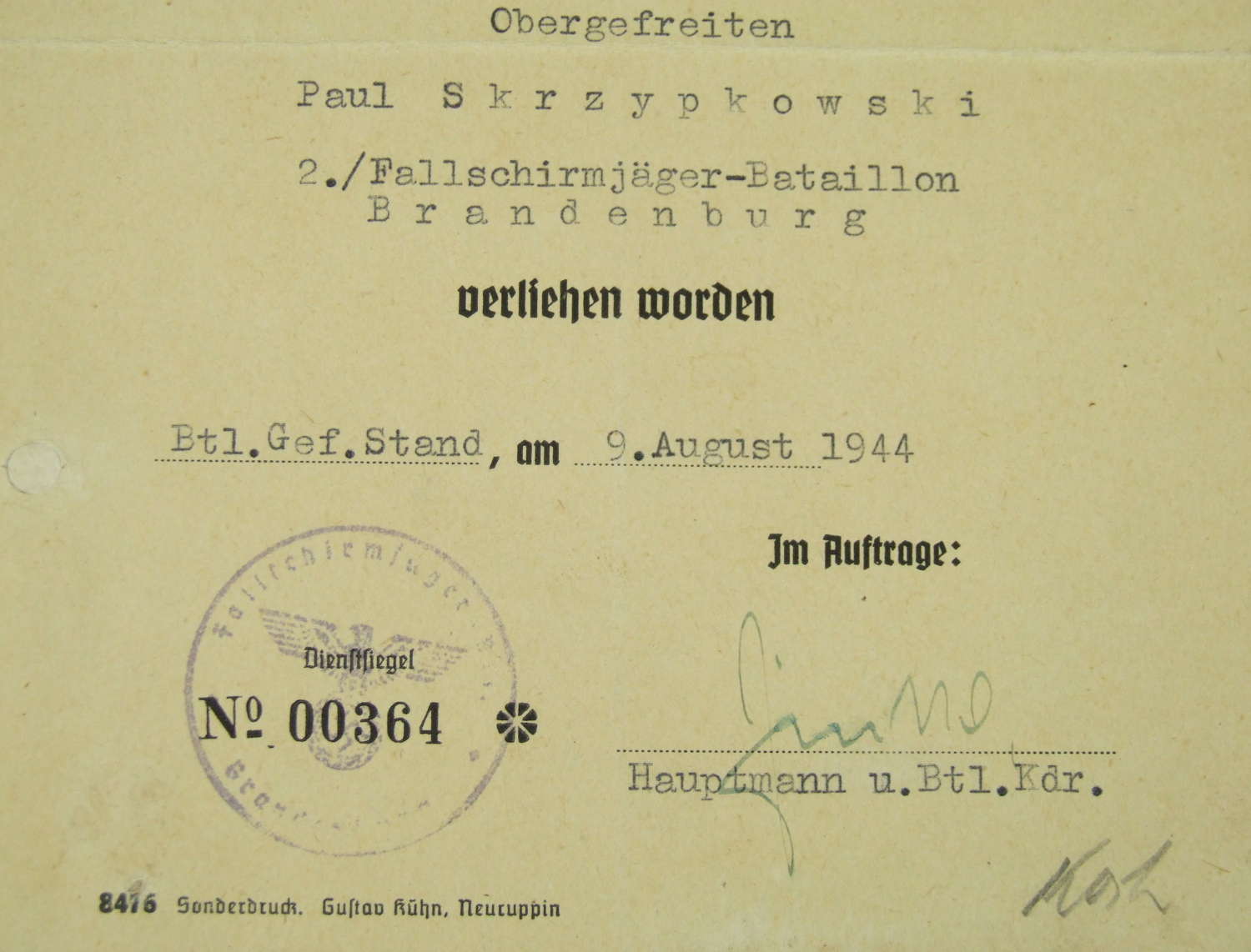 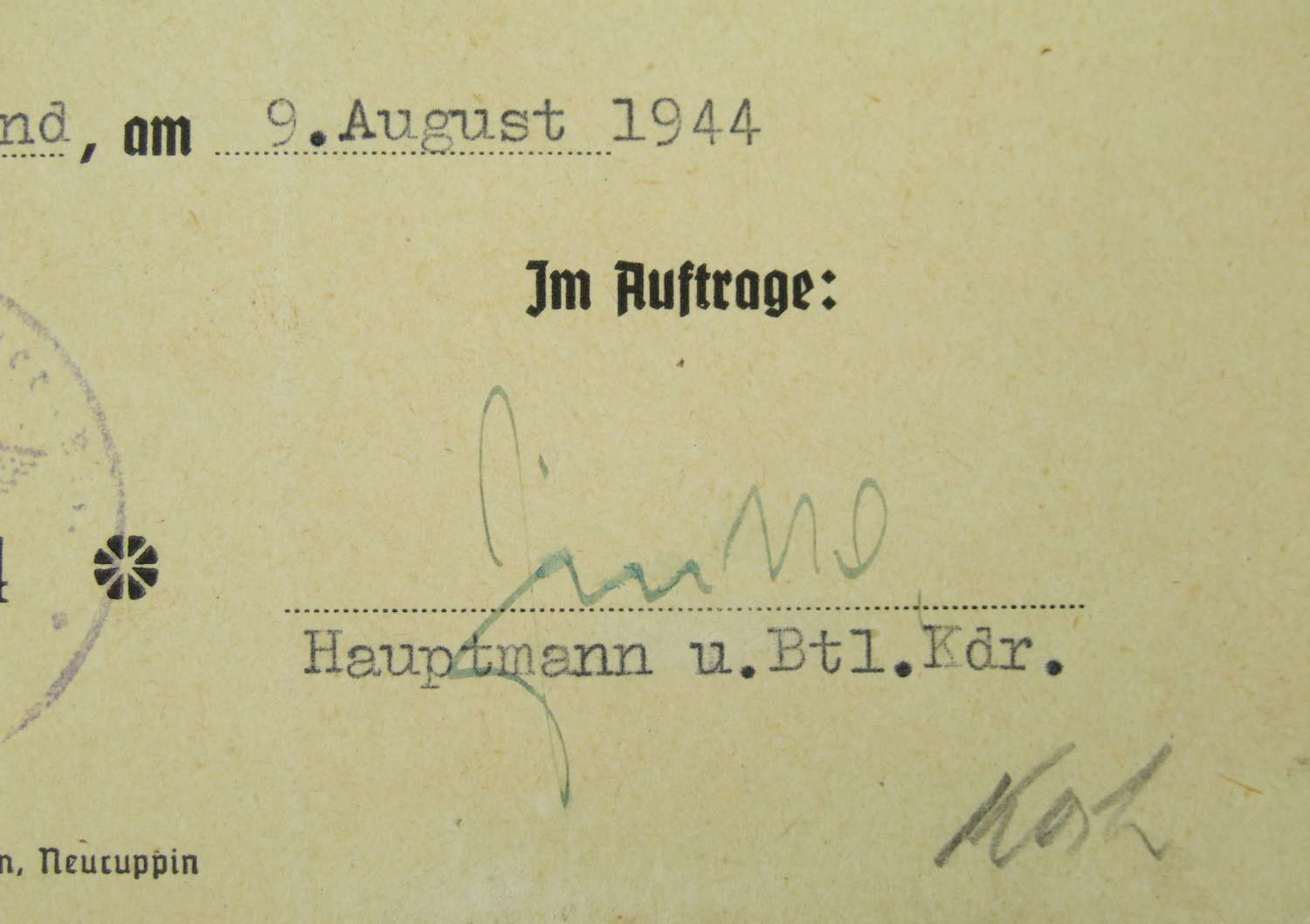 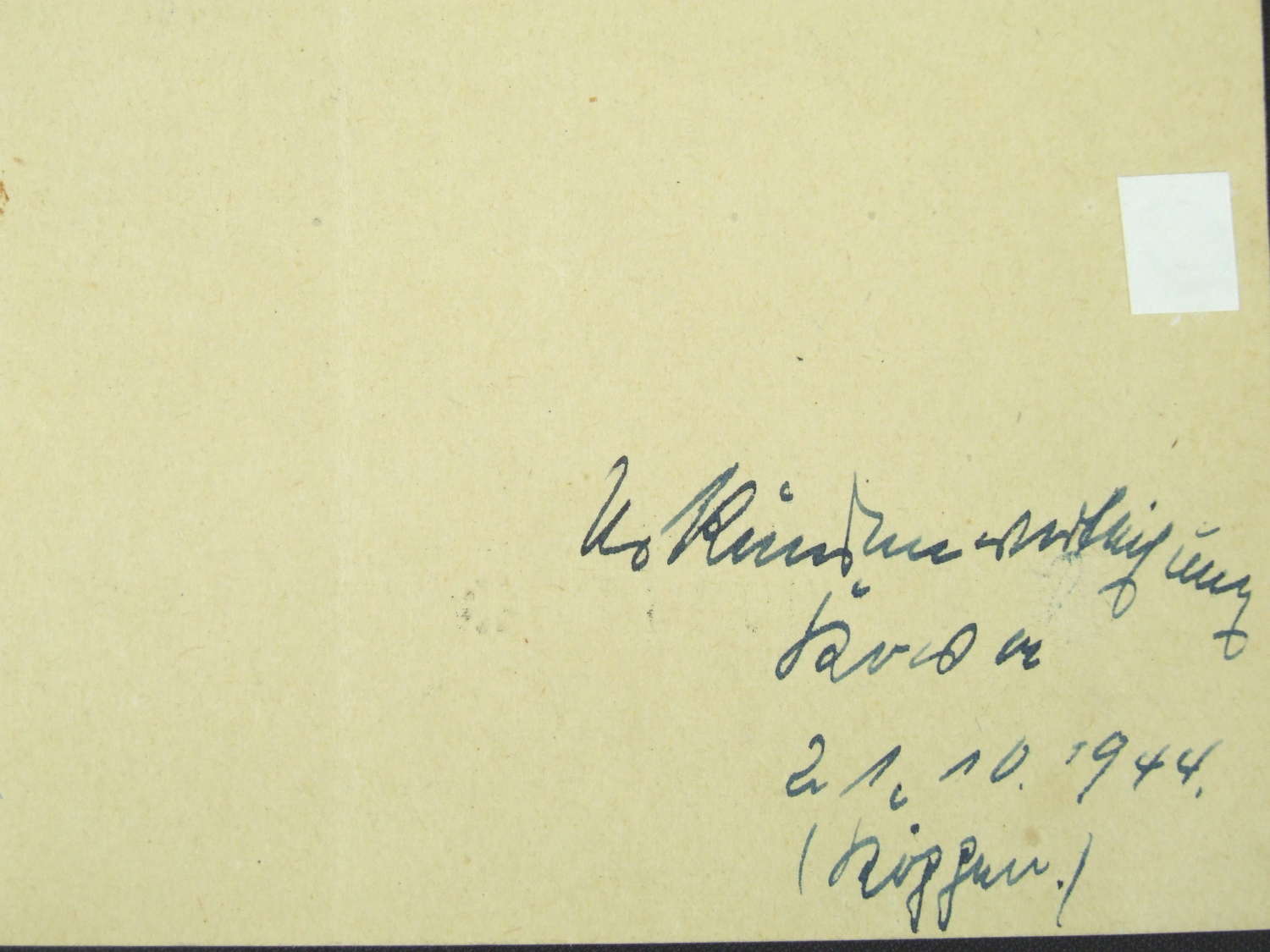 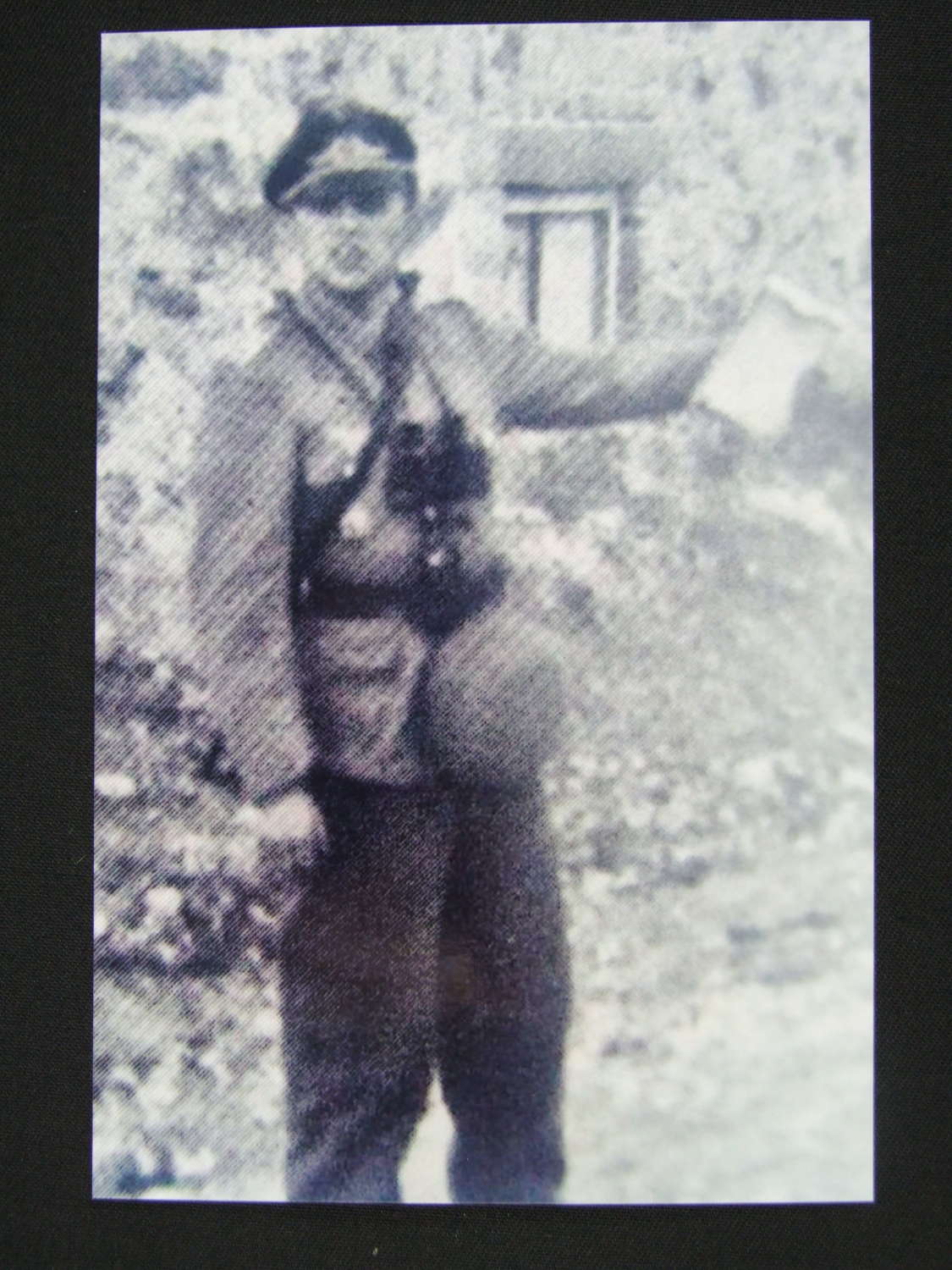