A good early example of a Hitler Youth Dagger by the maker Max Weyersberg of Solingen, considered by most to be the rarest and most sought after producer of these knives.

Although the blade shows age and use the impression of the motto is still evident but has lost the darkening. There is light surface scratching and evidence of sharpening although it is generally accepted that these were often sharpened during their service with the Hitler Jugend. The thick leather saddle buffer is in place

Plating to the steel hilt remains very good, the black checkered grips and diamond without damage, the diamond showing the fish scale pattern in the red enamel.

The scabbard is without damage but with perhaps a 20% loss to the paint. The hanger is supple and strong but has lost its button loop.

A rare Dagger for the discerning HJ collector.

UK Shipping only to those of 18 years or above 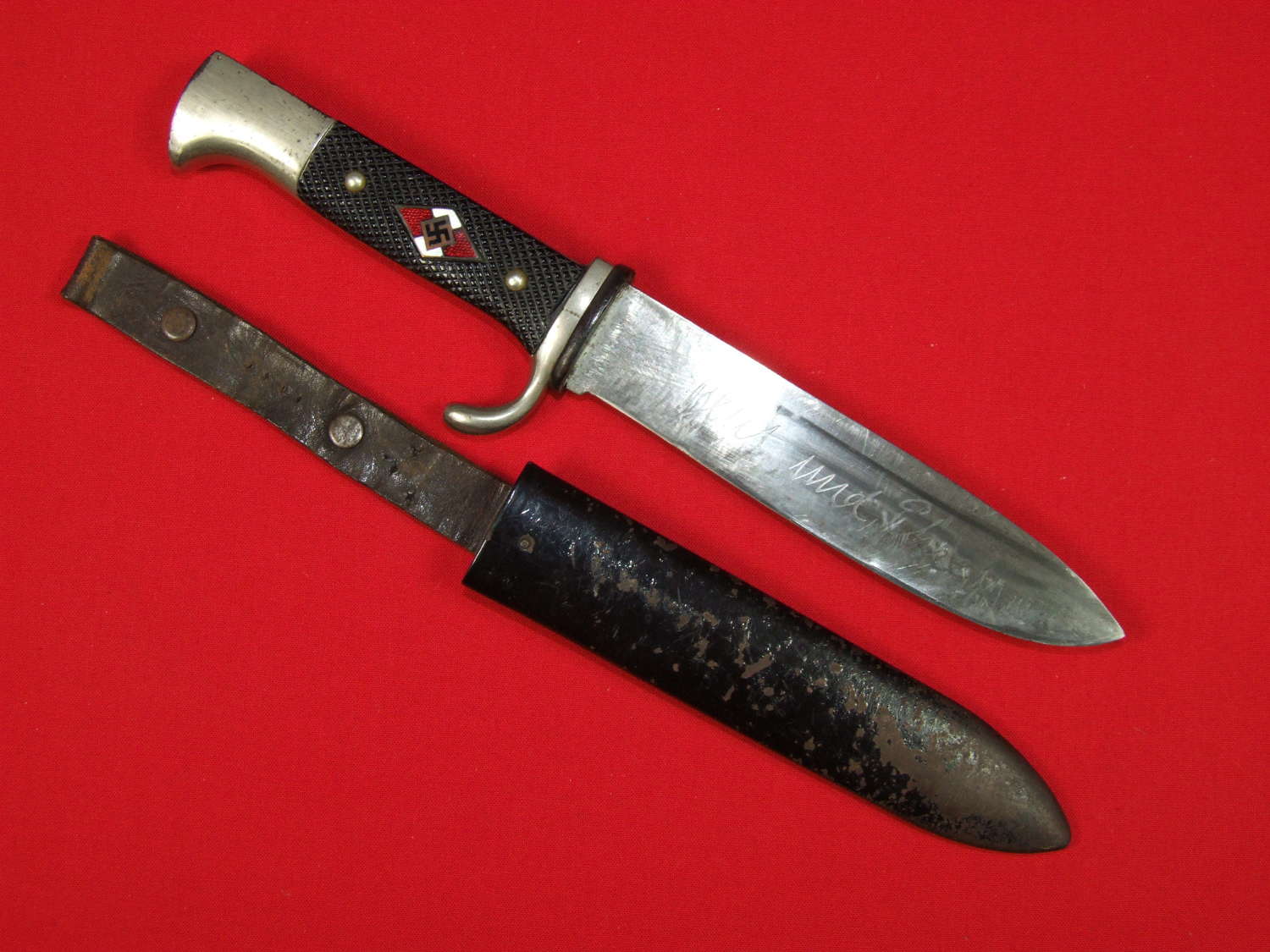 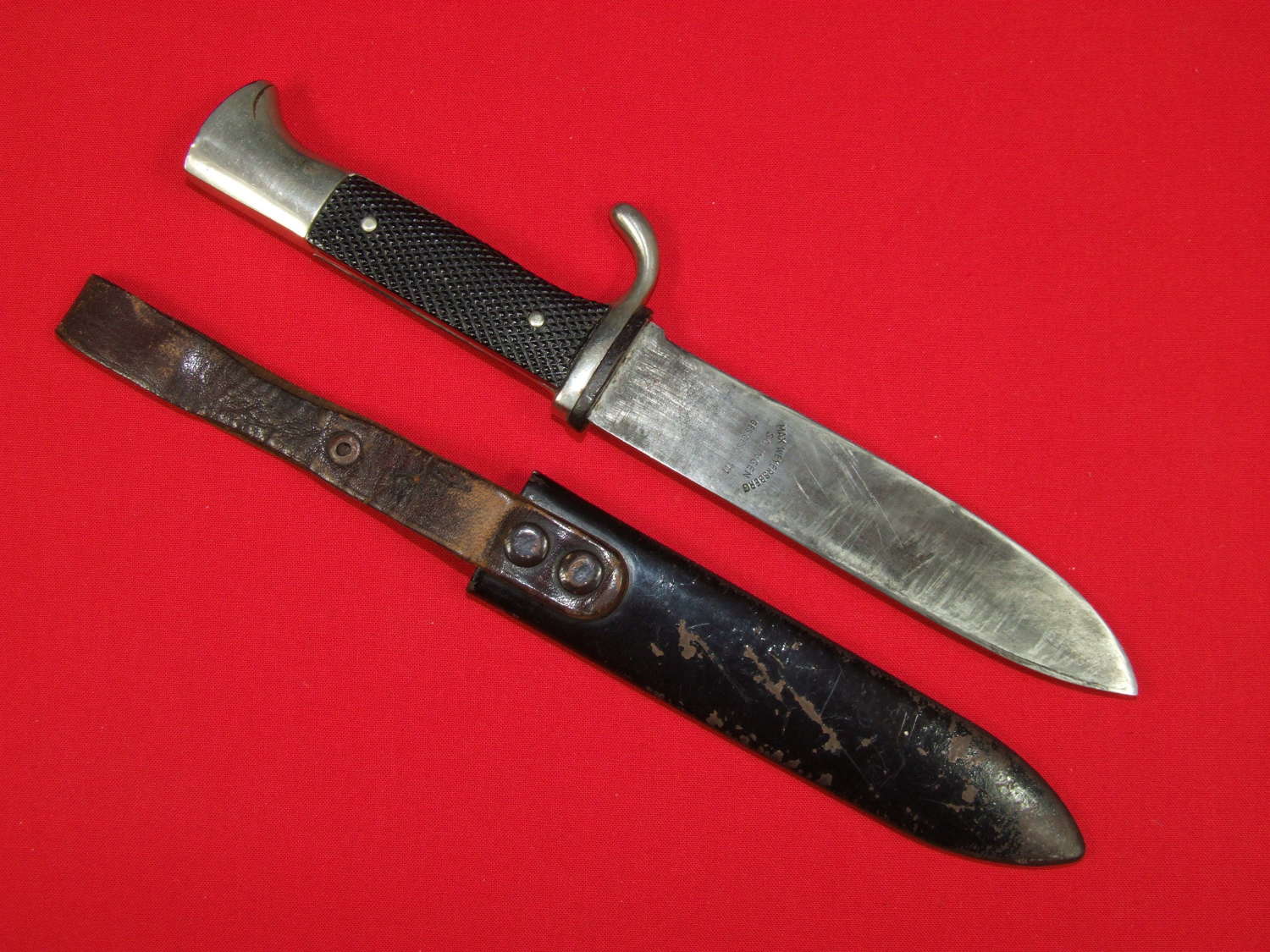 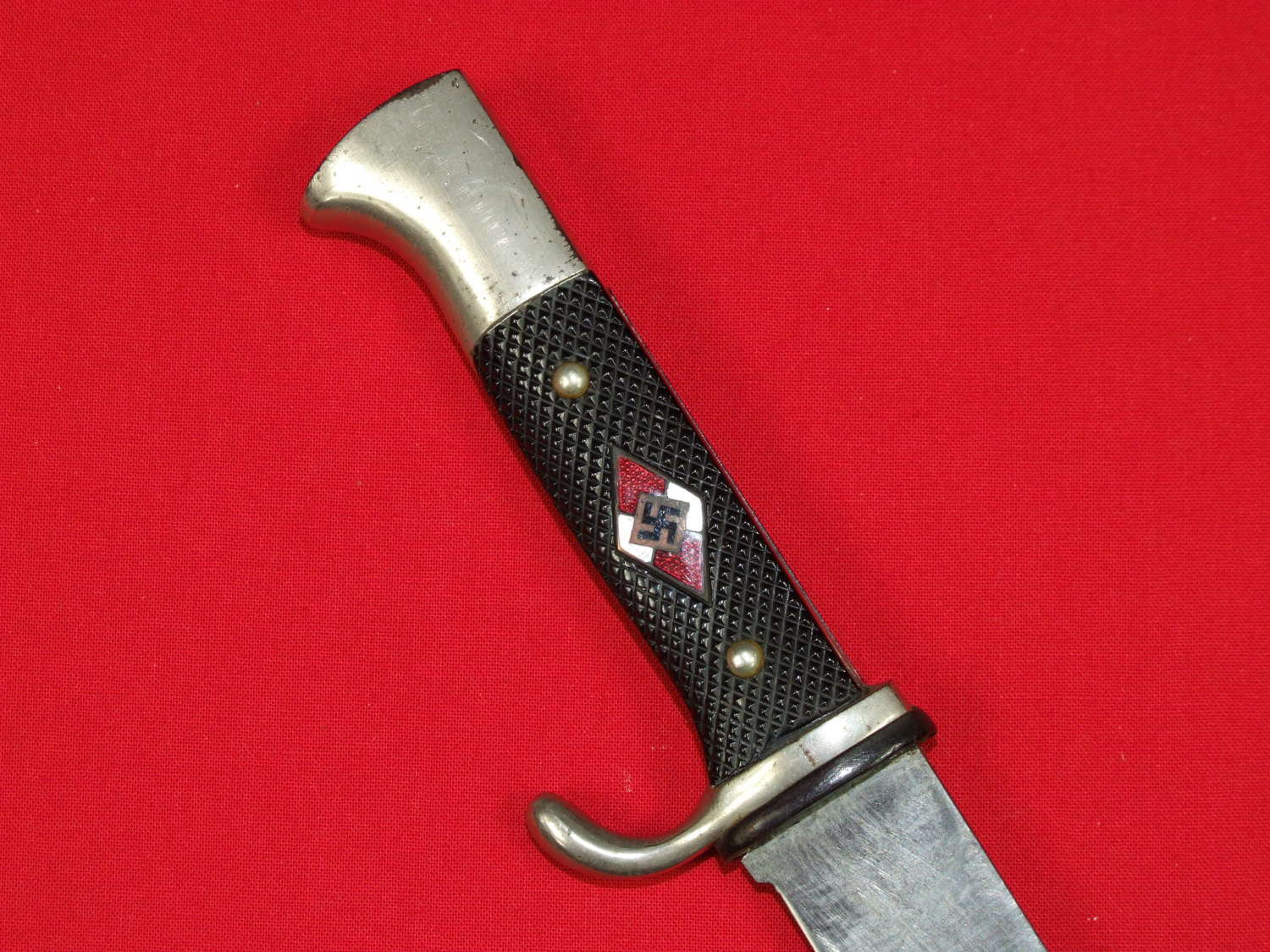 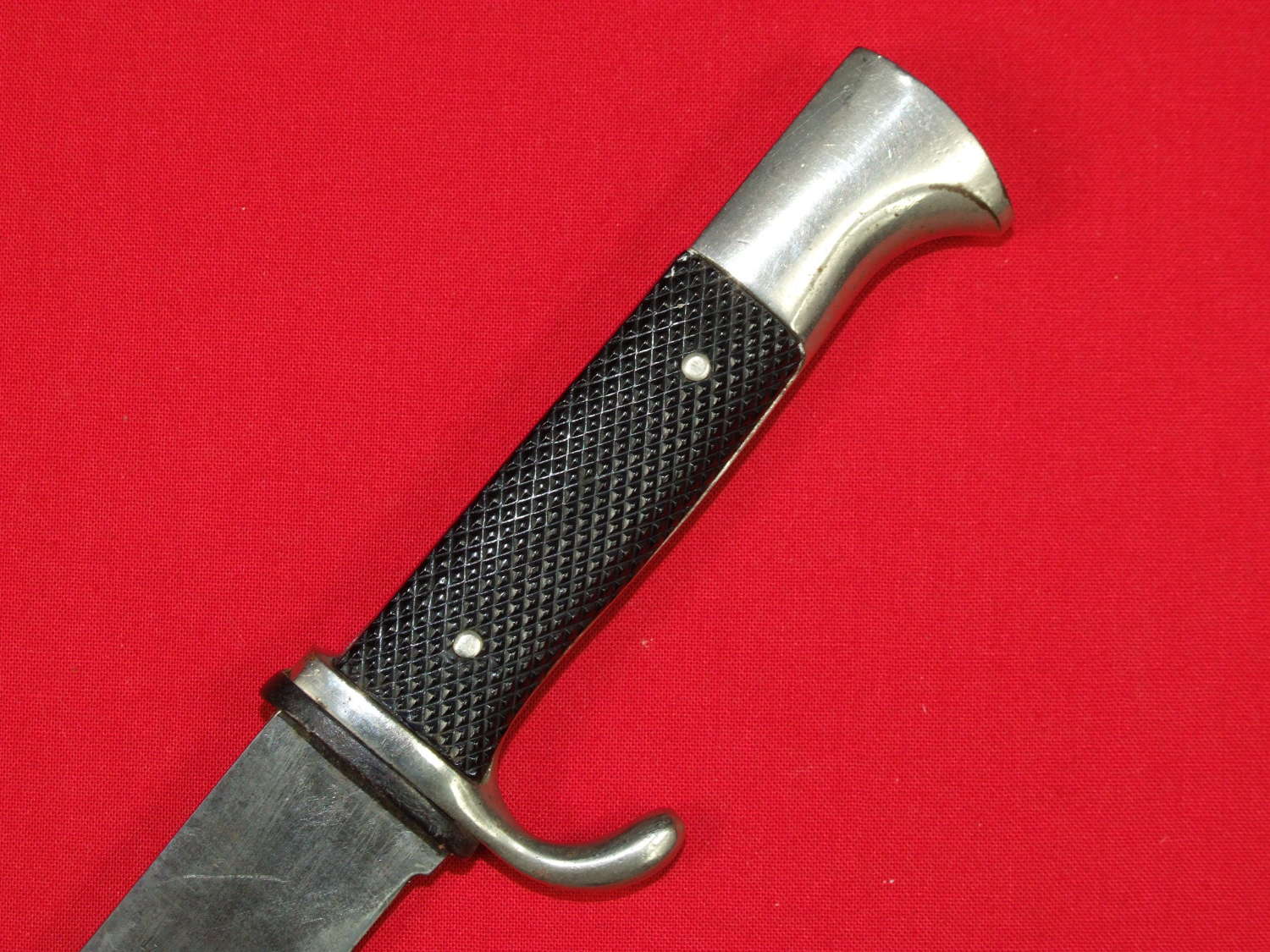 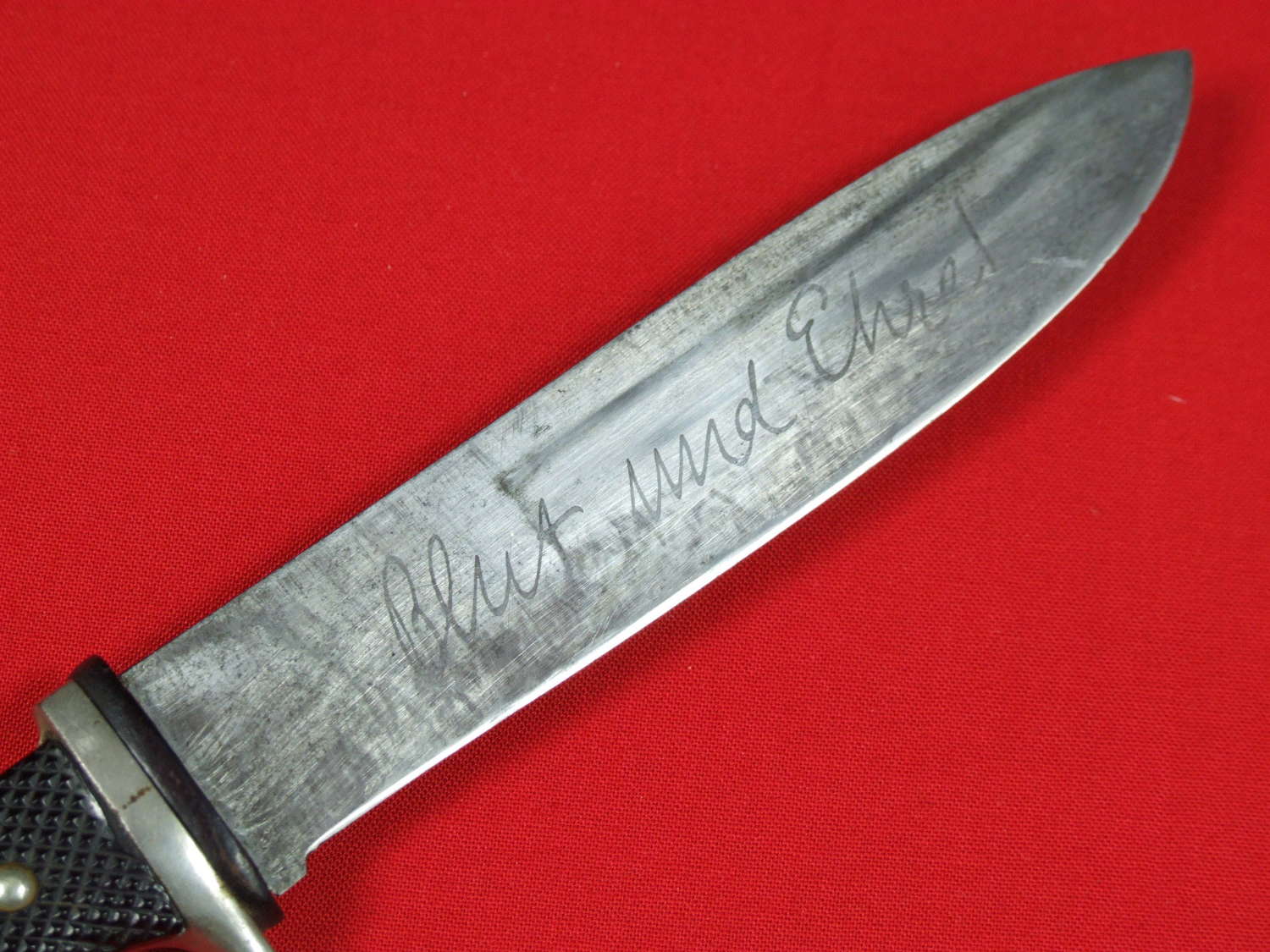 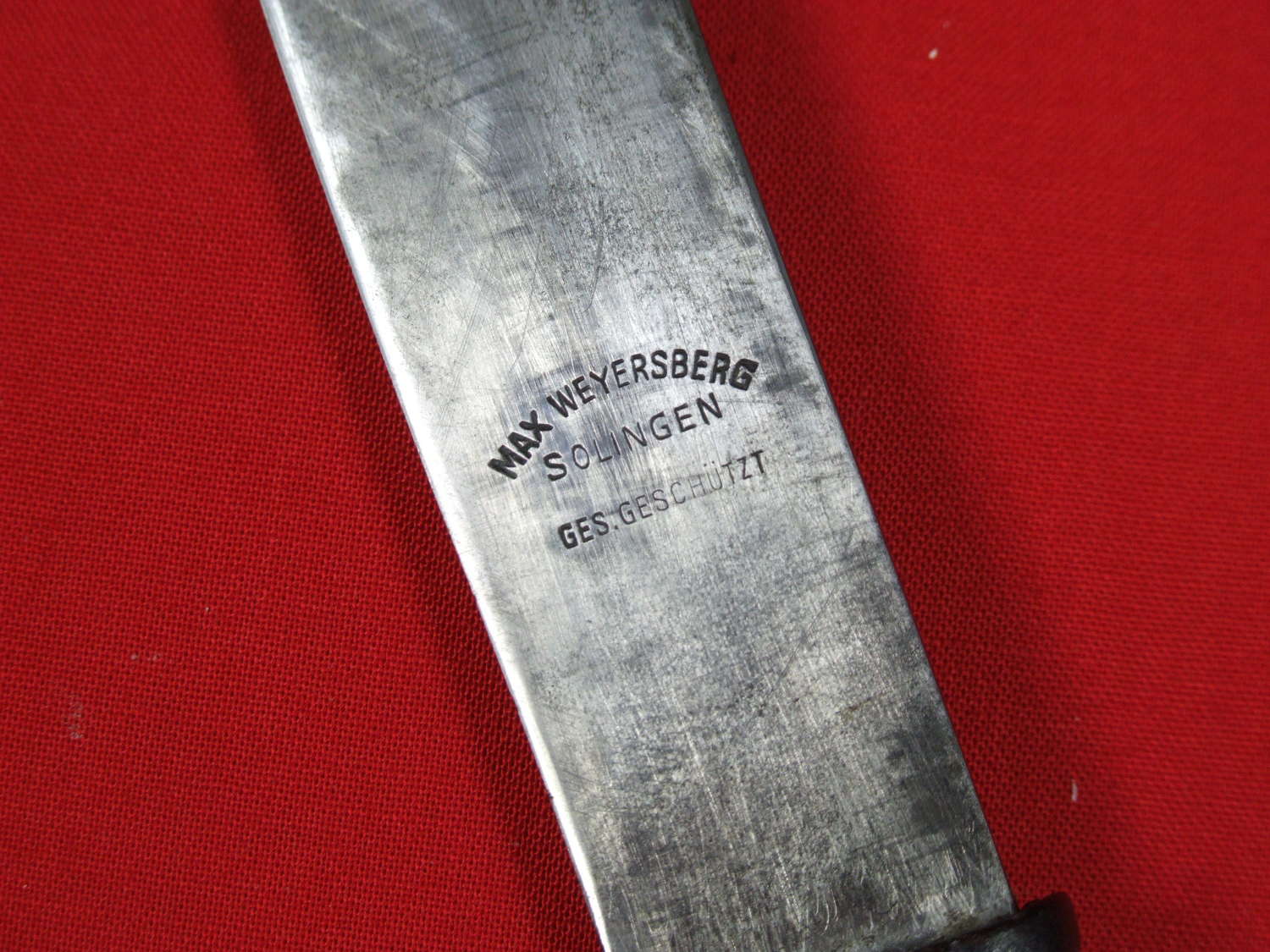 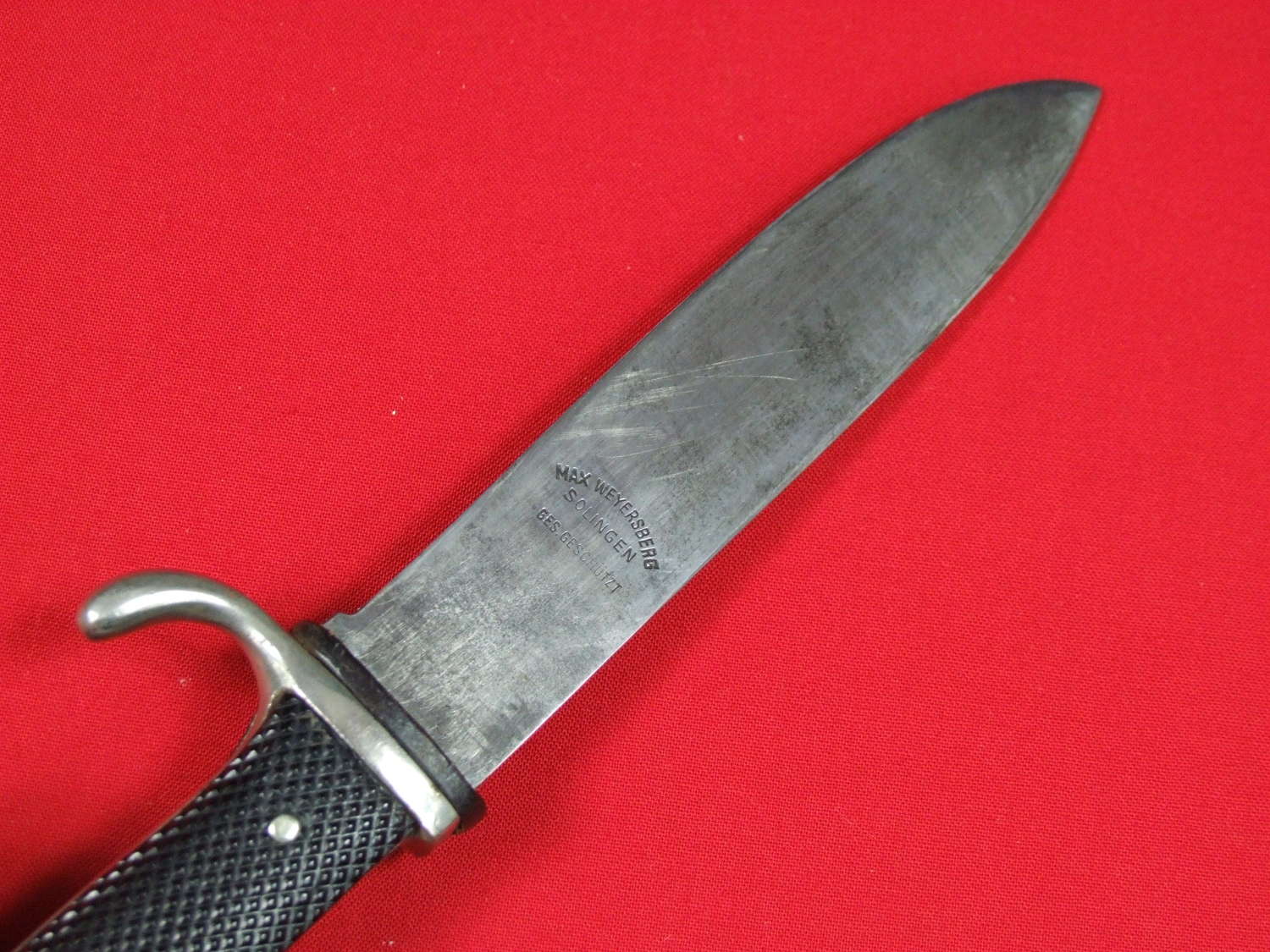 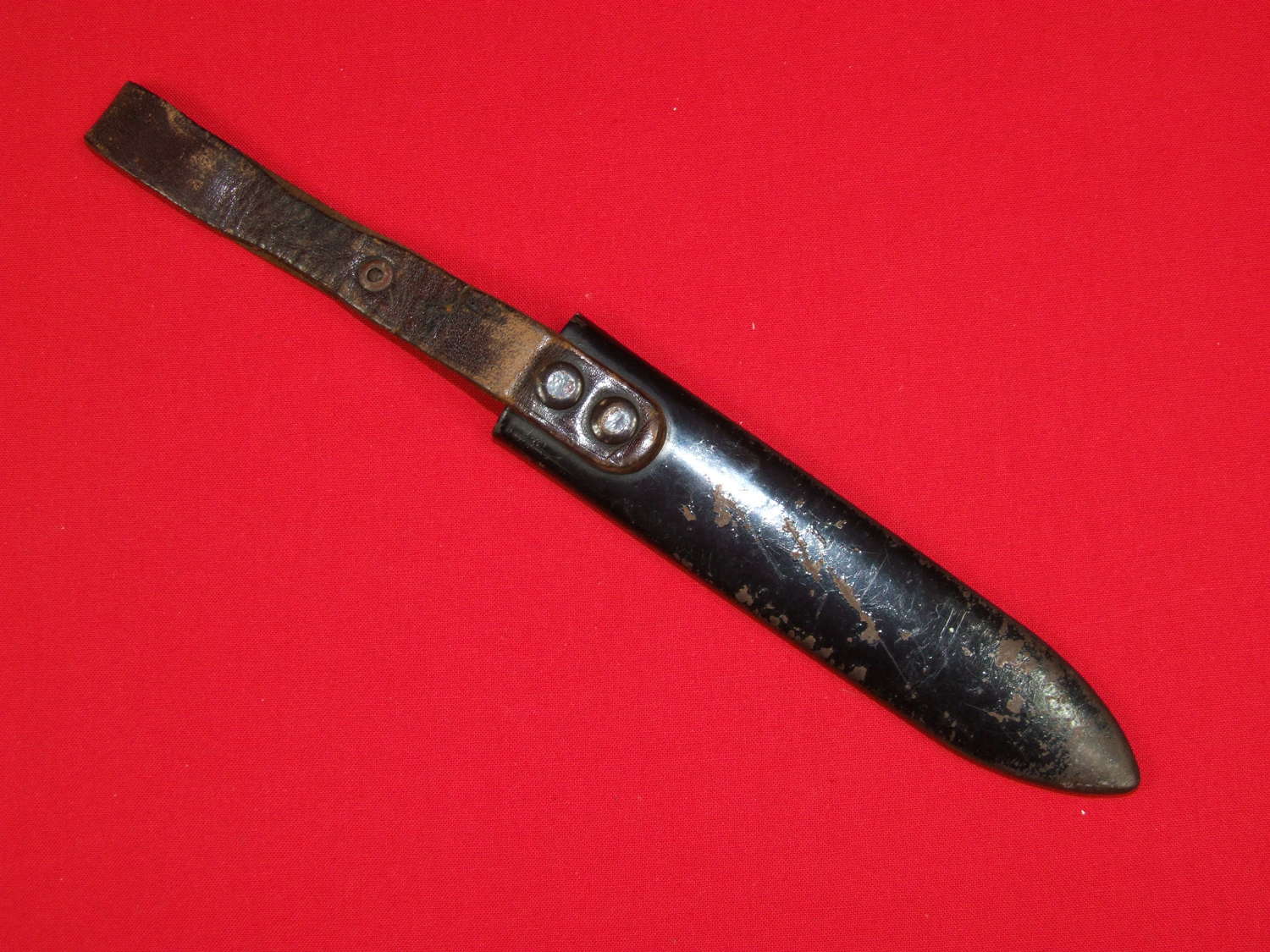 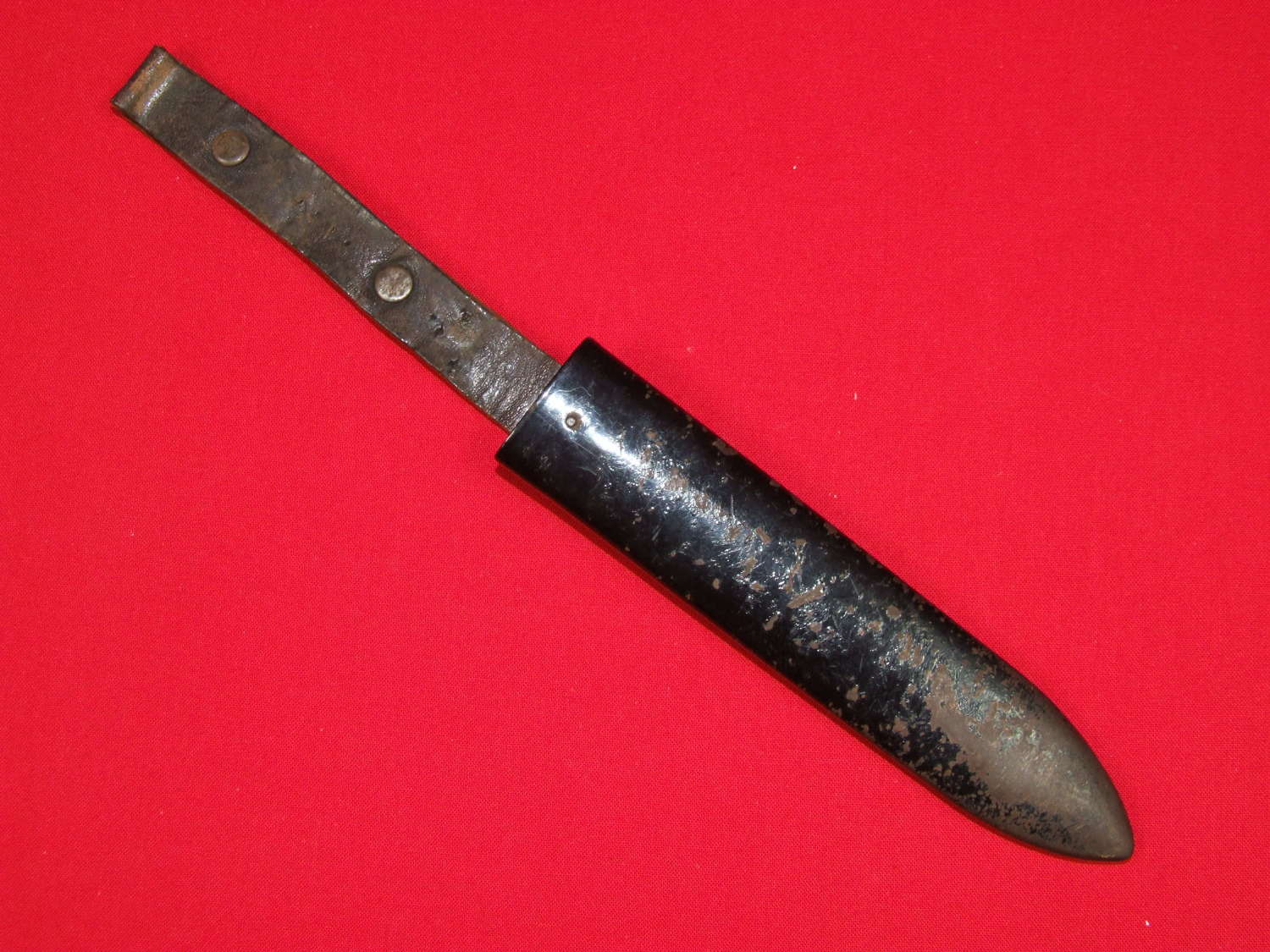 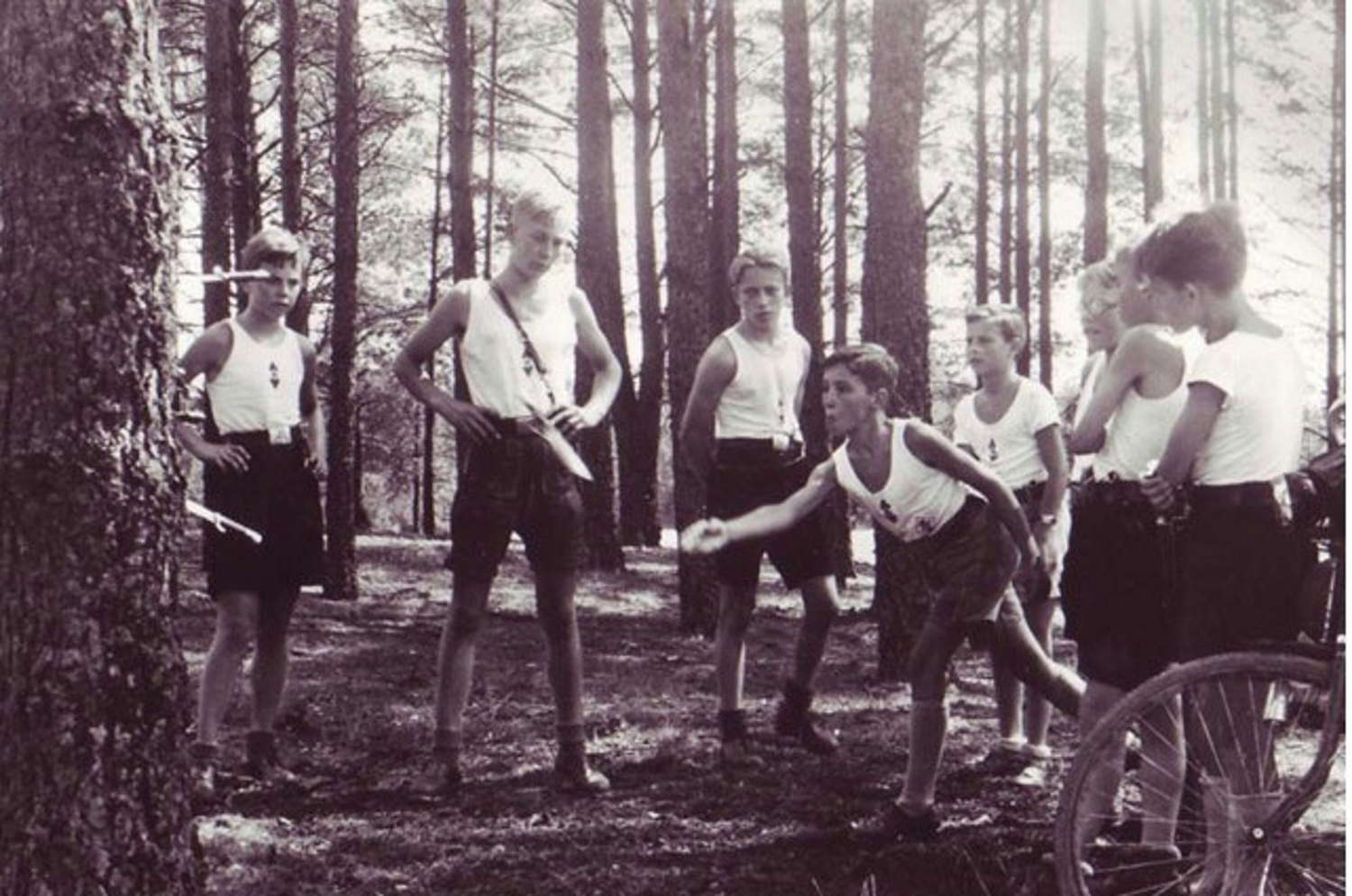